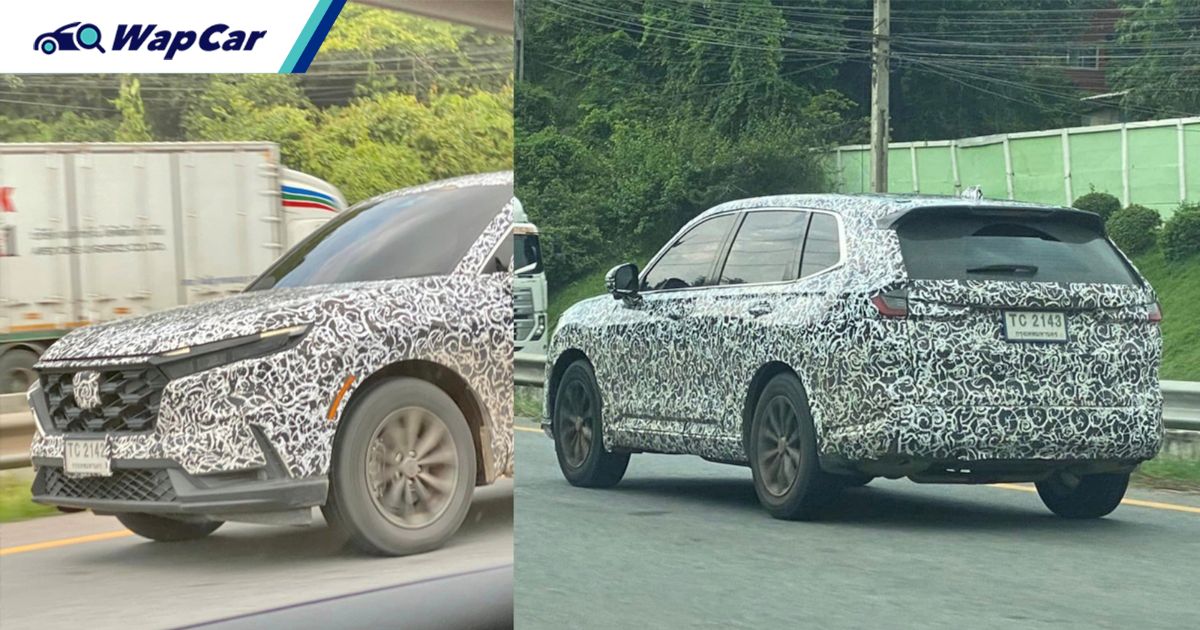 We’re inching ever closer to the regional debut of the all-new sixth-generation 2023 Honda CR-V. The SUV was spotted testing in Thailand once again and we speculate that the different exhaust tip design is a clue that Honda Thailand could be selling two engine options.

The latest round of spy shots was uploaded by Facebook user Jeerasak S. Though both cars were heavily camouflaged, there is no mistaking the cars for anything else but the all-new CR-V as they bear resemblance to the model that made its debut in USA and China. 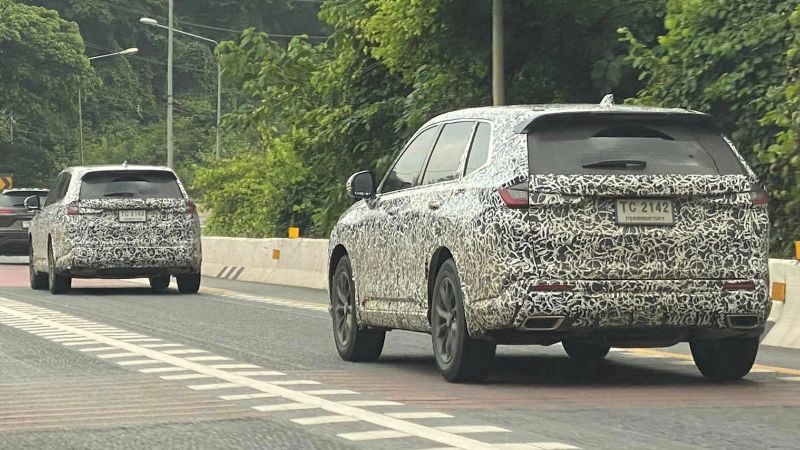 But we’re more interested in the rear-end shots. One car has hidden exhaust tips while the other features two visible exhaust surrounds and reflectors above it.

Comparing the spy shots next to official images from Honda USA, the SUV with the hidden exhaust tip could likely be the 1.5-litre turbocharged variant known as the CR-V EX-L. The powertrain produces 193 PS and 243 Nm and is mated to a CVT.

Meanwhile, the SUV following behind with visible exhaust surrounds looks to be the 2.0-litre hybrid variant known as the Sports Touring. The 2.0-litre engine is mated to two electric motors and has a combined output of 207 PS and 335 Nm.

If our assumption is correct, that could mean that Honda Thailand is planning to launch two engine options, similar to the Honda Civic and the Honda Accord. Both models are available in hybrid and standard combustion engine guises, unlike the Honda HR-V which is only available as a hybrid.

With the Honda CR-V looking at a launch in end 2022 or early 2023 in Thailand, we can only assume that the SUV won’t be launched in Malaysia until perhaps end 2023. This takes into account the lead time it takes to prep for local assembly (CKD).