HomeNewsSpied: Is that the all-new 2022 Honda HR-V with VTEC turbo? 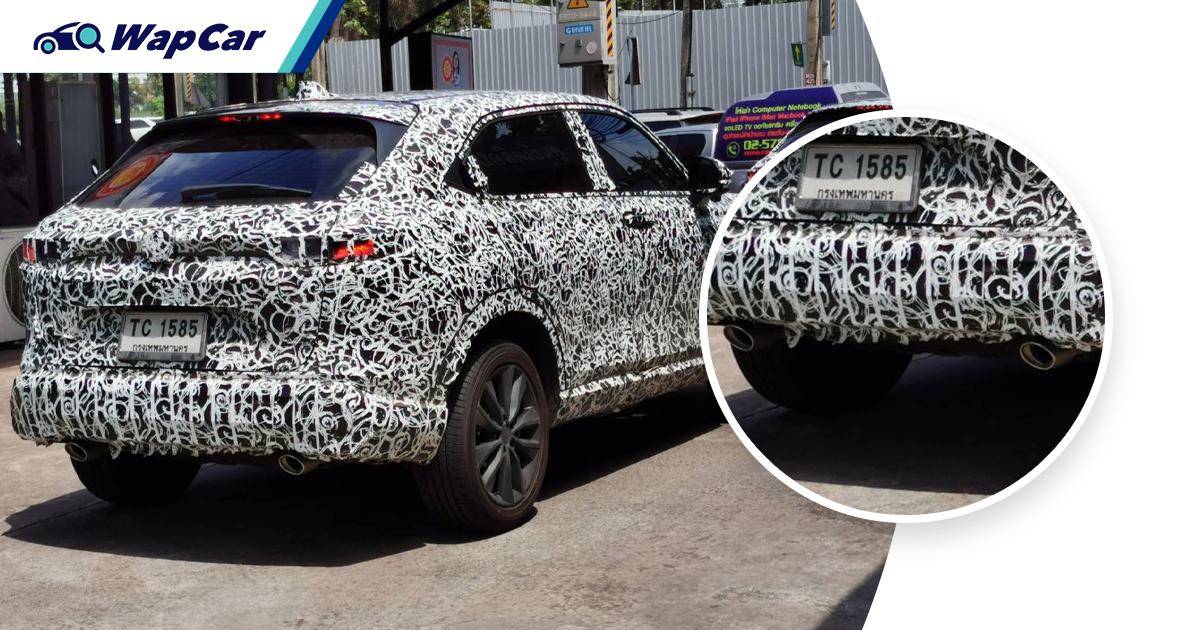 Looks like we’re getting ever closer to the launch, as the all-new 2021 Honda HR-V has been spotted testing in Thailand again. But there’s more, the spy shots of the HR-V also revealed that the SUV features two exhaust pipes. Does this mean that a turbocharged engine will be added to the engine line-up?

Currently, the all-new Honda HR-V is offered with two engine options, the e:HEV hybrid and a 1.5-litre naturally aspirated engine for the HR-V G variant. Both engines only have single exhaust pipe.

The only time a Honda HR-V came with two exhaust pipe was on the turbocharged version of the previous HR-V that was available only in Europe and later Japan.

This is not the first time the third-generation HR-V was spotted in the land of smiles, previously the SUV was caught testing around the vicinity of Ayutthaya, Thailand, just weeks after the global debut in February.

If our speculations are right, the dual-exhaust pipes might be a hint that Honda will be debuting a 1.5-litre turbocharged engine for the all-new HR-V.

This is not the first time Honda installed a turbo in the HR-V, a turbocharged version of the HR-V was previously available only in Europe before Honda launched a Japan-only HR-V Touring in 2019.

Since the SUV was spotted testing in a hot climate country like Thailand, this could mean that Honda might make it available worldwide.

Closer to home, the all-new HR-V was originally slated to launch in the first quarter of 2022. But plans have since changed due to the Covid-19 pandemic.