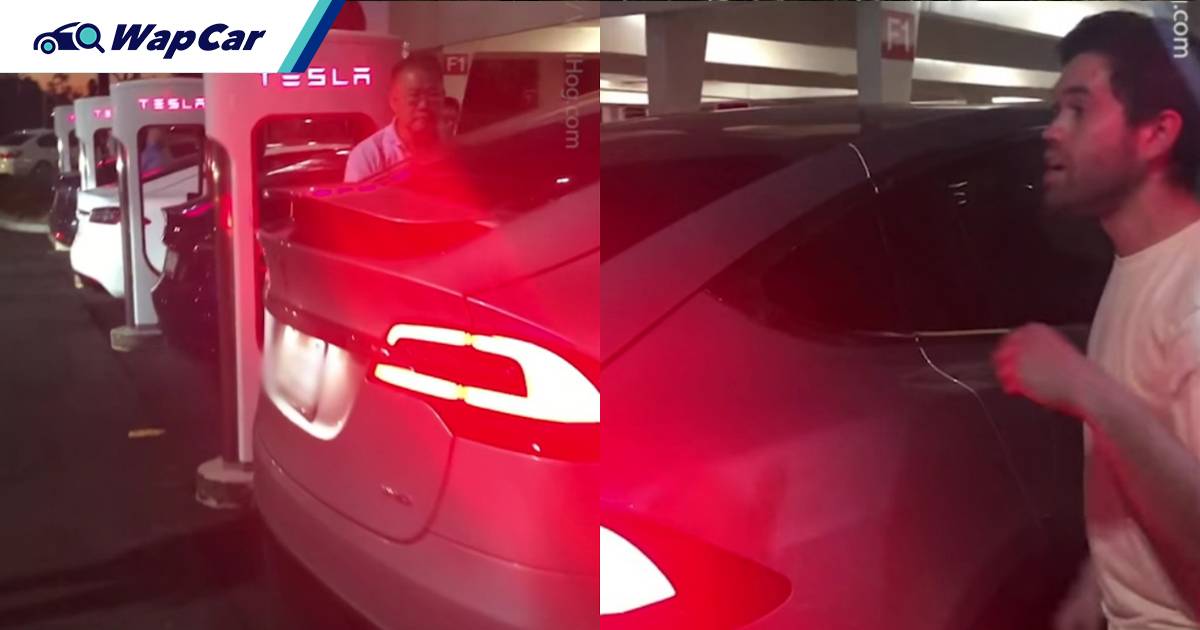 Looks like fighting over charging stations are becoming a common thing, a video uploaded on the Daily Mail’s Facebook page shows two Tesla owners feuding over a Tesla Supercharger fast-charging port. It is believed that the feud happened at a charging station in America.

Previously, we reported that tension was running high amongst electric vehicle (EV) owners in China. EV owners were caught in massive congestions as the city dwellers head back home during the Golden Week holiday.

Several EV owners were seen fighting over charging ports at charging stations while photos of families having to sit on the side of the road when traffic was at a standstill to save energy for the journey.

If China, the fastest country in adopting EVs but yet a week-long holiday can prove that the infrastructure is just not ready for full EV adoption yet, it’s not a surprise that other countries are also facing the same issue.

But the EV charger shortage has been a looming concern since the end of last year according to various media reports dating back to December 2020.

In Britain, experts have long seen signs that the charging infrastructure is falling behind due to various factors like the Covid-19 pandemic. With the lockdown in place, authorities were unable to work and this has badly affected the installation of charging points in the UK.

With countries declaring to face out combustion engines by 2030 at the earliest, governments will have to come up with a solution to the charging problems quick.