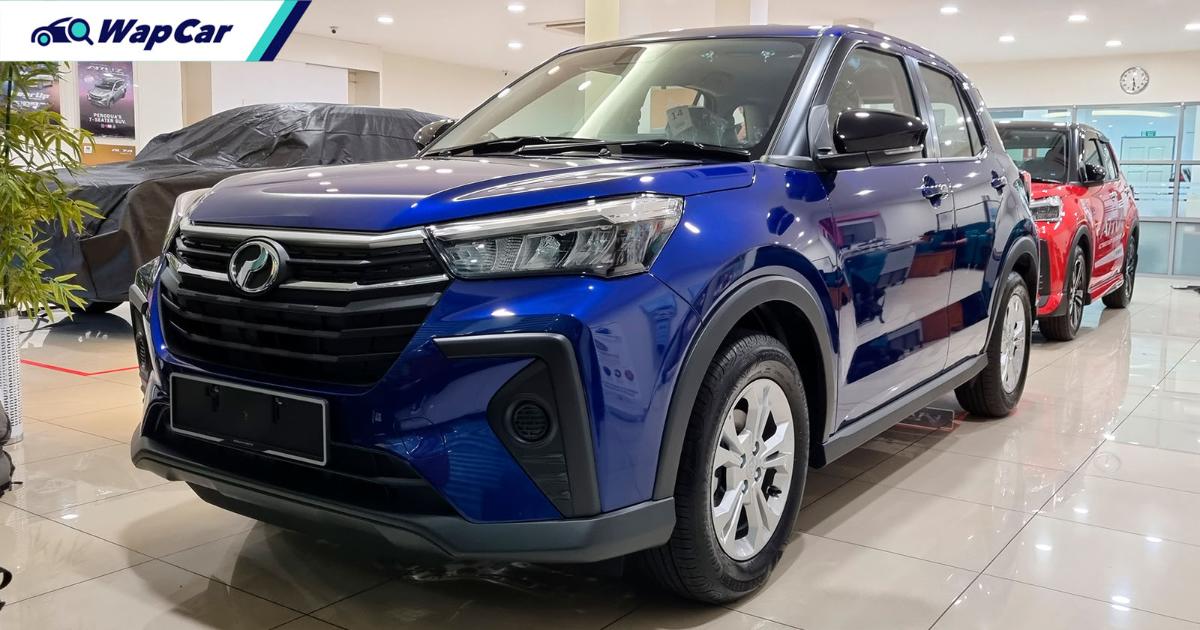 With every passing day, we find out more information about the hotly-anticipated Perodua Ativa/D55L. If you didn't already know, the Ativa boasts a lot of car for not a lot of money. Today, we take a look at the safety features that are on offer in all the variants that will be sold in Malaysia. 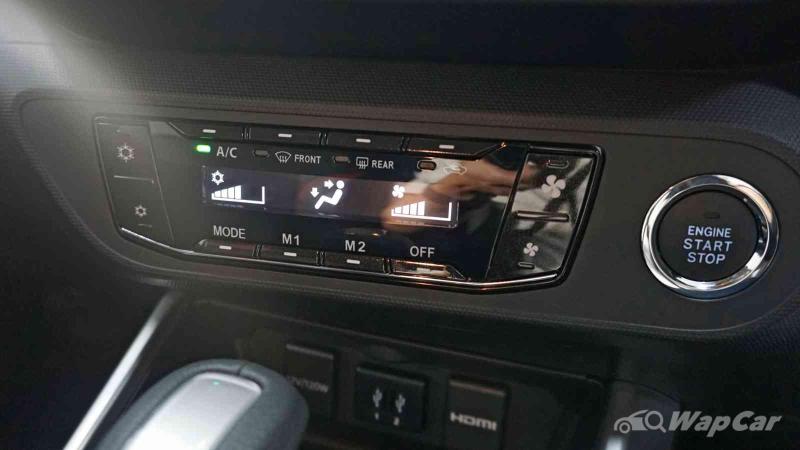 It's quite commendable of Perodua to include the safety systems I consider non-negotiables, which are ABS, VSC and the usual gamut of airbags (front, side, curtain). More impressively, ASA 3.0 is also available across all variants. Imagine, Pre-Collision Warning & Braking (PCW & PCB), Pedal Misoperation Control (PMC), Front Departure Alert (FDA), Lane Departure Warning (LDW) and Autonomous Emergency Braking (AEB), available even in the base model.

Just to highlight how impressive is the Ativa's standard safety features, just have a glance at the chart below comparing it against the Proton X50. In the base X50, you do not get any form of ADAS and only 4 airbags. Want ADAS? You have to fork out for the X50 Flagship. 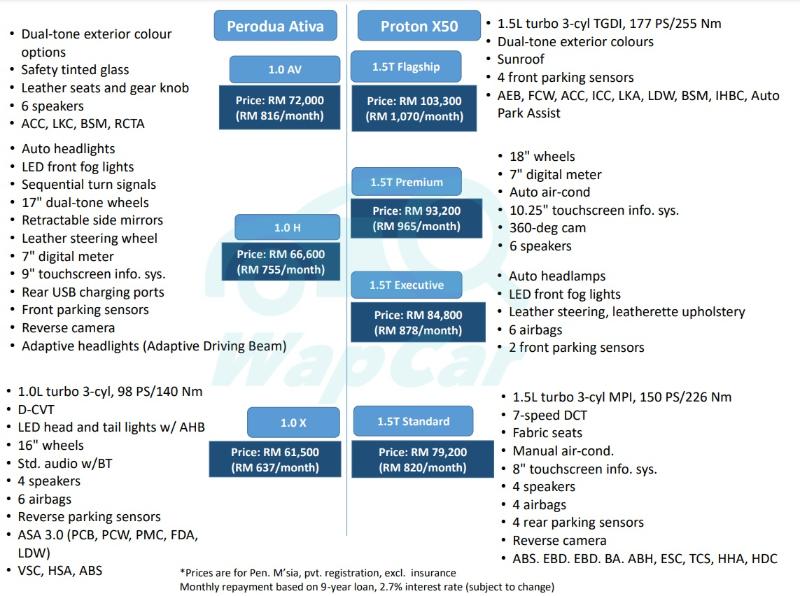 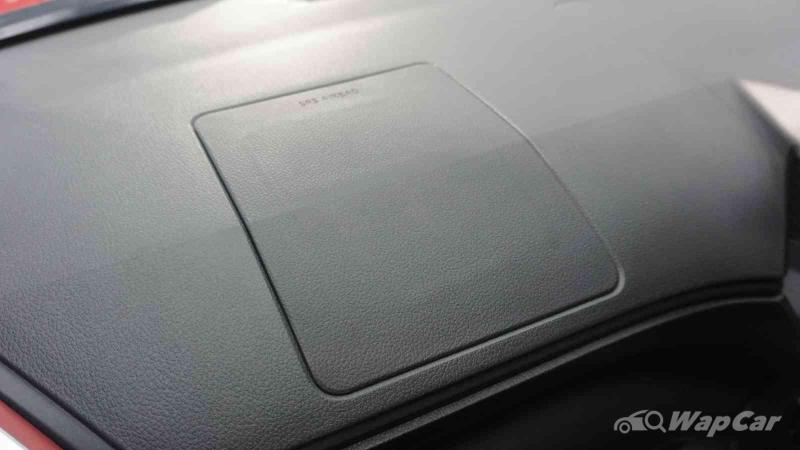 Of course, it's a given that the AV variant will get even more goodies. And so, the range-topper gets Adaptive Cruise Control (ACC), Lane Keep Control LKC), Blind Spot Monitor (BSM), and Rear Cross Traffic Alert (RCTA). It's also important to note that Perodua now groups these advanced safety systems under one suite, called the Perodua Smart Drive Assist. Think of it as Perodua's version of Honda Sensing or Toyota Safety Sense. 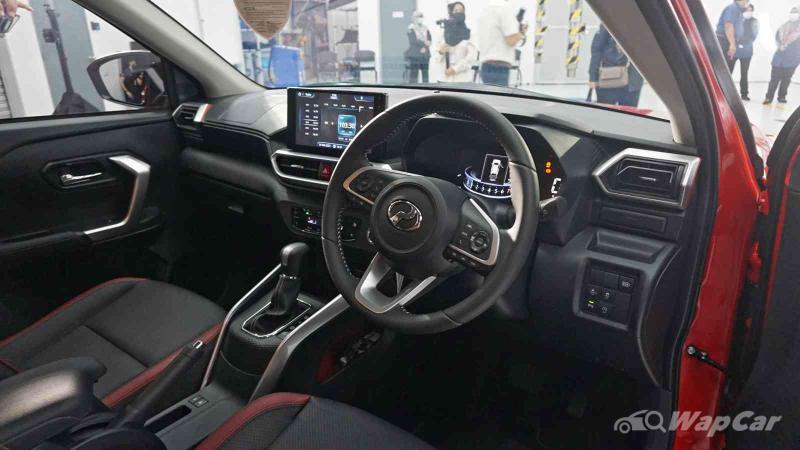 The base X variant and middle H variant are identical when it comes to safety features. We've taken the liberty to map out a simple table below to chart the differences of safety equipment between the all the variants of both the Perodua Ativa.

Which one to get? 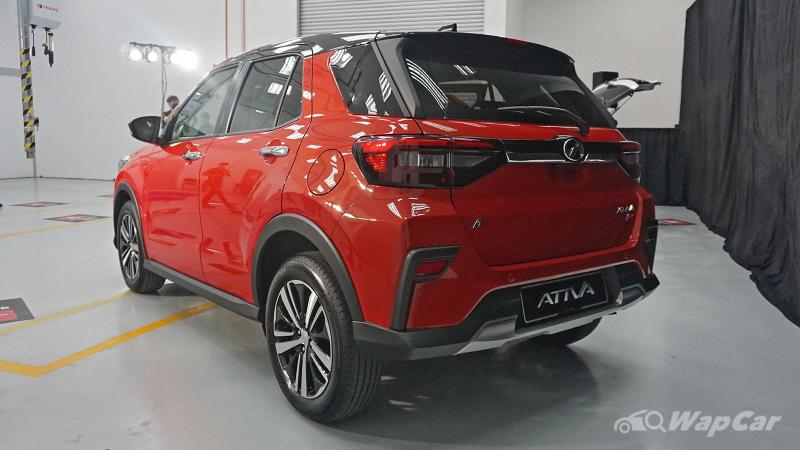 Were it my money, I will want all the fancy stuff like Adaptive Cruise Control (a first in this price point), Blind Spot Monitor, Rear Cross Traffic Alert and Lane Keep Control that the AV variant has. That said, you won't feel shortchanged going with the X or H variants, in terms of safety anyway. It's worth repeating that for the asking price, Perodua has outdone its competitors in this aspect. 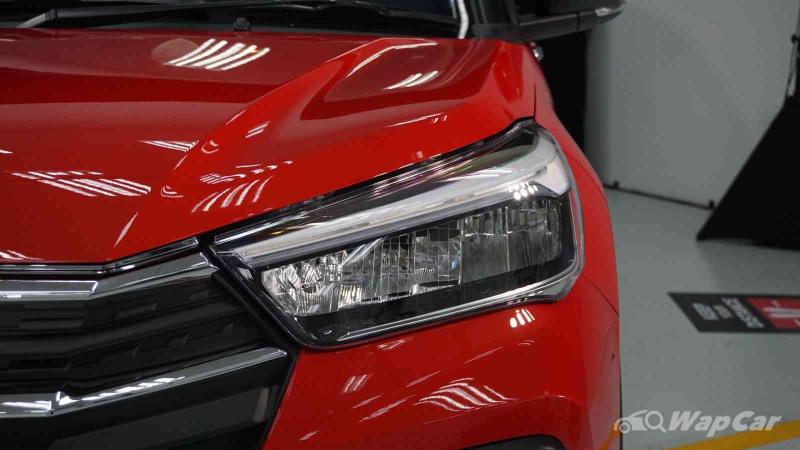 To recap, the Perodua Ativa is powered by a turbocharged 1.0-litre three-cylinder petrol engine that does 98 PS and 140 Nm. The sole transmission option is a CVT-type automatic that sends drive to the front wheels. Prices range from RM 61,500 to RM72,000 (on-the-road, without insurance).

Any way you look at it, the Perodua Ativa is a pretty compelling buy. That it comes packing so many standard safety features just makes its case even stronger. Expect to see this model flood our roads in the near future.