HomeNewsThe AE86 wasn’t the only Toyota Trueno made, meet its older and younger brothers!

The AE86 wasn’t the only Toyota Trueno made, meet its older and younger brothers! 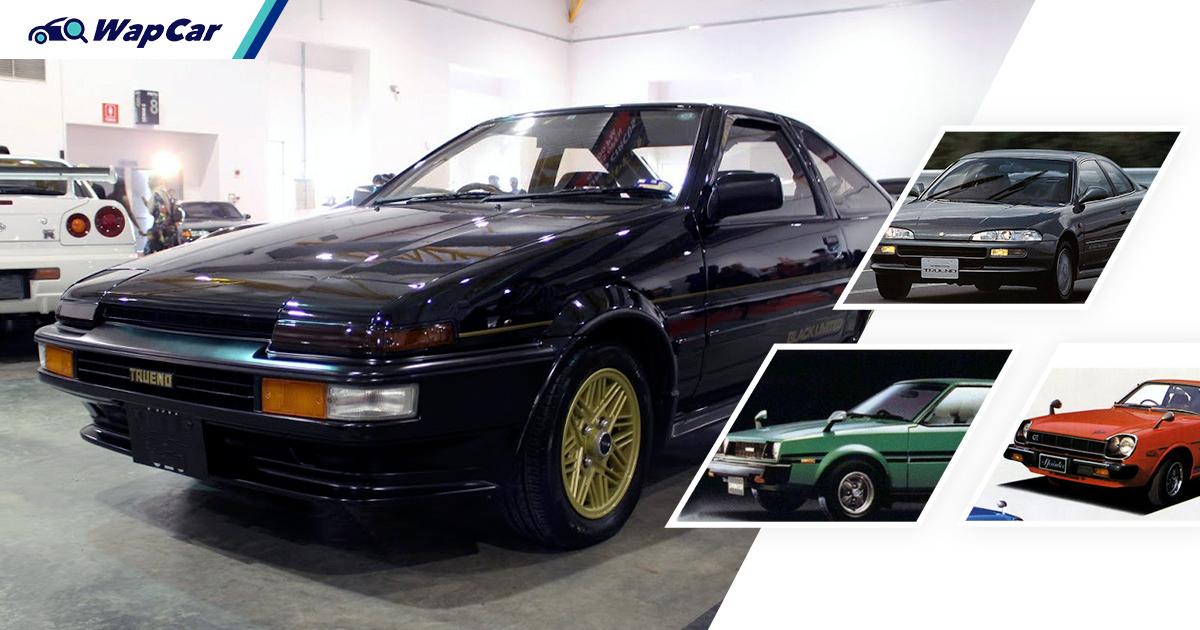 The Toyota AE86 Sprinter Trueno is a Japanese automotive icon that captured the hearts of many car fans with its skills sliding around Mt. Akina in Initial D or even in drifting competitions around the world. 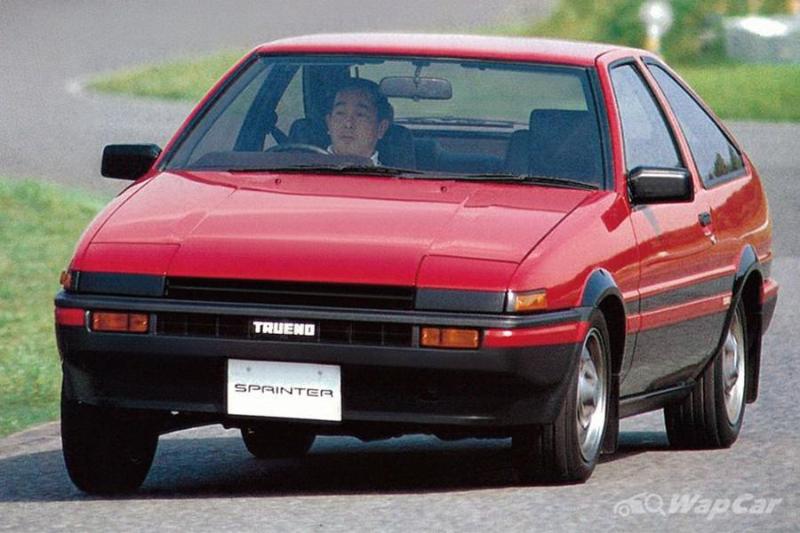 Its perfect mix of rear-wheel-drive and the fantastic 4A-GE made it a match for enthusiasts wanting a piece of car culture. However, the AE86 wasn’t the only Trueno that Toyota made and the coupe has been special throughout the Sprinter’s lifespan. 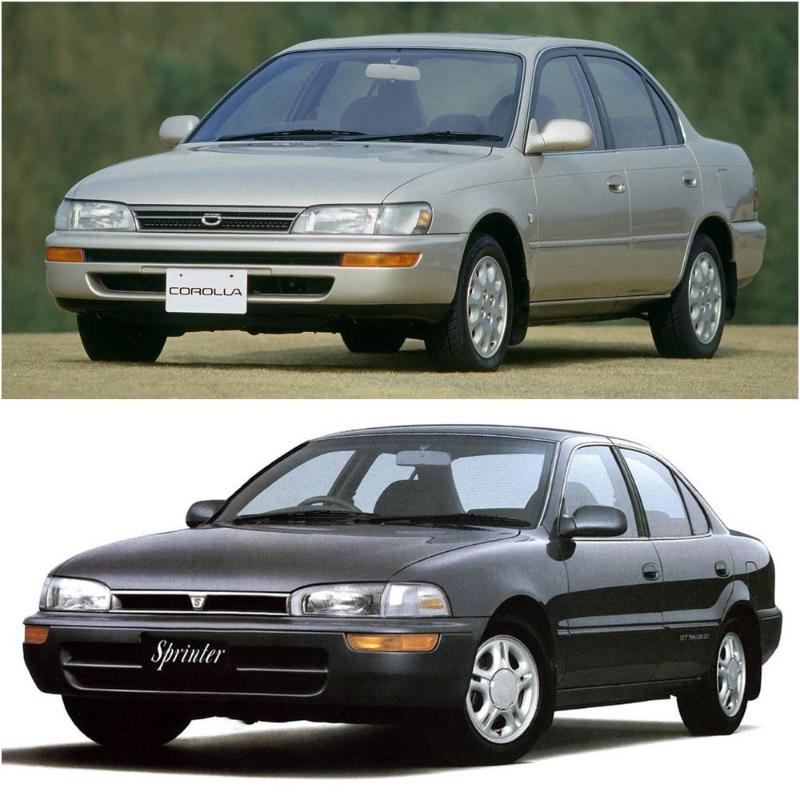 The Toyota Sprinter is basically the sportier twin of the Toyota Corolla and is only available exclusively for the Japanese market. It was even sold under a different dealer network, the Toyota Auto Store, which later on became the Toyota Netz Store. Meanwhile, the Corolla was sold in the eponymous Corolla Store. 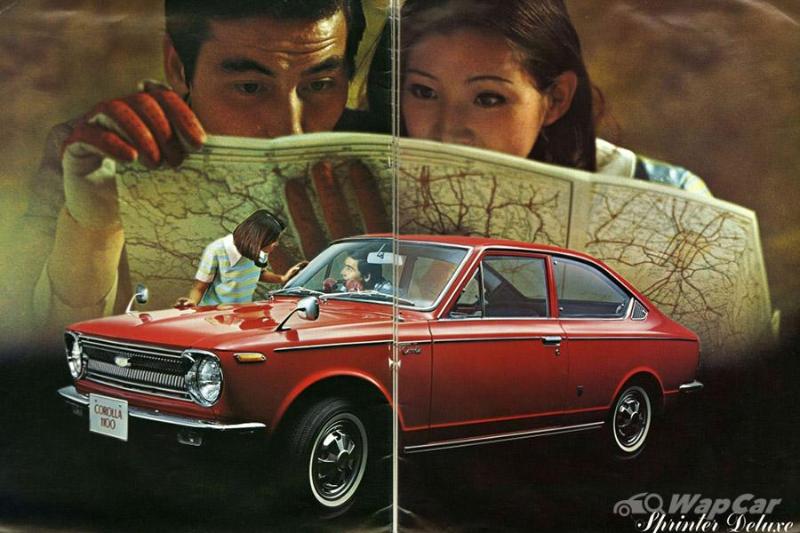 The Sprinter initially started life as the coupe version of the first-gen Corolla, the KE10. It was called the Corolla Sprinter and this was the only time the Corolla name was included. 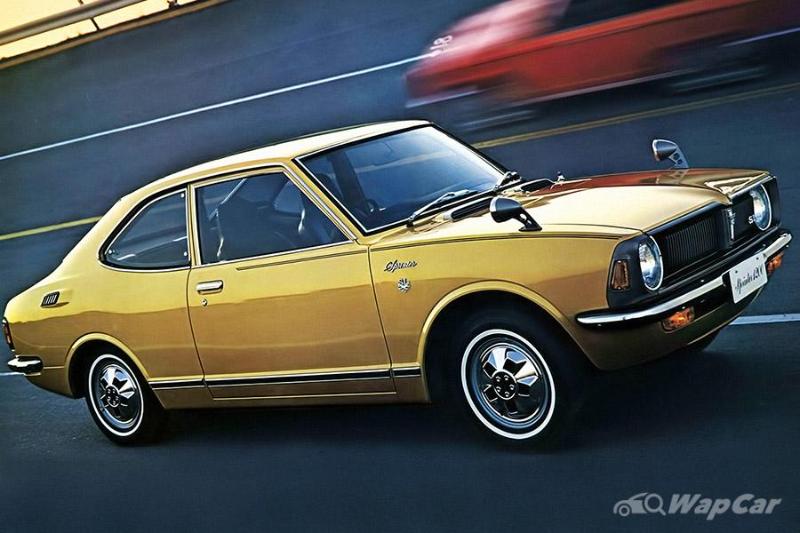 Eventually, Toyota decided to split the names up from the second-generation onwards. It was during this time that the famed Trueno name was introduced on the Sprinter alongside its Corolla twin, which was called the Levin.

The first Sprinter Trueno mostly kept the same overall design as the Corolla Levin with a few minor cosmetic changes. Both models were only available as two-door coupes. 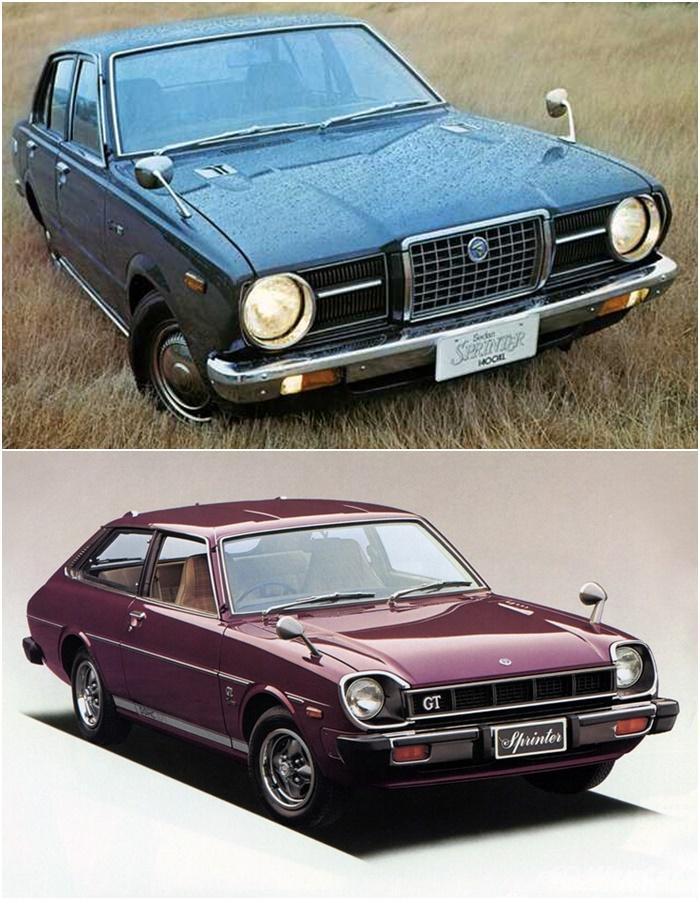 In 1974, the third-generation Corolla, the KE30 was introduced. In the case of the Sprinter, the design for the sedan was different from the coupe and liftback variants. The former received an upright front grille design while the latter used a more aerodynamic design. 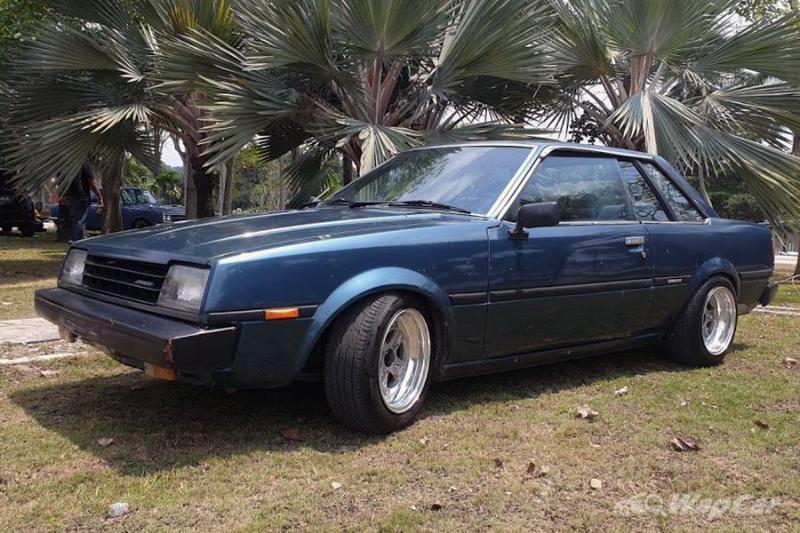 In 1979, Toyota introduced the wildly popular KE70 Corolla and the model continues to be the choice for newbies wanting to try their hands on automotive projects until today. The KE70 Sprinters were rare but equally iconic and a few were brought over into Malaysia through imports.

Also read: Meet the TE71 - The faster Corolla KE70 that costs almost as much as a new 2021 Toyota Corolla 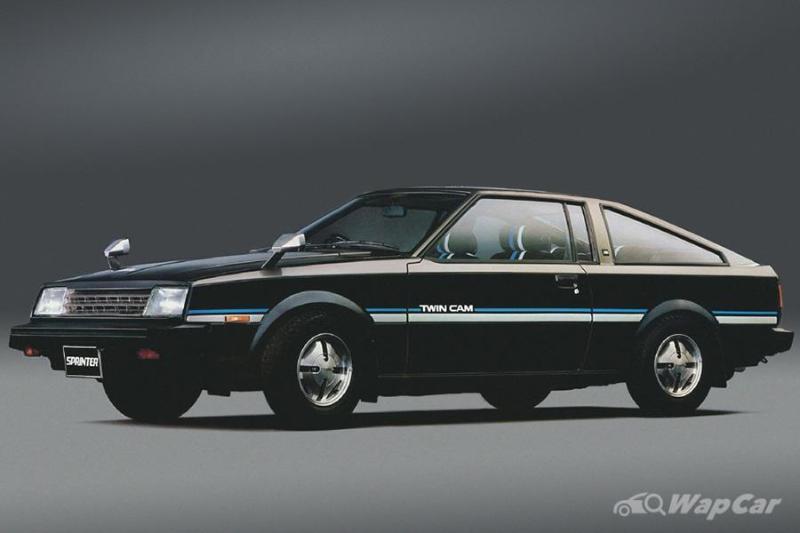 The E70 Trueno and Levin were available only as a 3-door coupe. This time, to cope with emission regulations, some variants were equipped with electronic fuel injection in the form of the 2T-GEU engine. This engine had enough beans to produce 115 PS, making it the most powerful engine in the E70 series until one swapped it for a 4A-GE. 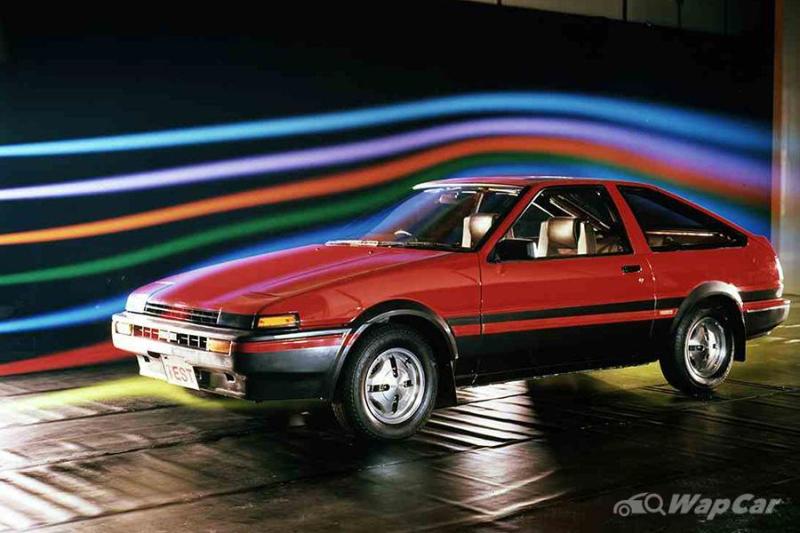 Then in 1983, the Trueno and Levin reached their most ultimate and recognisable forms with the AE85 and AE86. Sporting pop-up headlights (for the Trueno), this became the last-generation of both models to come with rear-wheel-drive.

Billed as the Corolla/Sprinter for the enthusiasts, Toyota really kept their word on that statement as the regular E80 switched to front-wheel-drive. To some fans, the AE85 and AE86 are among the best-handling Toyota models ever and a litmus test for those wanting to learn about control.

The two-door coupe made a return in this generation alongside the liftback. The AE86 with its 1.6-litre 4A-GE engine (130 PS/149 Nm), 5-speed manual gearbox, independent front suspension, and four-link live axle in the rear makes it a perfect combo for a drift superstar, be it on screen or off. 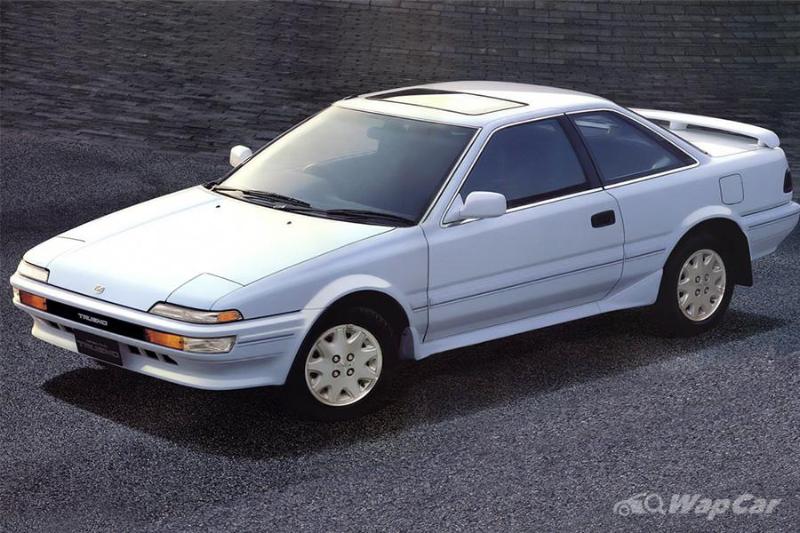 It’s difficult to top something so legendary like the AE86, which is why the subsequent generations of the Trueno/Levin seemed so underwhelming. Switching from rear-wheel-drive (RWD) to front-wheel-drive (FWD) for the AE92 was a bit of heartbreak for most fans but that didn’t mean it should be written off.

This generation introduced the supercharged Trueno GT-Z that was powered by a 1.6-litre 4A-GZE (165 PS/210 Nm). Trading handling prowess for higher performance might not be such a bad barter after all. 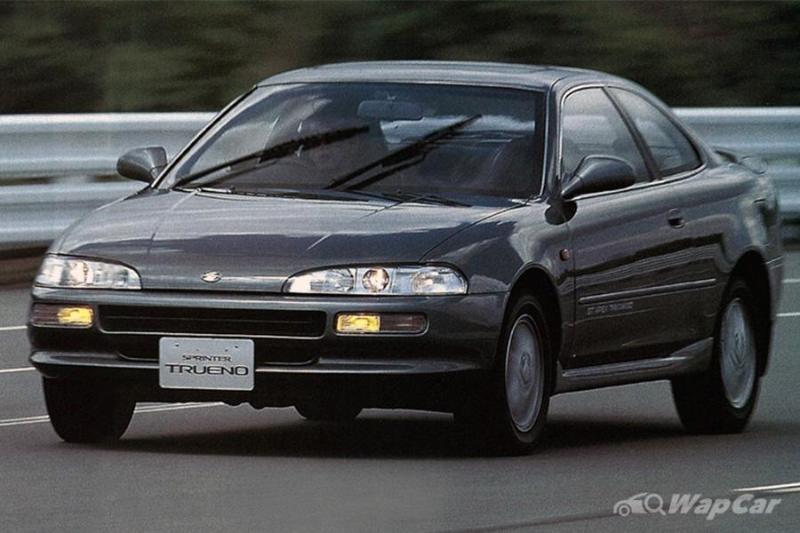 The supercharged engine continued its way to the AE101 Trueno and Levin which at this point simply looked less exciting and more like a generic coupe. Really, the only saving grace for this generation of the coupe is the engines. 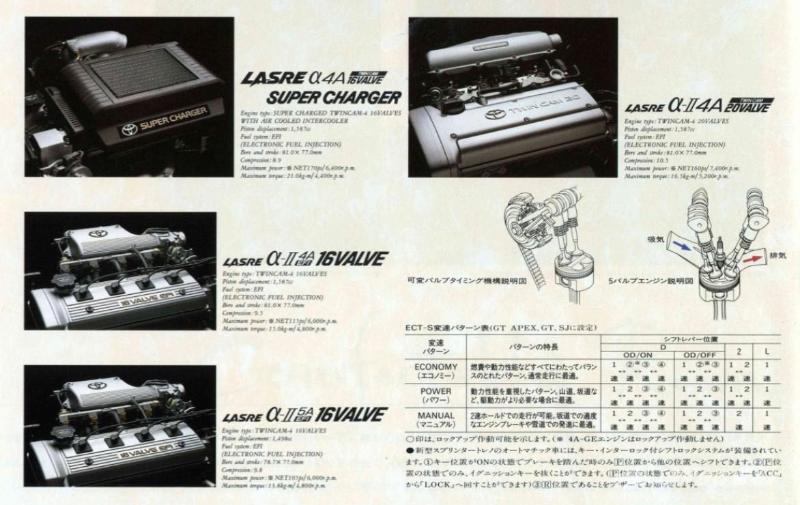 Aside from the supercharged 4A-GZE engine (now producing 173 PS), the 4A-GE was once again improved on the AE101. Sporting Toyota’s Variable Valve Timing (VVT) and a new cylinder head that uses five valves per cylinder instead of four, the Silver Top 4A-GE now produces 157 PS and 162 Nm. 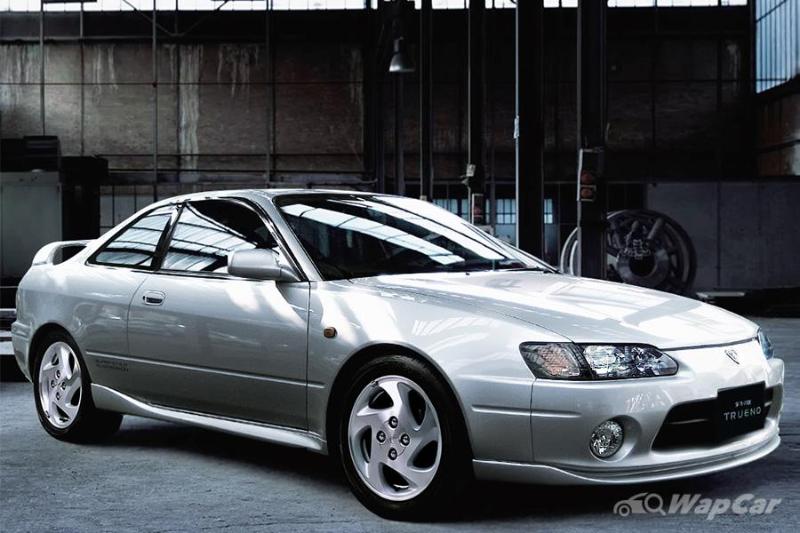 Towards the end of the 1990s, Toyota had decided to end the Sprinter name for good and along with it the Corolla Levin as well. Rather than simply leaving with a whimper, Toyota sought a fitting conclusion to the Trueno name.

The AE111 is still front-wheel-drive, but the glorious 4A-GE engine has been upgraded one last time. The Black Top 4A-GE now churns out 162 PS and an equal amount of torque and this unit is also another favourite among the tuning community. 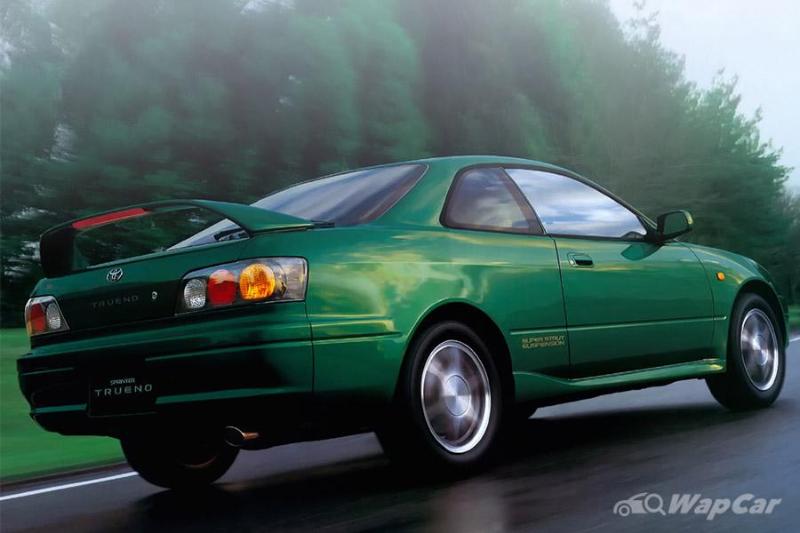 What’s more, the AE111 Trueno is also 70 kg lighter than the AE101 and has a more rigid body thanks to the GOA body. According to some reviewers at the time, the AE111 handled very well and some might think it’s almost as fun as the AE86. 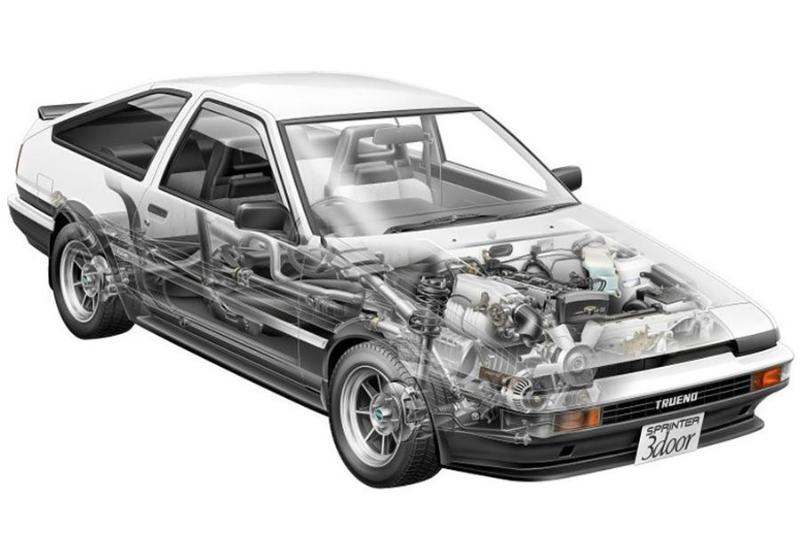 The AE86 might be the most recognisable generation of the Trueno but its story didn’t end just there. Though the generations that followed after are mostly ignored, they shouldn’t really be forgotten even if they have a different driving set-up.