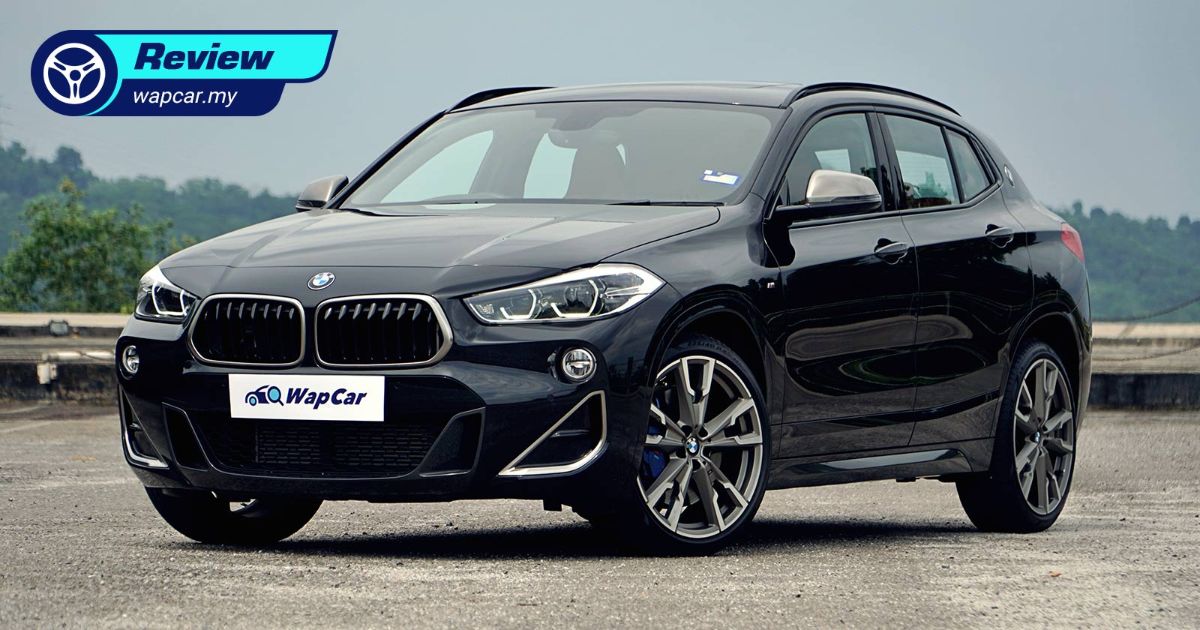 Oxymoron, best described as a self-contradicting group of words like: a lot less, alone together, original copy, and some might say in this instance, fun SUV. 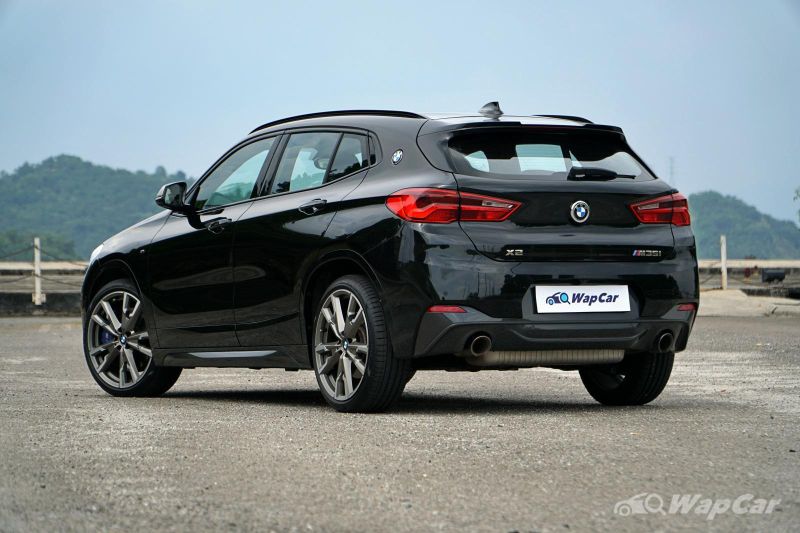 “Enthusiasts” will tell you SUVs are not meant to be fun, at least not in the traditional sense of driving engagement. They provide increased ground clearance for greater off-roading capability but its higher centre of gravity gives them an inherent disadvantage through corners. 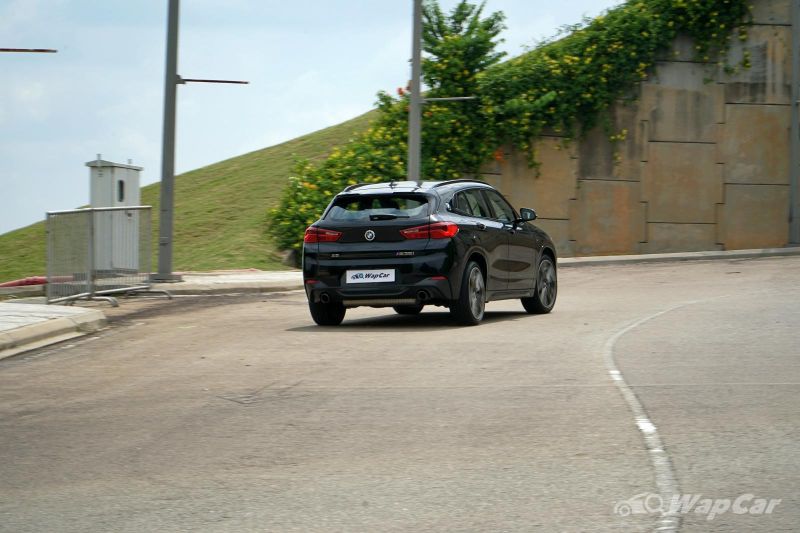 While this writer agrees to a certain extent, the automotive landscape isn’t quite the same as it was, say, two decades ago. SUVs are no longer the lumbering machines that go around corners like boats and the lines between SUV, crossover, and hatchback are becoming blurred. 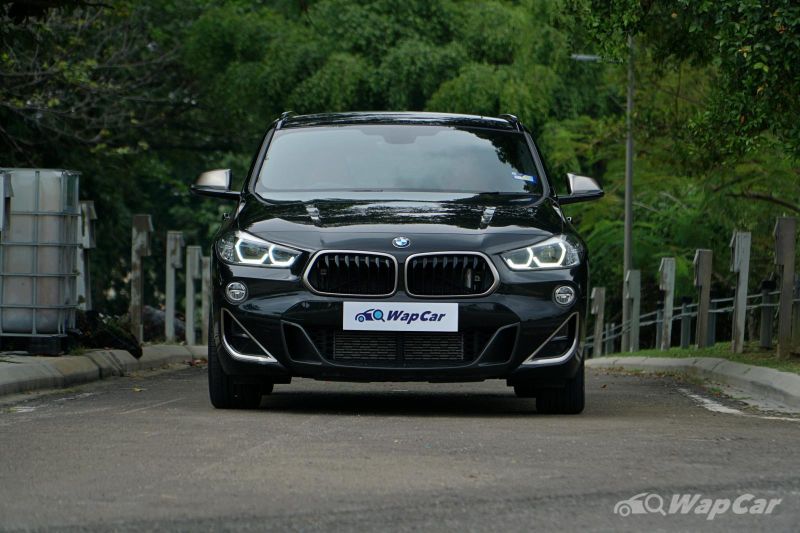 Enter the BMW X2. BMW calls it a Sports Activity Coupe, a sportier version of the BMW X1 Sports Activity Vehicle. But to myself and probably to you as well, it’s an SUV, or a jacked-up hatchback. See what I mean about lines becoming blurred?

Because it’s lower than the BMW X1 and it’s relatively compact, the BMW X2 possesses a sense of athleticism that is typically absent in an SUV. And in the range-topping M35i form, it packs a firecracker of an engine. 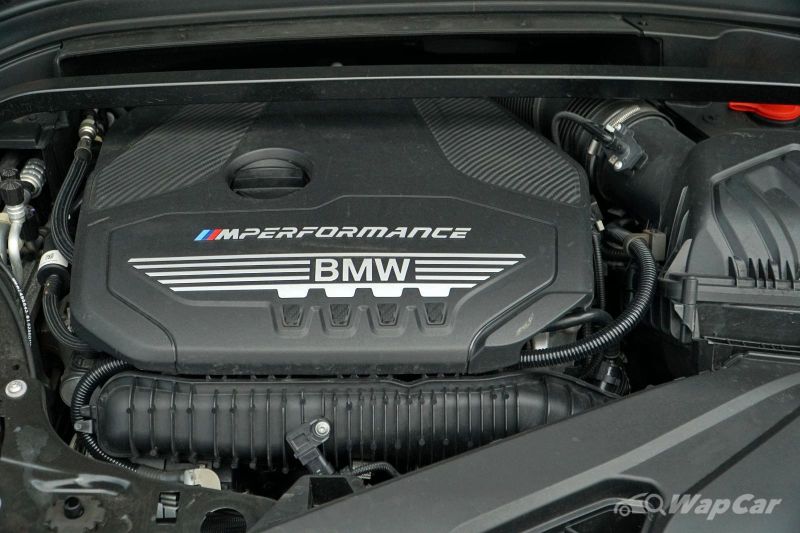 It’s the ubiquitous B48 2.0-litre turbocharged 4-cylinder engine from BMW in its most potent form with 306 PS/450 Nm.  For a car of its size and weight (circa 1.6 tonne), those figures mean that the X2 M35i will squirt off like a threatened squid. 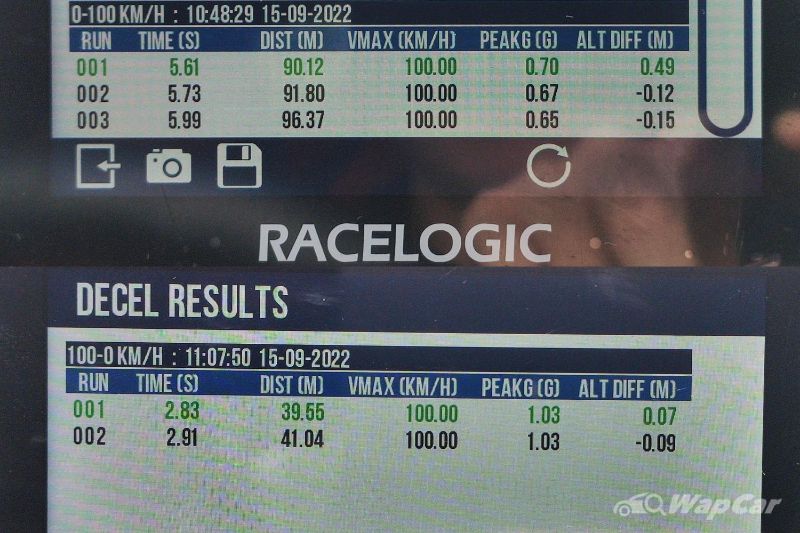 With a 0-100 km/h sprint time tested at 5.6 seconds, it will leave a VW Golf GTI in its wake. Like many turbocharged engines, the meat of the performance is in the mid-range. Staying in the 3,000 rpm to 5,000 rpm range will catapult you out of any situations. 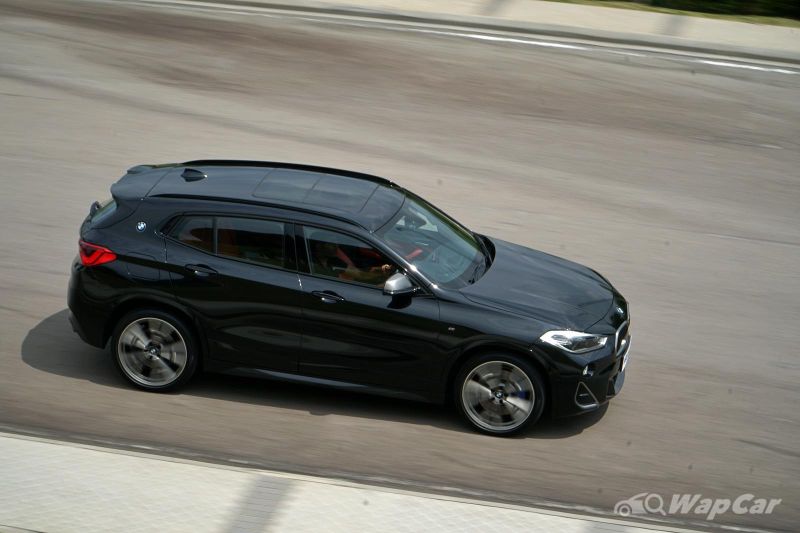 Steering isn’t brimming with feedback, like practically every modern car, but there’s an appreciable heft to it and it’s sharp, almost to a point where the front-end feels hyper-sensitive to inputs. It can feel a touch nervous at high-speed bends but there’s no denying its directness.

Through tighter corners, the direct steering makes for an entertaining point-and-shoot car. Just point at where you want to go, mash the throttle, and let the all-wheel drive system shoot you out of corners. 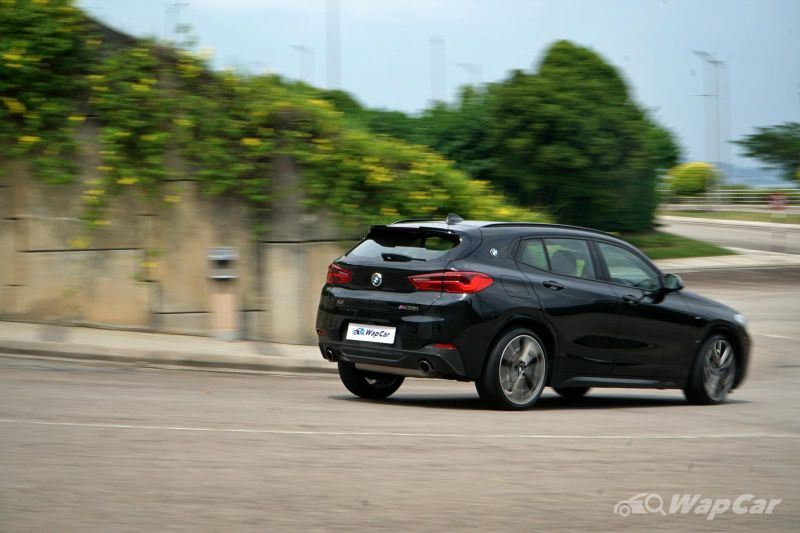 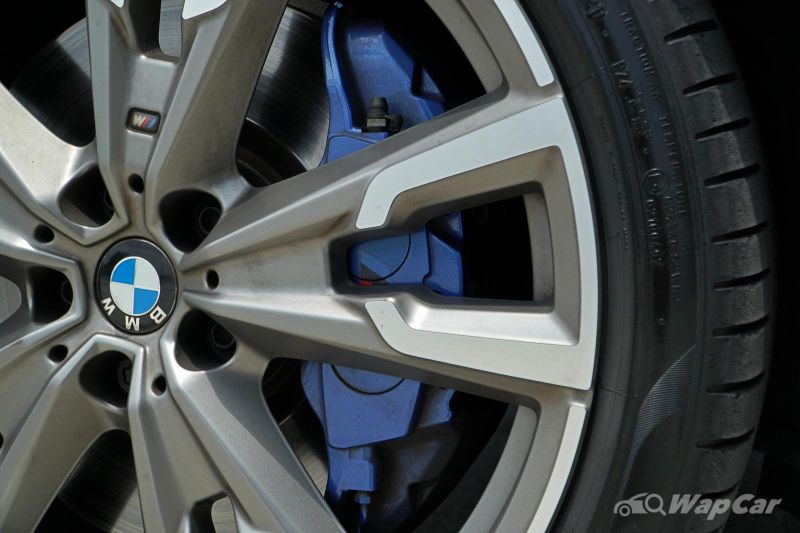 The massive brakes do stop the X2 M35i rather well, though it feels like it’s limited by the grip of the runflat tyres. The runflats also cause the ride to be choppier than necessary, made worse by its narrow profile wrapped around 20-inch wheels. 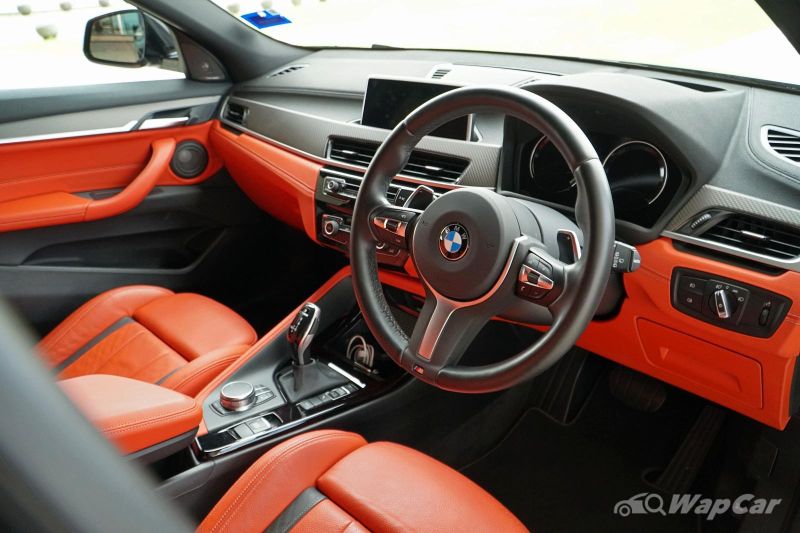 Speaking of ride quality, the X2 M35i feels firm even in comfort mode with the adaptive dampers slackened. It’s not to the point of being jarring or uncomfortable, it’s just a ride that’s on the busy side. The plus side is that while it does lean quite a bit through corners, the body motions are kept in check. 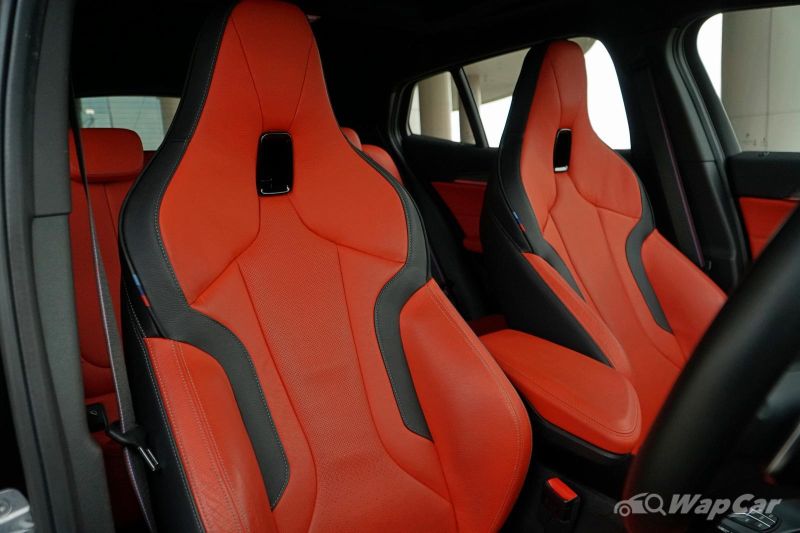 But the part I like most about all of this is, the X2 M35i blends in with any other compact premium SUV/crossover, especially in black like the test unit we have here. It’s an unassuming looking thing that will give most hot hatches a run for their money. 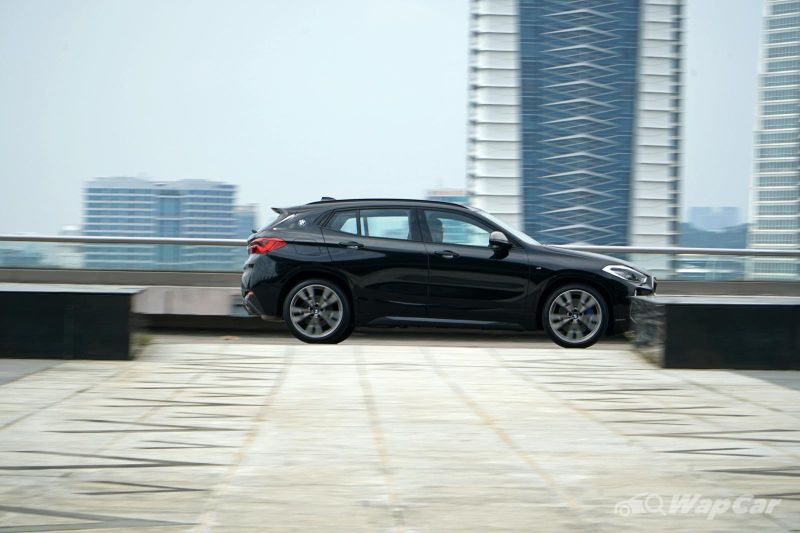 The BMW X2 M35i has shown that SUV and fun aren’t mutually exclusive. The thing is though, the BMW X2 has been dropped from BMW Malaysia’s line-up (last sold at RM 398,800). So even if you were interested in an X2, you can’t get a brand new one via official channels anymore, unless it’s a special order. 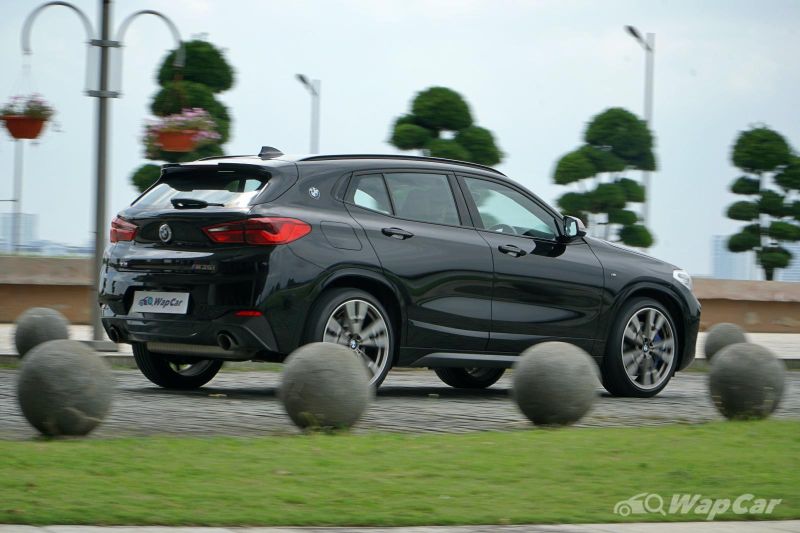 However, if you’re willing to forgo the stealth part, there’s still the MINI JCW Countryman. It has the same powertrain as the X2 M35i but with more theatrics and a funkier interior. Could that be one of the reasons behind the discontinuation of the X2 M35i in Malaysia, I wonder. 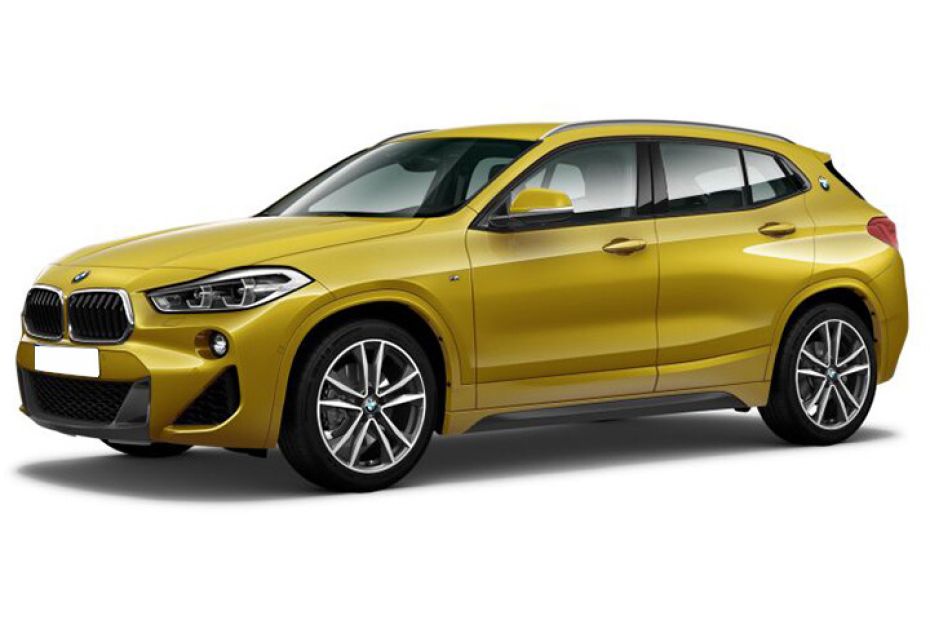