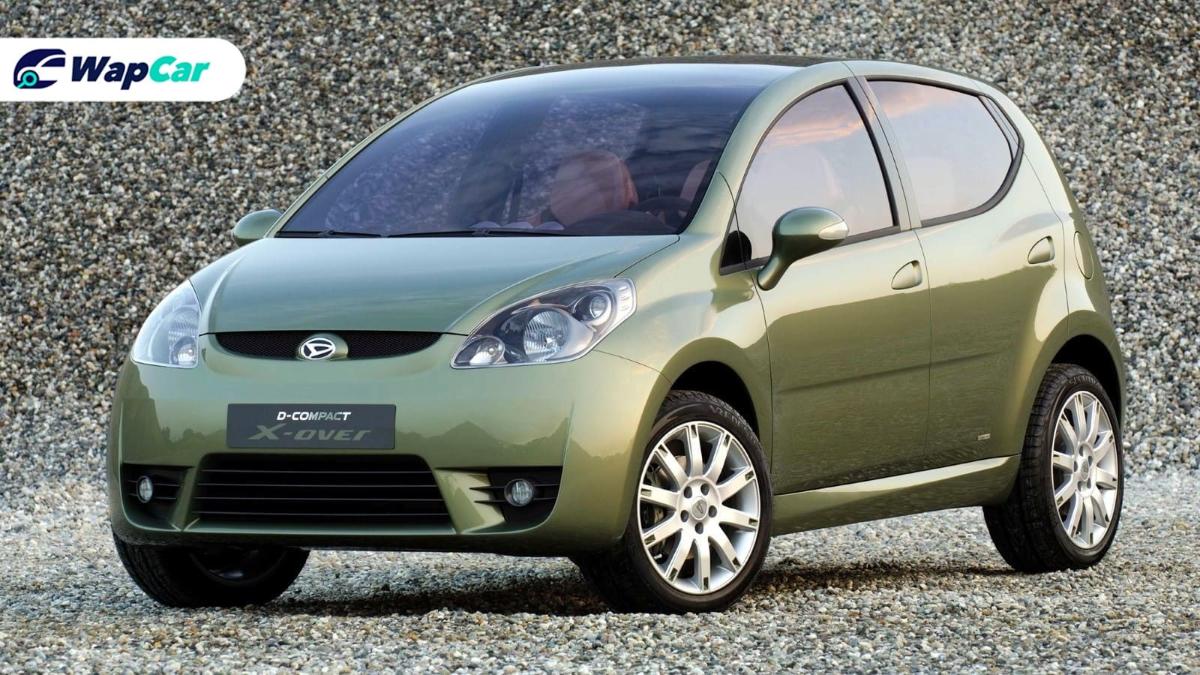 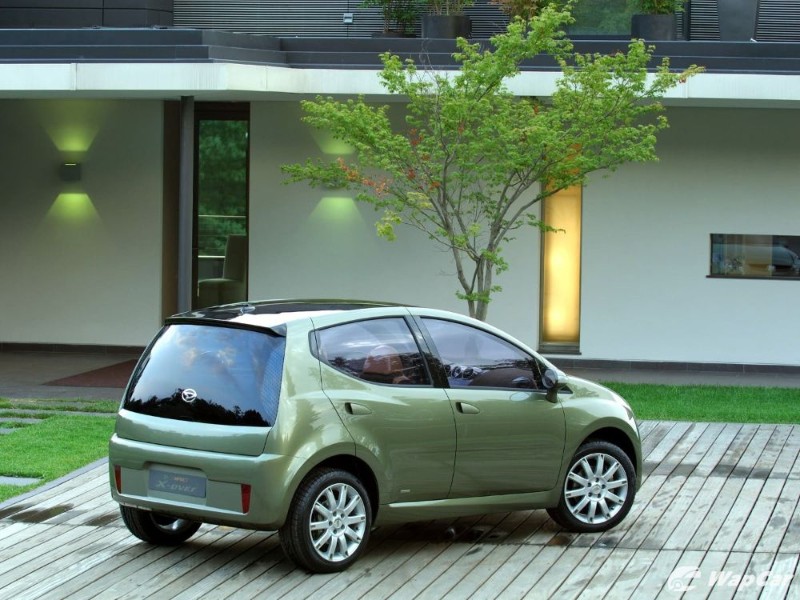 The idea of a Perodua Myvi crossover is not new. Back in 2006, two years after the first generation Daihatsu Boon/Toyota Passo twins were introduced in Japan and one year after a lightly re-designed Boon/Passo became the Perodua Myvi, Daihatsu had introduced the D-Compact X-over concept. 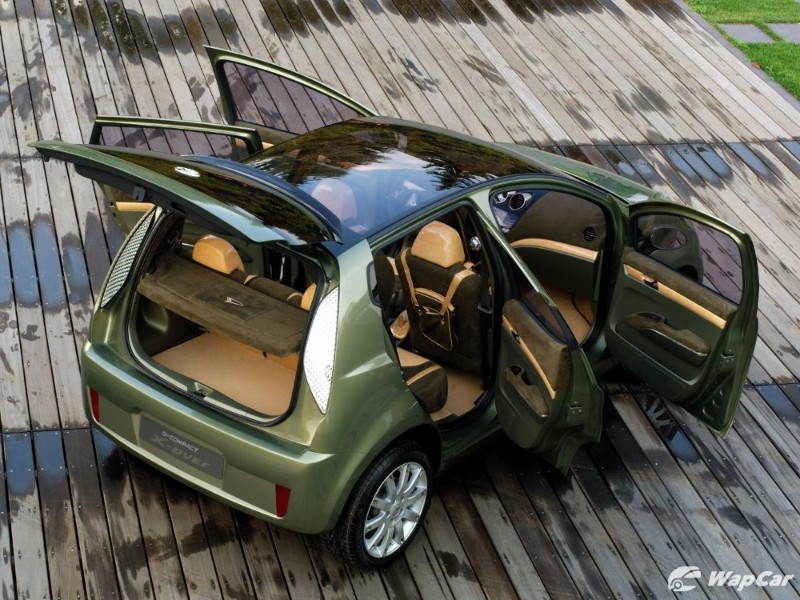 Unveiled at the 2006 Paris Motor Show, the Daihatsu D-Compact X-over was designed by the famous Giorgetto Giugiaro’s Italdesign styling house. 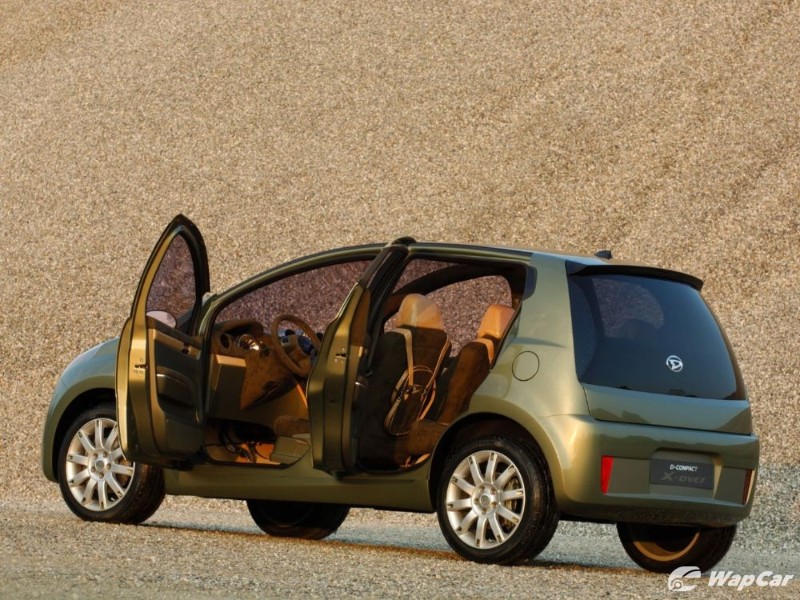 It’s powered by a 1.5-litre four-cylinder petrol engine, an engine that would eventually be introduced in our Perodua Myvi.

Look closer and you will see a lot of elements of the first generation Perodua Myvi. Recall that our Perodua Myvi has a distinctly different styling from the Daihatsu Boon/Toyota Passo donor car. The D-Compact X-over’s rounder looking front-end and headlamps. 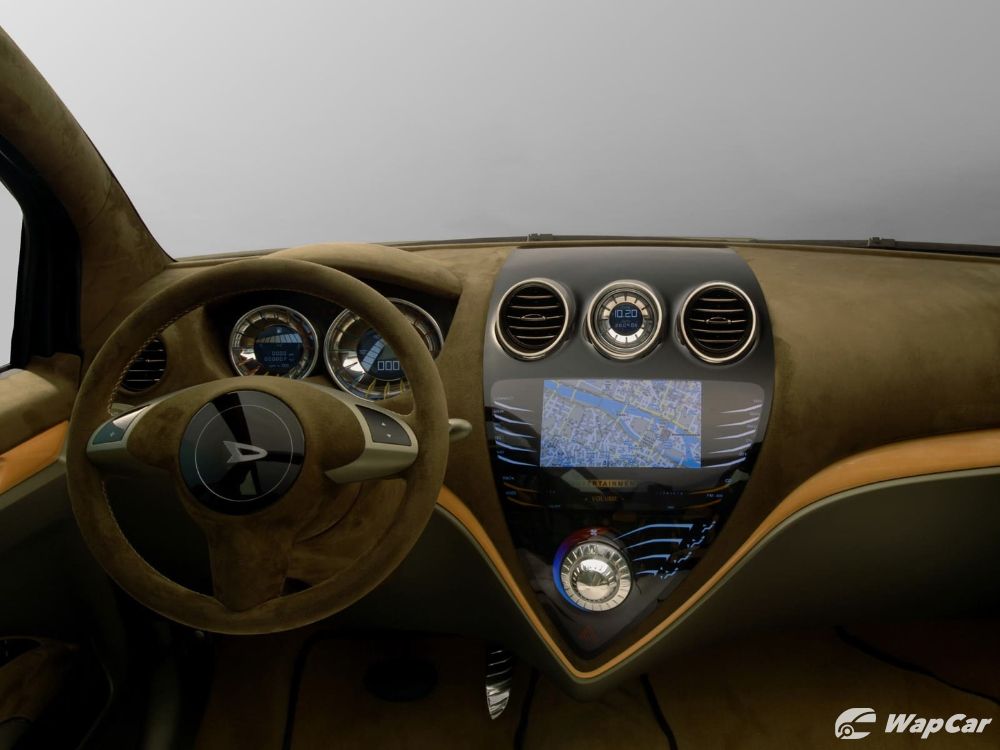 Even the dashboard’s layout, with its large air vents and buttons flanking the head unit, have hints of the Perodua Myvi.

The main highlight of the D-Compact X-over is a glass roof that extends from the edge of the windshield to over the rear seats. 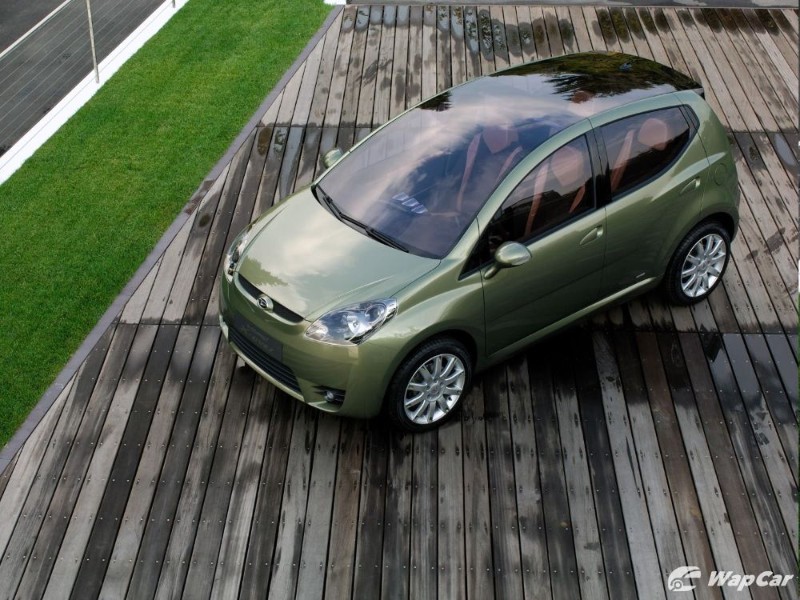 Nothing came out of the D-Compact X-over concept. Daihatsu’s poor sales in Europe was probably a factor in Daihatsu shelving plans for the car. Daihatsu would pull out of Europe in 2013.

Introducing the car in Japan would've been pointless because the tall box Daihatsu Materia (Toyota bB) is already offering more or less the same functionality as a mini-crossover, wrapped in a boxy design that's preferred by Japanese buyers.

Today, Daihatsu’s only overseas market is Indonesia and Malaysia, the latter is via its joint venture with Perodua.