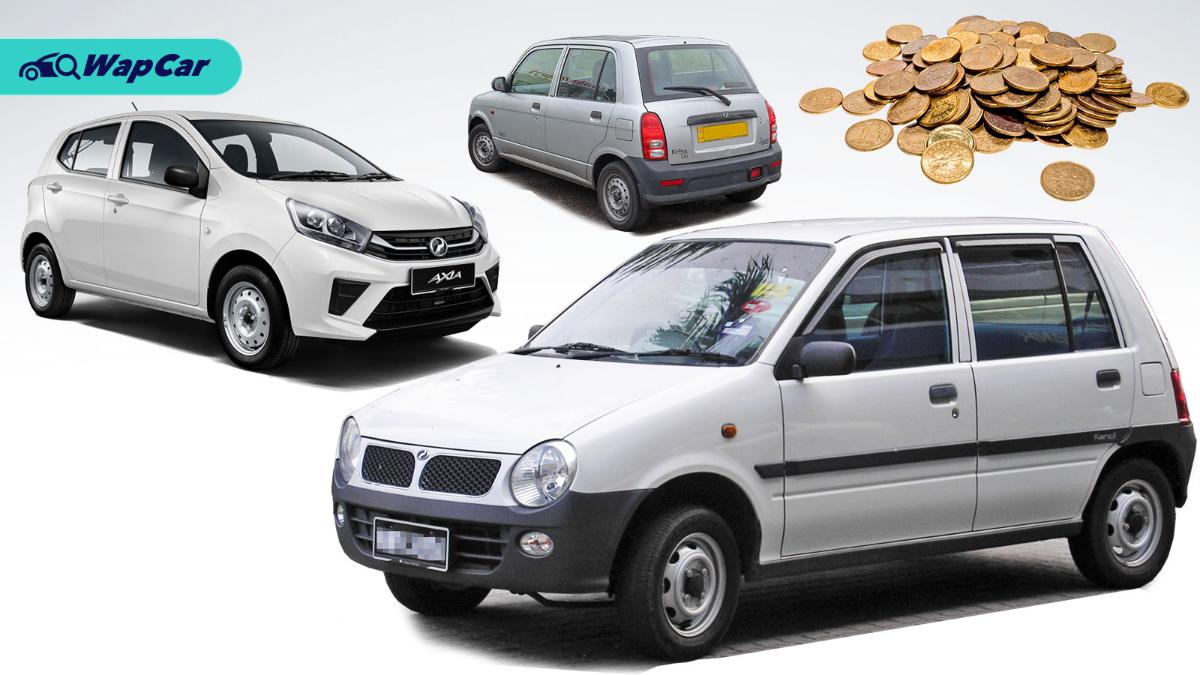 Cars are expensive. We usually take 5, 7, or even 9 years just to pay them off. Some of us may take the Dave Ramsey route of avoiding loans, but that’s not a popular thing to do. With the tight-budgeted consumer in mind, auto manufacturers have provided us with base spec or “kosong” spec cars. 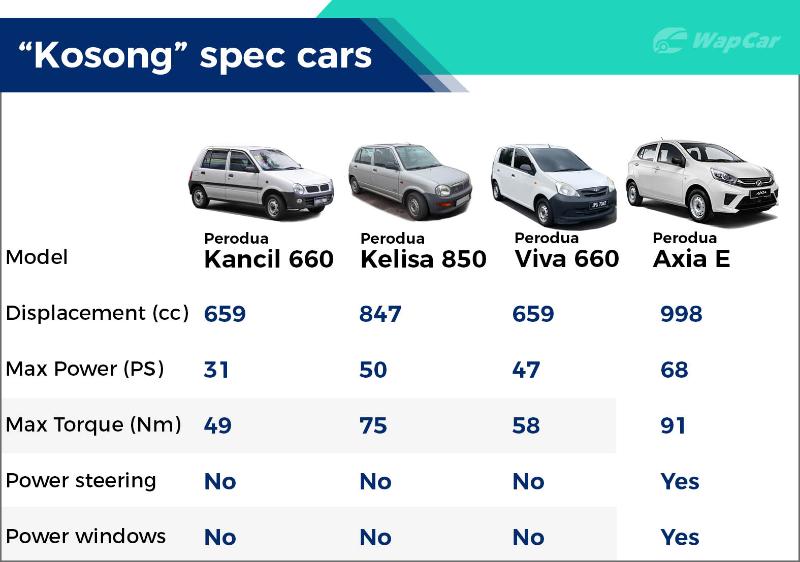 As basic as they are, they serve the purpose of taking you from one place to another. A “kosong” spec car may have been your first car, the company car, or the car you learned to drive in. These cars remind us of our humble beginnings. In appreciation of them, here’s a short compilation of our “kosong” spec cars over the years.

The Kancil is the OG small Malaysian car. Engine displacement of the Kancil variants never exceeded 900cc and the luxurious automatic transmission variant had 3 forward speeds to power you through the bustling city of Kuala Lumpur.

Based on the Mira L200, the 660cc version of the Kancil was available with either a 4-speed or a 5-speed manual transmission.

Maximum power of the 660cc engine was an astonishing 31 PS and maximum torque was a thunderous 49 Nm.

A used perodua Kelisa will cost you at least RM 6,000 today. Some say the Kelisa is the closest thing you can get to the original Mini Cooper. For a while, there was even a special edition Kelisa with dual tone colours that emulated the look of the classic Mini.

There were two engine variants of the kelisa – 850 cc and 1,000 cc. Even the cheapest variant of the Kelisa (EX 850) fetches a rather hefty price tag in the use car market today. The Kelisa shares the same platform with the Daihatsu Cuore and the Daihatsu Mira Gino.

Like most “kosong” spec cars, the Kelisa stood on steel wheels, had no power windows, and utilised a standard manual transmission.

Sporting 12-inch wheels and a 660cc engine, the Perodua Viva was the last actual “Kei car” that was sold by Perodua. Today, the smallest engine displacement available is the 1KR-VE in the Perodua Axia.

More powerful than the Kancil, the Viva was capable of a maximum power of 47 PS and a maximum torque of 58 Nm.

Amenities that were lacking in the 660cc Viva included power steering, power windows, central locking, a radio, and reverse sensors. 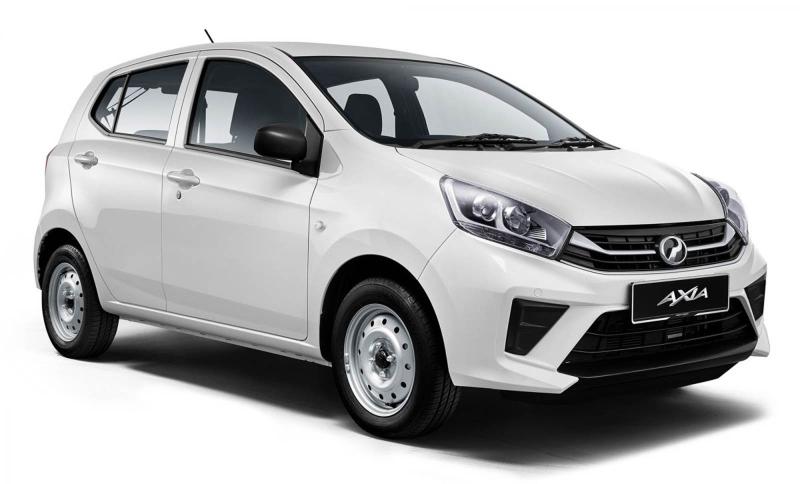 The cheapest brand-new car you can buy today is the Perodua Axia E. With a price tag of RM 23,367, the Axia E is equipped with luxuries like power windows and electronic power steering. A big leap in luxury from its predecessors. 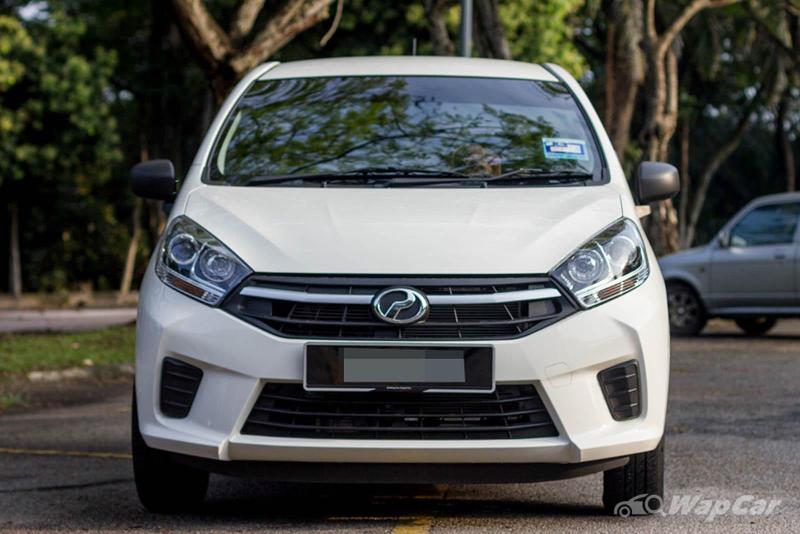 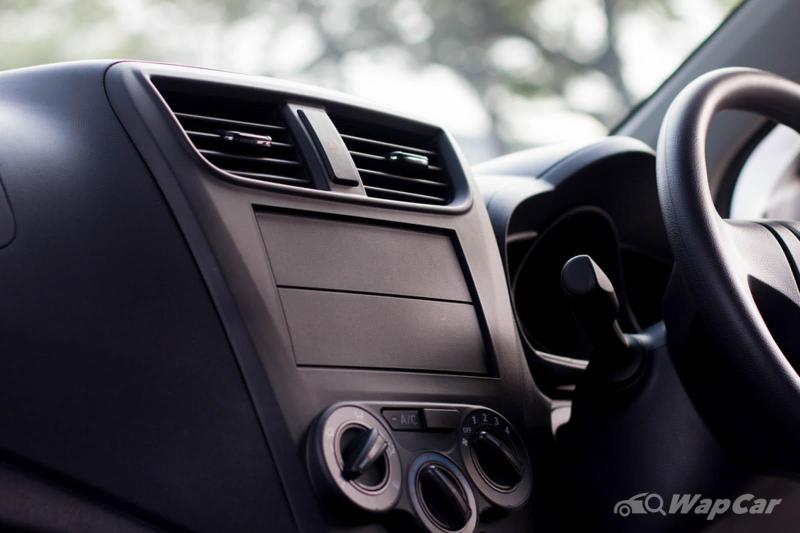 Lacking features in the Axia E include: 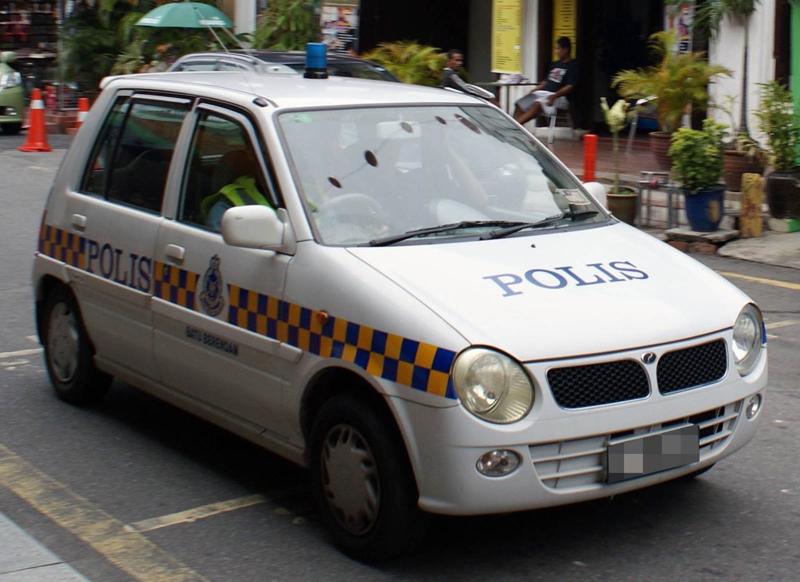 So, there you have it. Those are the “kosong” spec cars that you might have had the pleasure of driving at least once in a lifetime.

The price of “kosong” spec cars have mainly remained below RM25k throughout these years. Newer "kosong" spec cars are equipped with luxuries like power steering and power windows.

A little modification can solve the minor inconveniences of these base spec cars like the lack of central locking, a radio, and parcel shelf. 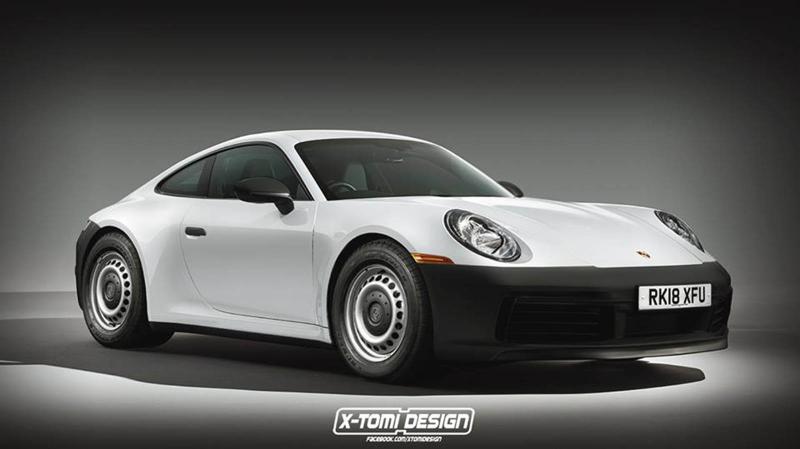 The lack of ABS, however, is something that should change from here onward. Most “kosong” spec cars are already equipped with at least frontal airbags and that’s a good thing. With ABS, we could at least reduce the risk of collision in the first place.