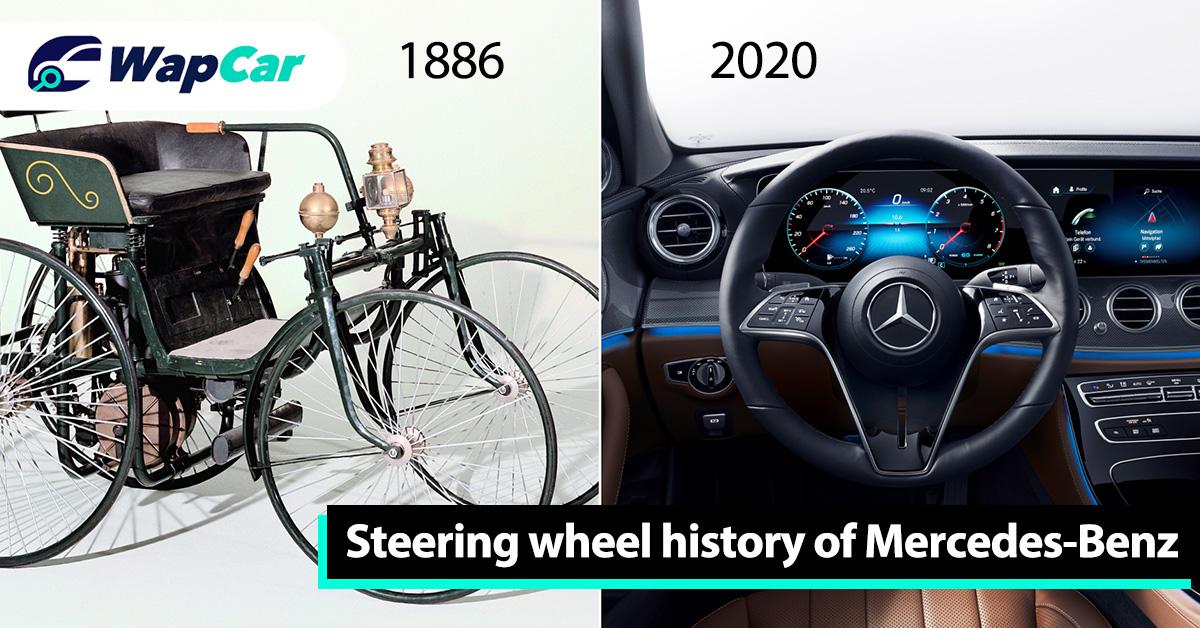 The very first automobile in the world made by Carl Benz in 1886 didn’t even have a steering wheel, it was just a lever. It wasn’t until nearly a decade later the steering wheel came about. So let’s rewind and take a step back into the history of steering wheels in Mercedes-Benz, before it was even named as such. 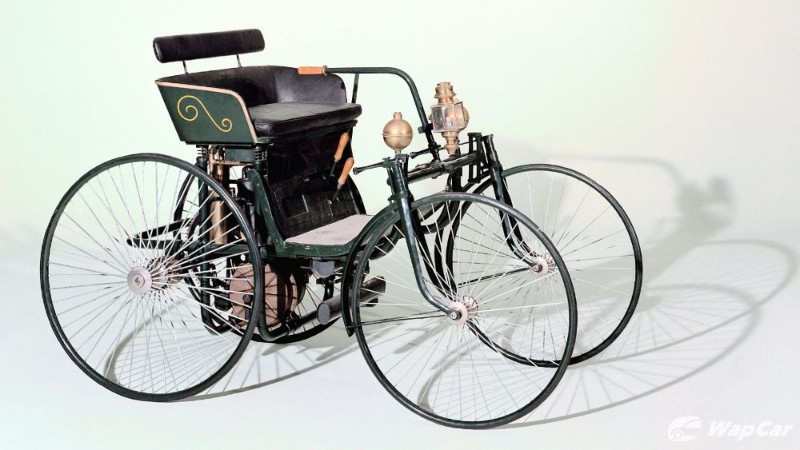 In 1886, the aforementioned first car in the world was only equipped with a simple steering lever because at the time, carriage drivers were used to pulling right or left to direct the horses.

Then came the first steering wheel the world has ever seen in 1894. For the world’s first automobile race–from Paris to Rouen in July 1894–French engineer Alfred Vacheron had installed a steering wheel instead of the usual steering lever. 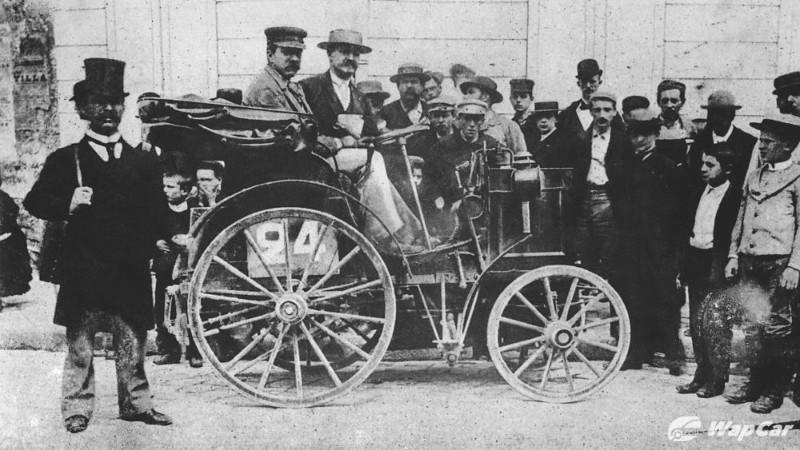 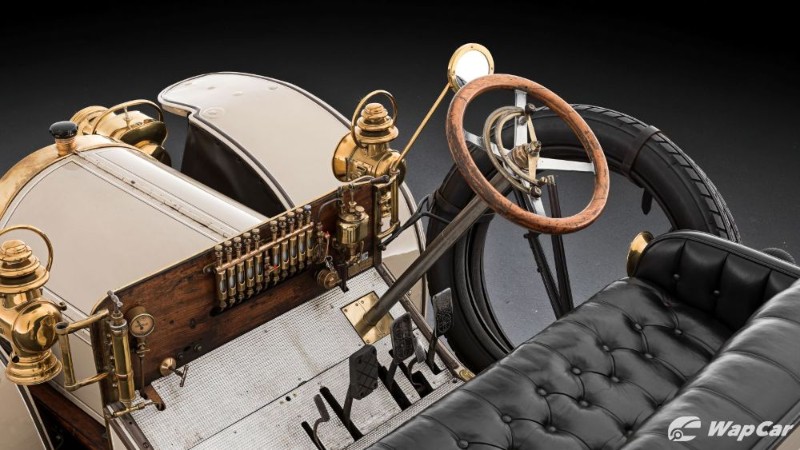 In 1900, Daimler-Motoren-Gesellschaft equipped its Phoenix racing car with a steering wheel. In this case the steering column was tilted, which made it much easier to operate. 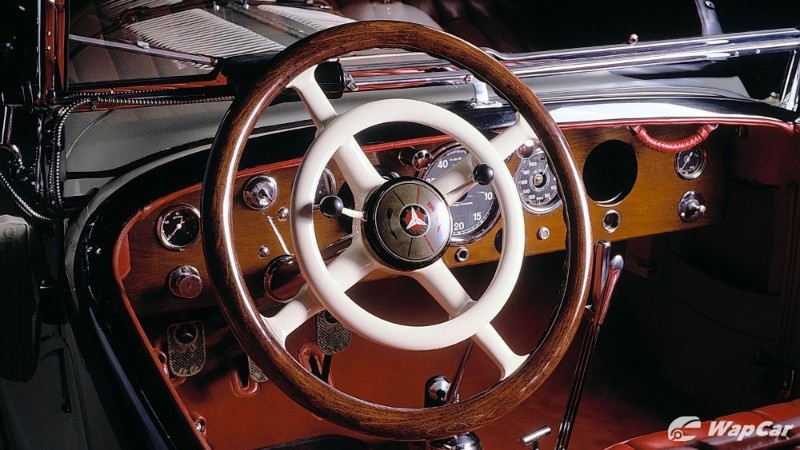 In 1920s to the 1940s saw the introduction of the horn. The horn ring on the steering wheel spokes made its debut in the 1920s. 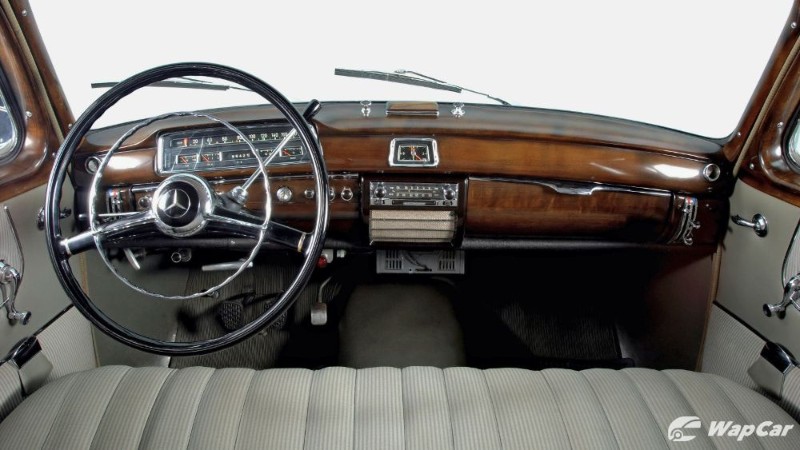 The column gearshift went away in the 1970s but eventually returned in 2005 with the Direct Select automatic lever. Mercedes-Benz introduced power steering in 1958 in the 300 saloon. 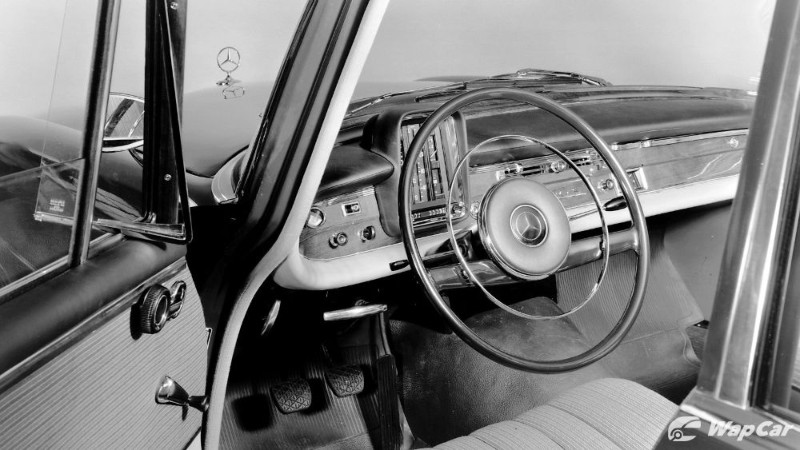 To further increase safety, Mercedes-Benz introduced a patented safety steering system in 1959 with a telescopic steering column and impact absorber, which became standard on the entire passenger car range in 1967. 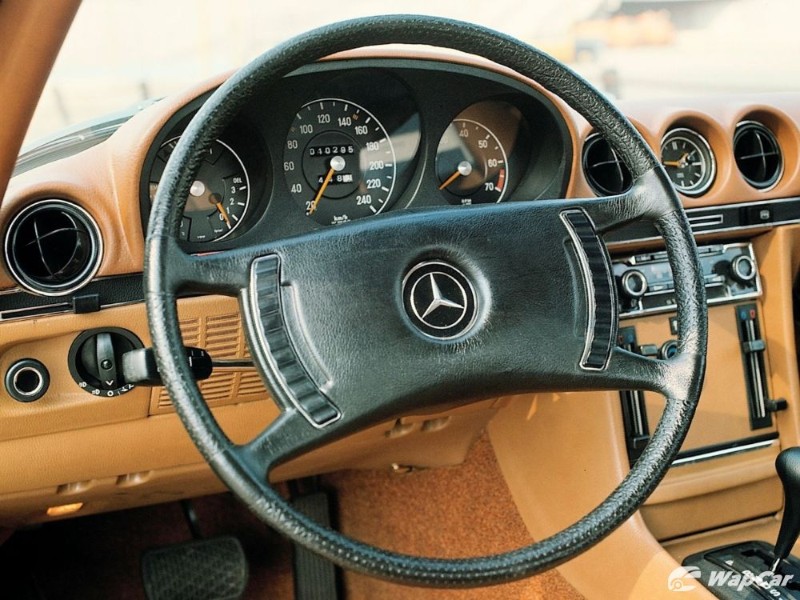 In the 1970s and 1980s, the four-spoke steering wheel provided a higher level of impact protection thanks to a wide padded plate with impact absorber. The horn ring was replaced by buttons at the centre of the steering wheel. 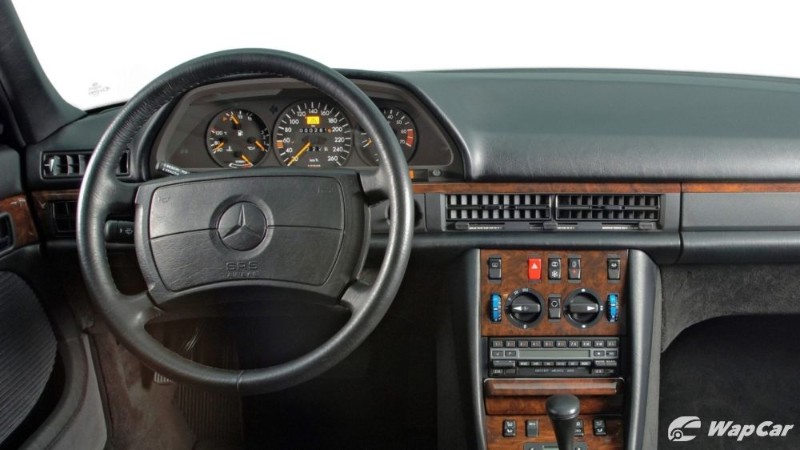 One of the biggest step forward in safety was the invention of airbag in 1981. It was hidden behind the protruding baffle plate of the steering wheel in the S-Class (W126). Now, airbags are the norm in cars. 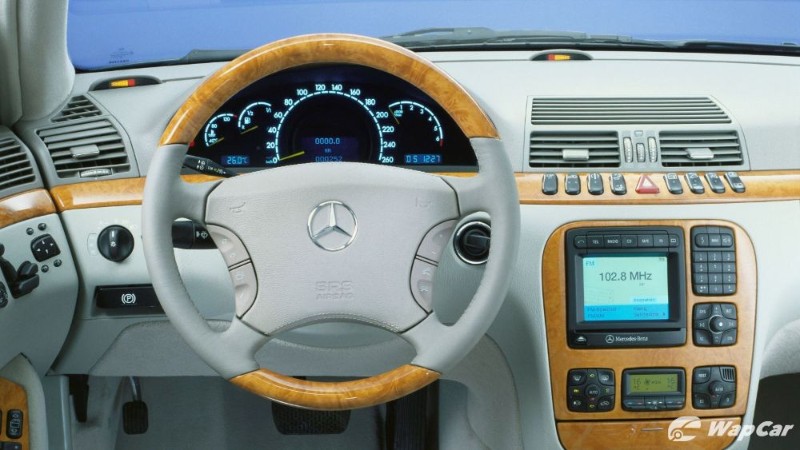 The first multi-function wheel was introduced in 1998 in the S-Class (W220). For the first time, the steering wheel was coupled with a car radio, car phone and a display in the middle of the instrument cluster on which up to eight main menus appeared. 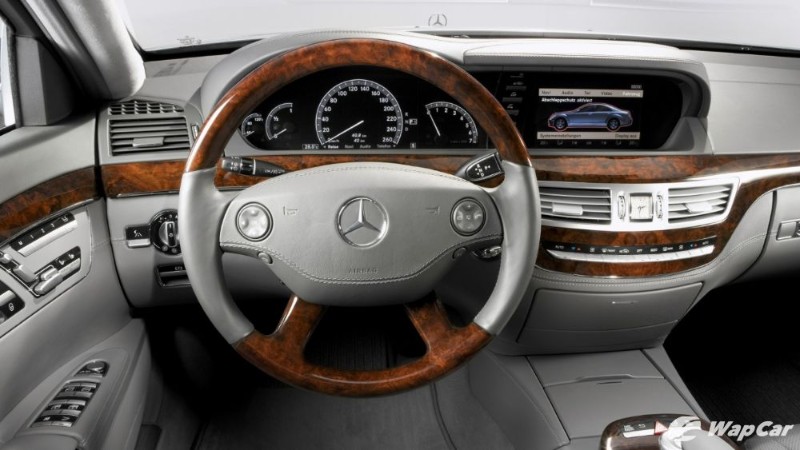 The aforementioned steering column gearshift made its return in 2005. And the steering wheel slowly progressed from the initial bulky design to a smaller, more contemporary look we are now familiar with today. 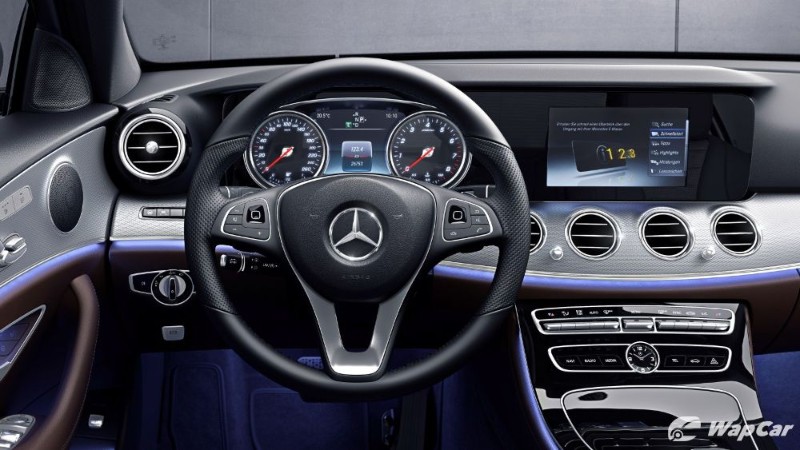 In 2016, touch sensitive buttons were introduced on the steering wheel of the E-Class (W213). The infotainment system and the instrument cluster can be interacted without taking the hands off the steering wheel. 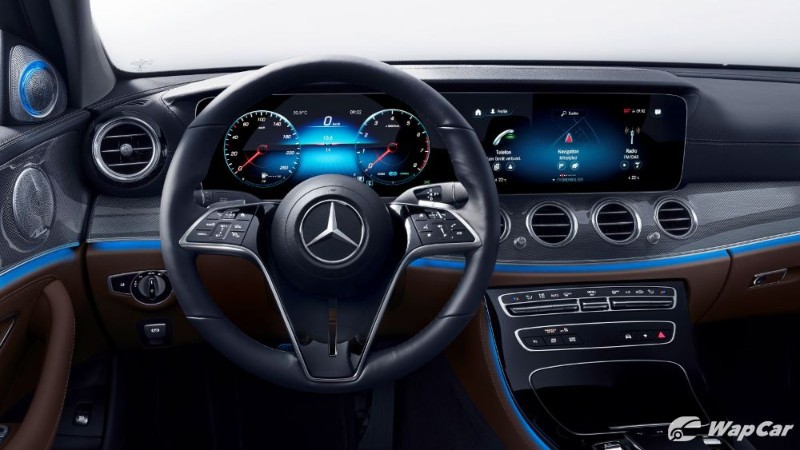 Currently, the steering wheel on the 2020 Mercedes-Benz E-Class is a capacitive steering wheel. Its rim contains a two-zone sensor mat that detects whether the driver's hands are gripping the steering wheel, which means drivers have to keep their hands on the wheel at all times even with the adaptive cruise control engaged.

So here we are, from 1886 to 2020. Mercedes-Benz has played a significant role in the world of automotive and continues to do so.