The Honda Brio is the reason why Indo buyers ignore the Myvi's twin, Daihatsu Sirion 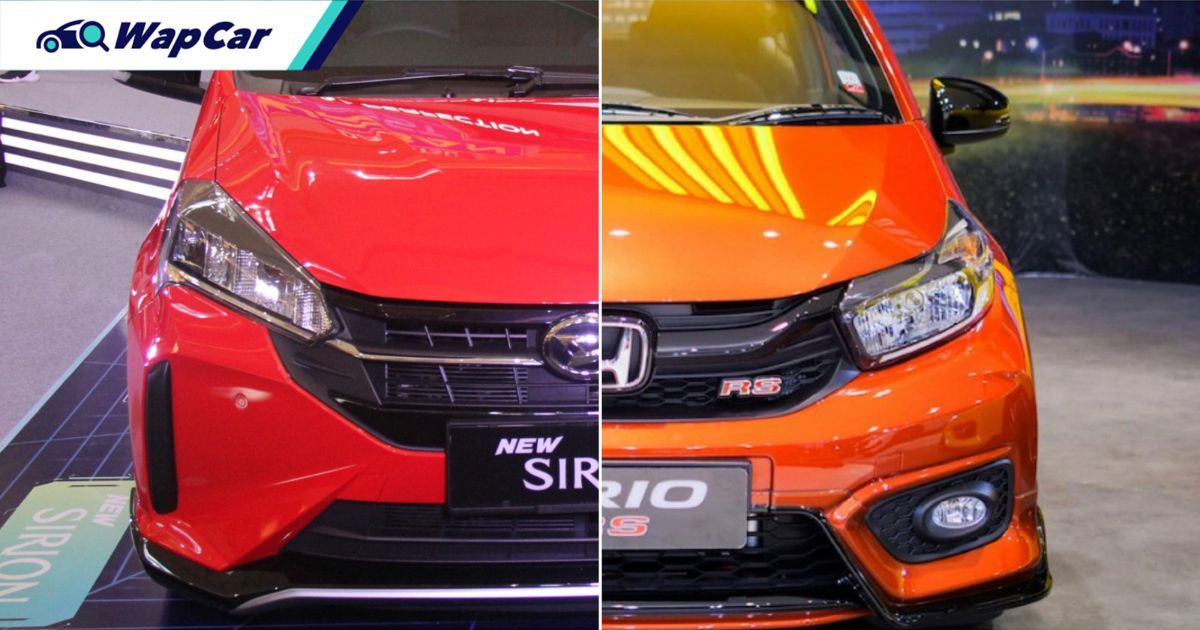 The 2022 Daihatsu Sirion is the latest attempt to woo buyers over the Honda Brio in Indonesia even though both cars are from entirely different segments. Still, the Brio, especially in higher variants is priced very close to the Perodua Myvi's twin. 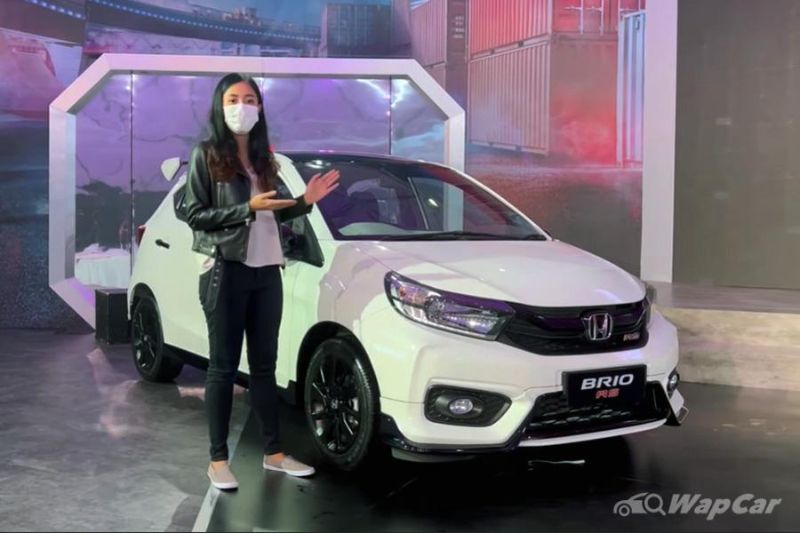 In a nation where 7 seaters reign, the Brio consistently ranks among Indonesia’s top ten best-selling cars every month. It even ended the Toyota Avanza’s reign as Indonesia’s best-selling car in 2020 despite hatchbacks being largely ignored in the archipelago. 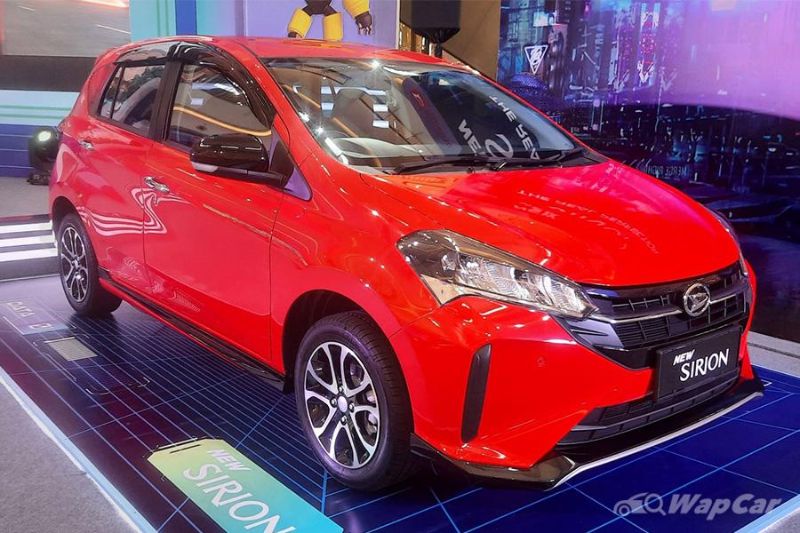 According to GAIKINDO's sales data in 2021, Honda sold 15,019 units of the Brio RS, while only 900 units of the Daihatsu Sirion were sold. Hence, it might be a long shot for the Sirion to even make it into the top 20 as it’s only available with two variants while the Brio has a whopping seven. 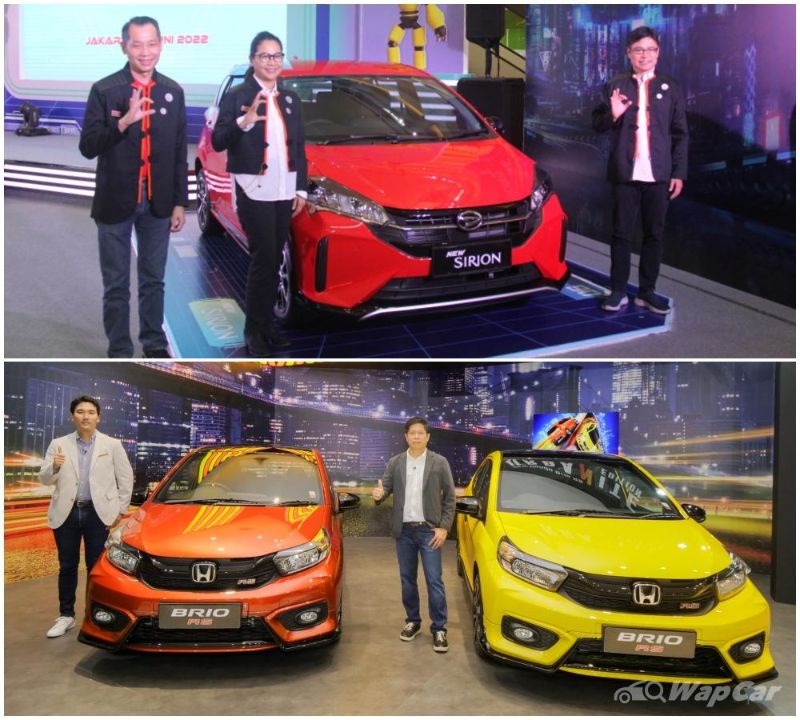 The Brio is categorised as a Low Cost Green Car (LCGC), the smallest segment in terms of size, similar to the A-segment. Its rivals include the Toyota Agya and Daihatsu Ayla which are related to the Perodua Axia.

Prices for the Brio range between IDR 155.7 million to IDR 235.9 million (~RM 47k – RM 72k). Meanwhile, the Sirion tops out at IDR 236.8 million (~RM 72k) for the highest R variant which makes it comparable to the highest variant of the Brio, the RS CVT Urbanite Edition in terms of price. 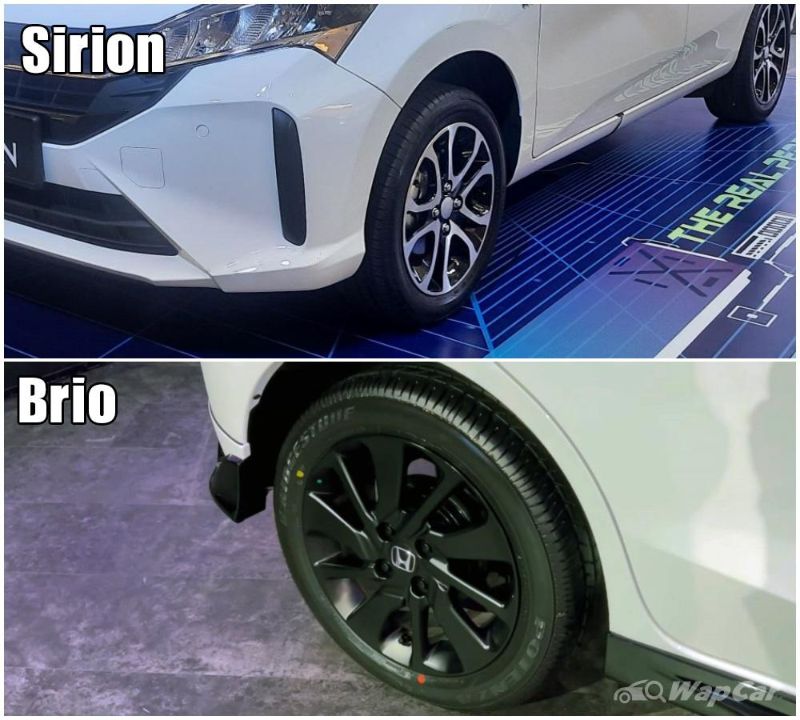 Despite the different segments, Indonesian buyers don't really see that between the Brio and the Sirion. The latter might be in a segment above the Brio but when the prices are so close, a Honda could still make more sense.

Also read: Are bigger wheels good for your car? Or just all show but no go? 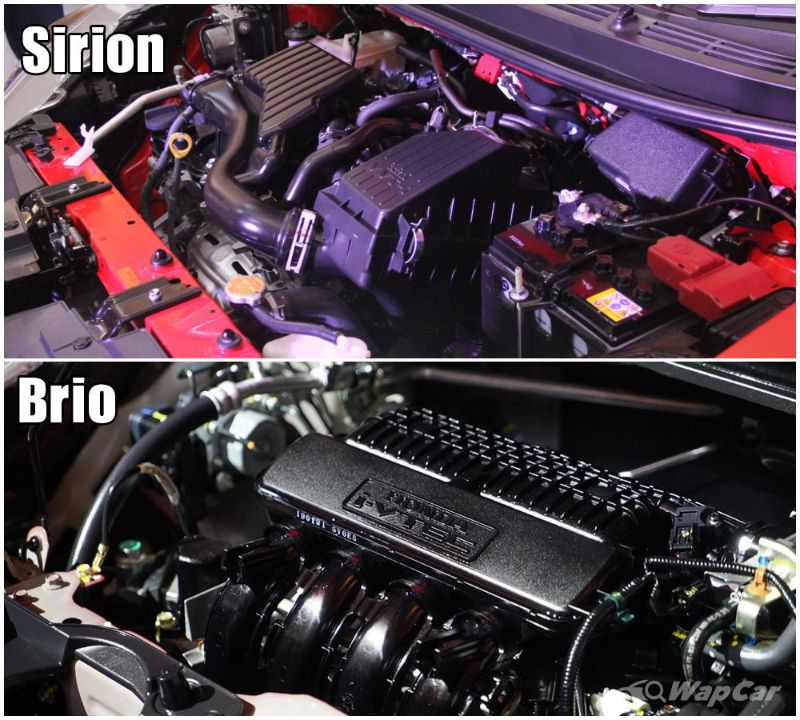 Even if the Sirion is powered by a larger 1.3-litre engine (95 PS/119 Nm) the power output between it and the Brio's 1.2-litre unit (90 PS/110 Nm) isn't much. Ditto the dimensions with the Sirion being only slightly larger than the Brio despite being categorised as a bigger B-segment hatchback. 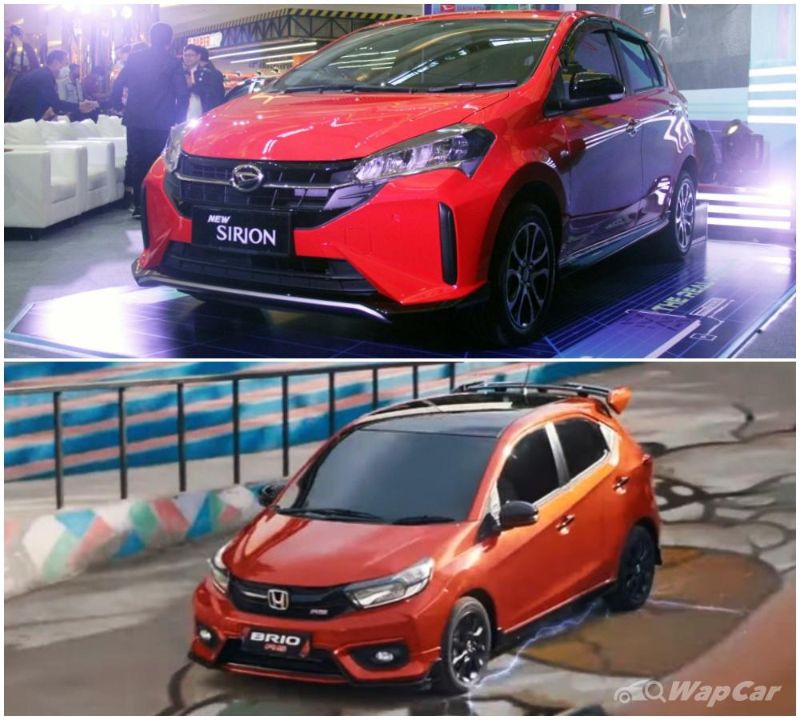 Between the two, the Brio RS Urbanite Edition packs a lot more sportiness visually than the Sirion. It seems like Honda has crashed into the Indonesian Brothers and sports a huge spoiler in the back and an even more menacing bodykit than the Sirion R which looks mild in comparison. 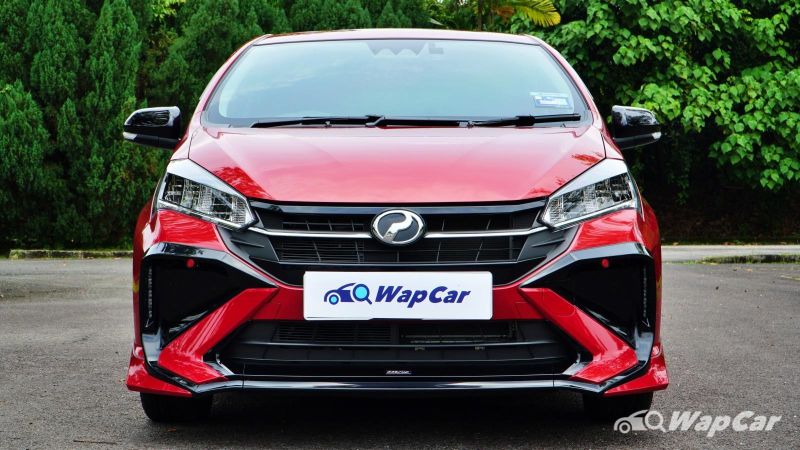 Perhaps if Daihatsu were to introduce the Myvi’s Gear Up bodykit into Indonesia, it could be a more ‘perfect’ prince?

Besides the transmission and wheel size, both hatchbacks are equally practical when it comes to features. The Brio boasts one of the spacious boot space in its class while the Sirion’s seats are configurable to maximise interior space. 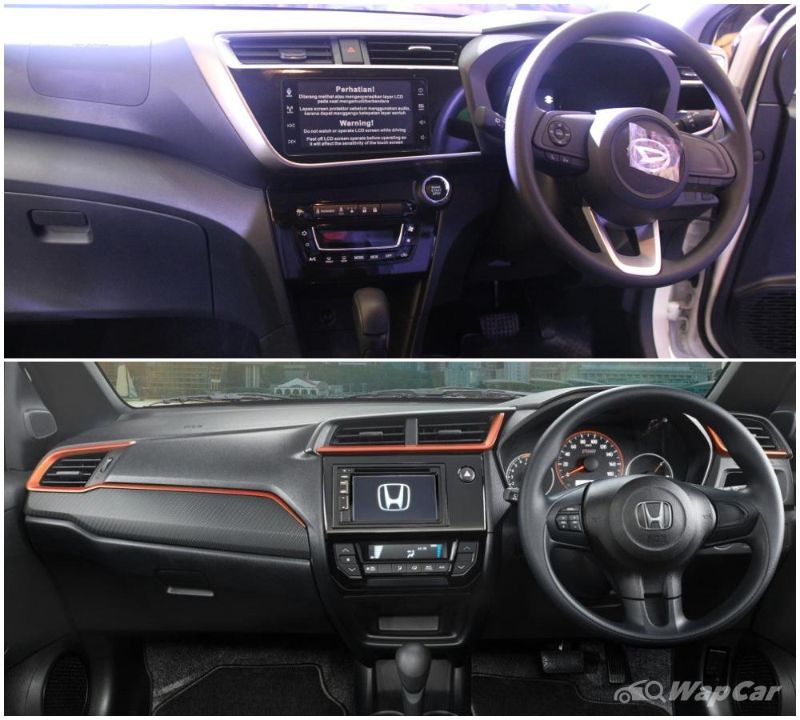 However, where the Sirion seems to be worth the extra million rupiah (~RM 300) lies in the middle. While the top variants of both hatchbacks come with a touchscreen infotainment unit, Apple Car Play and Android Auto come as standard on the Sirion while the Brio RS only makes do with Bluetooth and USB connectivity. 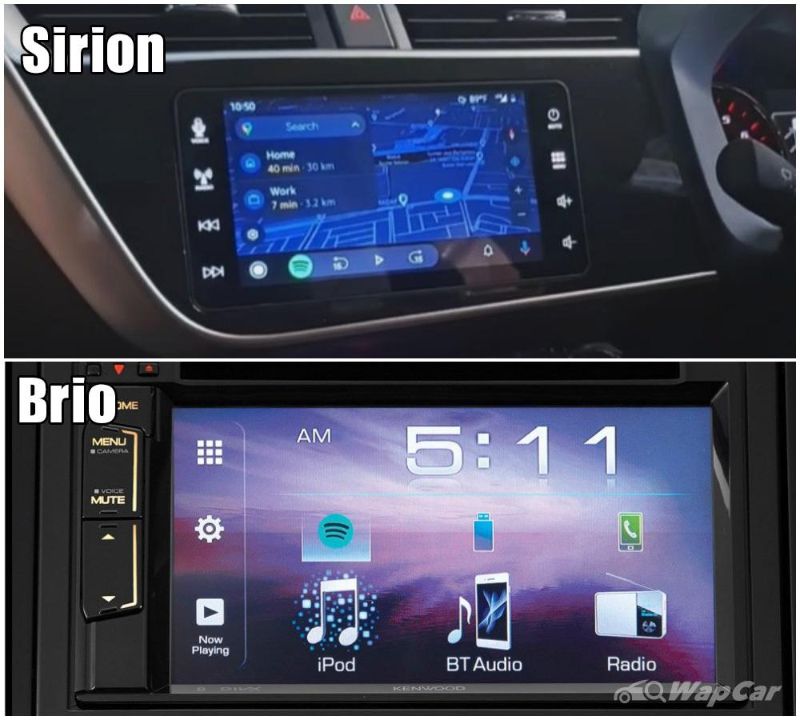 Note that the CP/AA connectivity is absent on the Myvi which utilises Perodua Smart Link and is only compatible with Android devices. Don’t fret though as the next-gen Alza will come with the more seamless car connectivity feature which could eventually make its way in the Myvi. 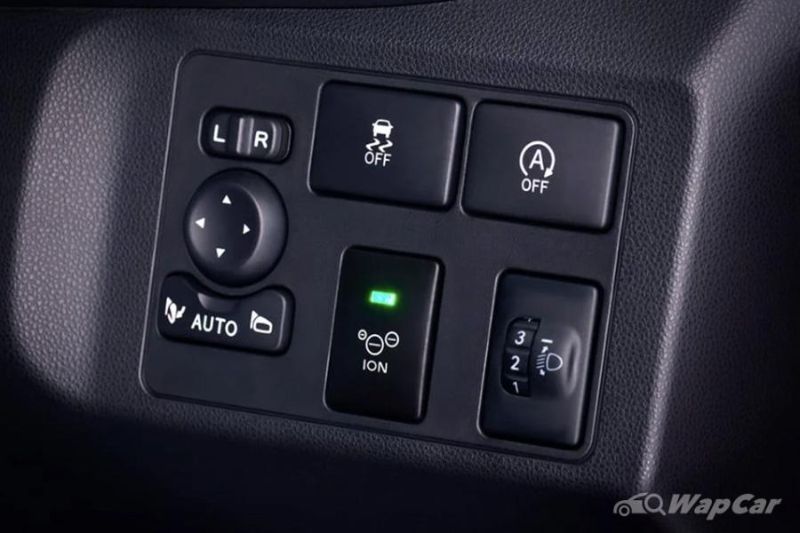 Another feature found on the Sirion but not on the Brio (or even the Myvi) is an ioniser filter. This is activated via a button that once housed the automatic high beam (AHB) button in the Myvi. Though its Indonesian twin doesn’t come with ADAS, it is still more packed in safety features than the Brio. 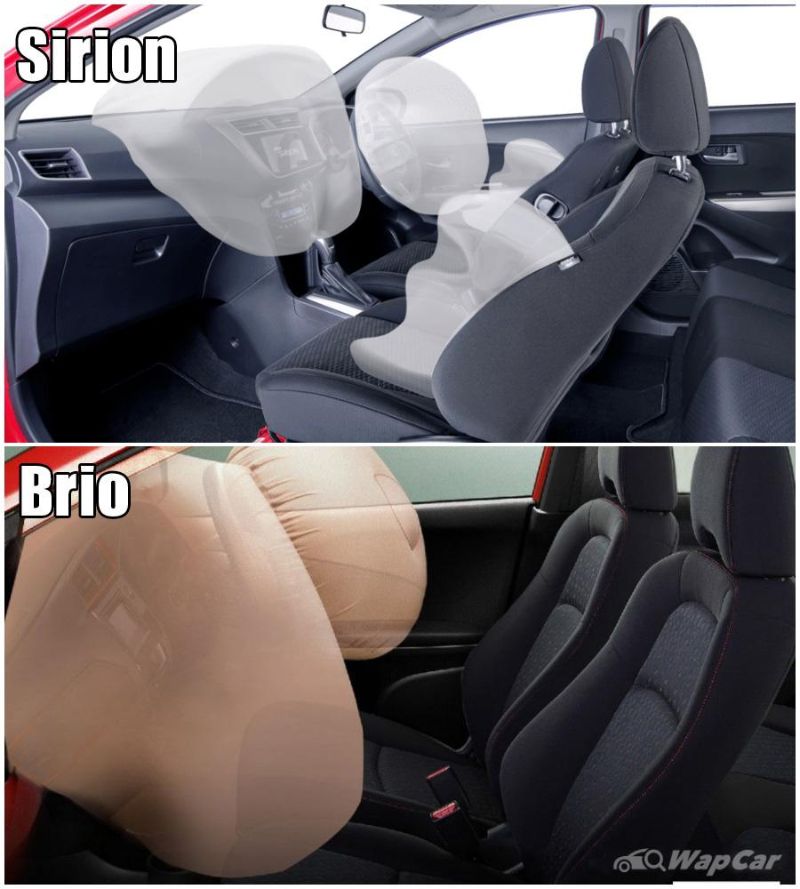 Even in its highest trim, the Brio’s safety features are bare-bones with only 2 airbags, as well as ABS and EBD. By comparison, the Sirion comes with 4 airbags, traction control, hill-start assist, and ISOFIX on top of ABS and EBD. 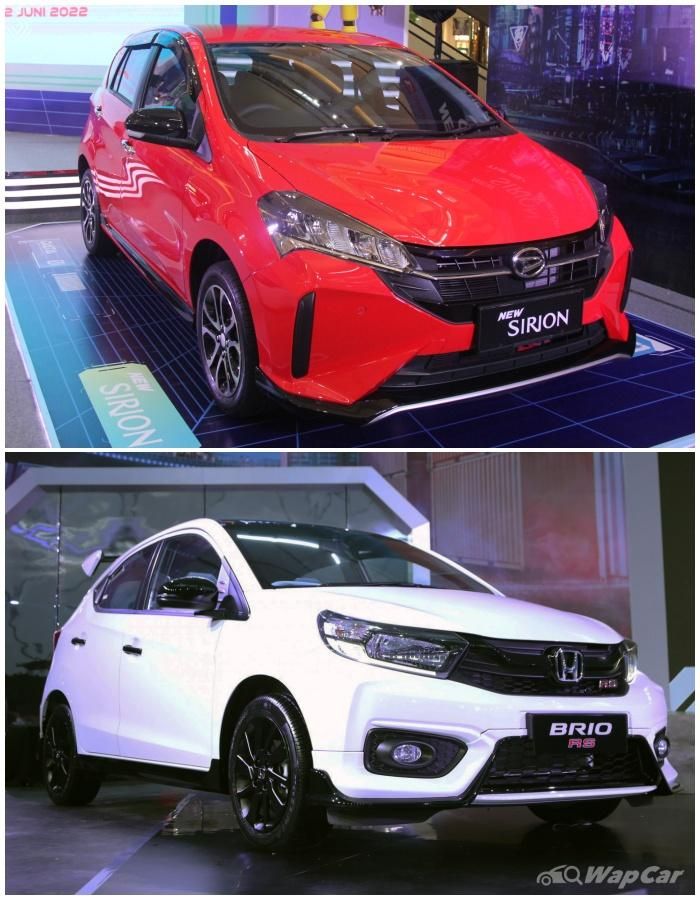 Indonesian buyers are more spoilt with choices compared to Malaysia when it comes to looking for a brand-new car. Even if the Sirion has better features than the Brio in the latest update, it might not be enough for the Daihatsu to be as immensely successful in Indonesia as its royal Malaysian twin.

Also read: Why the Perodua Myvi continues to struggle in export markets?