Home > News > The Honda S660 was once nearly launched in Malaysia, so what killed it?

The Honda S660 was once nearly launched in Malaysia, so what killed it? 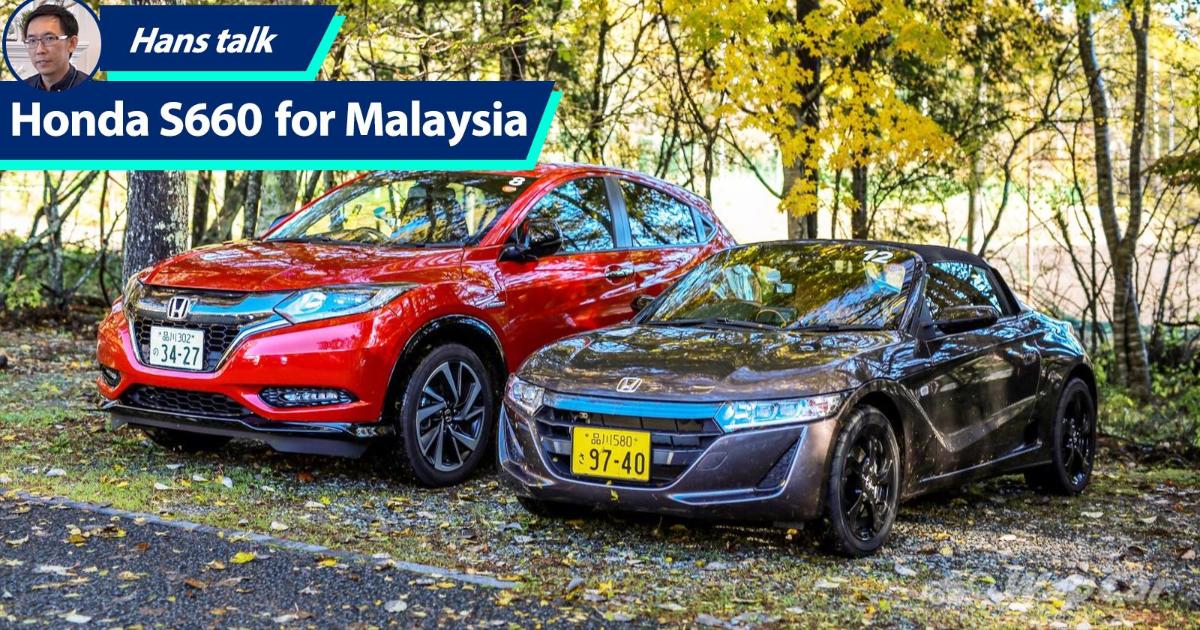 Honda Motor is reportedly winding down production of the Honda S660 with no replacement planned for the little kei sports car, after nearly six years in production (debuted in March 2015).

It also means that enough years have gone past for confidentiality agreements to expire, thus allowing me to reveal some privileged information regarding Honda Malaysia’s plan to launch the S660 here, and what happened to that plan. 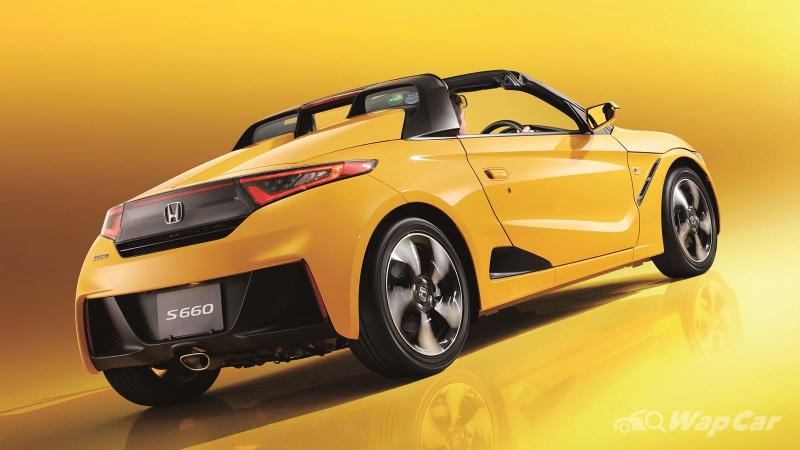 Malaysia was once very close to becoming the first country outside of Japan to launch the Honda S660. I am not talking about reconditioned parallel imports, but an officially imported product backed by Honda Malaysia.

The project was serious enough that I flew to Japan to sample the S660 not once but twice, including drives at Honda Motor’s Twin Ring Motegi test track as well as the Tochigi R&D Centre. 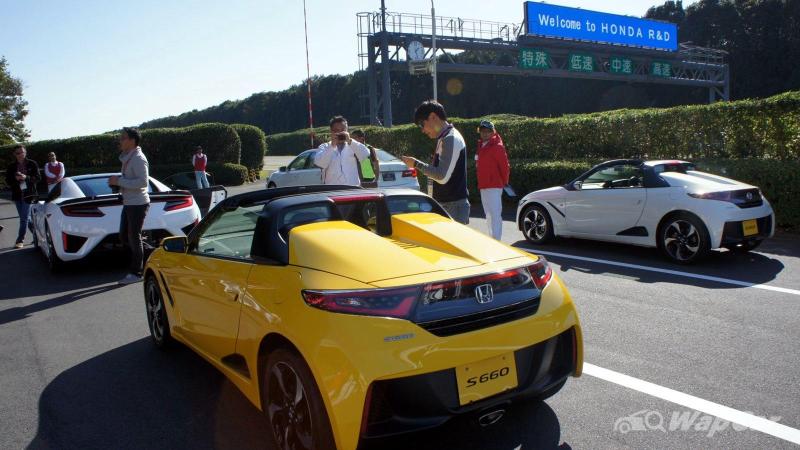 The latter was with the S660’s Large Project Leader (Honda’s equivalent to Executive Chief Engineer) Ryo Mukumoto, Honda’s youngest ever LPL, at 27 years old then, riding alongside.

The other time was on mountainous public roads around Gotemba, not too far away from Mount Fuji. It was also the first time in over 40 years that a Malaysian media was granted access to a manufacturer's press fleet to drive on public roads in Japan.

The last time that happened was in the late '70s, which according to old timers of the industry, ended after someone wrecked a Nissan chief engineer’s prototype and word begun to spread to other Japanese manufacturers, who then collectively barred the Malaysian media from driving their cars on public roads - all due to the recklessness of one person.

A bit harsh you think? You have to understand that in Japan, if an employee of a car company is involved in a road accident, the company is obliged to make a public apology in the next day’s newspaper.

Honda Malaysia was the first to convince their Japanese stakeholders to lift the unofficial ban.

The point of sharing all this is to give you the reader, some context on how serious the S660 project was for Honda Malaysia, and the breadth of their stakeholder engagement. 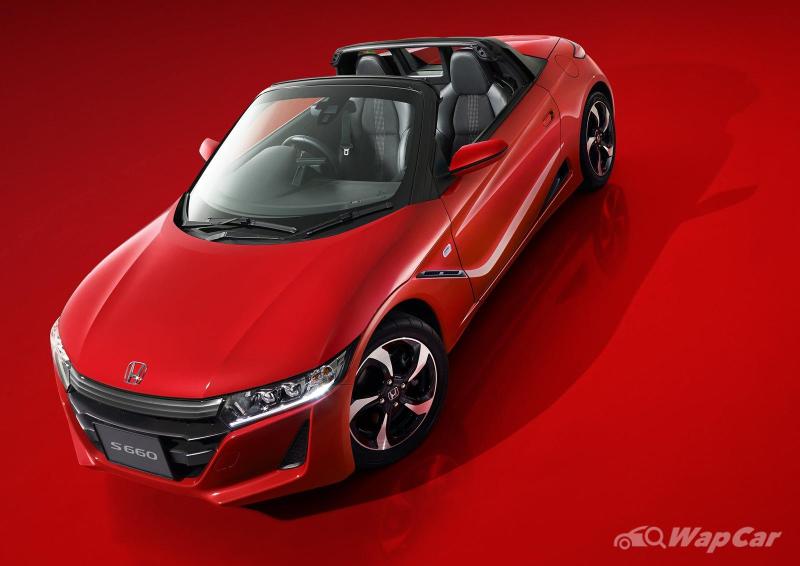 What’s so special about the Honda S660?

Because of its dimunitive size, many will say the S660 is a toy car, and I agree with it, just not for the same reasons. It's a toy car in the same way all sports cars are privileged mens' toys.

Unlike cutesy Daihatsu Copen (and that's a toy car, but not in a good way), the S660 is Japan’s way of taking supercar-level tech and have it compressed by Doraemon’s magic pocket. Consider the vital stats: 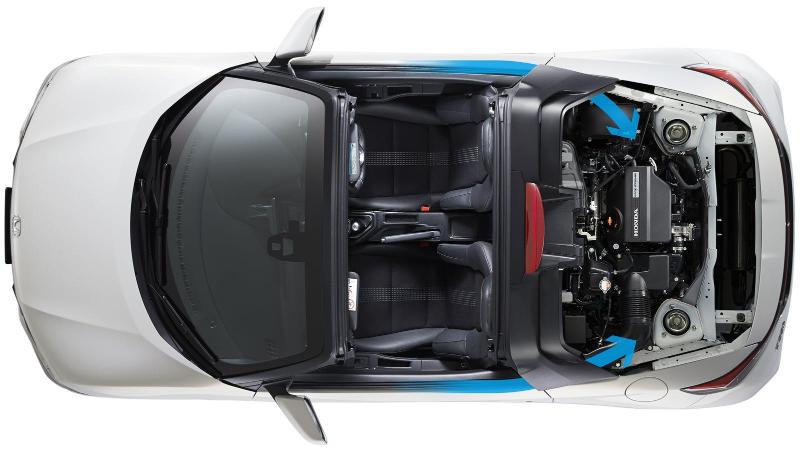 It’s the perfect sports car for Tokyo’s tight alleys and even tighter parking lots. This is not a car for drivers looking to go flat out on an open highway, but a sports car to drive along the famous Hakone Turnpike.

Outside of Japan, the S660 makes very little sense but for a select group of JDM fans, the S660 is highly collectible. 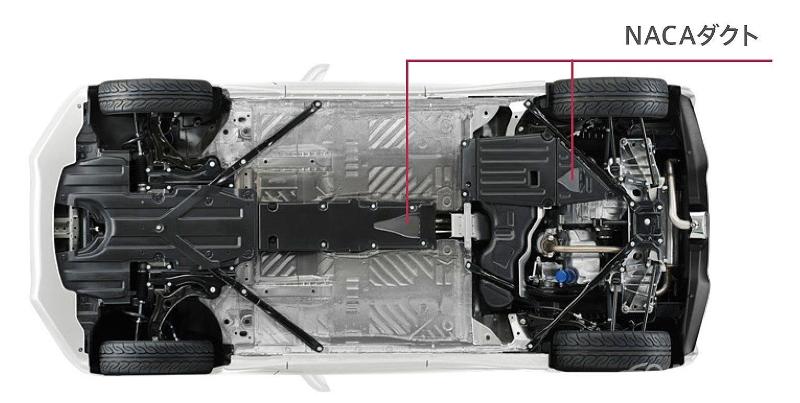 The story of the S660’s conception is equally astounding but to keep this article short, Large Project Leader Ryo Mukumoto was not an engineer, but a clay modeler. The S660 however, was purely his idea, which won an in-house design competition.

Not wanting the youthful spirit to get lost in translation, Honda did something unprecedented, appointing Mukumoto, then only 22 years old, as Honda’s youngest ever LPL. Veteran engineers however, will guide and support Mukumoto's equally young team, which like all new model development projects at most Japanese manufacturers, were plucked from their daily jobs and assembled for the project (LPL title is only temporary).

Mukumoto had an S2000 (when I met him in 2015, he has swapped the S2000 for an S660 but dailies a Honda Element) but rates himself as a novice driver. He always felt that the S2000 was the one driving him rather than the other way around and wanted to build something smaller, cheaper for young drivers. The objective was not about performance, but to capture the simple joys of riding a Honda Super Cup bike, which the 1988 born Mukumoto used to do a lot as a teenager.

Why consider the tiny Honda S660 for Malaysia?

The Honda CR-Z was also discontinued sometime in 2014 after the tax exemptions for imported hybrids ended, thus leaving a gap in Honda's local product line-up. 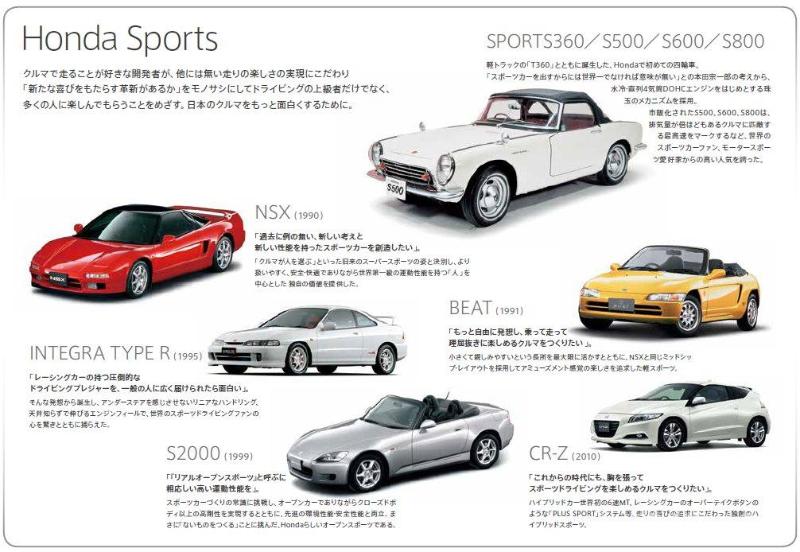 Remember also that the FK8 Honda Civic Type R has yet to make its global debut then.

The team that made headlines around the world for making Malaysia the first (and only) country outside of Japan to launch the FD2 Civic Type R is not the type of who will sit around and wait for the next instruction from their bosses. 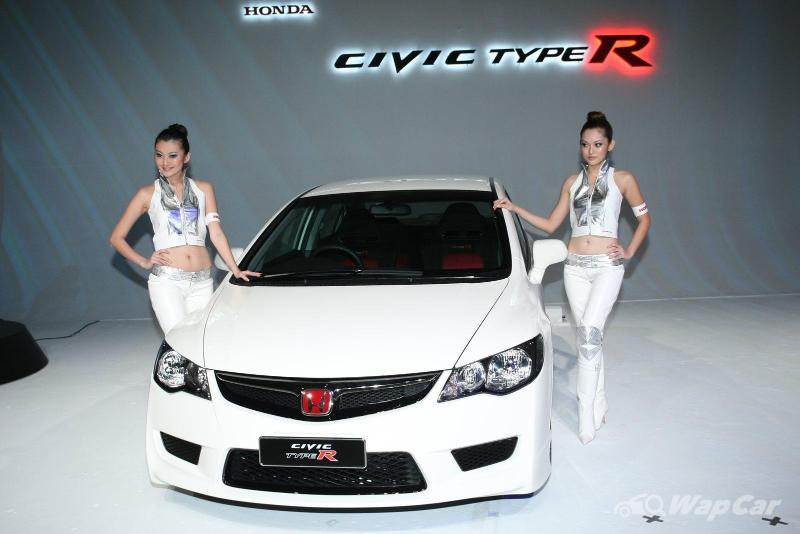 Looking for a new challenge, the team looked at Honda Motor’s available product line-up then and the next best alternative was the S660 and that was it.

What were the problems encountered?

The most obvious problems were price and homologation requirements. 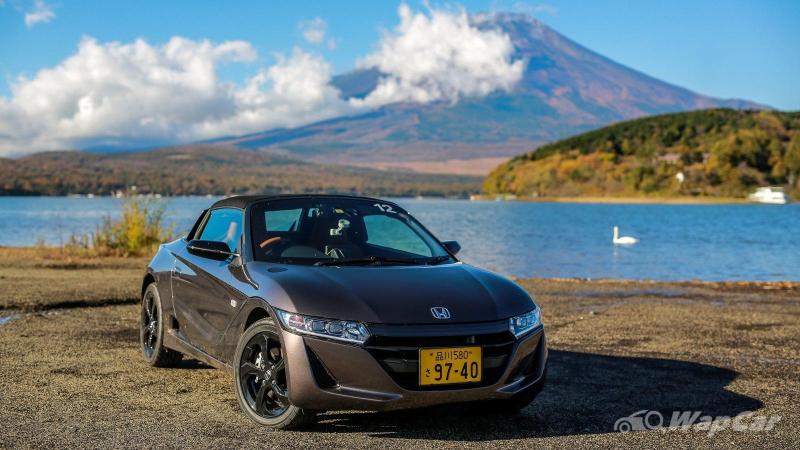 The Honda S660 is relatively cheap by sports car standards but compared to regular cars, it's still quite expensive. Even in Japan, the S660 is priced just slightly below a Honda HR-V. It’s supercar-level construction and packaging means that it’s a lot more expensive than an equivalent Daihatsu Copen.

Once imported into Malaysia however, prices will certainly balloon to Honda Accord’s level.

For comparison, the S660 is about 20 percent cheaper than a Mazda MX-5 1.5L (Japanese market MX-5 uses a smaller engine) in Japan, itself already priced close to a Mazda CX-5 in Japan.

Pricing is a challenge but it's not an insurmountable problem. The model can just follow the template already established by the Honda Odyssey, a high price, low volume imported product that doesn’t require any marketing spend but the product is there to meet the requirements of a small group customers.

Likewise, the S660, being the icon that it is, it will have its own small group of fans willing to pay a premium for it. 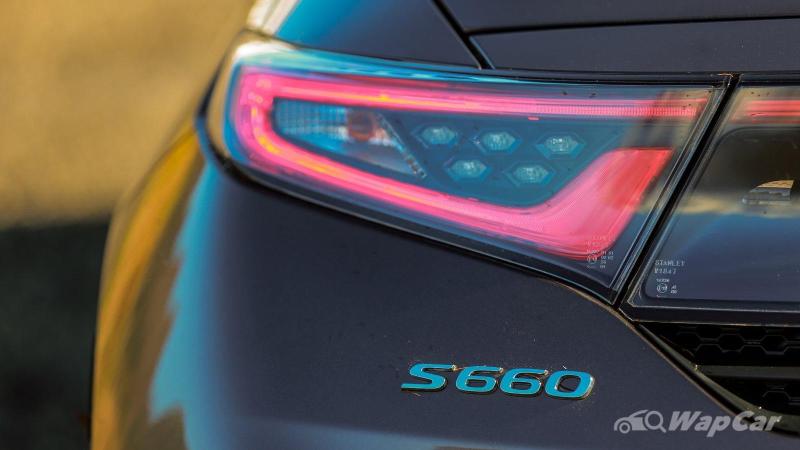 To someone who already has a Porsche 911, the S660’s lack of performance won’t bother them at all but the bragging rights of having a unique Japanese icon parked in their porch is worth the money.

The bigger problem however, is that as a Japan-only model, it is very difficult to homologate the S660 to Malaysian regulations. 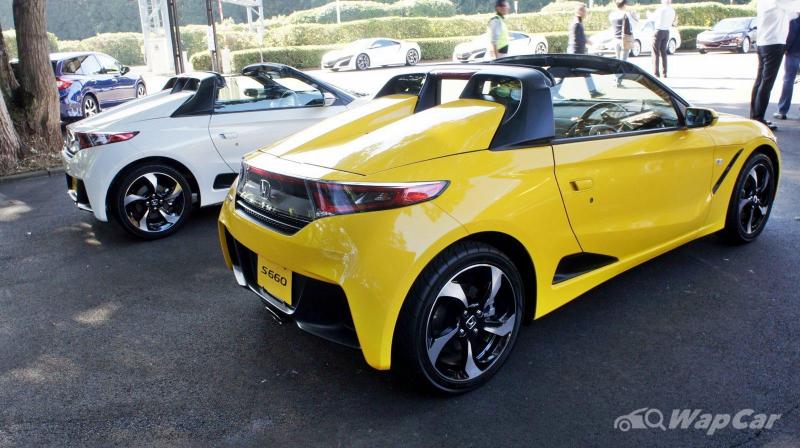 What is homologation you ask? Before a new car can be registered in Malaysia, it needs to obtain what’s called a Vehicle Type Approval (VTA) certificate.

VTA is done by JPJ, which adopts European-style UNECE regulations. Since the S660 was never meant to be sold outside of Japan, Honda Motor doesn’t have any UNECE documents for the S660 and getting it done is extremely tedious.

To give you a simpler analogy, if you graduated as a doctor from a Malaysian university and would like to seek employment in another country, your academic qualifications needs to be recognized by the host country. Else, you will have to take a qualifying exam, which as you can imagine, is a very tedious process.

It’s the same thing with a car’s homologation documents. 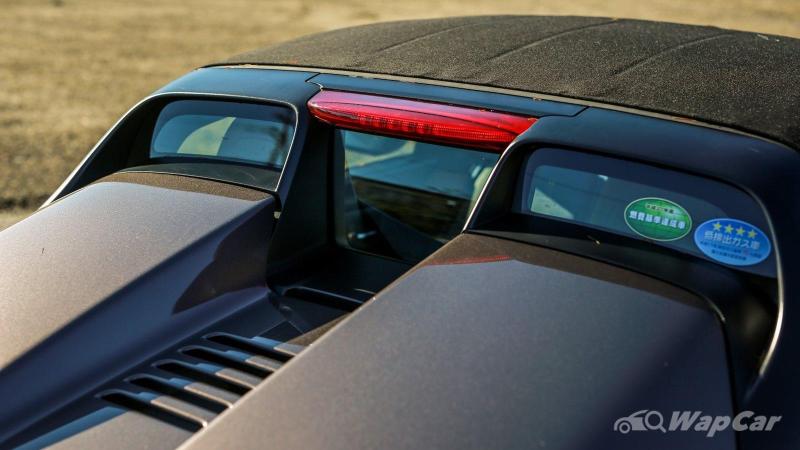 Thankfully, Malaysia’s JPJ is not very rigid on this requirement and Honda Malaysia was eventually able to get an exemption on the VTA requirement on account that the S660 will be a very low volume product, numbering no more than several hundred.

Even in the UK, importers can apply for what's called an Individual Vehicle Approval, for low volume production cars. No documents are needed and only basic visual inspections are necessary.

So what’s the problem then?

Like many projects in big companies, the toughest road block is usually from internal stakeholders rather than external ones.

The Japanese at Honda Motor were not convinced that Honda Malaysia’s proposal was a sound one. Since the S660 is a standalone model, the methods used justify the FD2 Civic Type R for Malaysia doesn’t apply.

There were many concerns, the biggest of all is legal liabilities. For example, the S660 was never built to cope with driving conditions outside of Japan and the Japanese engineers are quite familiar with how (bad) our driving conditions are and how Malaysians treat the North South Highway like it’s an autobahn, except that it’s far more demanding than a German autobahn due to our tropical heat and humidity. 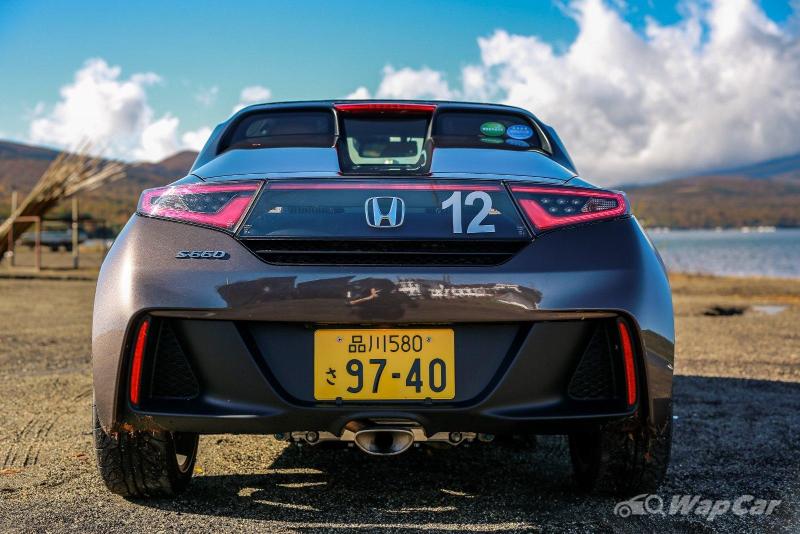 There were many more “What ifs” scenarios that were deemed to be too risky for Honda Motor, all for just several hundred cars. Thus the project was eventually shelved.

That's a shame because the S660 is still one of the most fun cars I've driven. It's so slow but yet is so addictive to chuck around corners. The limits of the car is very low so it doesn't demand much from the driver.

You are so one with the car that 80 km/h feels like 160 km/h but since you are having so much more fun the numbers don't matter at all. The experience is so analogue, so visceral, so organic, which can't be said for most performance cars today. 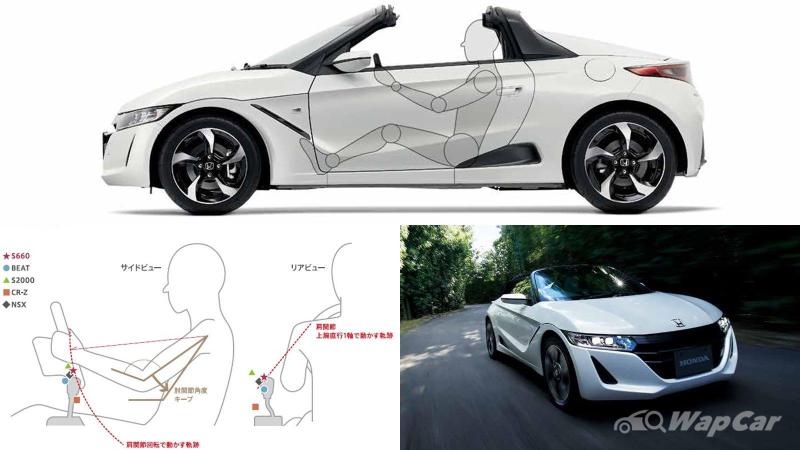 The S660 is a car that you just get in and have fun with it rather than concentrate about things like braking points and watching out for snap oversteer etc.

As enticing as the idea of introducing the little S660 here, the reality is that car companies can’t just pick and choose what model they want to introduce here and arbitrarily decide on what price to sell it at.

Such is the life of product planners. Most of the time, they get shot down but once in a while, they scored something good. 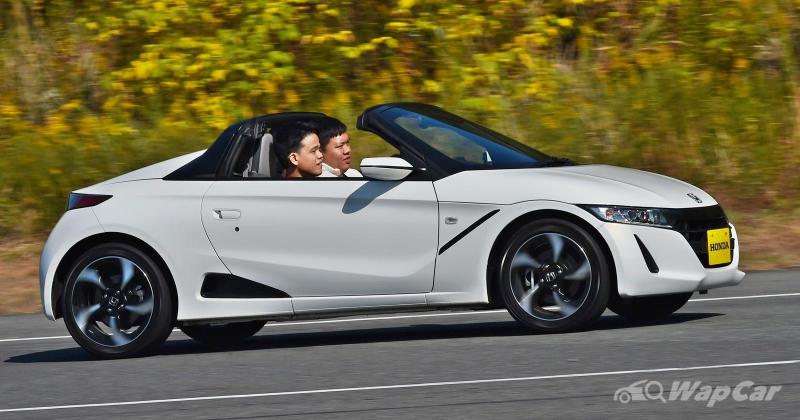 The word “bring it in” that’s regularly thrown about on social media by casual commenters grossly oversimplifies the complex behind the scenes work that needs to be done before a new model can be introduced.

While the S660 didn’t materialize, the Malaysian team scored some wins elsewhere. Malaysia is the first country outside of Japan to locally-assemble Intelligent Power Unit (IPU, Honda’s terminology for the high voltage battery pack and associated power control modules) for the City RS (to be launched soon), which goes a long way in winning it some much needed excise tax discounts.