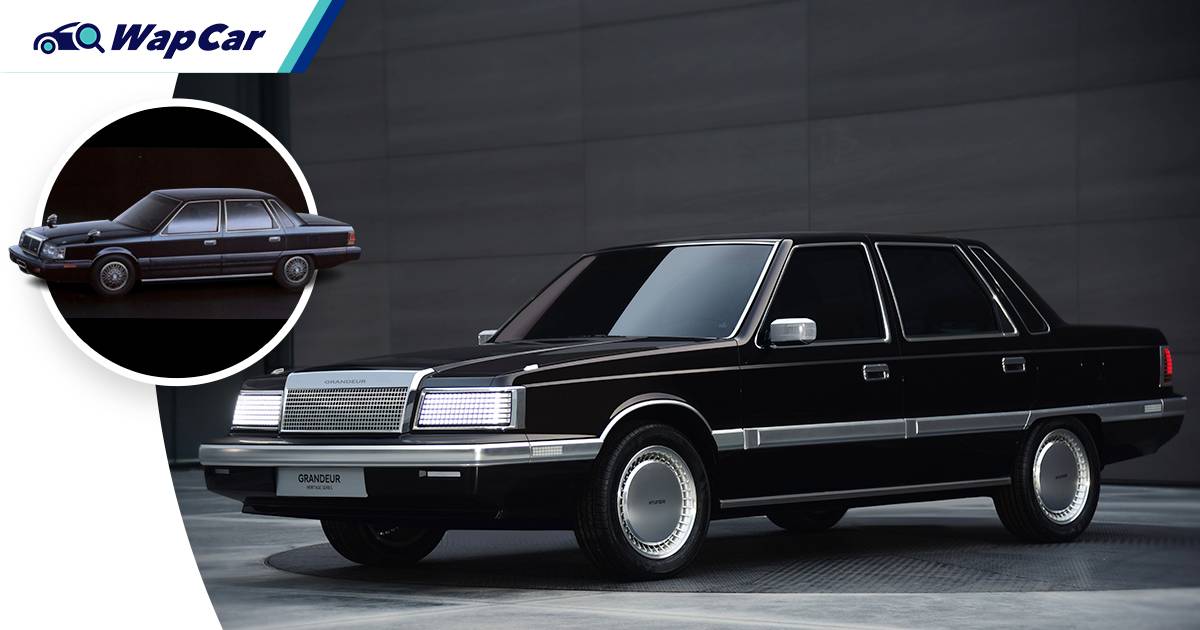 Here’s a quick question, what do Proton and Hyundai have in common aside from being the prime representatives of their respective nations’ car industry? If you answer both brands had Mitsubishi as partners during their early days, go get that celebratory half-hour break.

Back from your break? Well, let’s get down to this cool Hyundai Grandeur EV Concept and it’s really how carmakers should celebrate their brand legacy. That goes for you too, tiger. 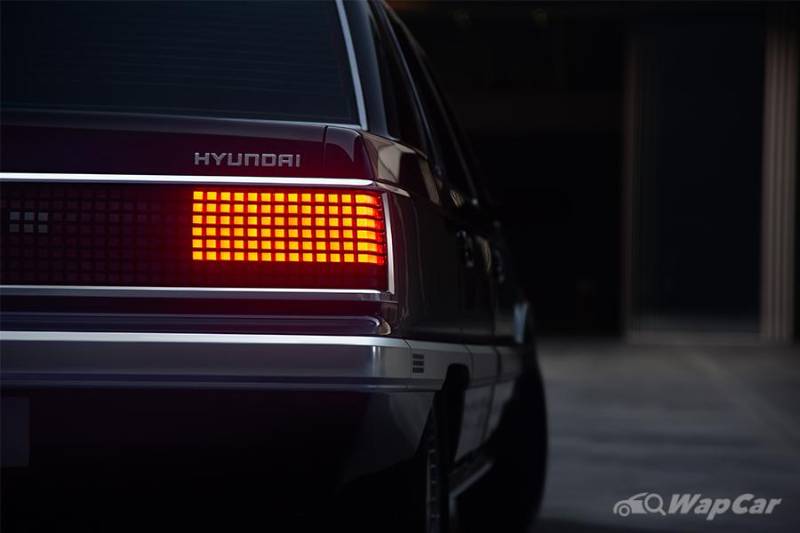 The Grandeur EV restomod is made to celebrate the 35th anniversary of Korea’s best-selling car of 2020 and it’s cool that the designers simply decided to keep the original 1986 shape intact. 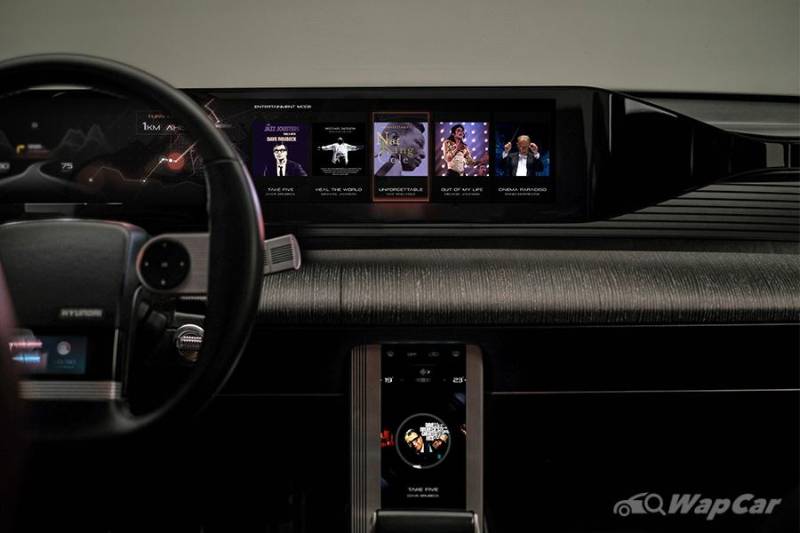 After all, throwback seems to be all the rage these days in the automotive world along with electrification. Thus, Hyundai combined the best of both worlds by taking out the original Mitsubishi-sourced internal combustion engine for an electric powertrain.

Hyundai has not revealed the power output nor the range of the Grandeur EV’s electric motor. This is also Hyundai’s second throwback restomod concept on one of its historical models with the first being the Pony EV, based on the company’s first original model.

Besides, the Grandeur is an important car in Korea and is portrayed in various old Korean movies as a choice of baddies. It is even featured in BTS member, Suga’s music video for one of his singles.

Even though the Grandeur was Korean, its launch wouldn’t be possible without the help of Mitsubishi and contrary to what many people think, it wasn’t really a rebadge. In fact, it was a collaboration of sorts.

Mitsubishi had a flagship called the Debonair and it competed against the Toyota Century and Nissan President. Though the trio was outdated in terms of looks and technology, they were highly regarded among Japanese VIPs, and with such a small volume, there was no need for a successor.

Enter the 1988 Seoul Olympics and though Hyundai wasn’t a national carmaker with ties to a government, it wanted to show the world that the Koreans have what it takes to make a modern luxury car.

This new project would be used to ferry various VIPs and delegates from all over the world. Its flagship at the time wouldn’t cut it as it was literally a Ford Granada built under license. So, Hyundai sought help from its Japanese partner to develop this new flagship.

As mentioned earlier, the three diamonds brand was not looking to replace its grandiose flagship but then Hyundai would throw a bone that convince the Japanese company to change its mind. The Korean chaebol would pay for a portion of the development costs and buy enough knock-down kits for a second-gen Debonair to happen.

Mitsubishi agreed and both the Hyundai Grandeur and Mitsubishi Debonair would make their debuts in July 1986. Just in time then for the 1986 Asian Games which was held in the Korean capital and acted as a lead-in to the Summer Games that will be held two years later.

The Grandeur turned out to be a smash hit in Korea and wrestled away the title from the Daewoo Royale as the country’s best-selling locally-made executive car. 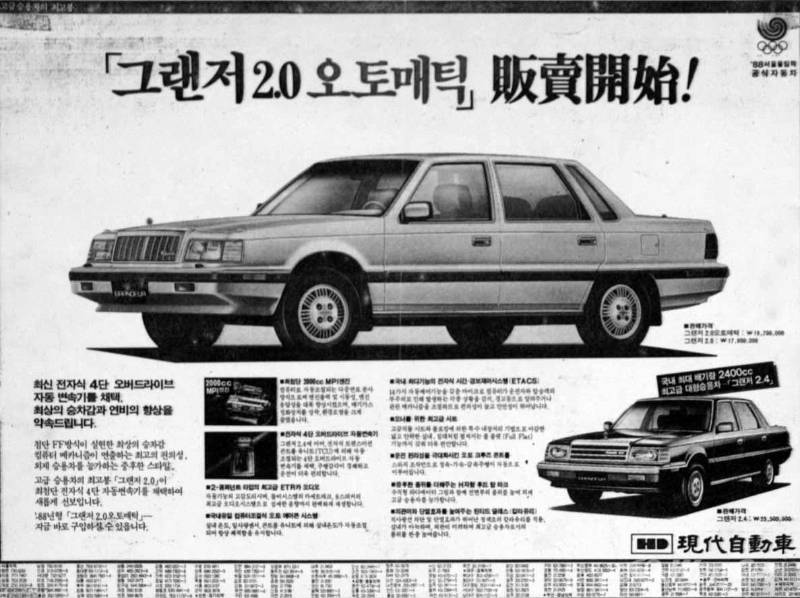 Not grand in Japan

The first-gen Grandeur continued to be on sale, mostly in Korea, until 1992 where it would be replaced by the second-generation model which was also sold as a Mitsubishi.

Unfortunately for Mitsubishi, the Grandeur’s success would not be repeated in Japan. The second- and third-generation Debonairs were sales flops even though the Three Diamonds sought help from AMG to dress up the second-gen Debonair. 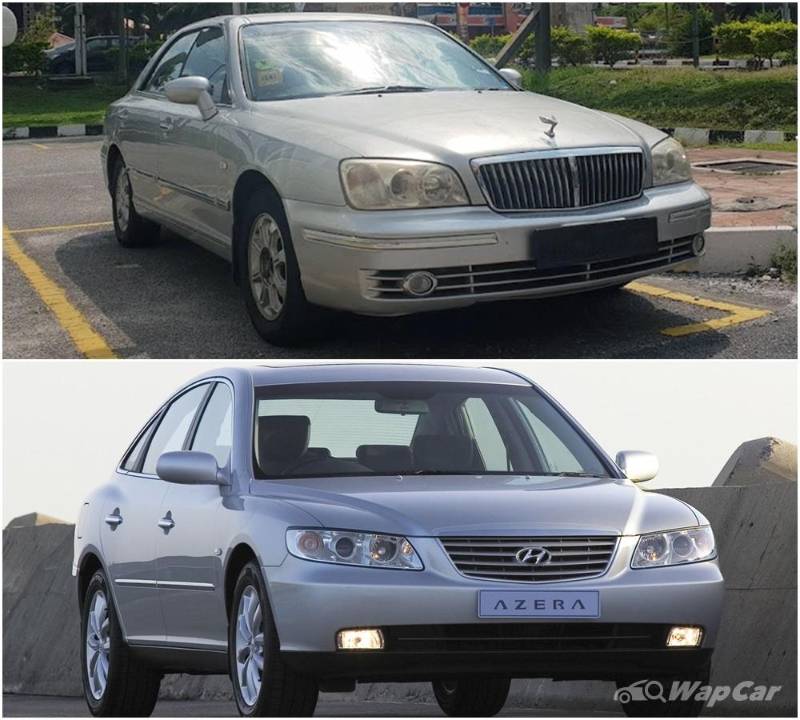 The Grandeur continues to be on sale until today and is currently in its sixth generation. The model was sold in Malaysia for the third and fourth generations where they were sold as the XG and Azera respectively.

Mitsubishi would continue to offer a flagship sedan model in its line-up with the Proudia/Dignity twin limousines replacing the Debonair. The first-gen models were also developed together with Hyundai which calls it the Equus and is vastly more popular in Korea than in Japan.

The success of the Equus would lead to Hyundai forming a luxury sub-brand of its own, under the Genesis brand.

Also read: What’s Genesis? Meet the Korean Lexus and a recent addition to the Sultan of Johor’s collection

But if this restomod tells one thing, it’s that though Mitsubishi helped to develop the first Grandeur, its popularity was more beneficial for the Koreans. One is a forgotten flagship sedan while the other became a cult classic with ties to that country’s pop culture.