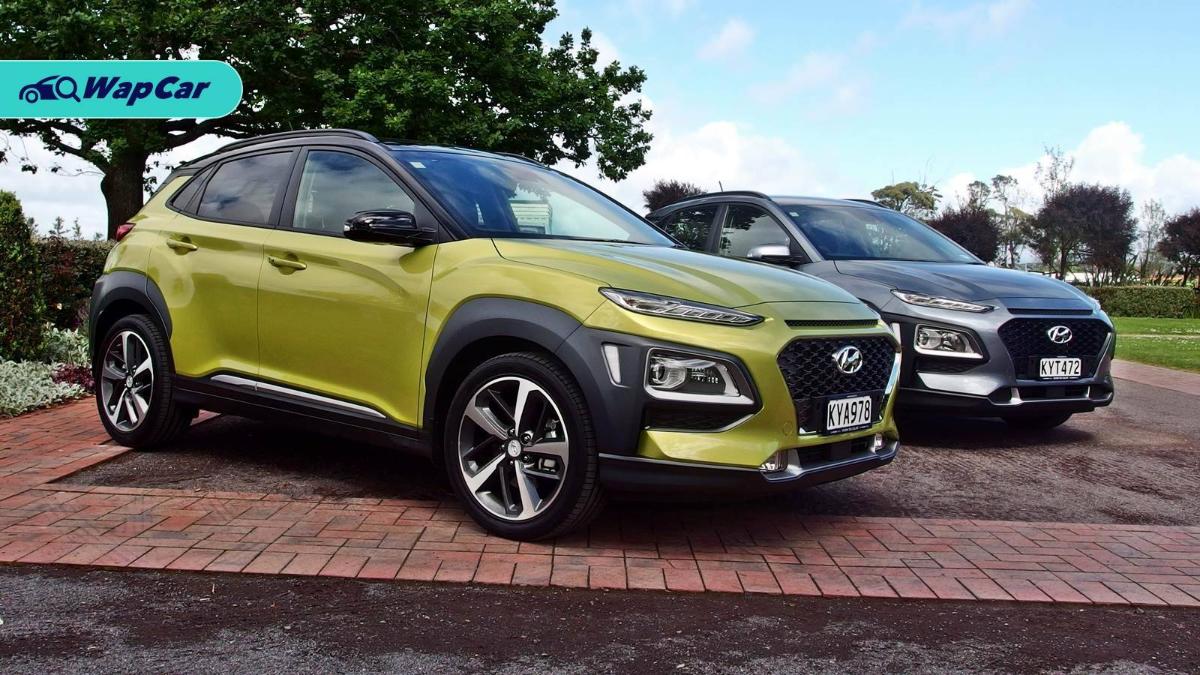 Although Proton has yet to confirm when the Proton X50 will be launched, we are pretty certain it will be within the month of October. Some sources have even provided us with a very specific date – October 15.

The October timeline is easy to understand because Proton desperately needs the X50 to close the gap in its annual sales target (MCO not helping). As of June 2020, Proton’s cumulative sales stood at 37,078 units versus Perodua’s 74,170 units.

Once past October, Proton will have less than 2 months to chase its (revised) sales target – that’s barely enough time for customers to decide on the purchase, trade-in their used cars, settle loan applications, register with JPJ, and deliver the car to customers. 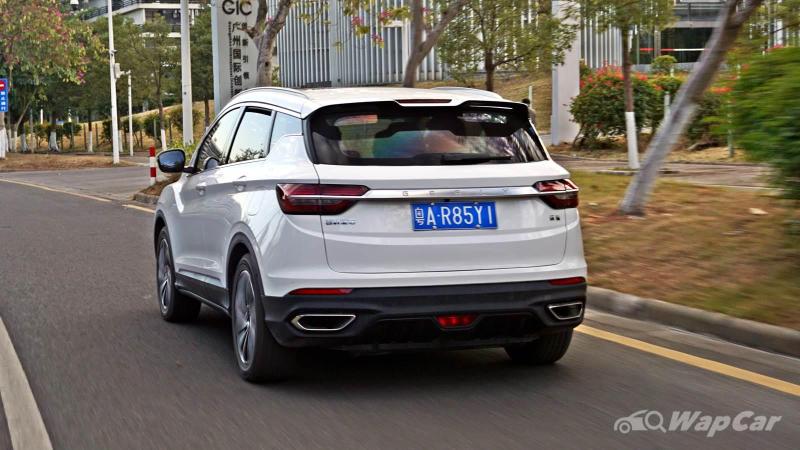 At the same time, development work for the Proton X50 is still on-going. Many on-road evaluations had to be postponed due to the MCO, which also explains why so many spyshots of camouflaged Proton X50s are surfacing on the Internet again. 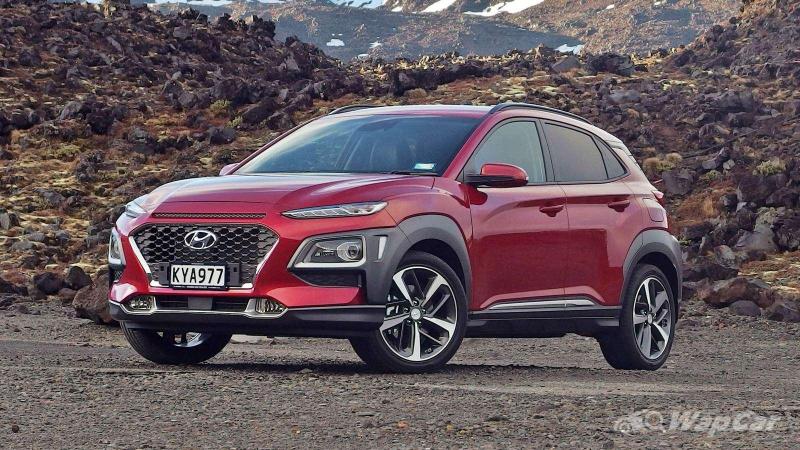 What Proton wasn’t expecting however, was for the Hyundai Kona to steal the limelight away from the Proton X50.

Yes, we have received information that the Hyundai Kona will be launched in Malaysia in September/October. Of course, the Hyundai doesn’t get the same kind of excise tax exemption enjoyed by Proton so it will be priced higher. 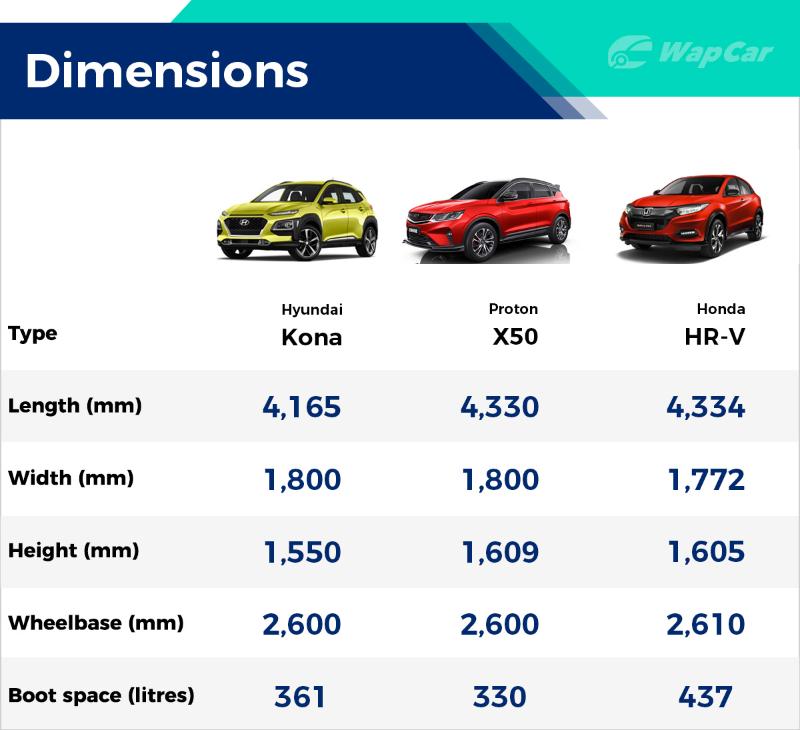 Our sources have also indicated that the Kona will be imported rather than locally-assembled, which will drive prices up even further, possibly past the Honda HR-V’s (from RM 104,000). 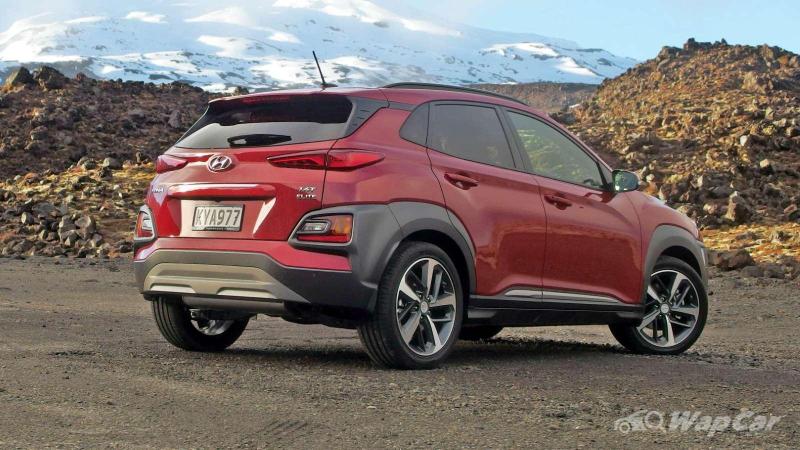 But the Proton X50 can’t be that cheap either, even with excise tax exemptions. It’s powered by an engine that costs more than the one used in the Proton X70. 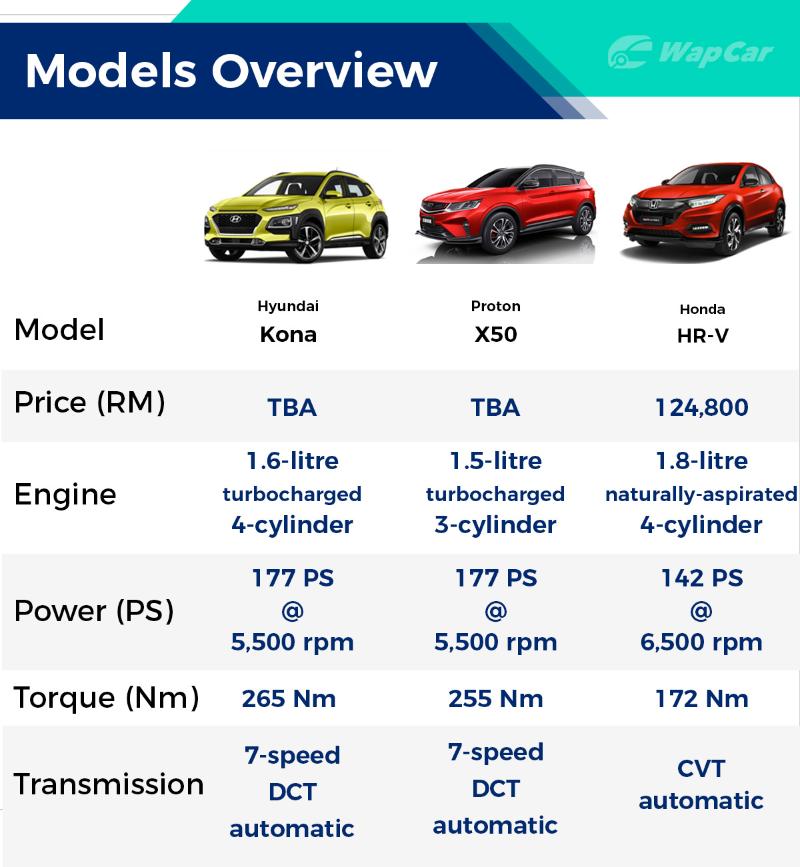 Although smaller in capacity, the lighter and cleaner emissions three-cylinder 1.5-litre turbocharged engine used by the Proton X50 makes nearly as much power (177 PS/255 Nm) as the 1.8-litre unit used in the Proton X70 (184 PS/300 Nm), which no longer complies with the latest Euro 6 emissions standard, which is also why the Proton X70 can’t be exported to Singapore. 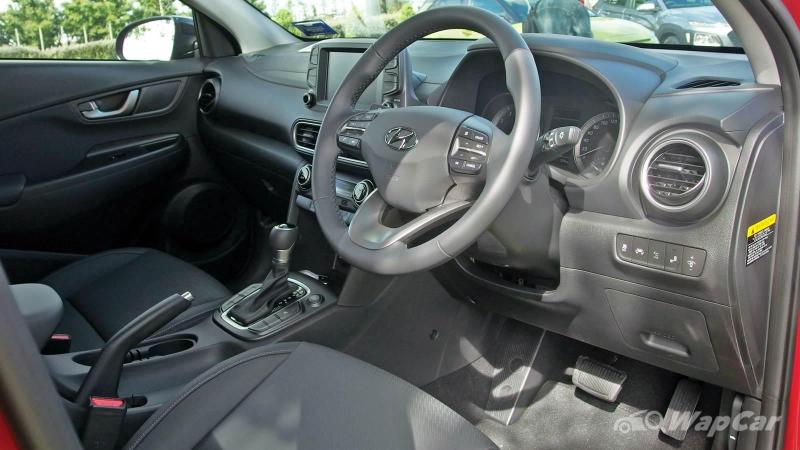 The Proton X50 also uses the latest lightweight BMA platform, something which the overweight Proton X70 didn’t benefit from.

Pricing aside, the Hyundai Kona packs the same firepower as the Proton X50, but adds a bit more style and refinement. 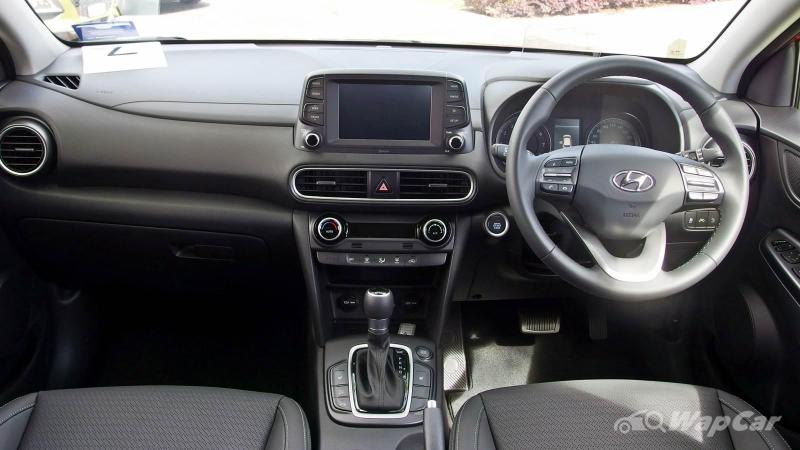 We have driven the Geely Binyue (review here) in China and the Hyundai Kona (review to come soon) in New Zealand.

Long story short - the Geely, like all Chinese cars, has a lot of flair in its interior design and feels rather premium, packs a lot of features but is still lacking in last 10 percent of systems/features integration work - the measure of how well different parts of the car work in harmony. 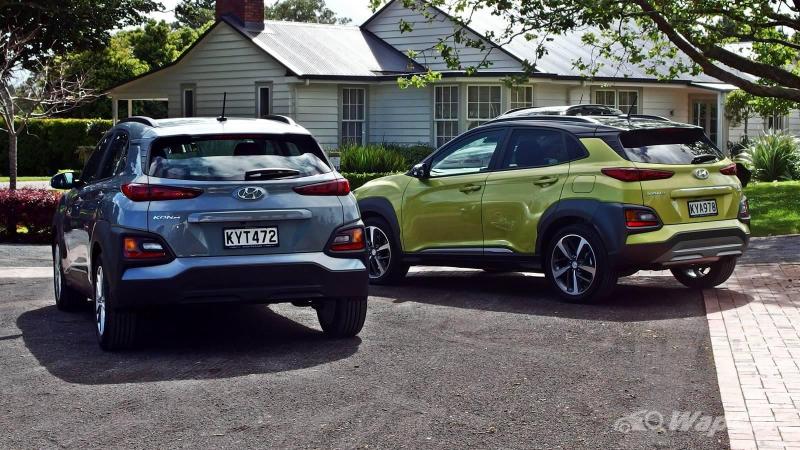 The Hyundai Kona that we drove had a 1.6-litre turbocharged four-cylinder that pushed out 177 PS/265 Nm, paired to a 7-speed dual-clutch automatic transmission with all-wheel drive – better than the Proton X50. We can’t say for sure if this is the same powertrain that our local specs Kona will be getting but the outlook is positive. 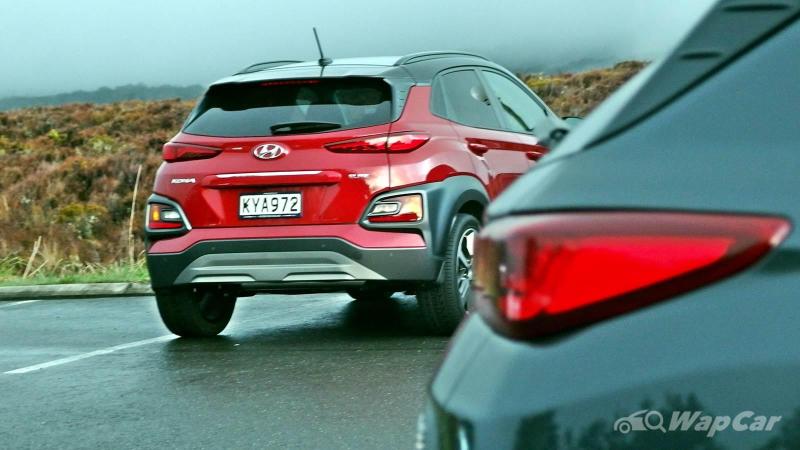 As you would expect from a company like Hyundai (their latest Genesis models now are better than many other luxury German cars), the Kona just feels better overall. The Geely on the other hand, gives you the feeling that different teams were working separately on different parts of the car, only to have yet another team linking everything together. 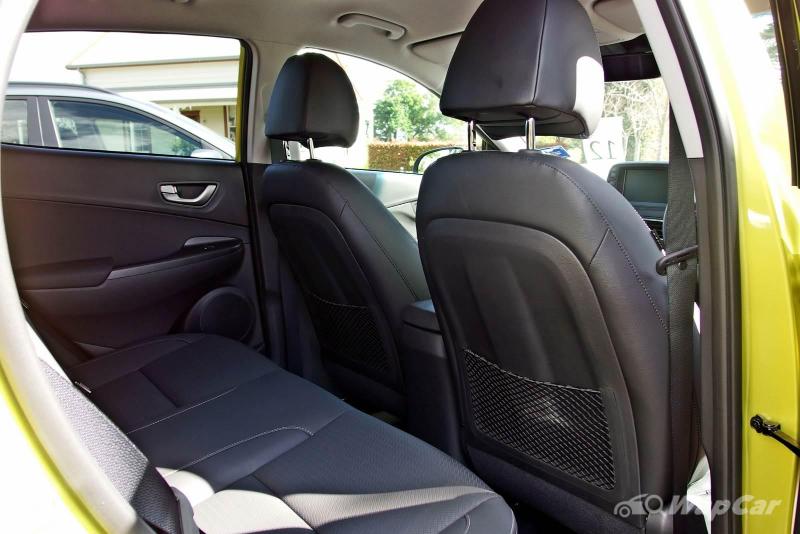 For example, the Geely Binyue’s engine makes an impressively high 177 PS but the rest of the car – steering, transmission, and chassis control – don’t appear to be very well calibrated to allow you to make good use of all that power. 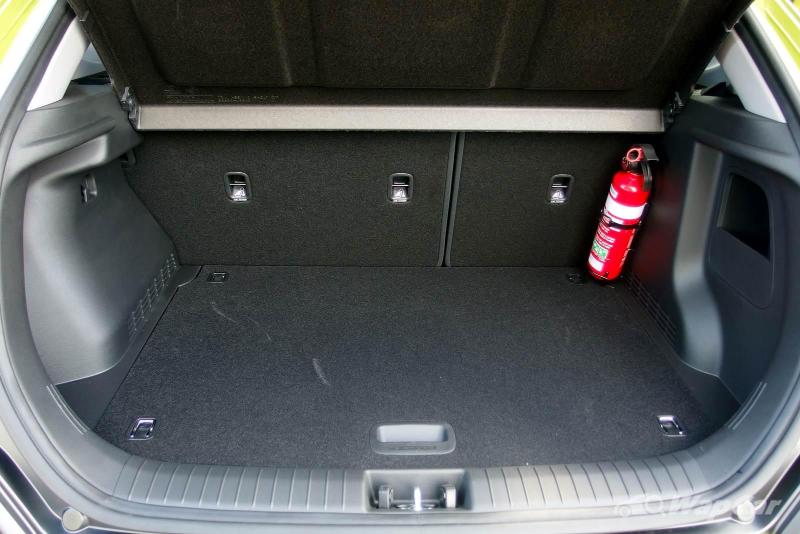 The Hyundai Kona on the other hand, despite having a rather plain looking interior, just feels more complete and better thought out. The big question is how far off will the Kona’s price be from the Proton X50. 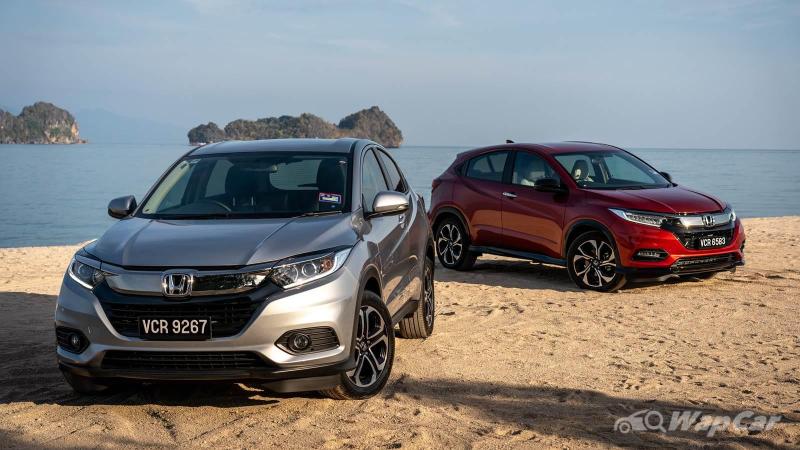 So where will this leave the Honda HR-V? The HR-V’s trump card is still its practicality, interior space, fuel efficiency – none of these can be matched by its rivals, but there’s no denying that competition is getting more intense.