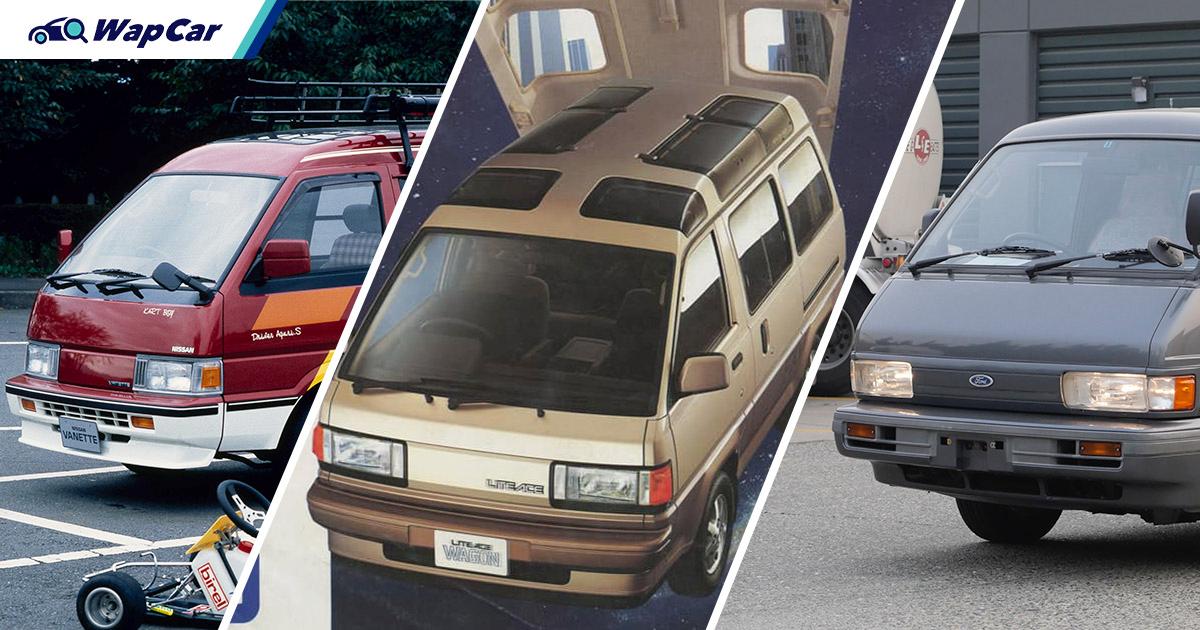 Once again, Malaysians can't go back to their hometowns to visit their parents or relatives for the second year in a row due to the MCO. The spirit of balik kampung, of packing everything into the family’s car, usually a 7-seater, and trundling along the highway is something we miss very dearly. 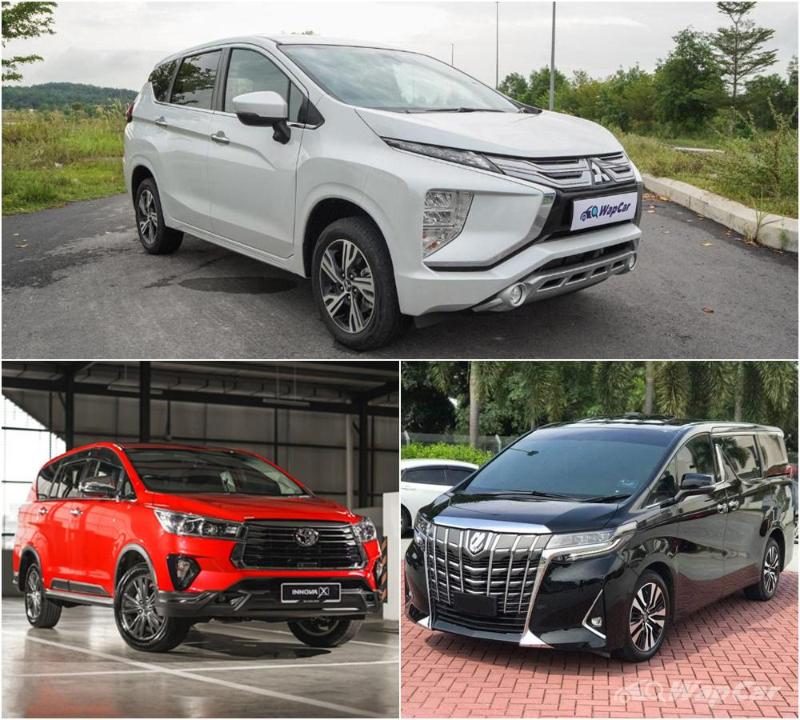 Speaking of 7-seaters, Malaysians are pretty much spoilt for choice at the selection of models that are on sale now. Buyers could go for something affordable like the Mitsubishi Xpander, something large like the Toyota Innova, or even something grand like the Toyota Alphard. 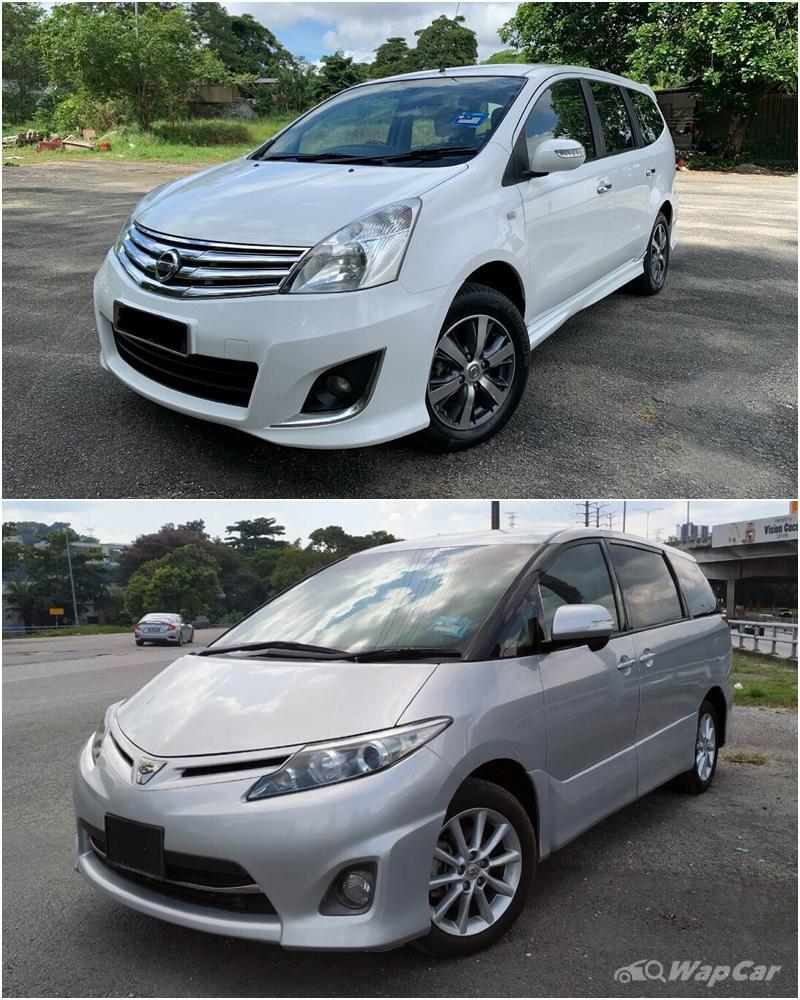 The same goes for the used car market with models like the Nissan Grand Livina and the Toyota Estima fetching some attractive prices.

But wind back thirty years ago or so and buyers who wanted a 7-seater were only faced with one option: a van. MPVs were a novel concept around the early 1990s and for families who wanted to take the trip down to Opah’s kampung in the East Coast, a van was pretty much the only option.

We’ll take a look at three vans that really stood out among Malaysians back when an MPV was literally just a window van with an overhead air-cond. If the van even comes with the latter as an option.

Despite the American Blue Oval that was plastered on the front and rear of this van, it was more JDM than USDM. Just like many Ford models that were sold here in the eighties, the Ford Spectron was a rebadged Mazda, in this case the Bongo van. 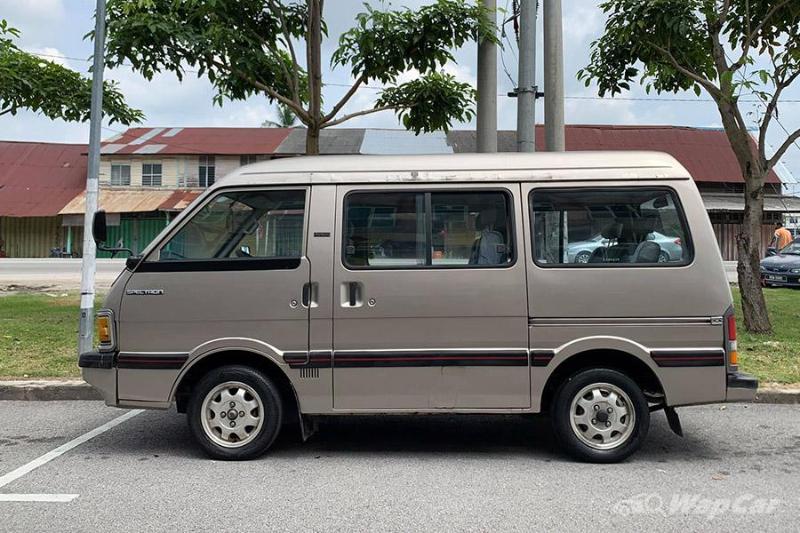 More than that, it was also one of the more premium vans in its class and is considered the Alphard/Vellfire of its time. The Spectron was the commercial-grade Econovan with quite a bit of kit.

Some options that were offered on the Spectron included alloy wheels, soft fabric seats, and later on, a rear roof spoiler. The Spectron was pretty fly for a family van and introduced that concept to Malaysians. 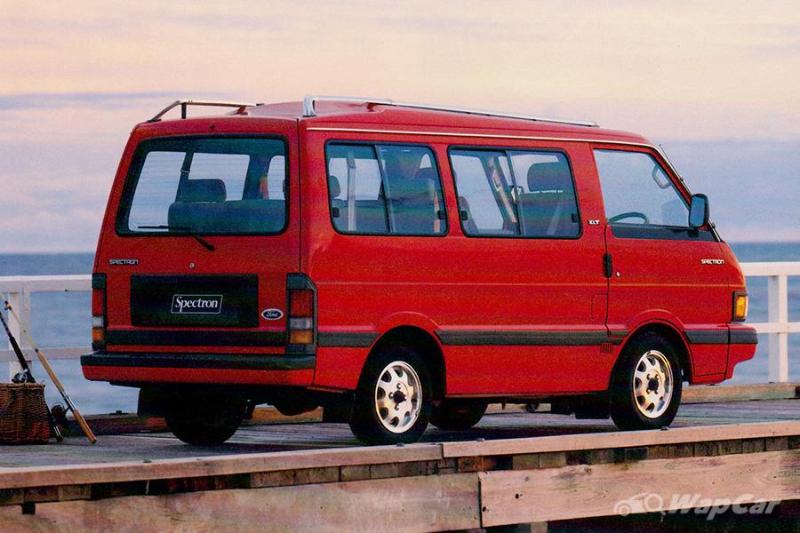 The Spectron was introduced here in 1988 with one trim level, the 1.8 XLT. It was powered by a 1.8-litre pushrod 8-valve engine paired to a 5-speed manual. This was sold until 1993 when it was given a facelift but the most extreme makeover was to arrive in 2000. 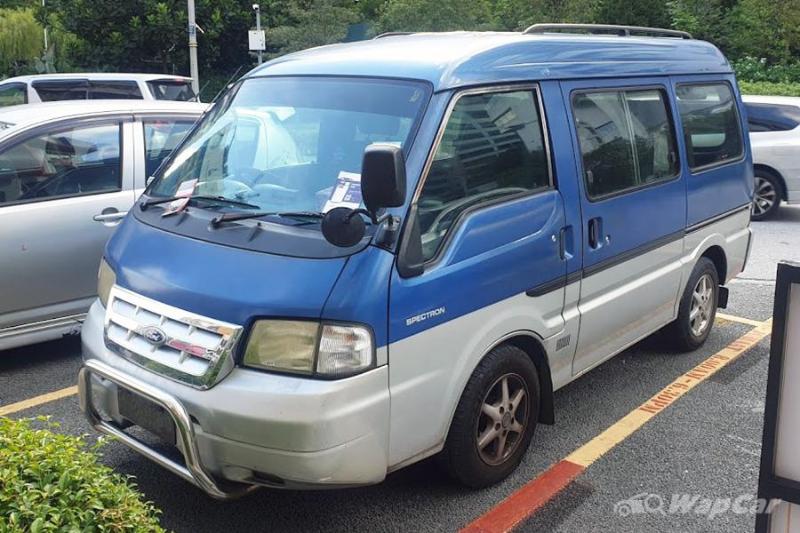 The Spectron was given a new chrome grille, chrome bullbars, roof rails, a two-tone paintjob, and was only available with a fuel-injected 1.8-litre engine paired to a 4-speed automatic.

By the time this update was introduced, Malaysians were feeling the MPV craze with the arrival of the Toyota Unser. The Spectron felt more like a relic and was discontinued thereafter. 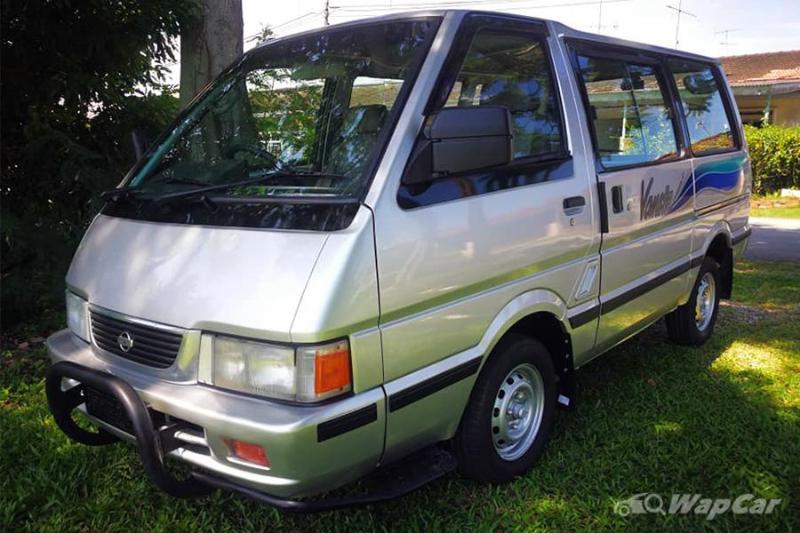 Quite possibly the most recognisable of the three and also the longest ever produced, the Nissan C22 Vanette is a legend among Malaysians. It is popular among pasar malam vendors as well as sinisterly, kidnappers. 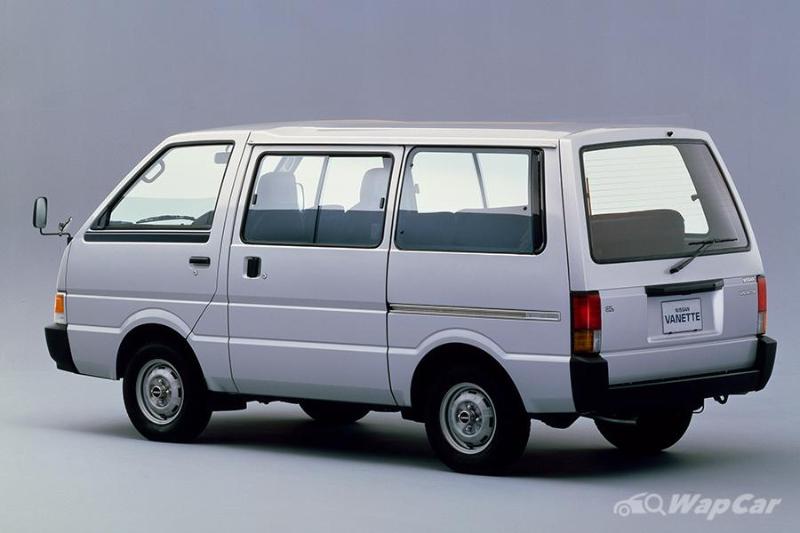 The Vanette is also one of the most reliable vehicles ever sold in Malaysia and it’s unsurprising given how many years this infamous van was in production. Even when the world moved on with a newer generation of the Vanette, production of the C22 kept chugging on at Edaran Tan Chong Motor’s (ETCM) plant in Segambut until 2010. 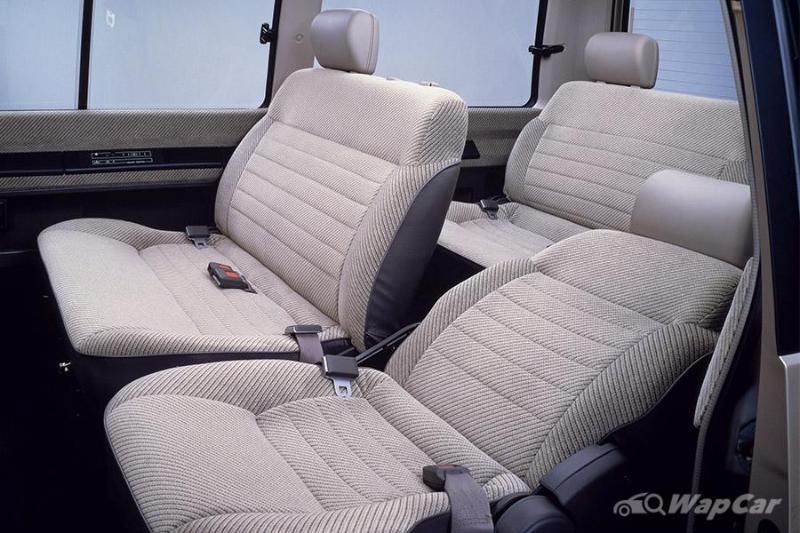 More than just a favourite among vendors, it was well-liked by almost every Malaysian that it became the best-selling van for years. It provided good value for money and decent fuel economy from its 1.5-litre engine. 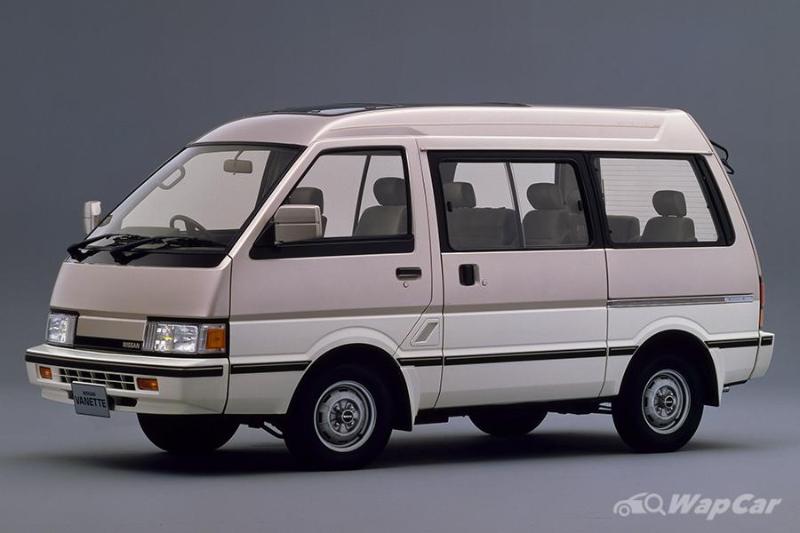 Throughout its more than two decades in production, the C22 Vanette remained mostly unchanged. In the 1990s, however, ETCM tried to spruce up the Vanette’s image with the Vanette Elite. 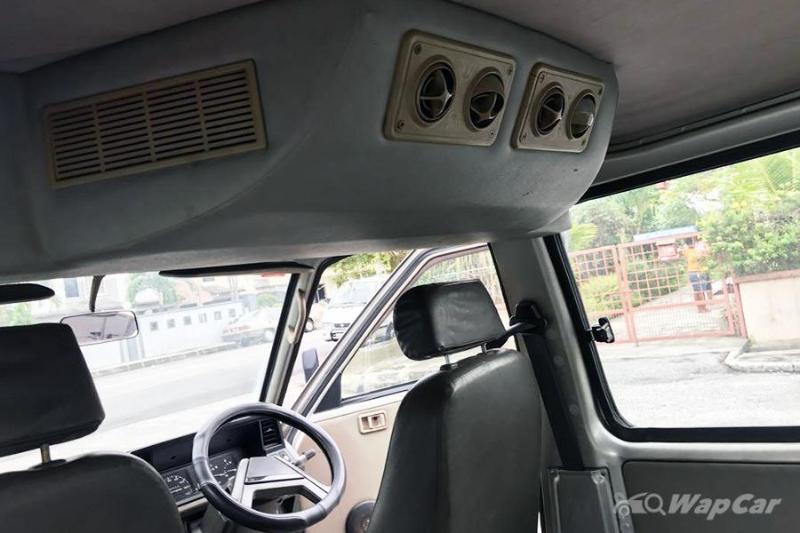 Billed as a challenger to the Spectron and a smattering of early MPVs, the Vanette Elite came with three individual seats in the middle, funky exterior graphics, two-tone paint, alloy wheels, and an overhead air-cond.

Interestingly enough, ETCM had also launched the Nissan Serena around this time and in some markets, the commercial variant was called the Vanette. 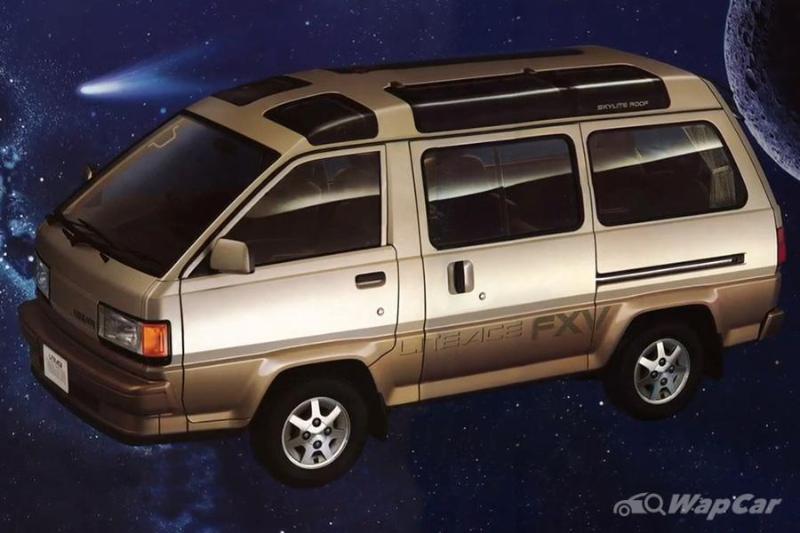 Another fierce and equally legendary rival to the Vanette was the Toyota Liteace. It’s not so often to see these two battle each other in the sales charts. Toyota’s rivalry with Nissan is all in the past now as the latter slumped further into buyer’s consideration.

Anyhow, the Toyota Liteace was just as reliable as the Vanette and it also came in a few configurations for buyers including the family-friendly windowed variant. However, plushier variants of the Liteace had more than just soft seats and alloy wheels.

Around the mid-eighties, UMW Toyota (UMWT) sold a unique variant of the Liteace known simply as the Model F. Despite its fairly generic name, it was quite expensive with prices listed at RM 47,000 in 1986. Accounting for inflation, that amounts to around RM 112,000 today which is just insane for a van. 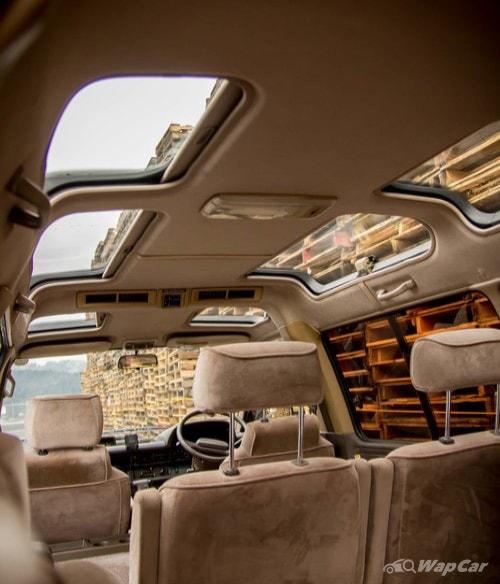 Eventually, some units of the flashier MasterAce Surf and TownAce Surf were brought over from Japan through grey imports. What made these variants highly sought after are the moonlights on the roof which give occupants an individual window (literally) to the sky. 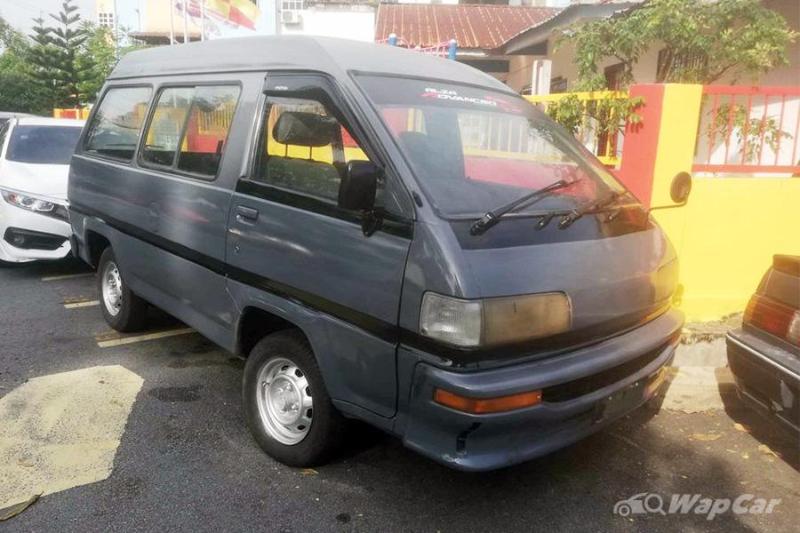 Toyota continued on with the final version of the Liteace called the Liteace Premio in the 1990s. Unlike the makeovers Ford and Nissan did on their vans, Toyota kept the update to a minimum; it didn’t even get alloy wheels!

The Liteace has quite a fair share of fans today especially among those who wanted to convert one into a camper van. It has a very retro design that suits well with the hipster aesthetic of many camper van enthusiasts. 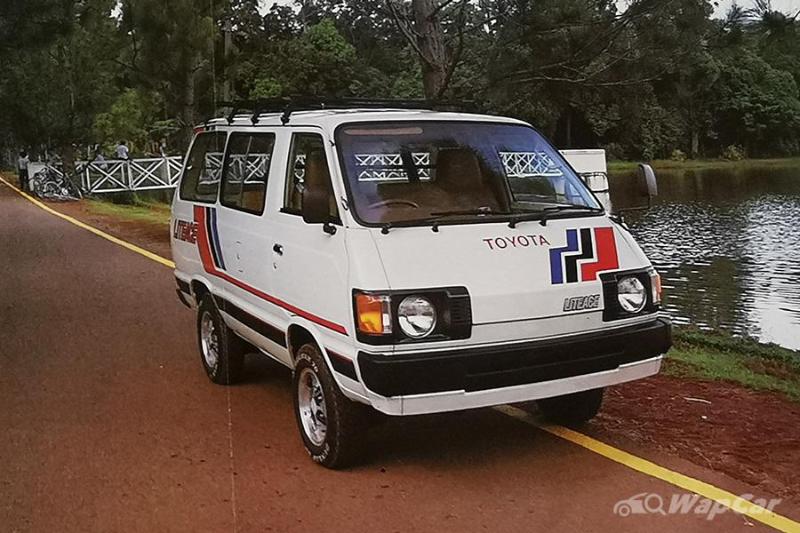 Those are three of the most popular and well-known vans among Malaysians. While they are mostly seen as commercial vehicles these days, these vans are friendly enough to be used by the family for those very much missed road trips.