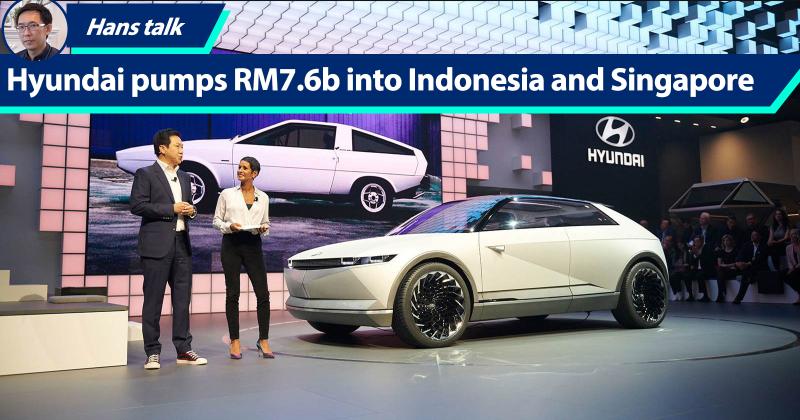 Earlier this month, Hyundai started construction of a RM 1.22 billion, 30,000 electric vehicles a year plant in Jurong, Singapore. When completed in 2022, the Hyundai Mobility Global Innovation Center (HMGICs) will be the Hyundai Motor Group’s (which also include Kia) regional hub for electric vehicle (EVs) production and development.

The move comes as a surprise because high wage cost Singapore is not an obvious location for manufacturing industries, and Singapore last made a car in 1980. It has zero car manufacturing expertise and does not have any established supplier base or talents that can manage a car plant.

The Singaporean plant will be one of two that Hyundai is building in this region. Hyundai is also pumping RM 6.4 billion into Indonesia to build a 250,000 cars per year plant there, which will be ready next year.

Even more surprising is the fact that Hyundai Motor has a 15 percent stake at the Inokom assembly plant in Kulim, but the Korean car maker decided to overlook Malaysia and chose Singapore and Indonesia instead. That’s quite a snub.

Hyundai has yet announce the specific models to be made in Singapore, but has said that the Ioniq nameplate will be re-designated into a standalone brand for EV models, analogous to Genesis for its premium models.

Three EV models are planned for the Ioniq brand.

The first will be the Ioniq 5, an EV crossover based on the EV 45 concept that was unveiled at last year’s Frankfurt Auto Show. The model will go on sale in 2021 and will most likely be the model that will be produced in Singapore. 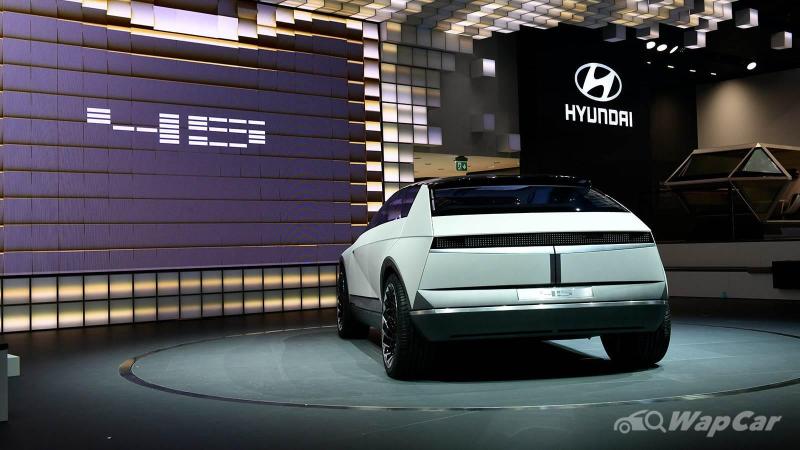 Next is the Ioniq 6, which will be based on the Prophecy concept that was unveiled earlier this year – a Porsche Panamera-style fastback/sedan. It should go on sale in 2022.

The final Ioniq 7 model is a large SUV and since it’s only expected to go on sale in 2024, the concept car previewing the Ioniq 7 is yet to be released.

But back to the question, why Singapore and Indonesia? Why not Malaysia? Our National Automotive Policy has a lot of mentions about electric and next generation vehicles right?

The decision by Hyundai is unprecedented. "It is the first time we are picking a country which does not have a car manufacturing industry," an insider told Singapore’s The Straits Times.

Is Singapore an important market for Hyundai? Not really. 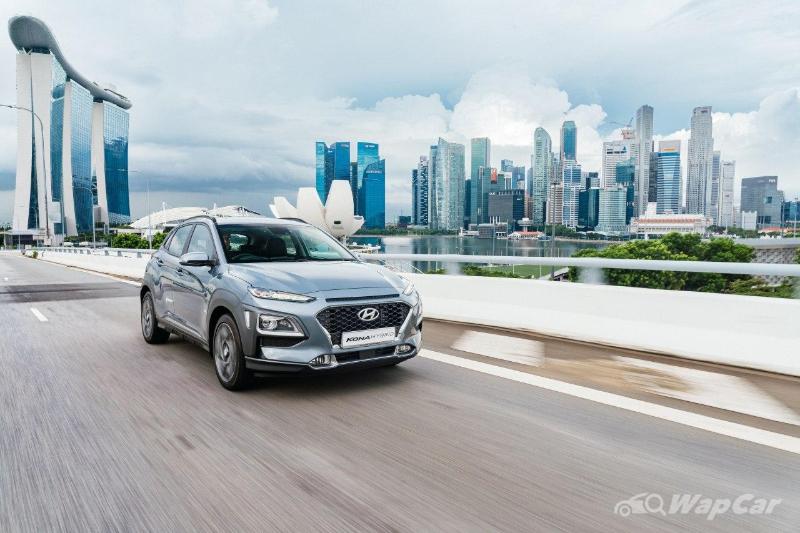 So present sales volume is unlikely to be a factor behind Hyundai’s decision, else they would have chose Vietnam.

Indonesia sold just 1,365 Hyundai vehicles last year, mostly Starex (H1) and Santa Fe models. Those numbers are less than Malaysia but that didn’t stop Hyundai from building a new plant there. I know, what a slap in the face right? 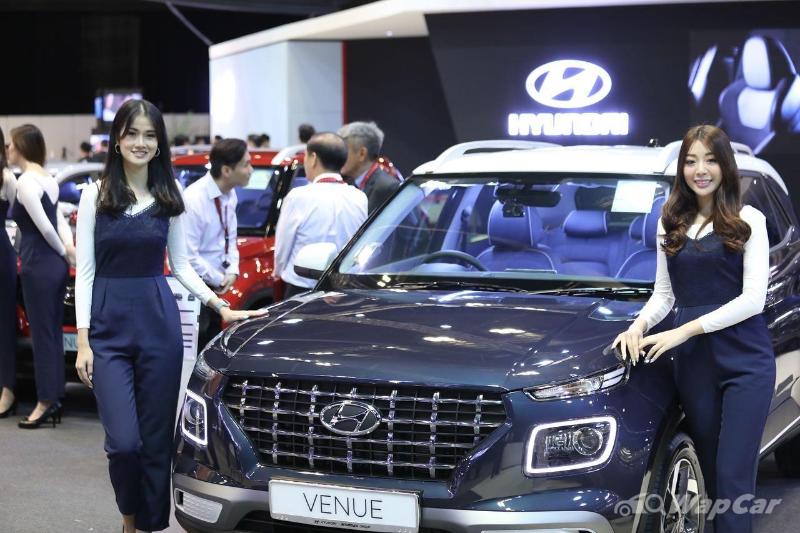 Construction of Hyundai Motor Manufacturing Indonesia’s Kota Deltamas plant has begun and vehicle production will begin in late 2021, with an initial capacity of 150,000 cars per year, before ramping up to 250,000 at a later stage.

The new plant will produce a compact SUV, compact MPV and a sedan – all of which have yet to be launched. Production of EVs are being considered too.

Hyundai’s decision to invest in Indonesia and Singapore, despite the low sales volume there, is directly related to the respective country’s government’s push into electric vehicles – a sector which Hyundai aims to be the top-3 by 2025.

“The establishment of Hyundai Motor’s manufacturing plant in Indonesia has been made possible thanks to the continuous cooperation and support from the Indonesian government,” said Euisun Chung, Executive Vice Chairman of the Group, at the signing ceremony in November 2019. “Hyundai will continue to listen actively and respond to the Indonesian government's expectations and policies regarding eco-friendly vehicles, while continuously contributing to the ASEAN community.”

Indonesian President Joko Widodo’s wants to see 2,200 units of EVs, 711,000 units of hybrids, and 2.1 million units of electric motorcycles in Indonesia by 2025.

There’s a strategic reason behind President Widodo’s EV push. Indonesia holds 25 percent of the world’s nickel reserves, a crucial element in the manufacture of high voltage batteries for EVs. If it plays its cards right, Indonesia can become the Arabia of the EV era. 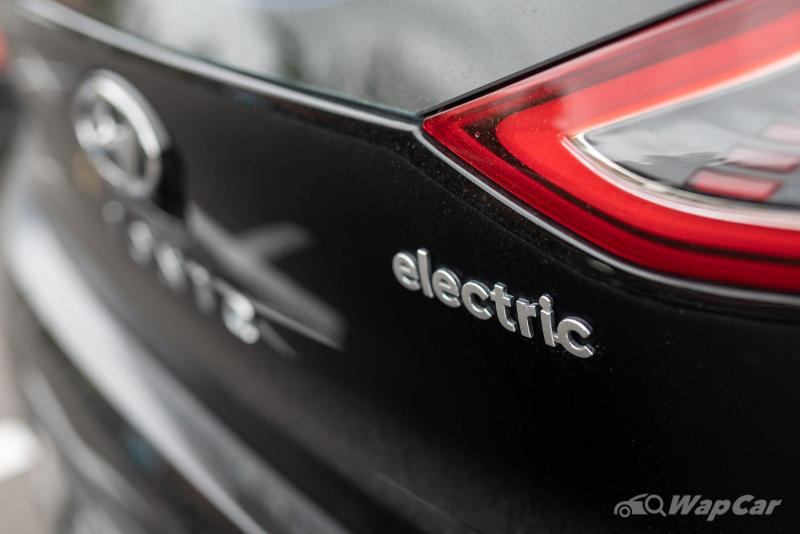 But President Widodo doesn’t want Indonesia to be a mere exporter of unprocessed minerals. He wants to establish Indonesia as a centre for EV battery and vehicle manufacturing.

Since January, Indonesia has banned exports of nickel and despite protests from mining companies, the Indonesian government is showing great resolve by putting its foot down in prioritizing their country’s longer term good.

All of it are in line with Hyundai’s goal of becoming a top-3 EV manufacturer by 2025, because securing supply for batteries is crucial for any EV maker.

As for Singapore, Hyundai is attracted by Singapore’s target to phase out combustion engines by 2040, and its established test-bed zones for autonomous vehicles.

Singapore has gazetted 1,000 km of roads to test autonomous vehicles in real-world driving conditions. All of which combine to make Singapore a more attractive place to develop the next generation transportation solutions.

What is less obvious however, is Hyundai's investment into a Malaysian company to push EVs in the region.

Grab is (was) a Malaysian company co-founded by Anthony Tan, scion of the Tan Chong Motor group. His grandfather the late Tan Yuet Foh established Tan Chong in 1957, the same year Malaysia got its independence. A true rags to riches story, the illiterate Chinese immigrant sold Datsun 1000s by distributing brochures from his bicycle. 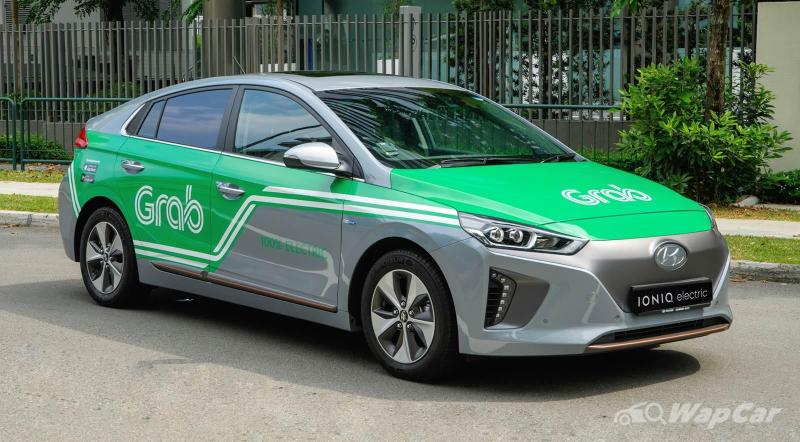 Anthony however, after a short stint in the family business, decided to chart his own path - sort of his own effort to break the Chinese curse that says “Family wealth don’t last beyond the third generation.”

Together with Tan Hooi Ling (no family relation), a former McKinsey analyst and a graduate from Harvard Business School, also a Malaysian, they started MyTeksi in 2012.

As Uber entered Malaysia, they remodeled MyTeksi first into the Grab ride hailing app, and later a super app that offers not just rides and food deliveries, but also financial services, and along the way, ousted Uber from the region. Yay for the Malaysian duo.

In 2014, the Grab moved its headquarters from Petaling Jaya to Singapore, to take advantage of the richer IT talent pool there (which ironically, consists of many Malaysians) and the island’s more fertile environment for tech startups.

In January 2018, the Hyundai Motor Group invested in Grab. The value of investment was not disclosed, but it involved rolling out EV variants of the Hyundai Ioniq. By November, Hyundai invested RM 1.04 billion into a South East Asia-wide EV partnership with Grab. 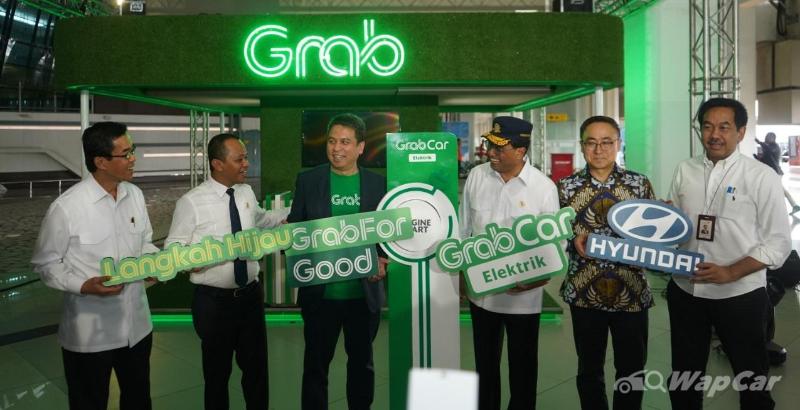 Grab has also announced that it will roll out 500 units of Hyundai Ioniq EV in Jakarta by the end of this year, and has since launched its GrabCar Elektrik service there. 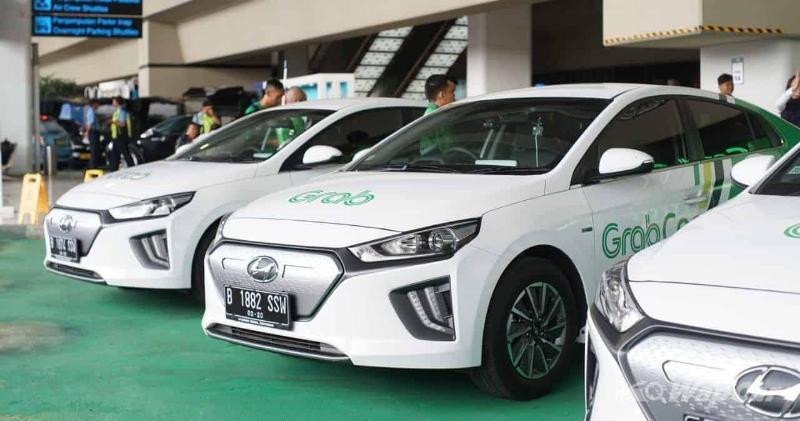 Together with its fleet in Singapore, Grab is South East Asia’s largest EV fleet operator.

Prior to this, Grab was already operating a fleet of BYD e6 taxis from China.

With Hyundai's investments in Grab bringing positive results in pushing EVs in the region, it's only natural for Hyundai to mirror Grab's move to prioritize Singapore and Indonesia.

The fact that Grab is headquartered in Singapore, which plans to phase out petrol and diesel-powered cars by 2040 and is actively researching into autonomous vehicles, helped convince Hyundai.

Like Uber in the US, Grab understands that the future lies in driverless, robo taxis. It can't rely on human drivers as it scales up its business.

Grab has partnered with autonomous vehicle specialist nuTonomy, and Singapore is the best place to conduct pilot trials of such services.

Hyundai knows that it is too tall of an order to get consumers to migrate to EVs in a big manner, and this is where Grab comes in. Car sharing, e-hailing, even driverless taxis are logical, more acceptable touch points to get consumers become familiar with EVs.

In future, cars are less likely to be purchased and owned privately, but will evolve into a shared or subscribed service. Mobility as a service is the keyword here, which is why Hyundai isn’t too bothered about its present low sales in Indonesia and Singapore. Their priorities are forward thinking government policies and a rich pool of intellectual technical talent.

Had Grab continued to operate from Malaysia, it wouldn’t have been able to pull this off. Our lethargic tech sector, weak investor's market, plus our lots of buzzwords but little to show automotive policy, wouldn’t allow Grab to pull in investors like Hyundai and Toyota.

If you want to know how much Malaysia’s brain drain is costing our country, just look at the value of investments lost through Grab. All those billons that went to Singapore and Indonesia instead of Malaysia to develop the next generation of mobility services, linked together by two Malaysians, one of them a grandson of one of Malaysia’s most famous pioneering motor industry captain.

Malaysians also need to realize that Indonesia is now a more progressive country than us. Indonesia has three Internet unicorns – GoJek, Tokopedia, and Traveloka. Malaysia had one – Grab, and we lost it.

The hows and whys, is a topic for another day, but I suggest that we start by looking at our education system, and rise above backward thinking race- and religion-centric issues.