Home > News > The Pros and Cons of CVTs - Why we love them and why we hate them?

The Pros and Cons of CVTs - Why we love them and why we hate them? 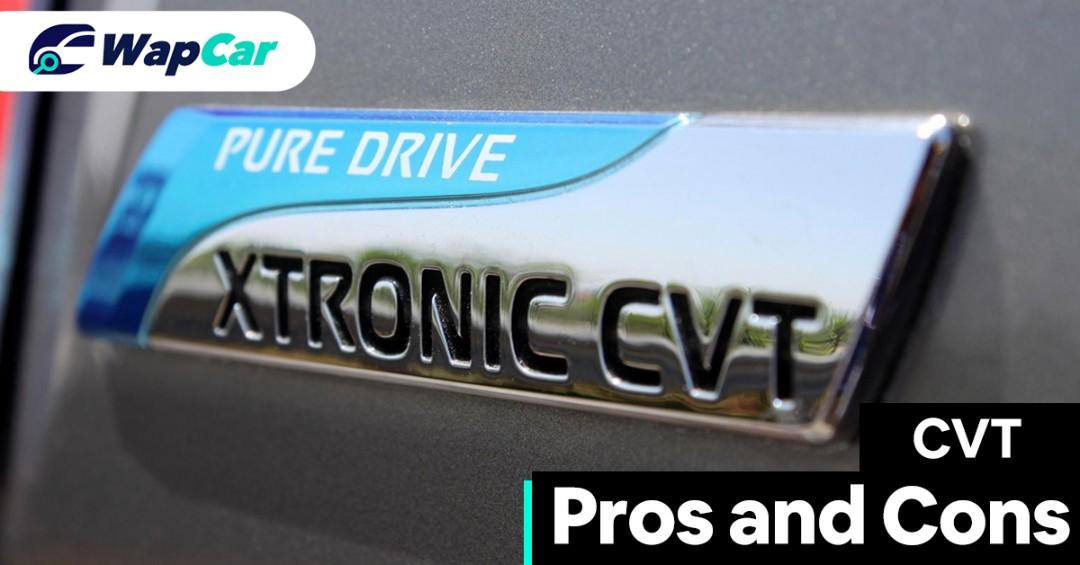 Continuously Variable Transmission, or better known as CVT, is becoming an increasingly common choice of automatic transmission for city cars. In 2014, more than 10 percent of new cars that were introduced were fitted with CVTs. In 2015, the world produced 11.3 million CVTs and the number is expected to grow to 18.2 million units by 2022.

In Malaysia, almost half the cars on sale comes fitted with a CVT. Examples include the Toyota Vios, Honda City, and even luxury cars like the Lexus UX. It is a very popular transmission but yet not all cars come fitted with a CVT, why do some manufacturers love them while others will never want to have anything to do with a CVT? Here’s why.

CVTs are made up of two-pulley system, with cones connected together by a chain belt. There is no physical, conventional gears. Instead, gear ratios are adjusted by moving the belt further up or down the cones, thus varying and creating an infinite number of ratios.

This means the car can have a smooth and constant acceleration without the usual shift-shock when shifting between gears. Because a CVT maintains the engine rev at its optimum range, there is no need to rev and build up torque. However, the monotonous drone of the engine noise while speed continues to build up can be disconcerting to drivers who are not used to a CVT.

CVTs are now the transmission of choice when it comes to fuel efficient cars because the engine is always operating at its optimum range.

CVTs can be produced at relatively lower cost since it has less moving parts compared to a traditional torque converter automatic transmission.

If CVTs provide faster and constant acceleration, why is it not fitted on higher performance cars? That's because CVTs have a rather low torque limit and doesn't respond fast enough to sudden changes in speed. They are best suited for the sedated driving style of city cars.

CVTs also have a slight delay between the driver's throttle input, so it doesn’t give the raw driving experience that you can get from a manual transmission or even a conventional automatic.

If you think that since CVTs are more affordable to produce and we might see the next Perodua Axia fitted with one, think again. Despite its low costs and fuel efficiency, a CVT unit is just not as durable as other transmissions.

CVTs are weaker in handling sustained high speed driving in hot temperature, something which is very common here. Of course, there are certain workaround like adding a transmission oil cooler and tuning the engine management software to limit or reduce torque when temperature rises. So while CVTs have its benefits, it won't be replacing the hardy 4-speed torque converter automatic transmission anytime soon.

Also, when a CVT fails, there is little to no reason to repair it. It would make more sense to replace the entire unit and they are often costly replacements that a low-cost car owner will not be able to afford.