Home > News > The Toyota Corolla Cross isn’t the only special Corolla, meet its other unique variants

The Toyota Corolla Cross isn’t the only special Corolla, meet its other unique variants 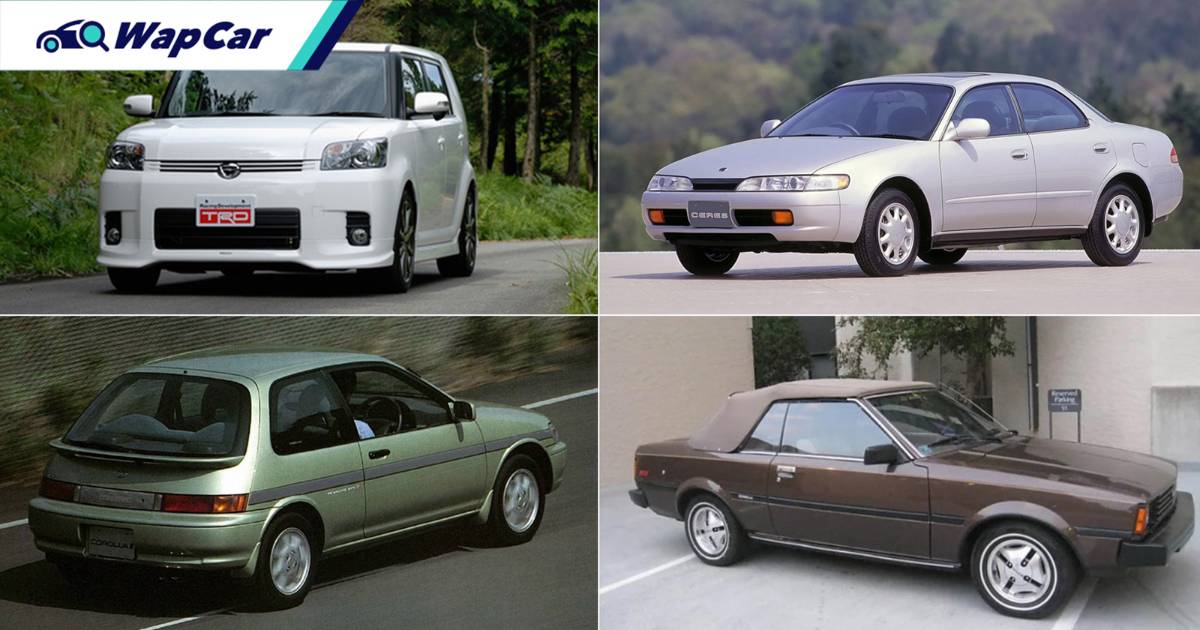 The Toyota Corolla has been in production for more than 50 years with 12 generations in tow. A few months ago, it even achieved a new, possibly unbeaten milestone by producing the 50 millionth unit which supplanted the Corolla as the world’s most popular car. 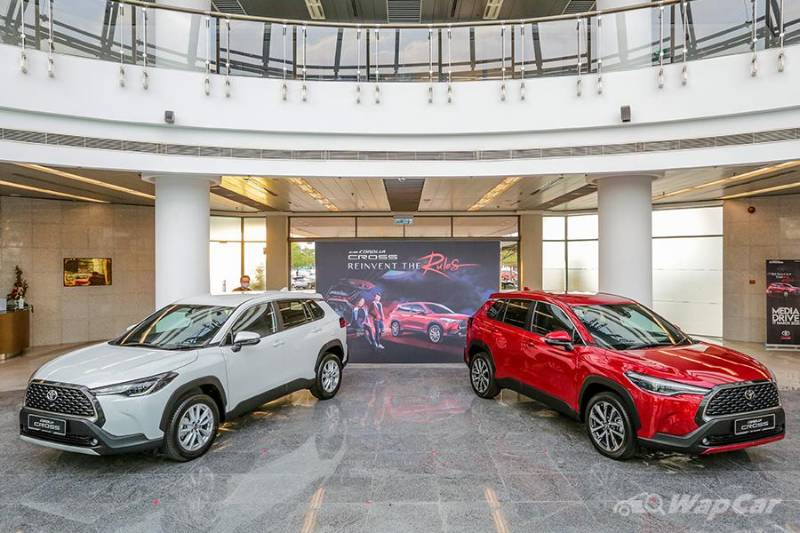 All the while, most of us would picture the Corolla as a sedan. So, it comes as a shock to some that the Corolla Cross SUV wore the decades-old and well-respected Corolla badge.

However, the Corolla Cross wasn’t the only “special” Corolla model to be launched in the past 50 odd years. In fact, the Corolla name was placed on almost every body style aside from a pick-up truck and a van though a commercial variant was literally called the Corolla Van. 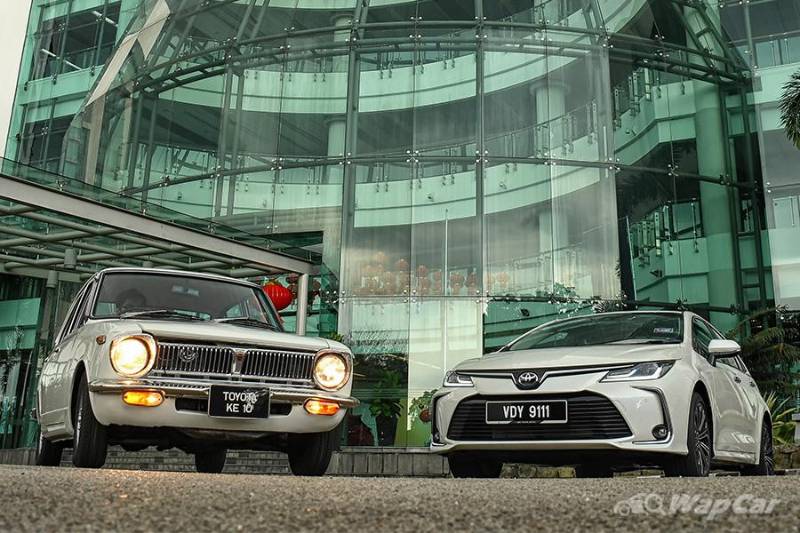 So, let’s rewind back the clock and check out the unique Corolla variants that were offered in the past. 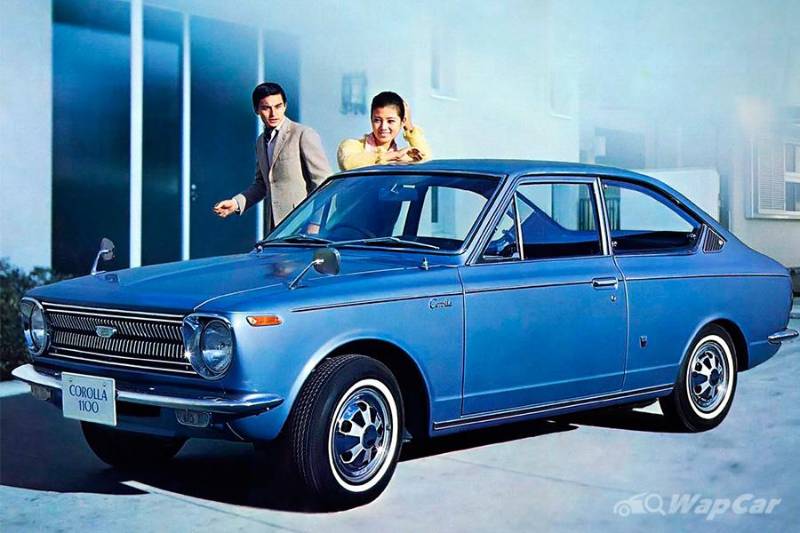 The first-gen KE10 Corolla that was launched in 1966 was a technological marvel that was packaged as an affordable car for the masses. While the station wagon, 2-door, and 4-door sedans were offered overseas, there was one variant that was exclusively JDM (Japanese Domestic Model). 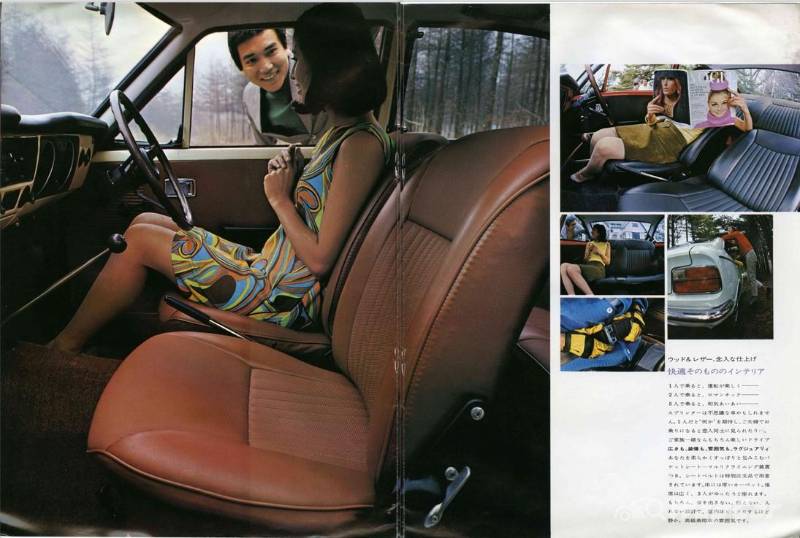 The Corolla Sprinter was introduced in 1968 alongside the facelifted KE10 and it was a sleek 2-door fastback coupe that was meant to appeal to younger buyers. The coupe was initially offered with a 1.1-litre twin carb engine that produced 73 PS before being upgraded to a 1.2-litre twin carb motor that made 78 PS. 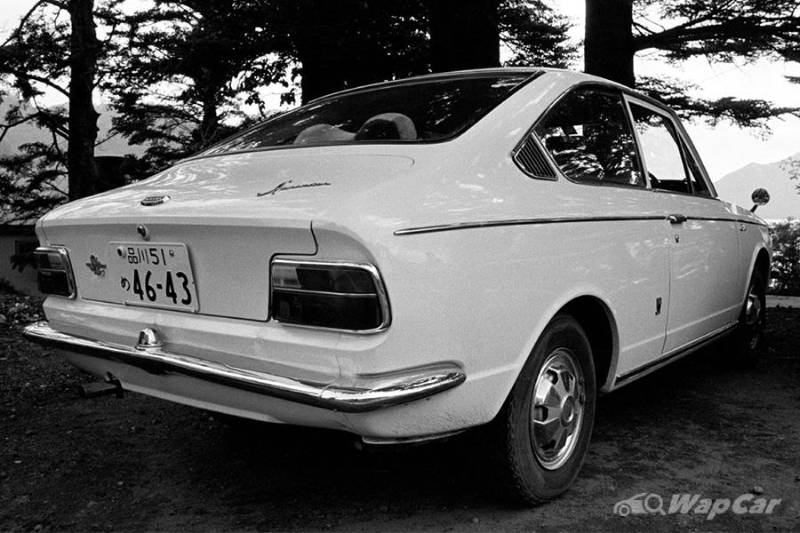 Due to its size and weight, the Corolla Sprinter could comfortably cruise to up to 160 km/h which was a huge number in the sixties. The Sprinter name was so infamous that Toyota decided to spin it off as an individual model from the next generation onwards. 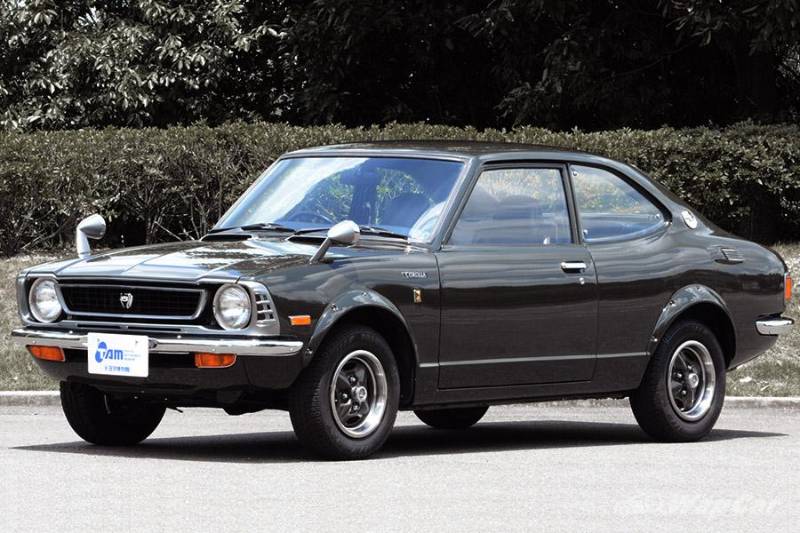 While the standard Corolla coupes had similar trim designations to the sedan, Toyota wanted a name that distinguished its hottest model from the rest of the line-up. In old English, the word ‘levin’ means lightning, which is fitting because the Corolla Levin had performance written all over. 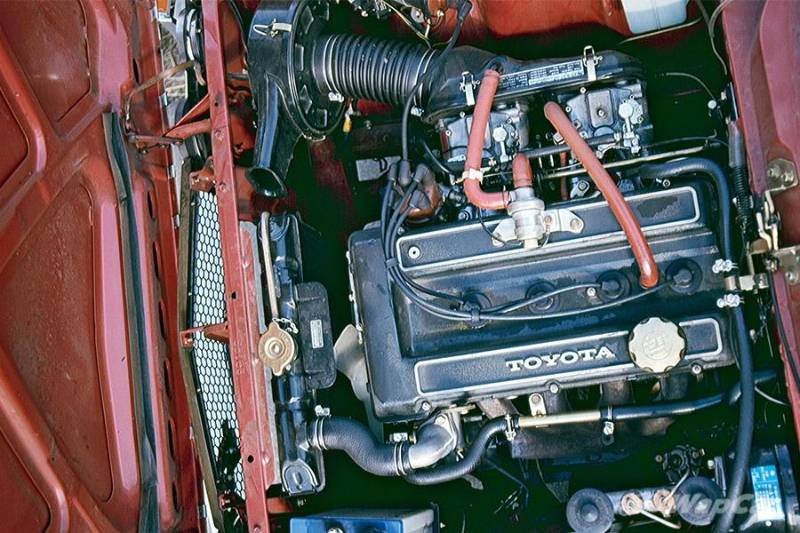 The first Corolla Levin that was introduced in 1972 was powered by the same 1.6-litre twin-cam 2T-G engine from the Celica 1600GT. This engine produced 115 PS and combined with the car’s relatively light weight (855 kg) resulted in a Levin fast car. 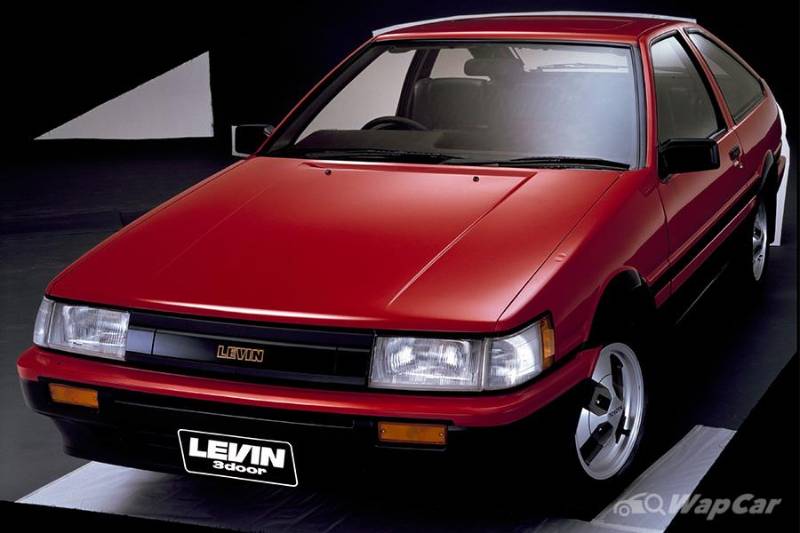 The Corolla Levin is often overshadowed by the Sprinter Trueno especially during the AE85/86 generation when the Trueno sported a more appealing pop-up headlight design. The Corolla Levin would continue on until 2000 but the name has since been revived in China as the twin to the Corolla. 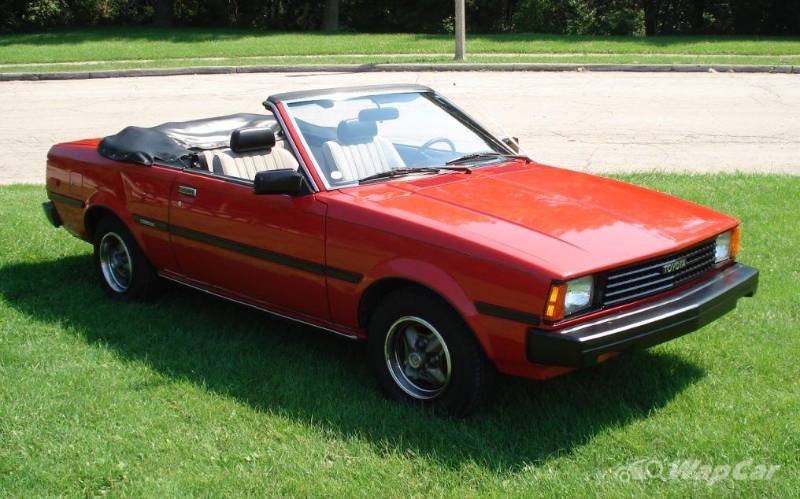 Perhaps the rarest and most obscure Corolla of all, the Corolla Griffith was the only ‘Rolla to have its head chopped off. Granted, this work wasn’t done at Toyota’s factory but instead, it was done by an aftermarket convertible specialist. 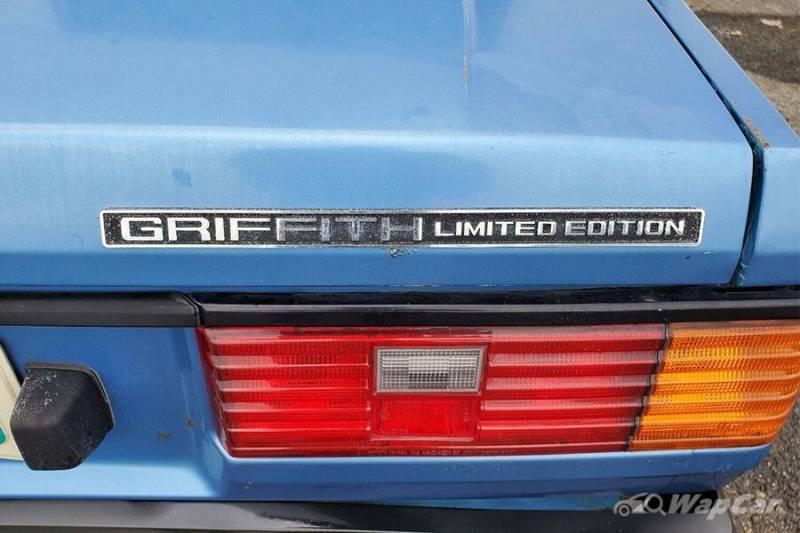 The Griffith Company was based in sunny California and Toyota had collaborated with them before for a convertible version of the Celica called the SunChaser. Some sources cited the topless Corolla was called the SunRunner but most brochures and surviving models simply called it the “Corolla Griffith Limited Edition”. 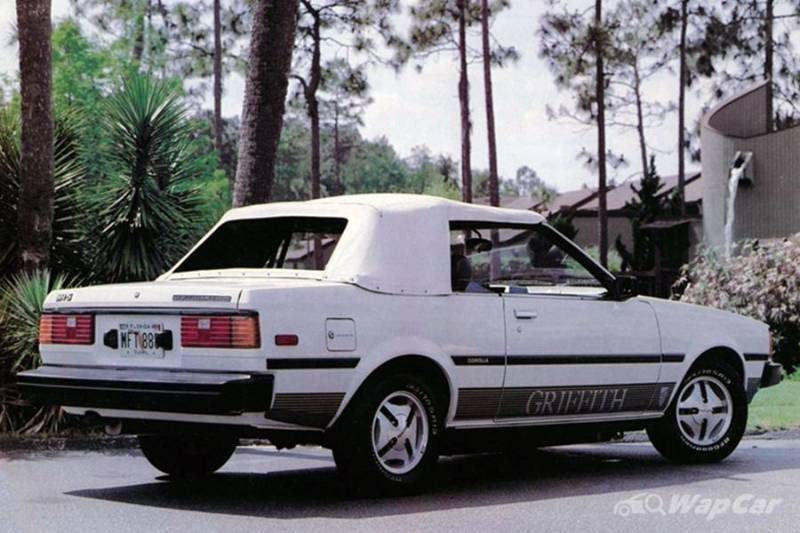 Speaking of surviving models, only around 200 of these KE70-based convertibles were made and most of them reside in America in varying states of conditions. They weren’t fast though, as the Griffith ‘rolla was only powered by a 1.8-litre 3T-C pushrod carburetted engine that eked out 75 PS.

Also read: Meet the TE71 - The faster Corolla KE70 that costs almost as much as a new 2021 Toyota Corolla 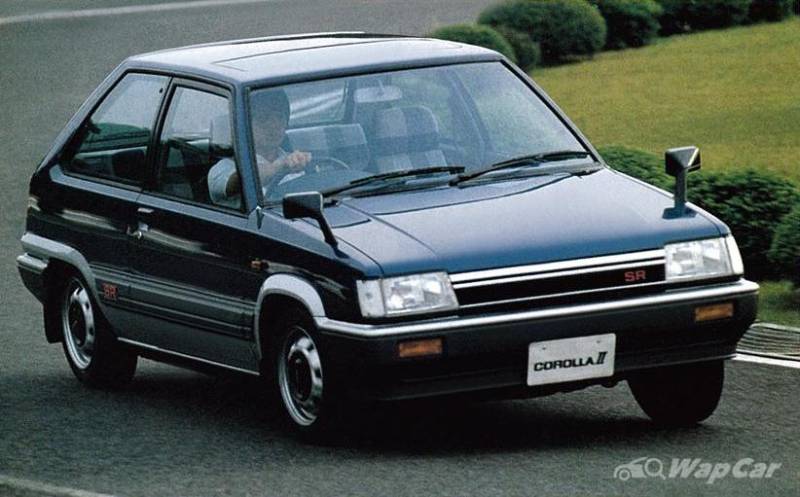 Back when market segmentation was just a jumbled-up term created by some market analyst, Toyota churned out the Corolla name on a model that was meant to sit below the standard Corolla range in Japan.

The Corolla II was based on the Toyota Tercel, which was initially called the Toyota Corolla Tercel in North America. It was only available as a hatchback but because its design resembled the Corolla AE80 at the time, it was given the Corolla name.

The Corolla II continued production all the way until 1999 and it was a hit among female buyers, in particular, the Corolla II Windy. Another special edition variant of the Corolla II is the complex-sounding Modellista PX12 Naples with a strange retro design that was a trend at the time. 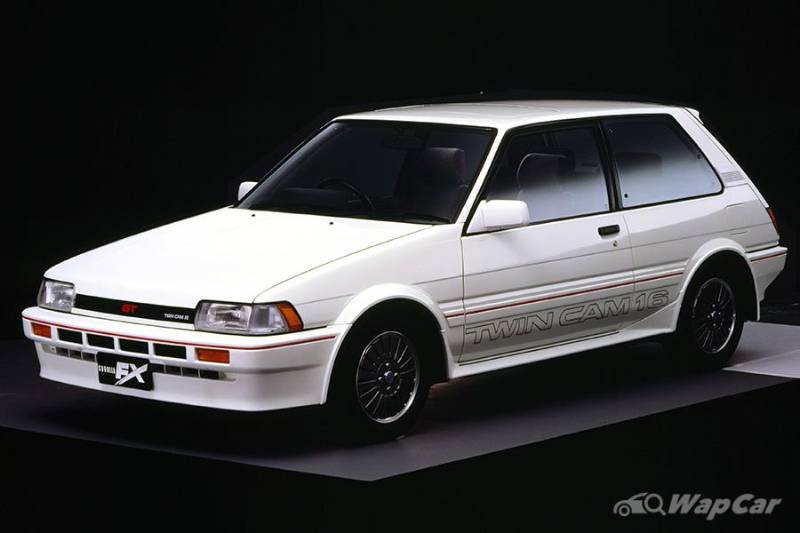 The bigger brother to the Corolla II, the Corolla FX was basically a hatchback version of the Corolla and was sold for three generations, the AE80, AE90, and AE100. Some sources cited the FX name to stand for “Future Unknown” but according to Toyota, it’s derived from the first and last letters of “FF 2-Box”.

The Corolla FX introduced Corolla hot hatch through the FX GT. The AE82 FX GT was the first hatchback sold in Japan to come with a DOHC engine in the form of a 1.6-litre 4A-GELU “Blue-top” that made 130 PS. 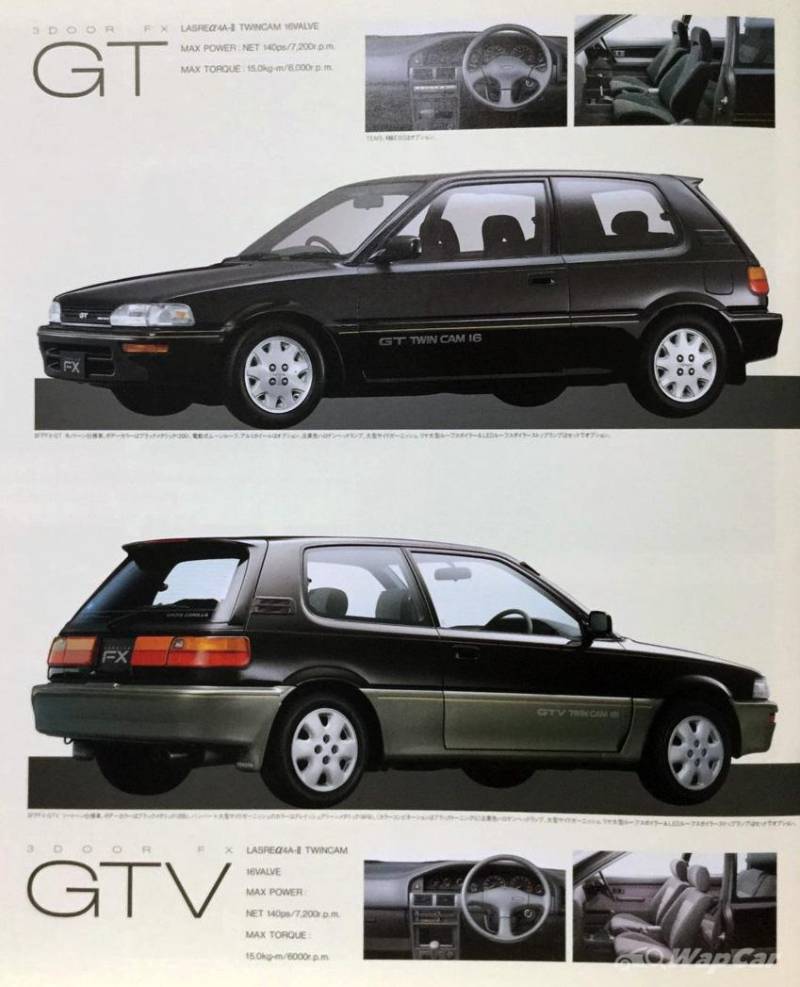 Meanwhile, the AE92 FX GT that followed suit was powered by the legendary 1.6-litre 4A-GE “Black-top” but power was reduced to 120 PS. Facelifted versions saw the power boosted to 140 PS and there was an even hotter version called the FX GTV. 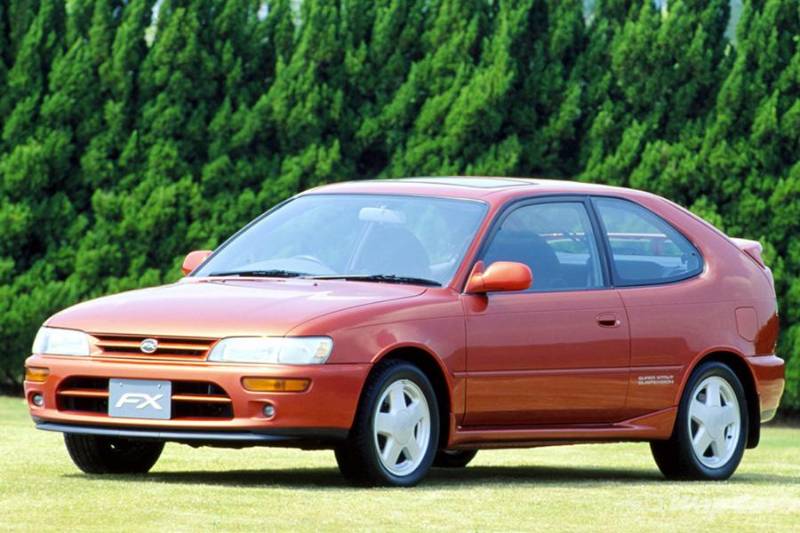 The last-gen Corolla FX failed as a hot hatch in terms of looks but it was powered by a 1.6-litre “Red-top” 4A-GE that made 160 PS. Due to hatchbacks not performing well in sales, Toyota stopped offering the hatchback Corolla in Japan until the Corolla RunX in 2001. 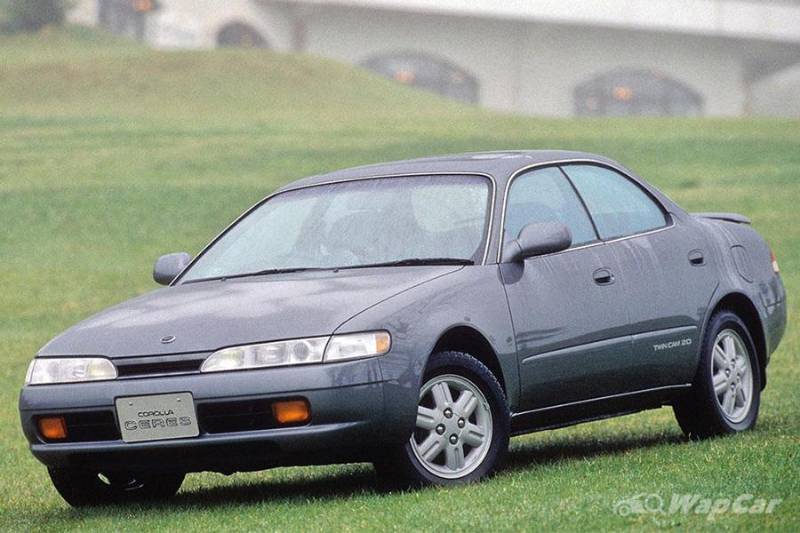 Jumping on the hype of hardtop sedans in Japan in the late eighties and early nineties, Toyota launched the Corolla Ceres and its twin, the Sprinter Marino in 1992. Unique at the time, both hardtop sedans can be ordered through a mail-order catalogue which was a thing before online shopping.

Sitting below the Toyota Mark II/Chaser/Cresta triplets, the Corolla Ceres offered buyers a taste of luxury without compromising on expensive road tax. Granted, the Ceres was front-wheel-driven but it was powered by the venerable 4A-GE in both silver and black tops.

Sadly, due to the collapse of Japan’s bubble economy, few units of the Corolla Ceres were sold and they become a sort of rarity. Toyota ended production of the hardtop sedan in 1998 and it was never replaced. 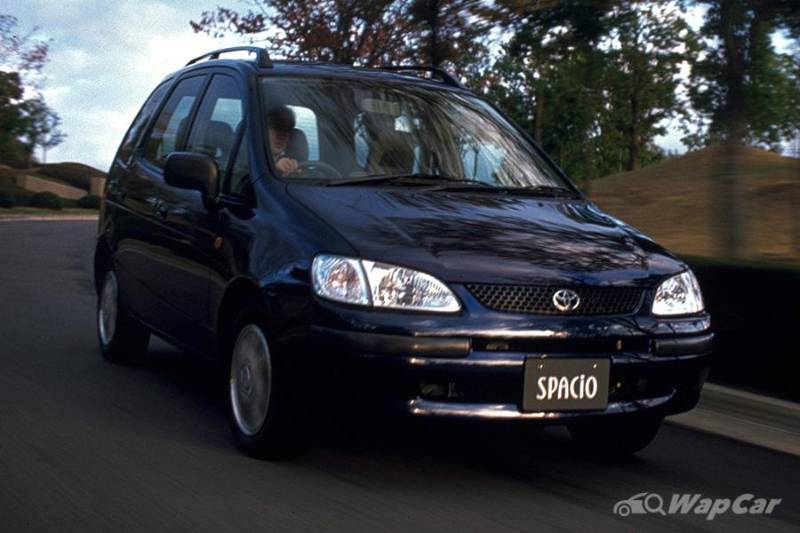 As one trend ended, another rose to the occasion and in the late 1990s, MPVs were booming in Japan. Riding on the trusted Corolla name, Toyota produced an MPV variant called the Corolla Spacio.

The first-gen Spacio was uniquely designed in a way that it was a 6-seater with 3 pairs of seats in a row (2-2-2). Despite being built on the same platform as the Corolla AE110, it shared most of its parts with the Europe-only Toyota Avensis. 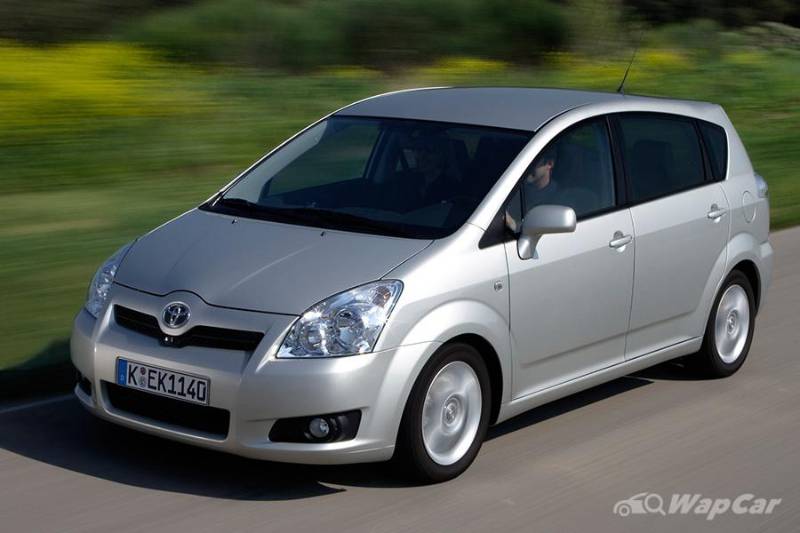 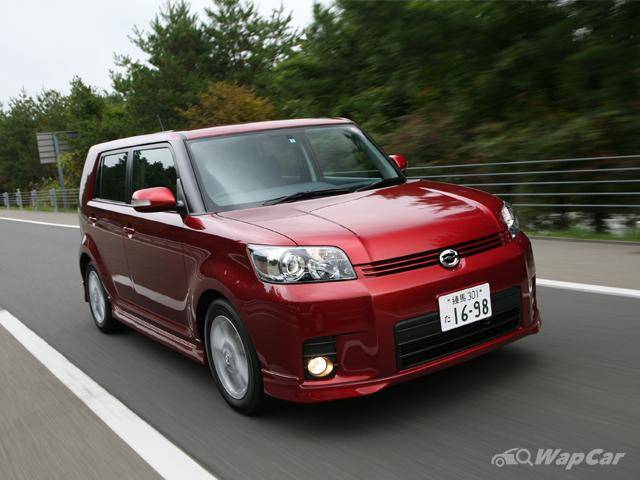 The Rumion name might be revived on a rebadged Suzuki Ertiga but it was first introduced on a Corolla-based mini-MPV. To be honest, we’re not quite sure which category to put the Corolla Rumion on as it’s a really unique design.

Also read: The Toyota Rumion might look like a mini Innova, but it’s really a rebadged Suzuki Ertiga

Built on the same platform as the E150 Corolla which was never sold in Japan, the Corolla Rumion was roomy and was supposed to build on the cult success of the first-generation bB.

However, as the vehicle’s dimensions exceeded the Japanese compact car limit, it wasn’t popular among buyers. The Corolla Rumion was also sold in North America as the Scion xB and in Australia as the Toyota Rukus, markets that the boxy car was developed for. 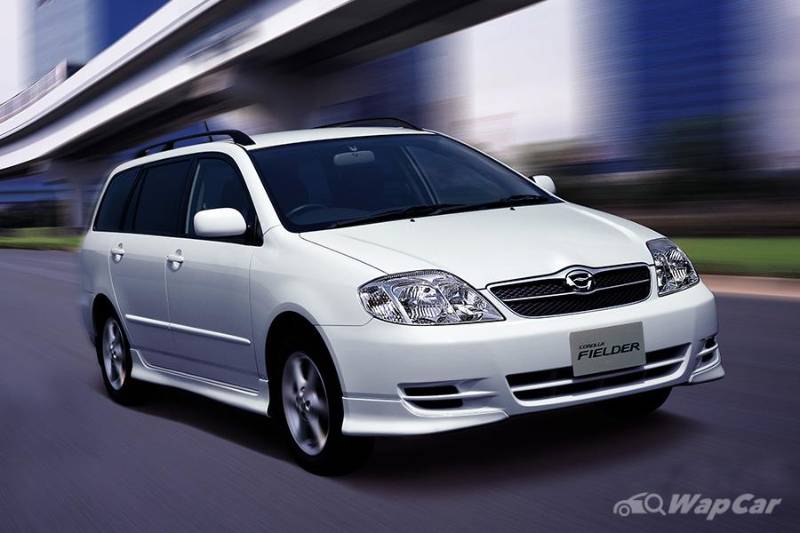 The Corolla Fielder name was first introduced on the E120 generation. Its follow-up, the E140 would spawn into a narrow-body model to fit with Japan’s strict vehicle dimensions regulations and offer lower vehicle tax. 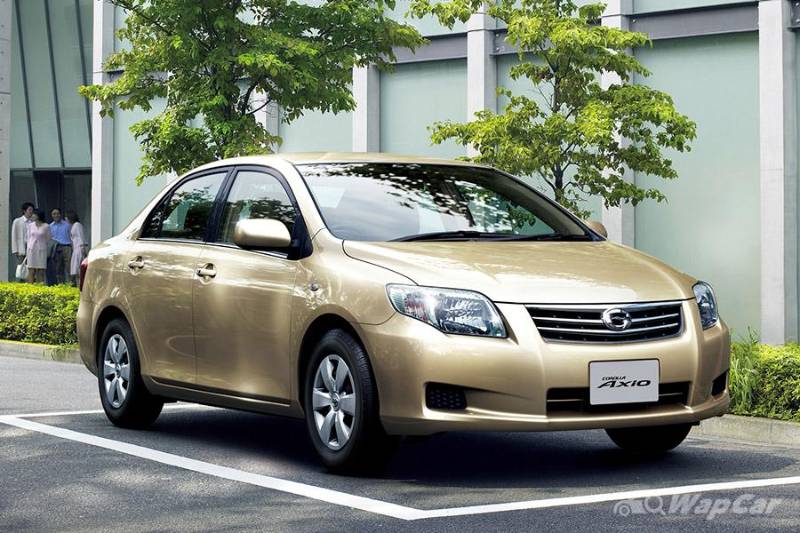 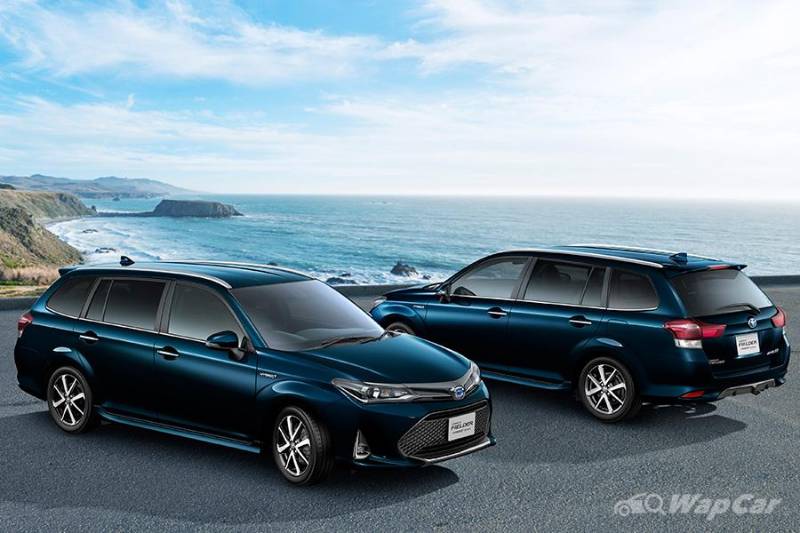 Then in 2012, the E160 Corolla Axio and Fielder would be launched. Essentially related to the Toyota Vios as both cars shared the same platform, this generation also introduced a hybrid variant with the engine similar to the one used in the previous-gen Toyota Prius C/Aqua. 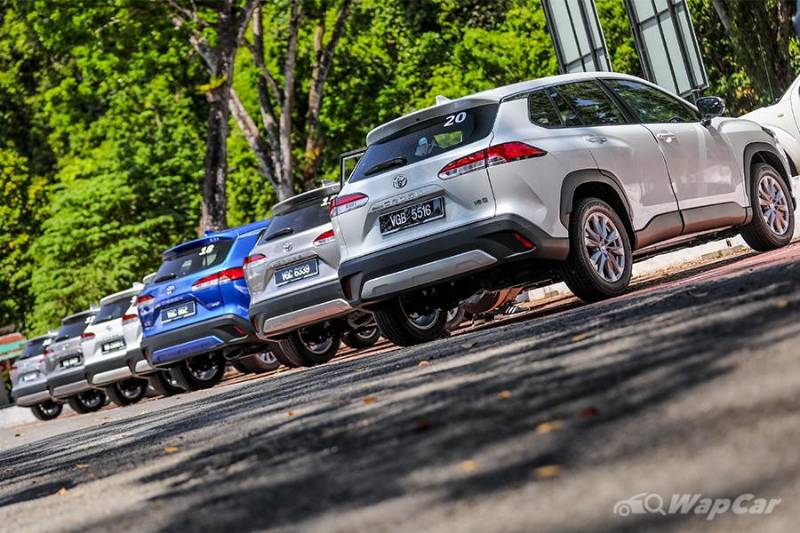 As you can see in this list, Toyota played around with the Corolla nameplate long before the Corolla Cross with mixed success. Some are well-known and remembered fondly while others were forgotten. Which one of these are you surprised with the most?