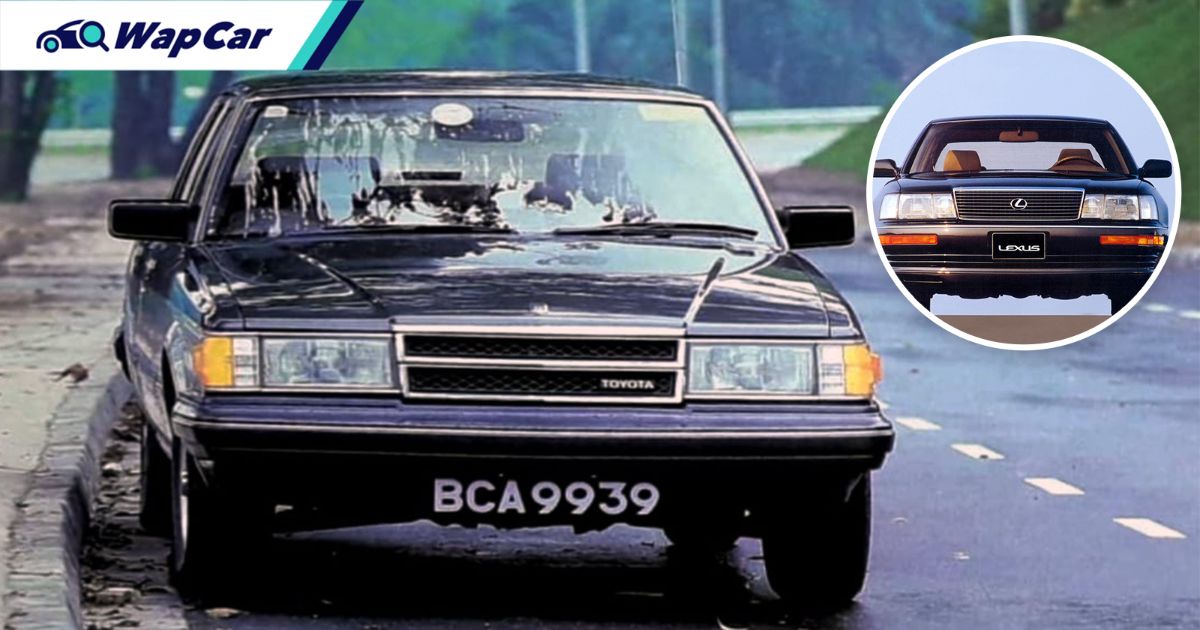 Mention the Toyota Mark II to any drifting purist and their eyes will certainly light up but just like any rear-wheel-drive Japanese car from the 20th century, the Mark II was never intended to be a part of a subculture known to go sideways. 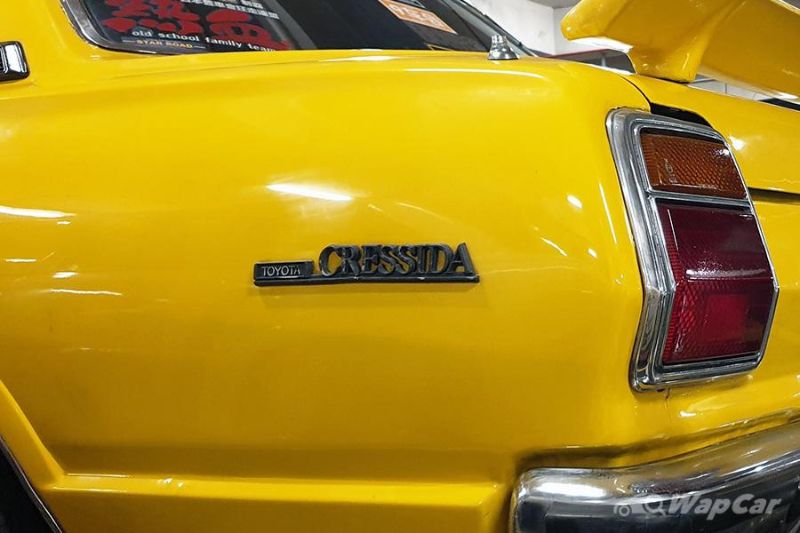 It was meant to be a luxury cruiser and in many markets, the Mark II was the flagship Toyota model. Outside Japan, the Mark II was known as the Toyota Cressida and here in Malaysia, it was sold for a couple of generations, replacing the Crown which was relegated to the fleet vehicle/taxi market.

The Cressida would eventually be replaced by the Corona and later the Camry but rather than calling it the grandfather to UMW Toyota’s flagship sedan, the Cressida was closer to being the precursor to Lexus. 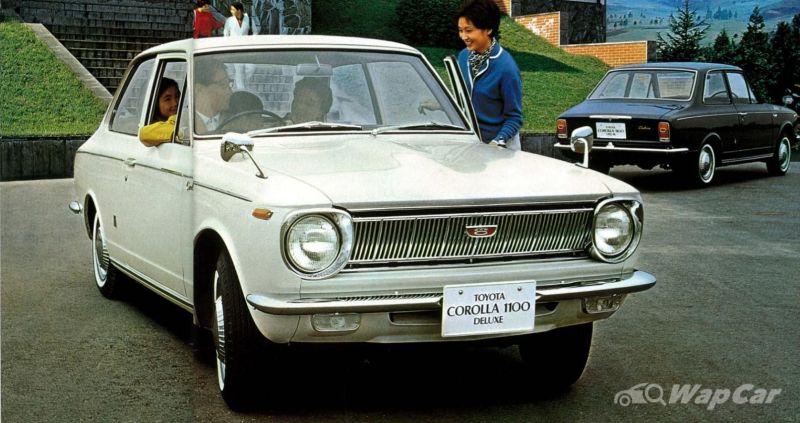 Before diving into the Cressida, we’ll take a brief look at its JDM counterpart, the Mark II. By the time it was introduced in 1968, Toyota was getting ready for world domination with the Corolla supplanting the Japanese carmaker’s foothold as dependable and affordable transport.

With the world buying quality Japanese goods, the land of the rising sun’s economy boomed, and this resulted in the average Japanese buyer seeking better mobility. The Mark II was one of the models that were introduced during this economic renaissance. 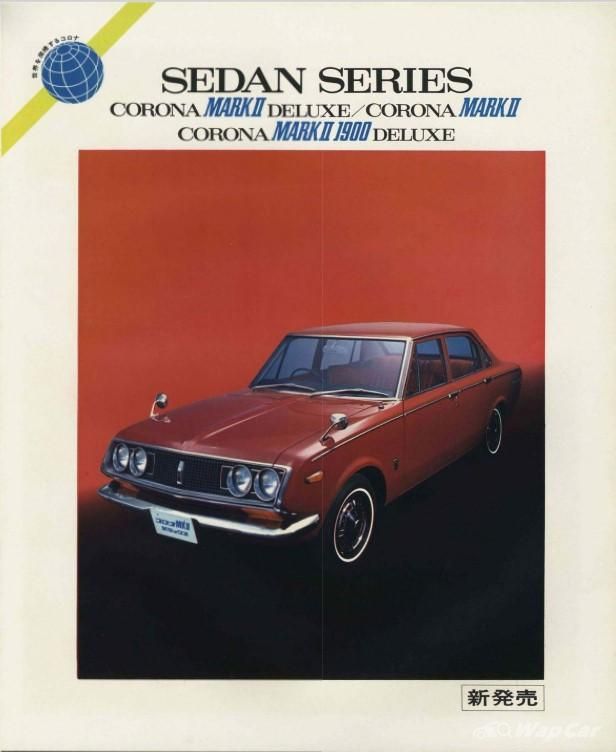 In full, the model was known as the Corona Mark II and it was meant to be more upmarket than the standard Corona. According to Toyota, the inspiration behind the Mark II’s name was from premium British marques like Jaguar which would often call successive models with the “Mk-“ designation.

Unlike the Brits, Toyota kept the Mark II name on its successors all the way until the ninth generation when it was replaced by the Mark X.

The Toyota Crown might have been a success in Japan as the attainable dream car and a symbol of a steady job promotion but outside, its reception was quite mixed. In America, the appeal of a large Japanese car wasn’t winning buyers and the same was seen in Europe too which preferred smaller vehicles. 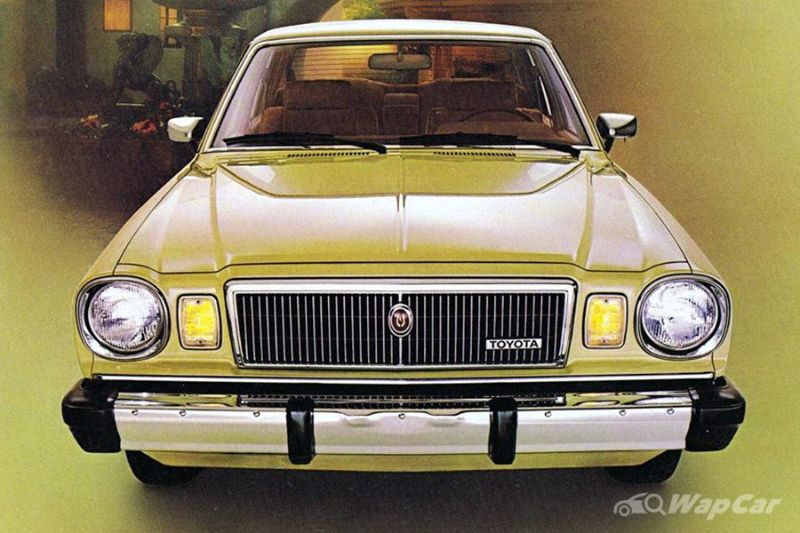 Still, Toyota wasn’t giving up on this segment and the Crown was subsequently replaced by the Cressida in 1974. The name was derived from a female Trojan character who is often depicted in literature as a faithless lover.

The Cressida would be introduced in Malaysia in 1977 by then Toyota distributors, Borneo Motors. It took over the Crown as Toyota's flagship and if you notice in the ad above, resale value was one of the selling points for the Cressida.

Only one engine was offered for the X30 Cressida, the 2.0-litre 18R 4-cylinder SOHC (88 PS/145 Nm) that was paired to a 4-speed automatic transmission driving the rear wheels. It was uncommon for automatic transmissions to be featured on a car in the 1970s but this was meant to be a plushy Toyota. 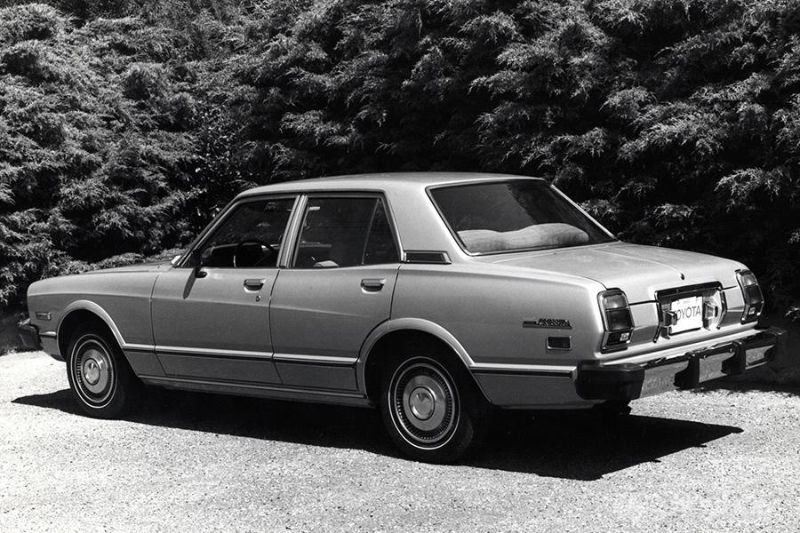 Take away the Toyota badges and you might mistake it for a Rover or a Jaguar of the time, at least in front. Despite the British imitation, the Cressida was one of the quietest cars on sale at the time thanks to the extensive soundproofing.

In 1981, the X60 Cressida was introduced in Malaysia with a more angular design befitting of the ensuing decade and a bigger engine. The carburetted 2.0-litre 4-cylinder unit got replaced by a fuel-injected 1G-EU inline-6 (125 PS/172 Nm) that shared the same displacement.

In Japan, the Cressida’s Mark II equivalent was the 2000 EFI Grande but here it was given the more basic-sounding GLi-6. Offered with a 5-speed manual or a 4-speed automatic transmission that drove the rear wheels, the X60 Cressida was locally-assembled (CKD) in Shah Alam. 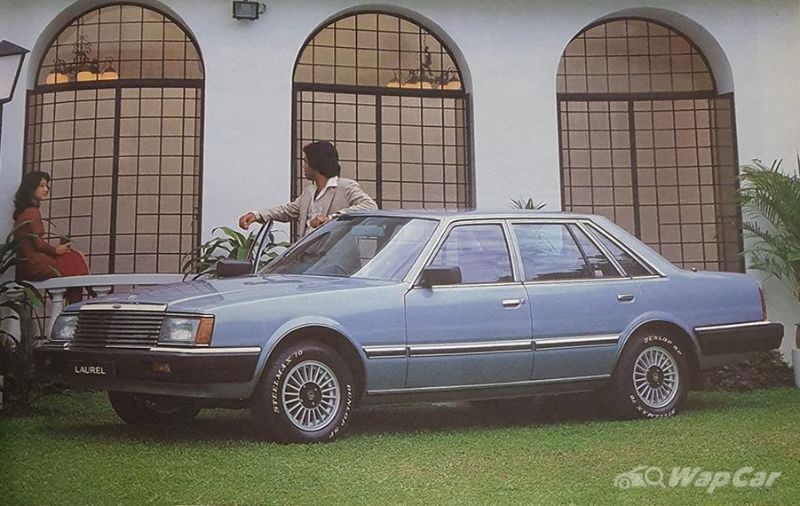 However, prices started from nearly RM 40k (~RM 97k in 2022) and it was the most expensive CKD Toyota model at the time. Its closest competitor was the Nissan Laurel which was also locally assembled but started from RM 30k (~RM 73k in 2022).

At that price range, buyers would be more inclined to get a Volvo 240 which placed the large RWD Japanese offerings on the losing end. The Cressida would only continue for one more generation in Malaysia with the X70 (not to be confused with the Proton SUV) before the flagship role was taken over by the Corona. 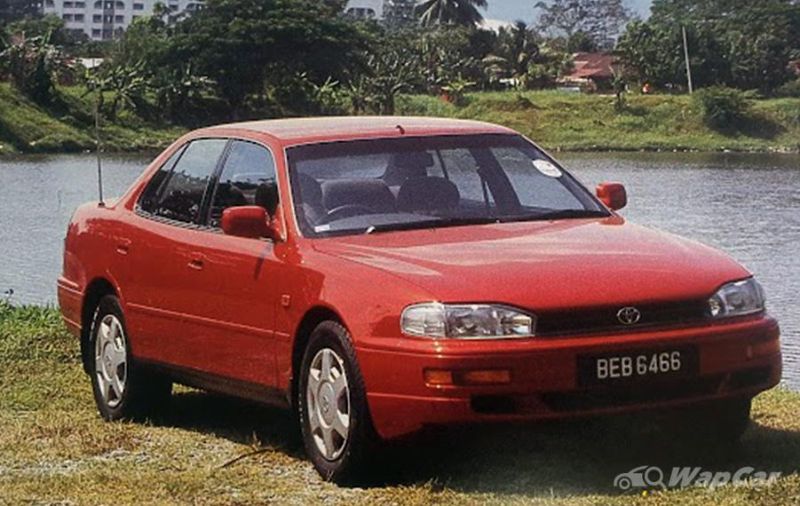 The Cressida’s RWD layout would prove to be outdated for the global market as carmakers switched their focus to the more passenger-focused FWD layout. Toyota would go on to introduce the Camry as its world car and the Cressida’s name would be discontinued.

Also read: 7 things you might not know about the Toyota Camry 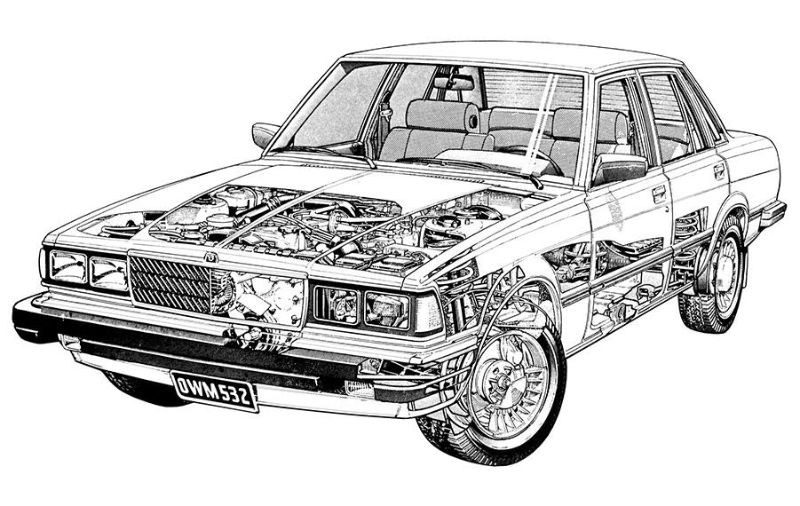 Still, the X60 Cressida was an important model for Toyota with its strong reliability and state-of-the-art features which included an electronically controlled automatic transmission and a voice warning system. 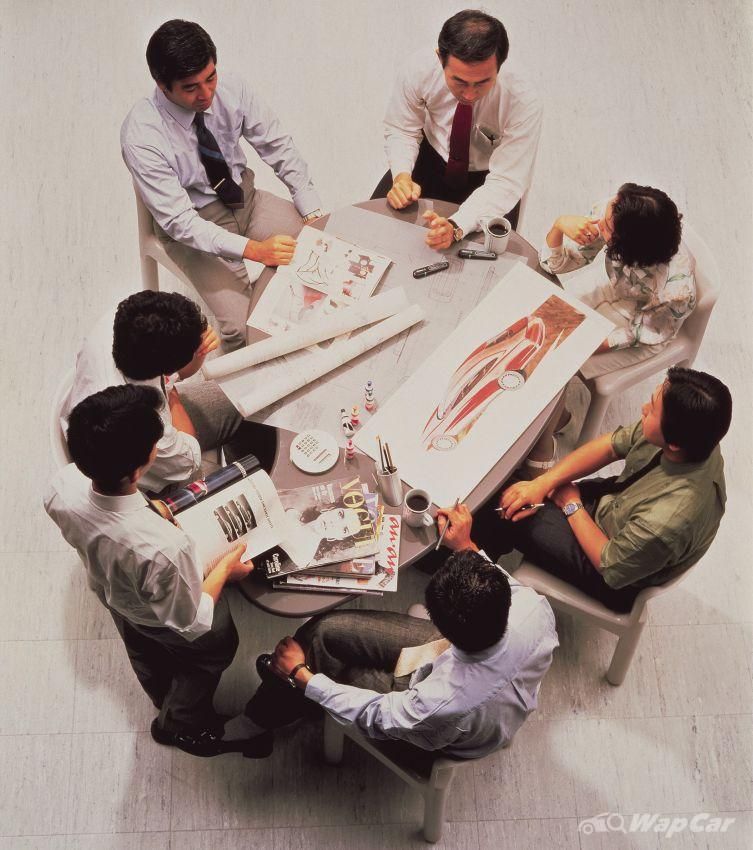 Its influence would be recognised when in 1983, Eiji Toyoda, Toyota chairman at the time and the granduncle of Akio Toyoda, decided on a secret project for the Japanese carmaker. Called the F1 (Flagship Number 1) or Circle F project, the Cressida’s technology would help birth the Toyota Luxury Saloon which would shake the automotive world by the end of the decade.

Also read: 30 years of Lexus: How it began and what is the meaning of the Lexus name? 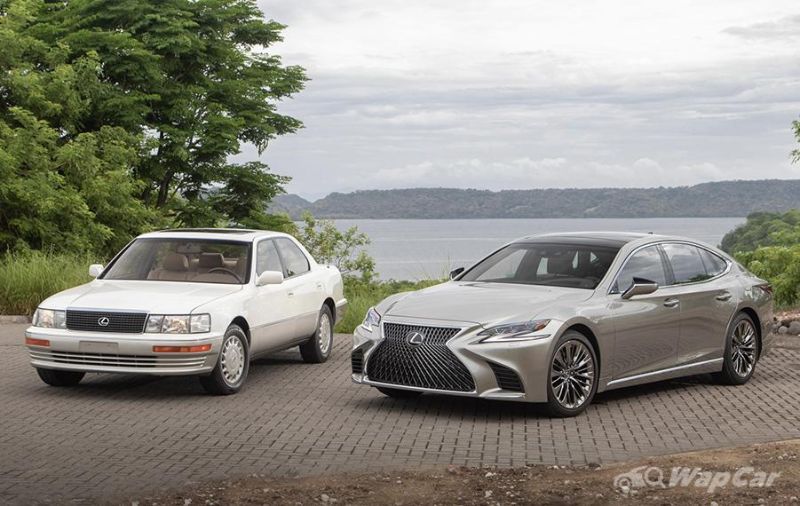 You might know that as the Lexus LS and though the world may have forgotten the Cressida, its spirit lives on in one of the plushest cars on sale today.