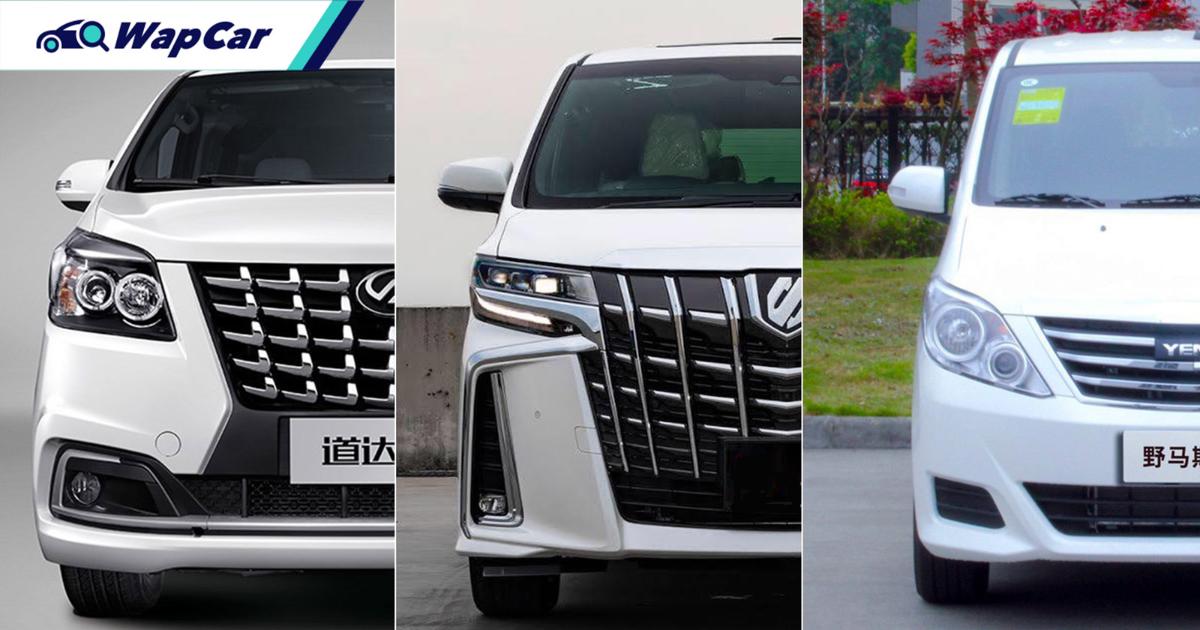 Nothing shouts exclusivity like the Toyota Alphard, with its V6 engine purring as you sit comfortably in its opulent leather seats, plotting your next excuse to avoid a royal order.

Not all of us have the luxury to send out a press release on poor bowel movements or own a brand-new Alphard but fret not, because the Chinese are at it again with their amazingly cheap knockoffs of the evergreen luxury minivan.

Okay, so the Chinese automotive scene has been shedding their image of copying existing models and a lot of their newer cars actually look appealing. But some things never really die, so we’ll be taking a look at 5 of the most egregious copycats of the Toyota Alphard to come out of the Middle Kingdom. 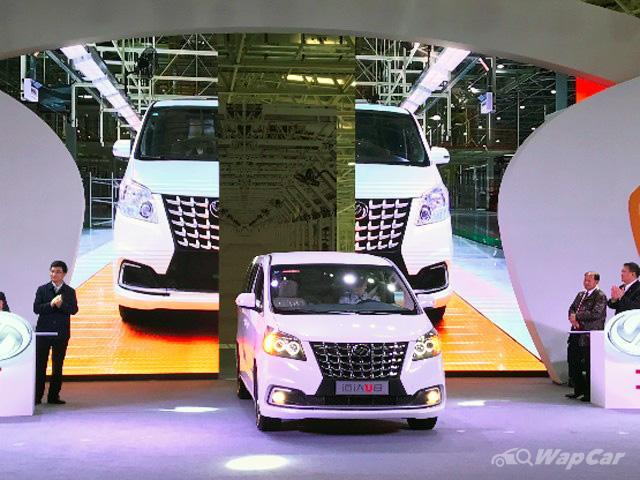 Believe it or not, the Ruili Doda V8 is actually a clone of another Alphard clone. Yeah, harder to believe than the fact that it doesn’t come with a V8 engine in spite of the name.

The Doda V8 is a copy of the Joylong iFly and is built under the subsidiary of Beijing Auto Industry Corporation (BAIC) called BAIC Ruili. BAIC is often ranked as the fourth- or fifth-largest Chinese automaker by volume and does joint ventures with Mercedes-Benz and Hyundai. 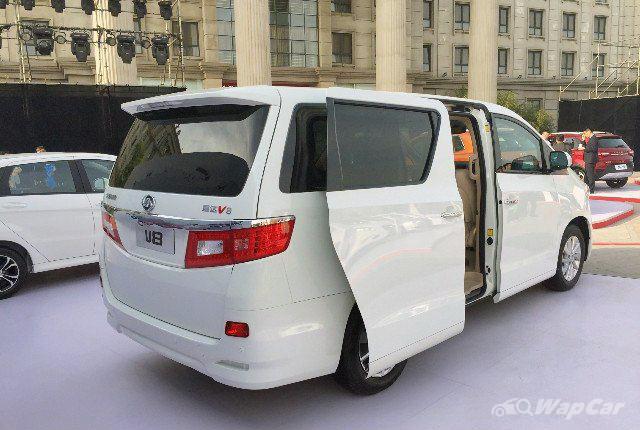 However, the Doda V8 shares nothing with the German or Korean brands. Its design and powerplant are Japanese but at least the engine is licensed from Mitsubishi. That would be a 2.4-litre 4G69 Sirius 4-cylinder engine (162 PS/217 Nm) paired to either a 5-speed manual or a 4-speed automatic transmission. 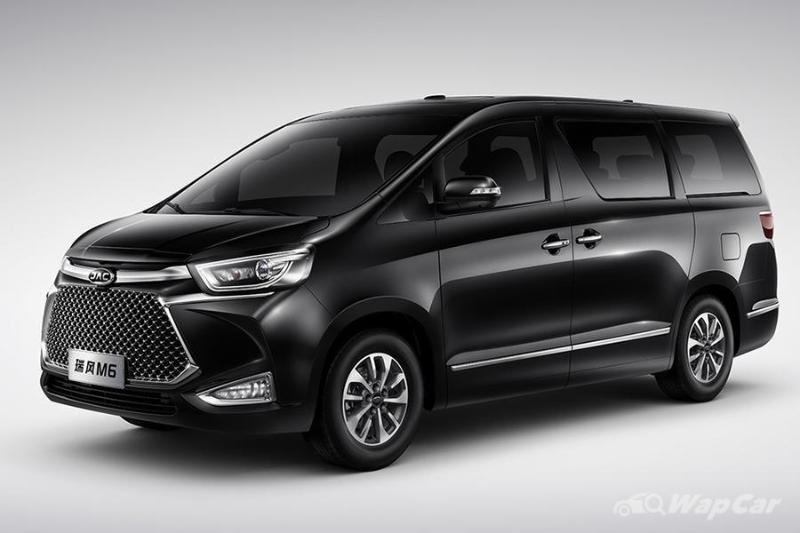 Based in Anhui Province, the Anhui Jianghuai Automobile Co. Ltd. also known as JAC Motors is currently 50% owned by the Volkswagen Group. The Refine range serves as the company’s flagship sub-brand. 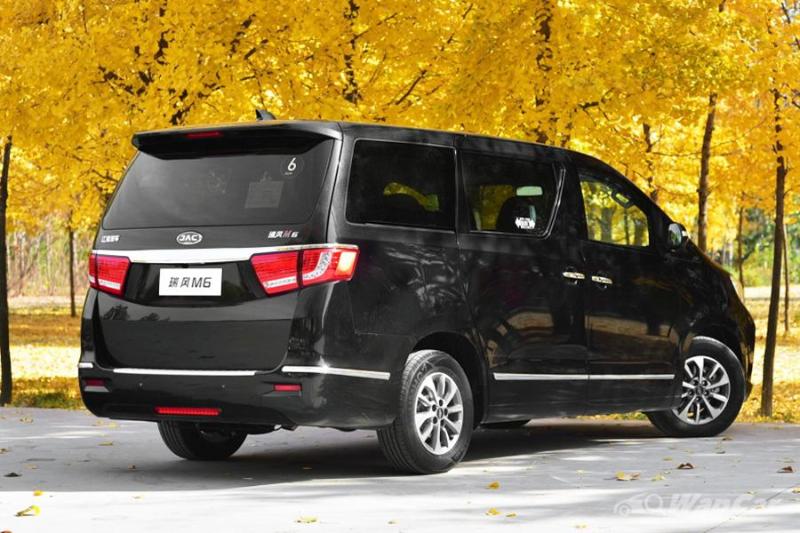 One of the most controversial and also the brand’s flagship model is the Refine M6. Powered by a turbocharged 2.0-litre engine (190 PS/290 Nm), the Refine M6 at least tried to be a little bit different from the Alphard it’s “inspired” by.

Pre-facelift models featured a grille that appears to be lifted off a Ford Transit. A facelift was given in 2019 to the Refine M6 to match with the rest of the Refine line-up. However, these changes couldn’t hide it from looking like an Alphard in the rear. 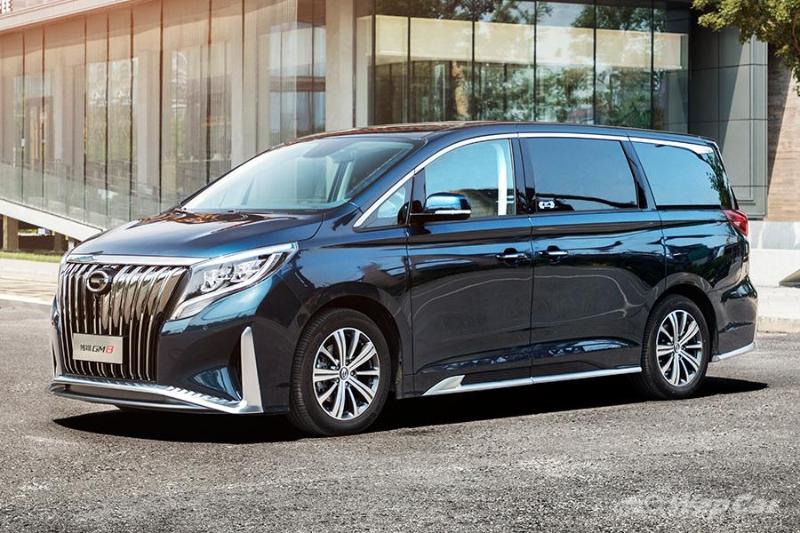 Completely unrelated with Trump but equally massive is the GAC Trumpchi GM8. Unlike some of the other models on this list, the GM8 is also sold overseas including in the Philippines.

Launched at the 2017 Auto Guangzhou, the GM8 is Trumpchi’s first-ever MPV model and the brand’s largest model with a length that measures up to 5,156 mm. The GM6 also feels more luxurious than the Alphard. 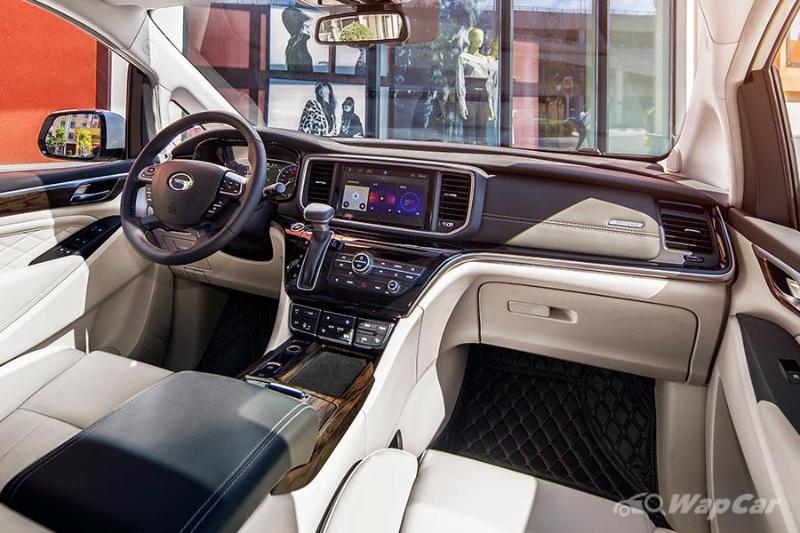 Though it comes with a 2/2/3 arrangement with captain seats in the middle row as standard, buyers could also opt for more seats if they wish. There are nine variants of the GM8 available in China, all powered by a turbocharged 2.0-litre inline-4 engine (252 PS/390 Nm) and paired with a 6-speed DCT gearbox. 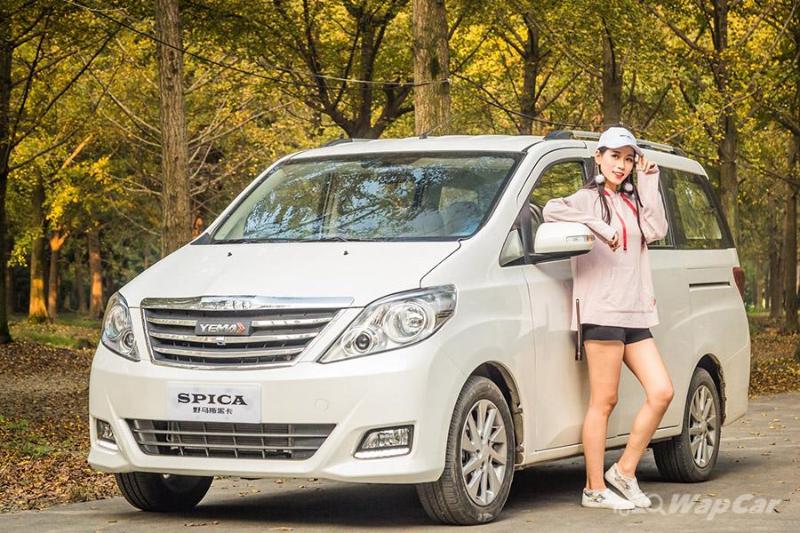 After a budget alternative to the Alphard that is bigger and more premium, we return to normalcy. Yema Auto is a small and fairly young car company compared to the others on this list having been founded in 1994. 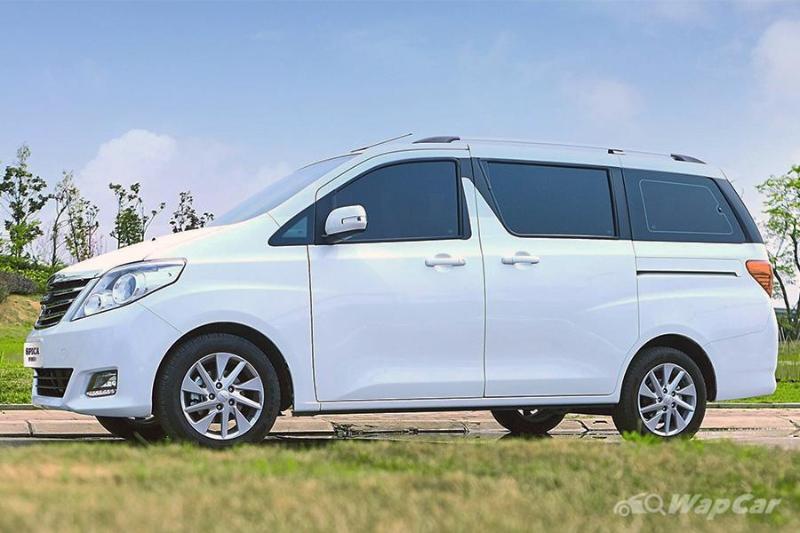 Unlike the other Alphard clones, the Yema Spica is more of a commercial vehicle that resembled the luxury breadbox on wheels. Originally unveiled at the 2015 Chengdu Auto Show, the Spica was originally only available with a 1.5-litre petrol engine (109 PS/145 Nm) paired to a 5-speed manual transmission. 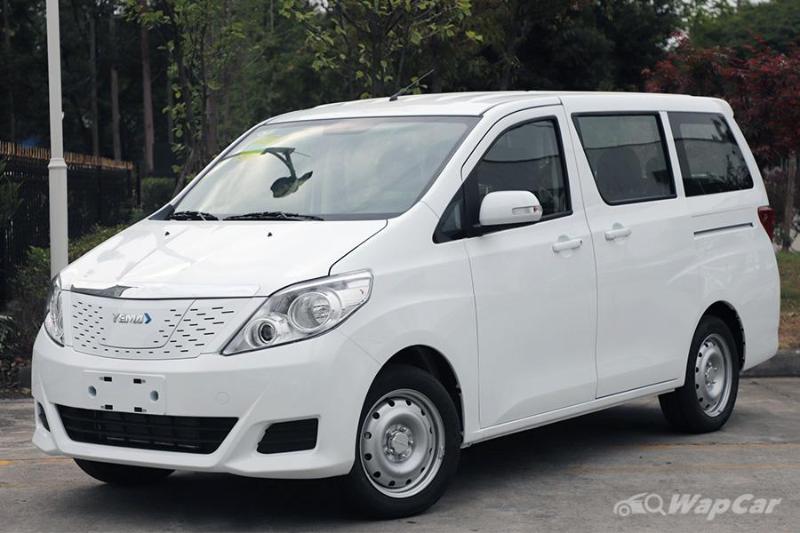 In 2020, an all-electric variant was launched which Yema claimed has a range of 350 km based on the NEDC measurement. It is powered by a 48-kWh battery that produces 94 PS and 180 Nm. 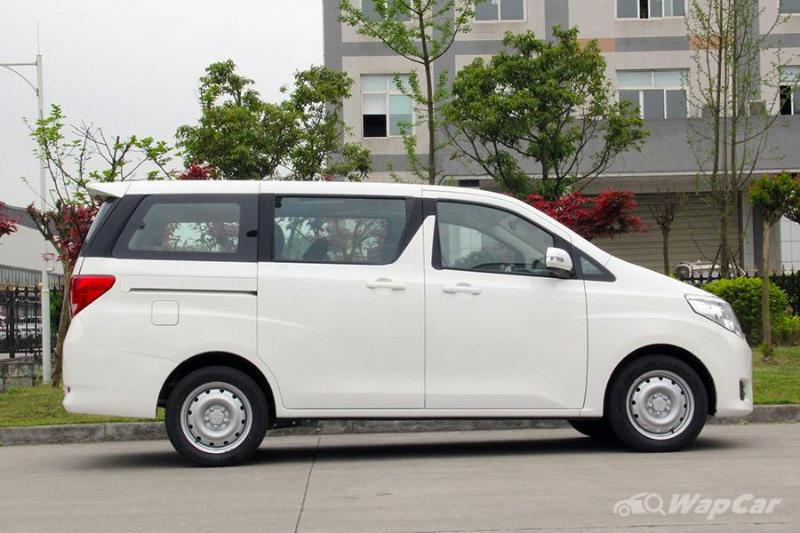 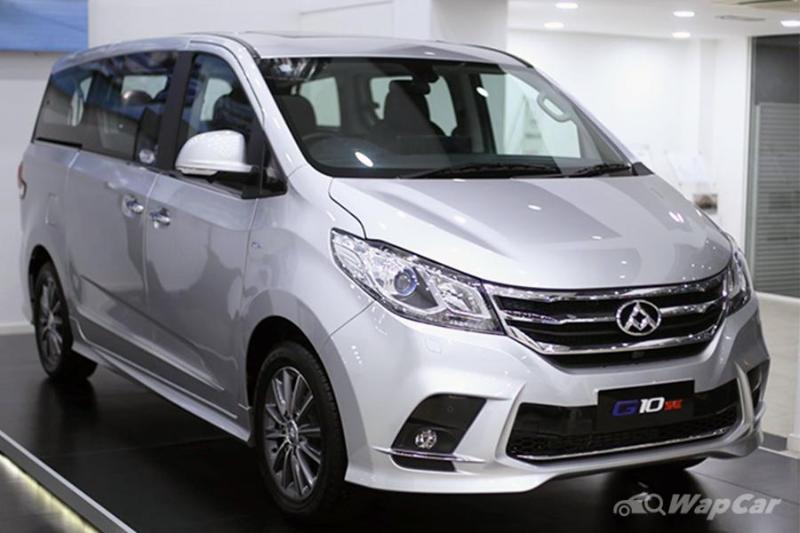 Now we come to a familiar face and at one point a reasonably-priced alternative to the Toyota Alphard. Compare to the rest on this list, the Maxus G10 is a proper Chinese Alphard contender that you can actually buy in Malaysia. 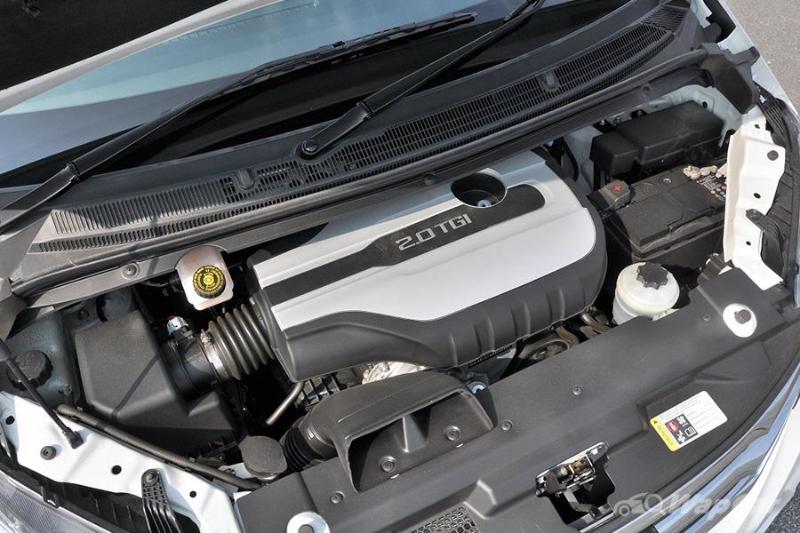 Distributed and locally assembled (CKD) by Weststar Maxus, the G10 is one of the more successful Chinese cars in Malaysia not badged a Proton. Priced from RM 157,888, the large MPV is powered by a turbocharged 2.0-litre engine (225 PS/345 Nm) mated to a 6-speed ZF automatic transmission. 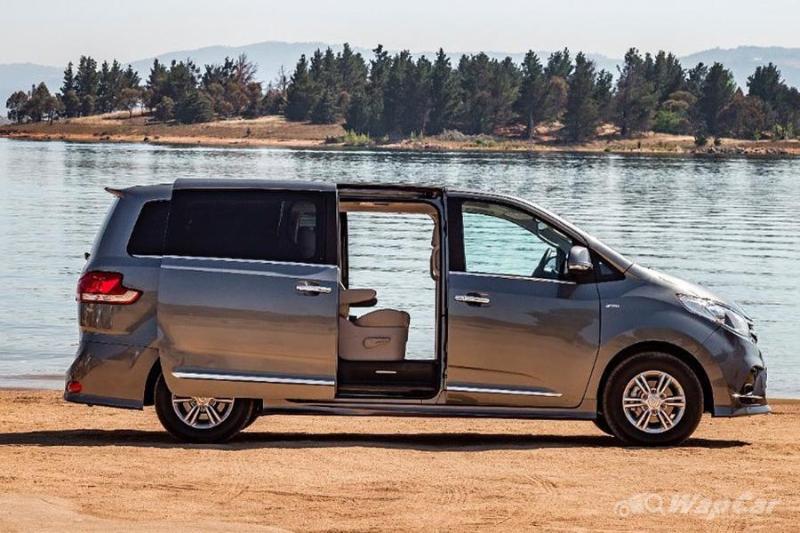 Measuring 5,166 mm in length, the G10 is longer than the Alphard and even seats ten passengers. That’s enough for a business meeting, post-MCO of course.

Also read: MCO 3.0: What's allowed and what's not for the automotive sector during this lockdown 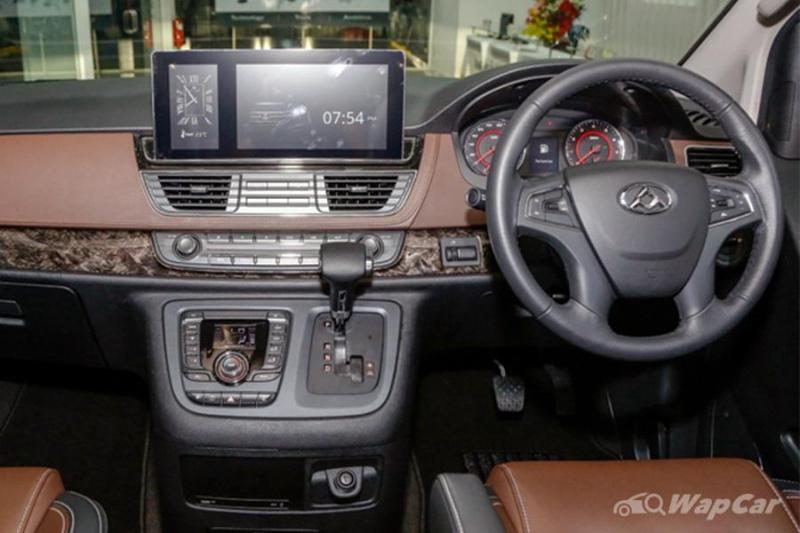 The G10 is well-equipped with features including plush leather seats, dual-zone auto climate control, a moon roof, a 10.2-inch mounted DVD screen, and powered sliding doors. That might be why it received quite the attention when it was launched.

Plus, the Maxus G10 is even approved by our nation's power brokers when a couple of them were spotted in a convoy to Istana Negara last year. Who needs an Alphard to make decisions that will either make or berak break the nation when the cheaper G10 is all you need? 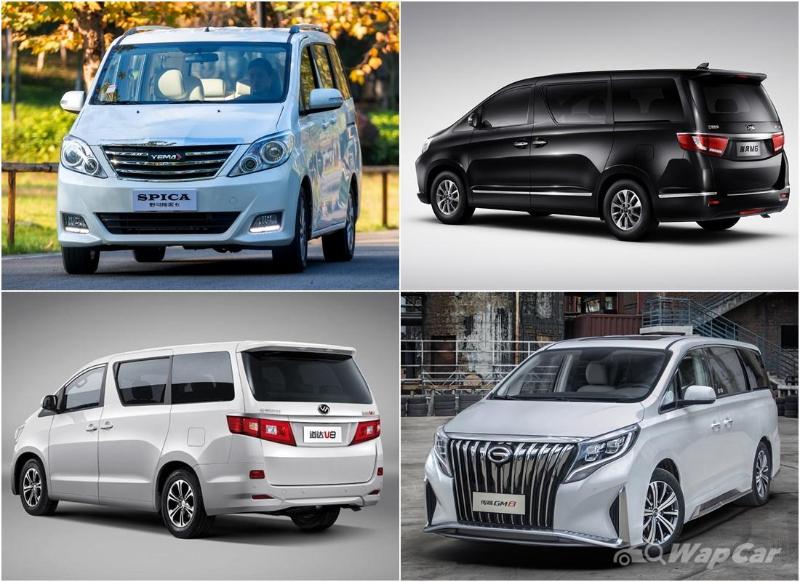 There you have it. Some of these Alphard clones rivals are blatant copies with severely underpowered engines, and some are actually decent alternatives. Nevertheless, the age of Chinese copycat cars is dwindling but it isn’t entirely extinct as we can see in some of these models.