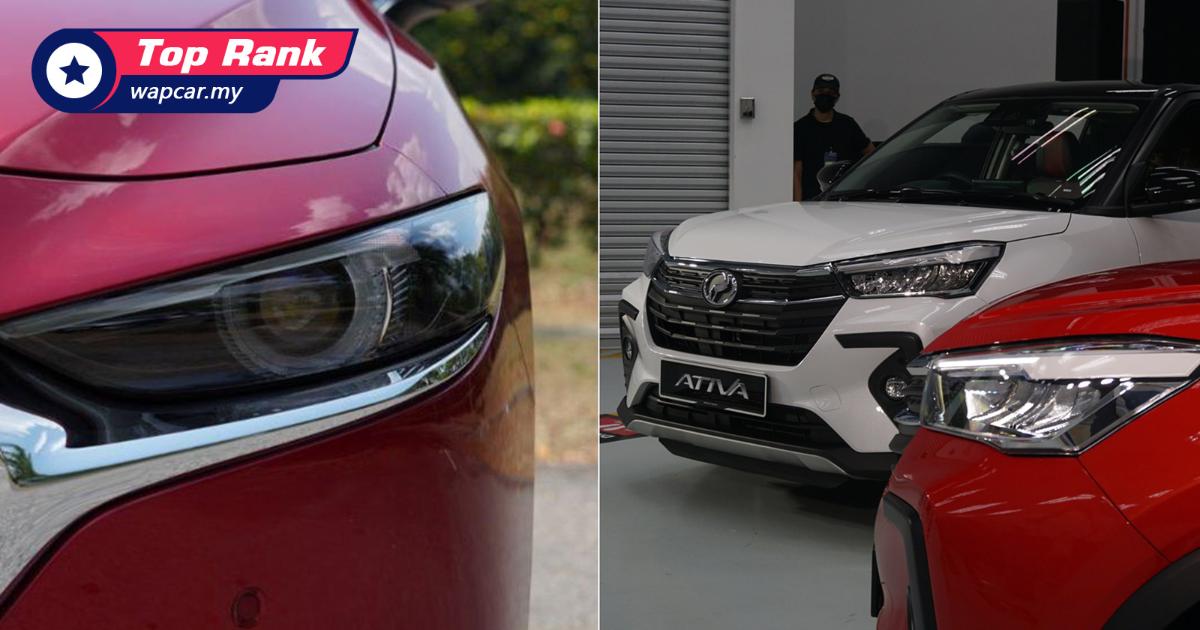 It’s impressive how many modern cars today offer advanced safety features. It wasn’t that long ago that advanced driver assistance system (ADAS) suites were only offered on expensive, high-end cars. 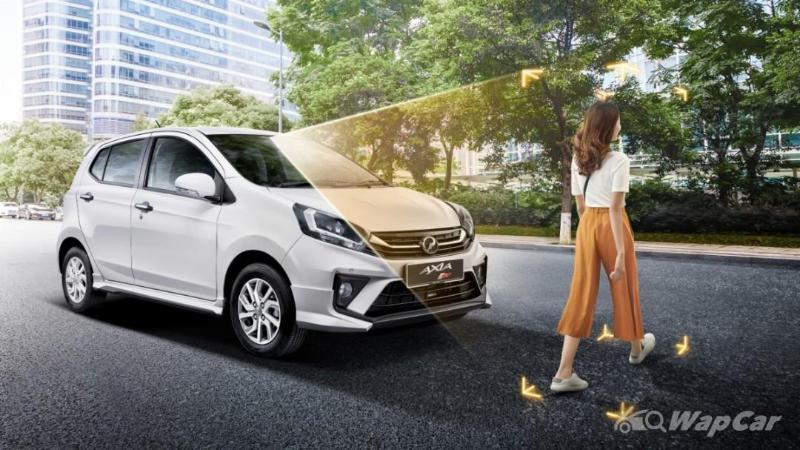 Now, even cars like the Perodua Axia offer ADAS and even some like the underrated Nissan Almera offer autonomous emergency brakes (AEB) as standard. These driving aids help enhance the vehicle’s safety, so much so that ASEAN NCAP has revised its methodology beginning from 2021. 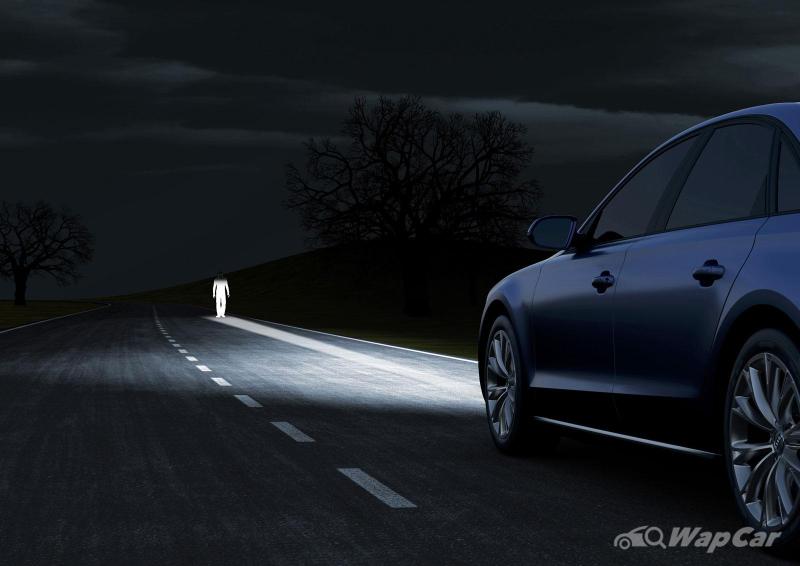 However, one of the most impressive safety features would have to be adaptive headlights. Being a little bit more advanced than automatic high beams, these smart lights can be adjusted automatically depending on the speed or steering of the vehicle, sometimes with the aid of cameras and radars.

That being said, it’s not a brand-new technology but it is slowly being offered on some new cars. In this article, we’ll take a look at the five cheapest cars on sale in Malaysia that feature adaptive headlights beginning with the newest kid on the block.

Yes, we’re still very excited over the Perodua Ativa and what’s impressive is that Perodua offers this feature not just for its top-of-the-line AV variant, but also for the middle H variant too. 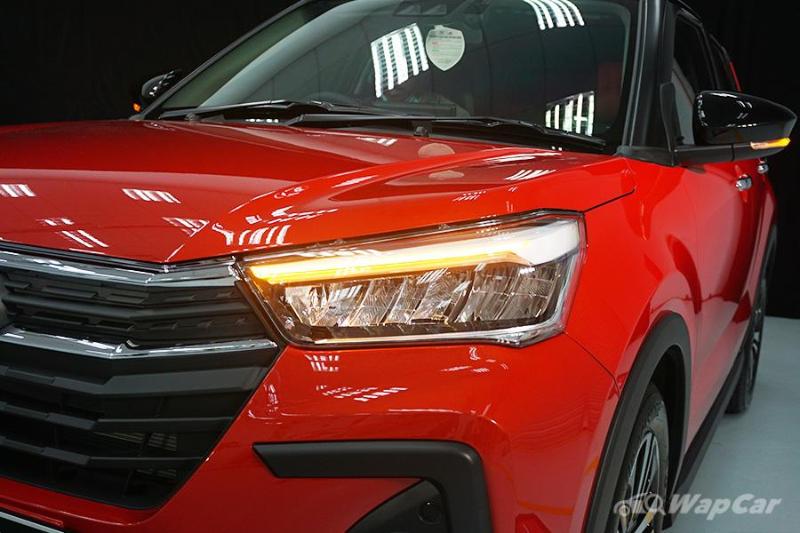 Not only is the Ativa the first Perodua model to come with a turbocharged engine but the SUV is also the first model to come with adaptive headlights. Perodua calls it Adaptive Driving Beam and this feature is carried over from its Japanese donor cars, the Daihatsu Rocky and Toyota Raize.

The Ativa is the cheapest car in Malaysia to come equipped with this feature and as you’ll see with the other four cars in this article, you’ll be surprised at how far the price gap is. Kudos to Perodua for offering this feature at an affordable price. 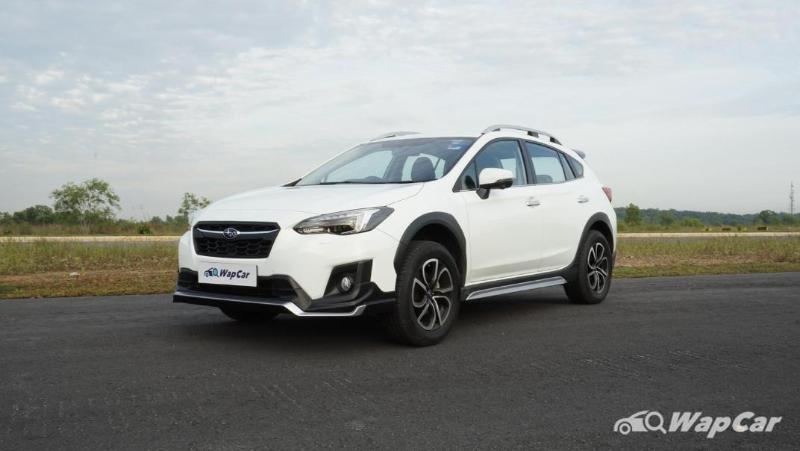 Costing nearly twice the price of the Ativa is the Subaru crossover that’s not just all about Boxer engines and its Star of Pleiades badge. The next cheapest car to offer adaptive headlights is the Subaru XV in its 2.0i-P variant. 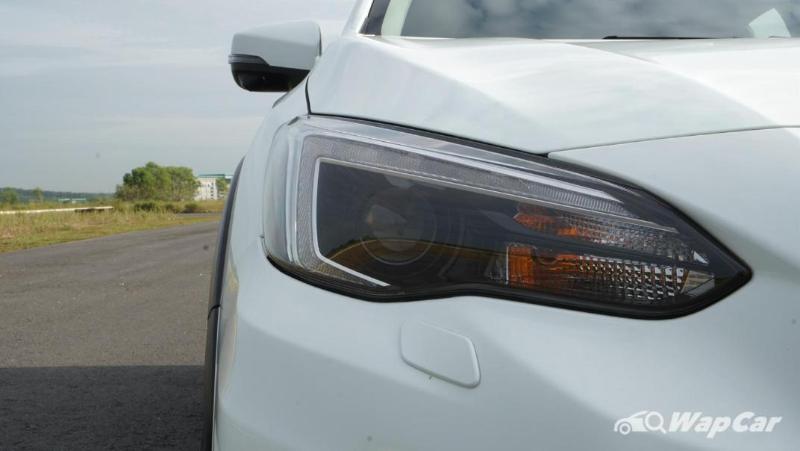 Subaru’s version of adaptive headlights is called Steering Responsive Headlights (SRH) and they work just as written on the box. The headlights swivel around and are controlled by the steering wheel, just like an old Citroen DS. 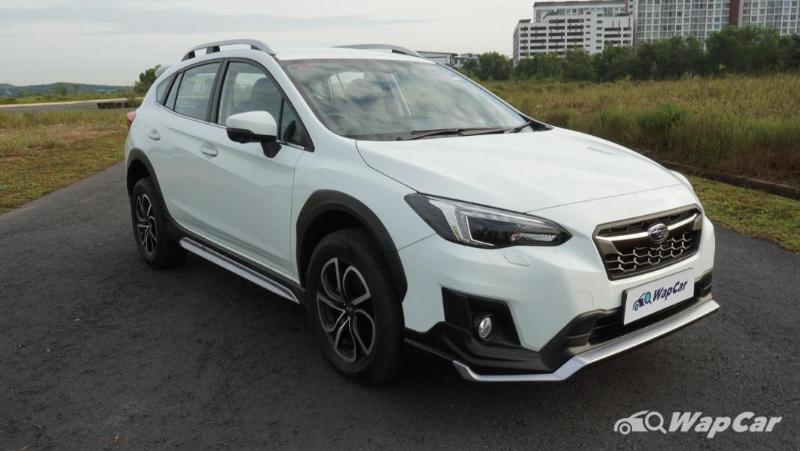 However, despite offering adaptive headlights, the XV doesn’t come with ADAS, whichever variant you choose. Hopefully, the excellent EyeSight ADAS could be offered in the local-spec XV facelift. 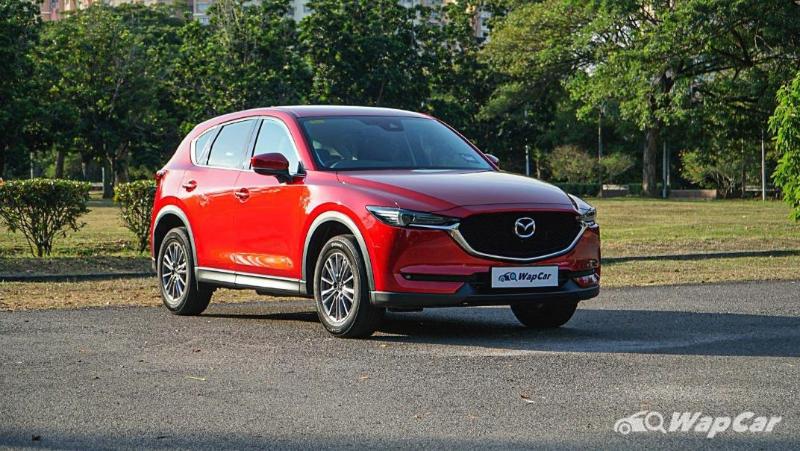 For those who think crossovers are boring to drive, perhaps their mind would immediately change once they get to drive the Mazda CX-5. It’s one of the most popular SUVs in Malaysia but driving dynamics aside, the CX-5 is also decently equipped in terms of safety.

As such, you might not want to skip on the lower 2.0 2WD High variant even if it doesn’t come with a full ADAS suite. This variant along with the 2.5G 2WD High variant comes with Adaptive Front-lighting System (AFS), Mazda's term for adaptive headlights. 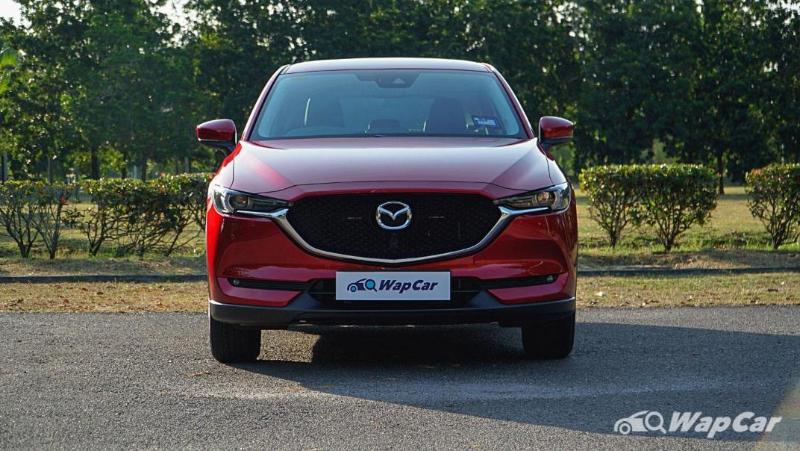 These adaptive headlights function via the combination of the SUV’s auto-levelling function along with the speed and steering input. Thus, it helps reduces glare for oncoming traffic while simultaneously giving the driver better illumination on the road. 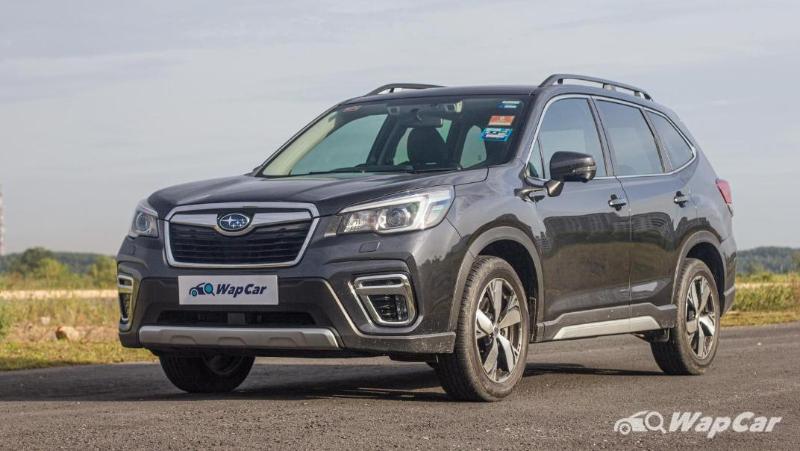 Our second Subaru entry on this list, the Forester isn’t a looker or a performance fighter, but it is quieter than a Honda CR-V and better equipped too in terms of safety. 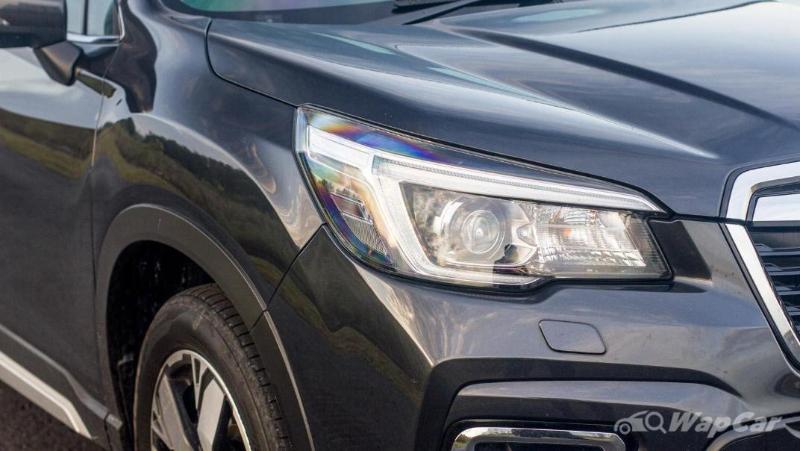 Though the mid-range Forester 2.0i-S doesn't come with EyeSight ADAS, that doesn't mean it's a lesser variant. Just like the top-of-the-range 2.0i-S ES, it comes with SRH.

These headlights are interesting conversation pieces every time you start the SUV, swivelling around the moment you fire up the Boxer engine. Just like in the XV, the projector LEDs turn with the steering wheel, giving the driver better illumination around the bends. 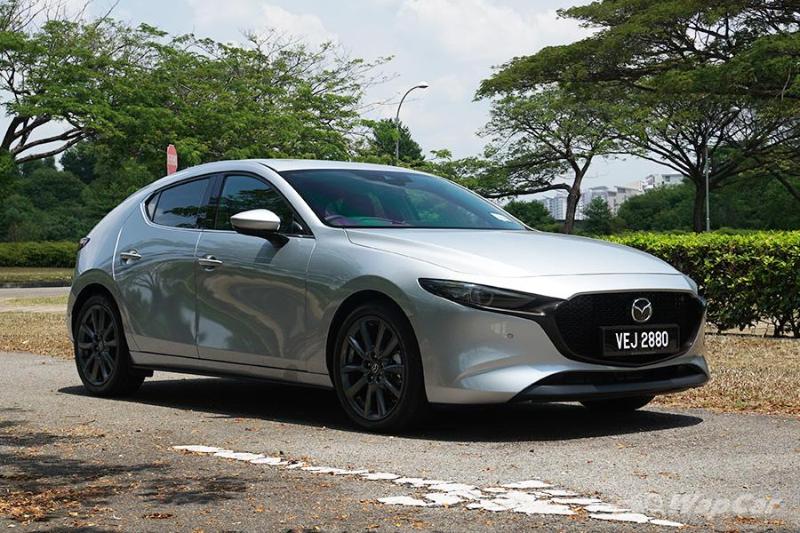 Rounding up this list is one of the prettiest cars ever offered here but this list isn’t about looking good. Adaptive headlights are available on both the highest variants of the Mazda 3 sedan and hatchback and just like in the CX-5, they’re called AFS. 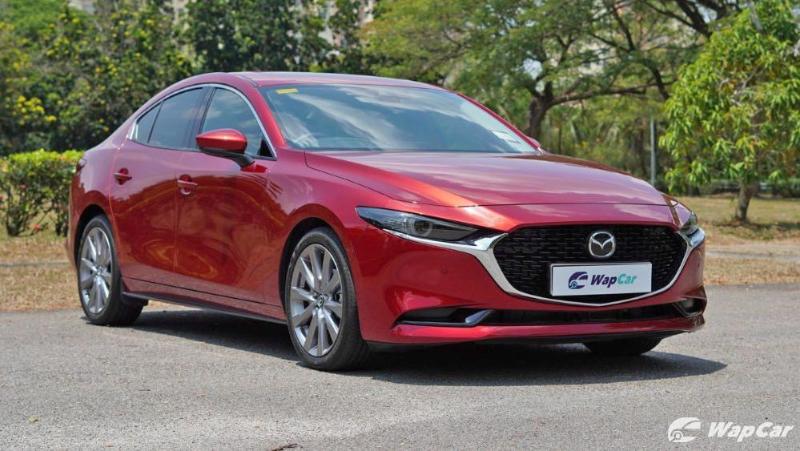 Even though it is pricier than its competitors like the Toyota Corolla Altis or the Honda Civic, the Mazda 3 exudes premium wherever it goes. From its interior to the equipment offered, it feels like it’s worth the extra ringgit. 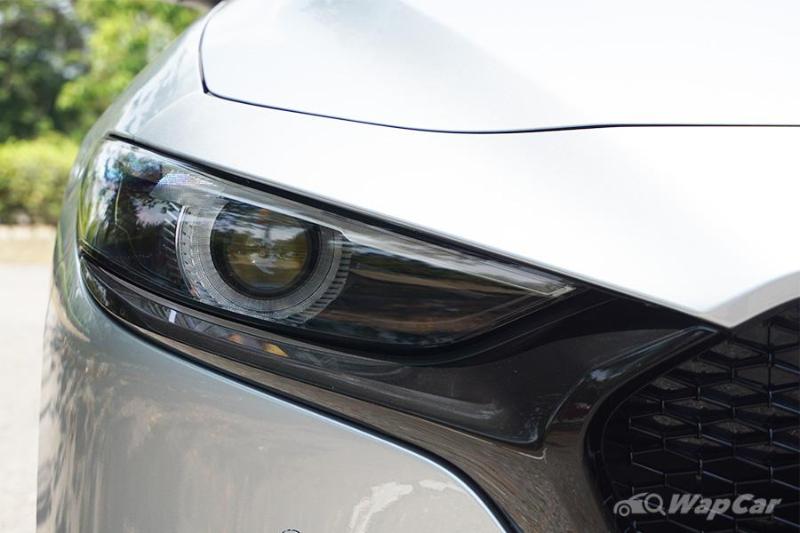 As such, its rivals also do not come with adaptive headlights with both the highest variants (Corolla Altis 1.8 G and Civic 1.5 TC-P) offering automatic high beam (AHB) instead. Granted, the Mazda 3’s adaptive cruise control (MRCC) only works at speeds above 20 km/h as opposed to its rivals which functions even at crawling speeds during jams.

Also read: Pros and Cons: Mazda 3 – Premium inside out but are you willing to pay for it? 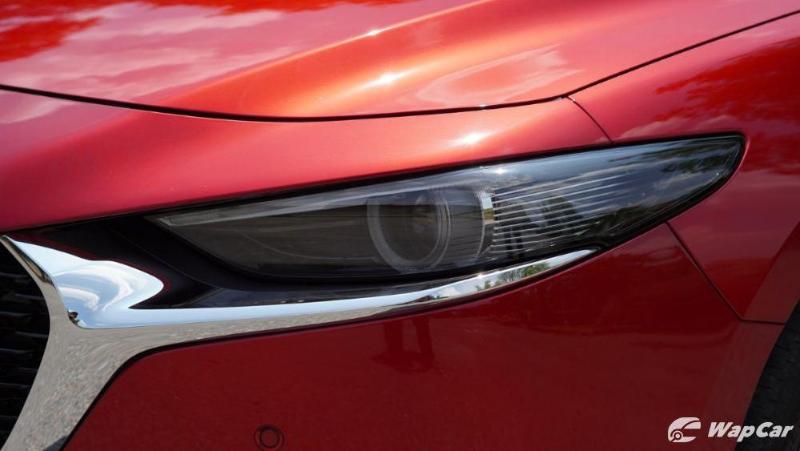 Compared to most other safety features, adaptive headlights are a function that isn’t widely available on many cars under RM 200,000 as you can see from this list. Apart from Perodua, the other two brands aren’t what you might consider volume brands. 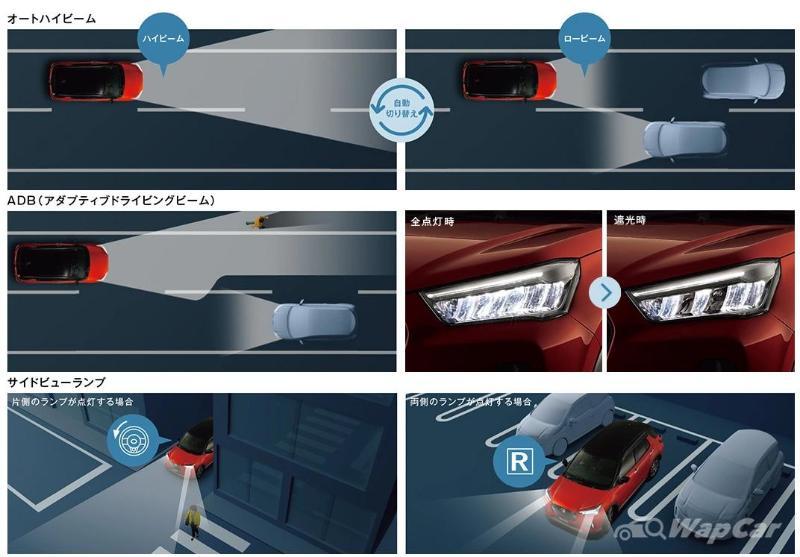 Hopefully, we could see more mainstream brands offer this function for their future models. Perodua has just proven that even advanced safety features can be offered for the masses at a price that wouldn’t hurt the wallet.