This is how a 340 PS, 4WD Mitsubishi Xpander AP4 is built 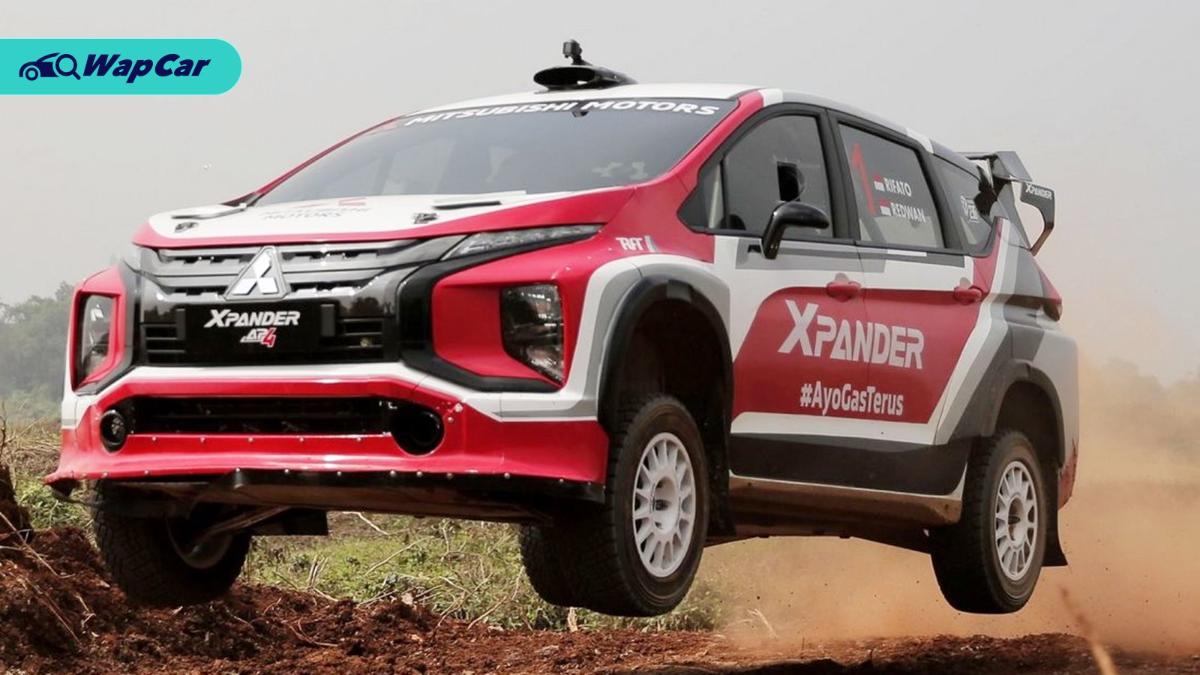 Toothpaste! Most of you will instantly have the red and white colours of Colgate pop in your head.

Likewise when I say rally! Your mind snaps to the Mitsubishi Lancer Evolution.

It's hard to blame anyone for that. It's just heuristics. The Lancer Evo has become synonymous with rallying - flying through forests, exhaust going off like a machine gun - and it's no surprise they won the World Rally Championship (WRC) with Tommi Makinnen four times consecutively from 1996 to 1999.

For all its history, Mitsubishi drew the curtains on the Lancer Evo nameplate in April 2016 with the Lancer Evolution X Final Edition - ending a legendary bloodline of turbocharged, all-wheel drive sedans in the Japanese carmaker’s lineup and putting a full-stop in their rallying story.

But Mitsubishi's not putting the pen down yet. 19 years since its last rallying victory, Mitsubishi is rallying again. 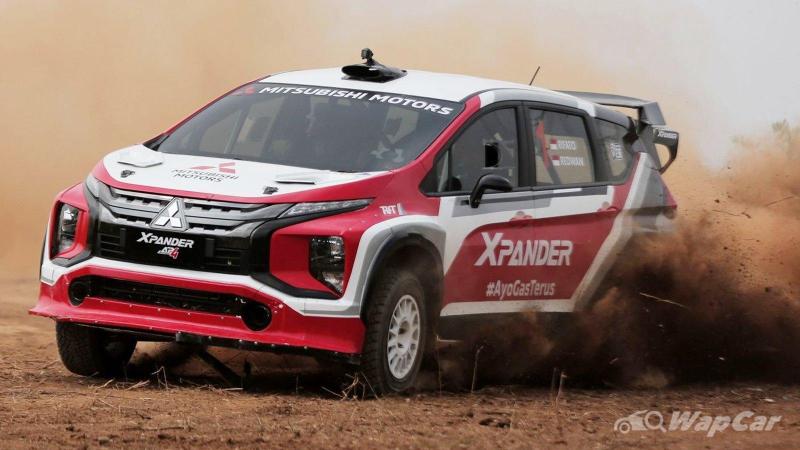 Nope, you're not seeing things. This soon-to-be-launched-in-Malaysia rival to the Perodua Aruz and Honda BR-V is Mitsubishi's next rallying chapter, and it's bound to take on the Asia Pacific Rally Championship (APRC)!

The idea to make a rallying people-mover was sparked by Indonesian rally driver, Rifat Sungkar. Why? Sungkar chalks it up to the Xpander being an easily-recognisable, well-loved model in his home country.

The Xpander AP4 project was kickstarted last year by Mitsubishi Ralliart New Zealand, and built to AP4 spec (which means Asia Pacific 4, by the way) - the highest class in the APRC.

So, AP4 is pretty much the same level as R5 rally cars (such as the Proton Iriz R5) and this category is unique to the APRC. 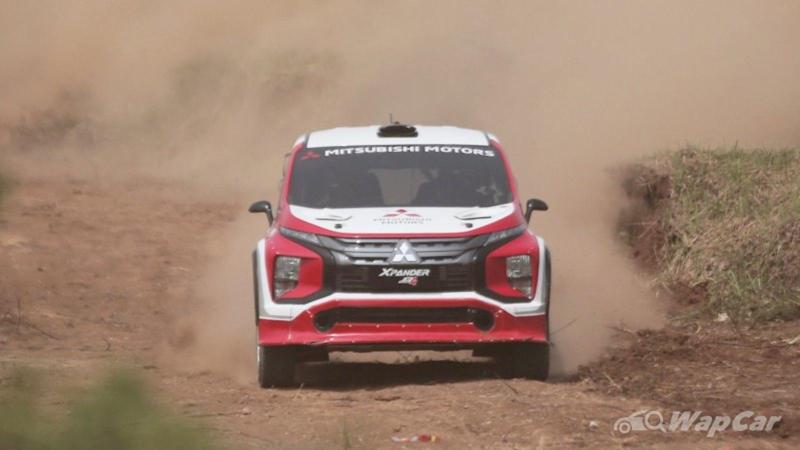 AP4 is a more accessible category because it's relatively affordable and easier to participate in, partly due to its less-stringent homologation process. Which means any tuner in Asia Pacific can build a car and start pounding the pavement, all without going to Europe.

Small trade off though - AP4 rally cars are only allowed to participate in this region, but R5 cars are able to race anywhere including in WRC2.

Rules aside, let's see the car! 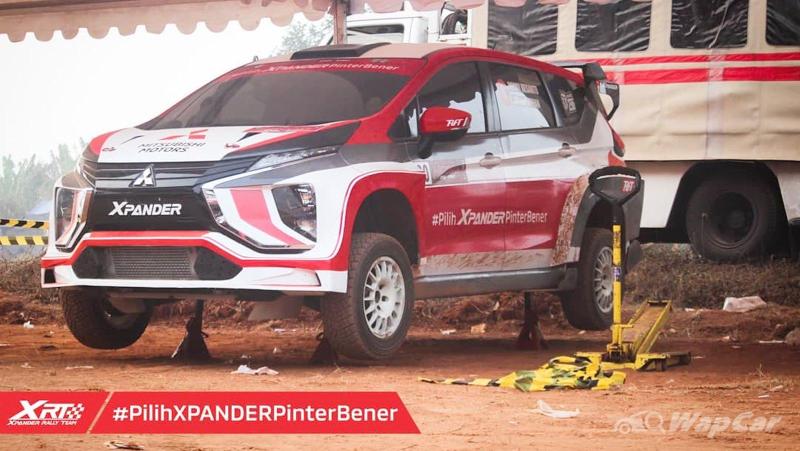 Right, the angry Xterior has gained a bit of weight, but it's all in the right places. There's squared-off wide wheelarches, making it 18 mm and 20 mm wider in the front and back respectively compared to the base Xpander. 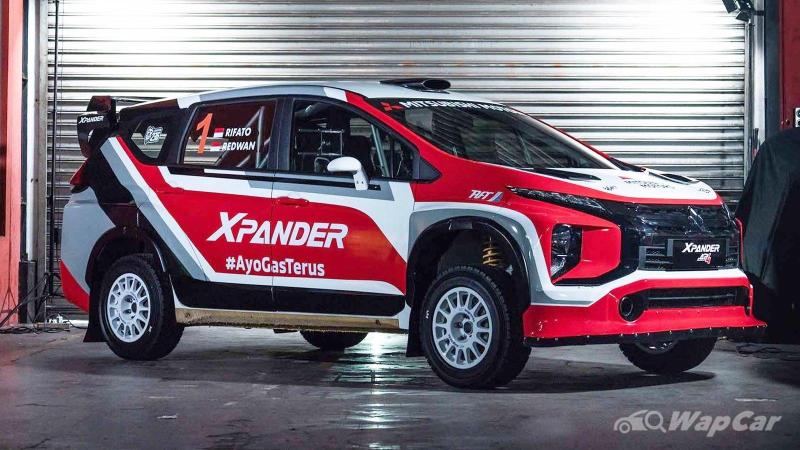 Other racy bits include shaplier side mirrors, a roof scoop (they're to keep dust and sand out of the interior), more vents and a slightly redesigned front bumper with more intake holes to ram air into the engine.

Also, the obligatory carbon-fibre rear wing that helps the Xpander stick to the ground when going full-send through corners. 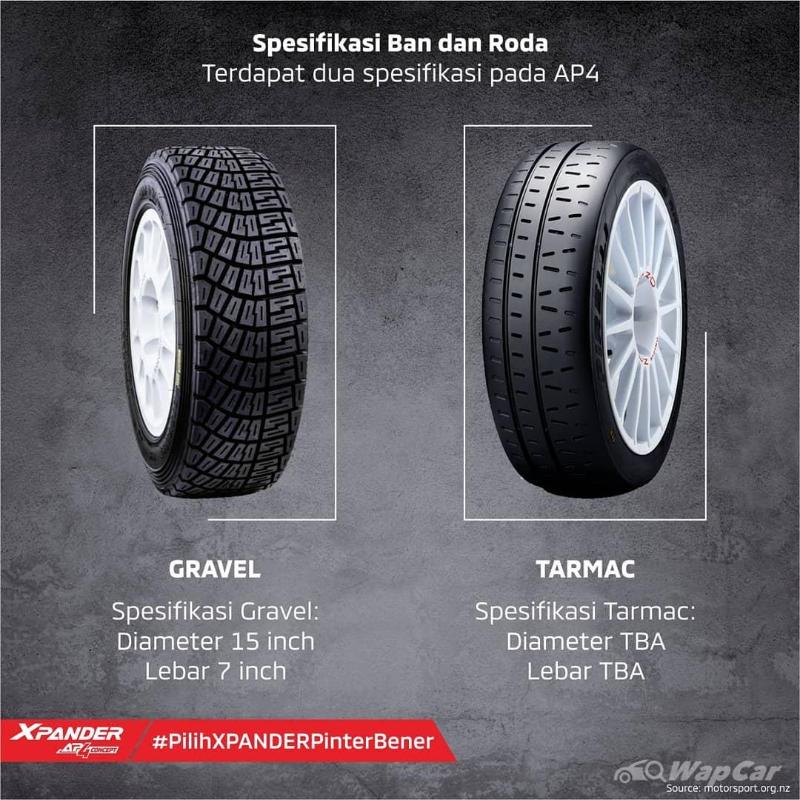 Peel off the angular skin and you'll find a bunch of rather Xpensive parts. 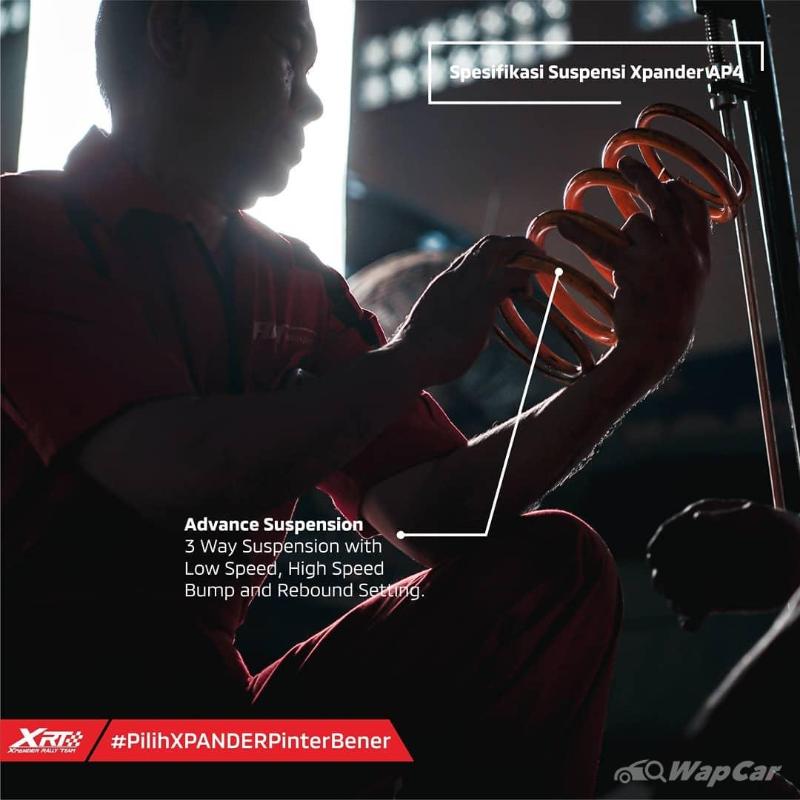 Suspension work - and it’s no small feat in rallying - is handled by fully-adjustable units from MCA or Reiger (depending on either gravel or tarmac routes, respectively). 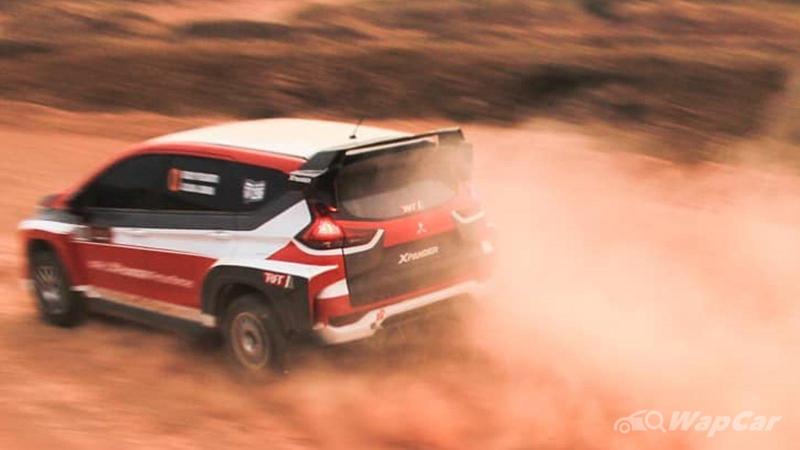 It's got to stop somehow, and for that Endless brake pads clamp 304 mm Brembo discs. 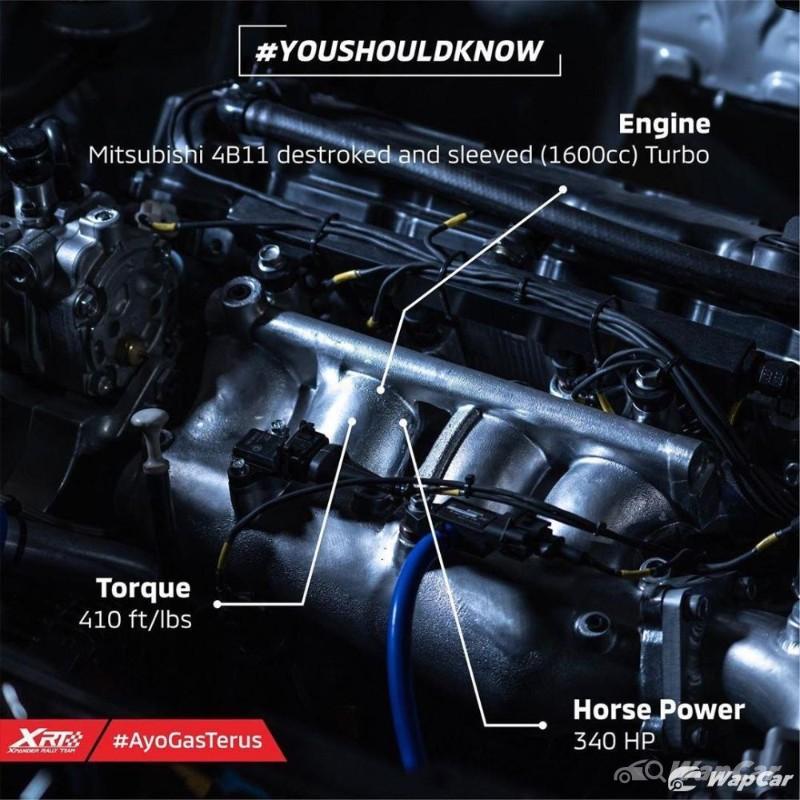 AP4 rules dictate that each competitor must be powered by 1.6-litre engines with 34 mm turbo restrictor plates. Sounds drab? Definitely not...

The lovely notes are hit courtesy of the 4B11T engine - the same straight-four mill found in the Evolution X. Destroked and sleeved to meet regulations, it makes 300 to 340 PS (depending on boost) and a massive 556 Nm of torque!

Also, a cool point! The turbocharger and firewall are round the back, while the engine is positioned towards the middle of the car. All in the name of good weight distribution. 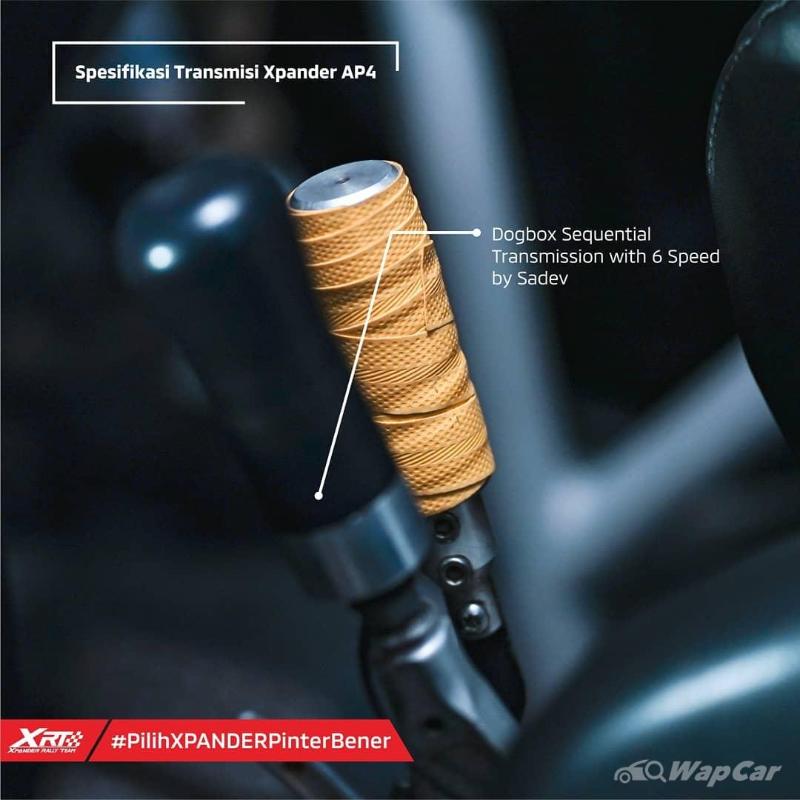 That power is transferred to all four wheels via an Xtrac or Sadev six-speed manual transmission. There’s also three mechanical LSDs in the centre, front and rear of the car - allowing better torque distribution for better cornering ability.

Going inside the Xpander AP4

The rulebook says cars must fit a minimum weight of 1,250 kg. 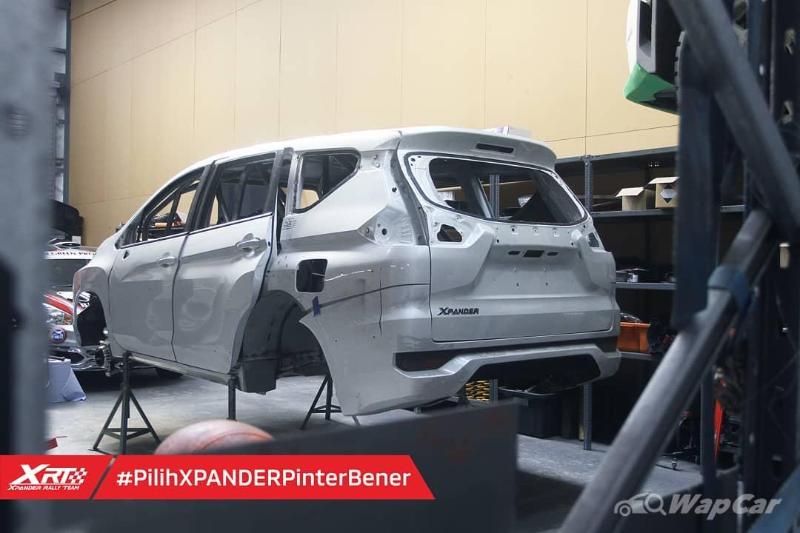 To hit that, lots of it has been stripped. For one, gone are the back seats, and the front ones are now full-bucket racing units with 6-point harnesses. 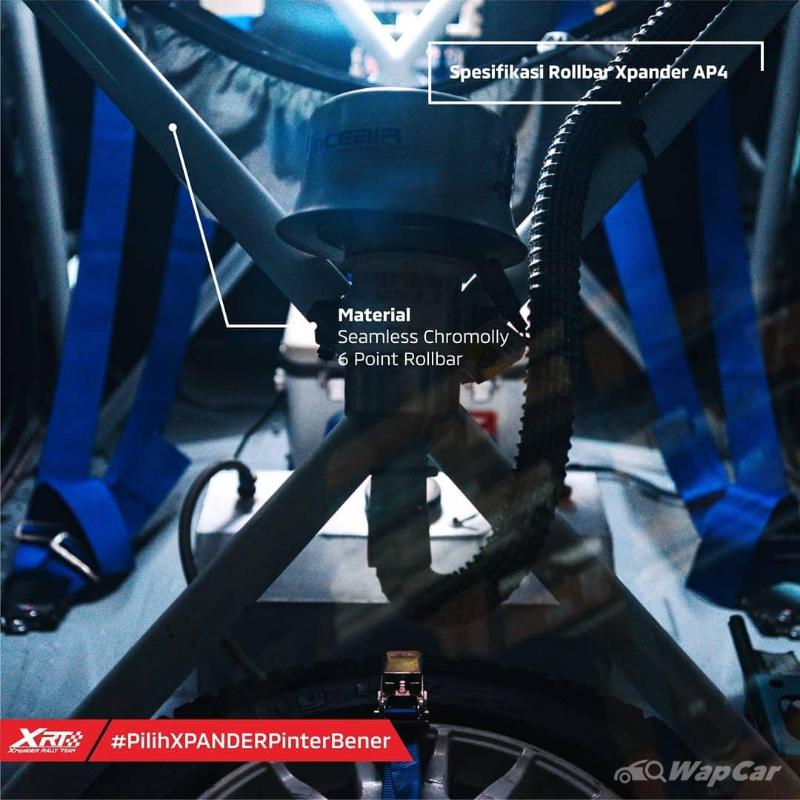 Other go-faster bits include a Tilton pedal box, Motec displays, an OMP steering wheel and a smattering of switches and buttons. 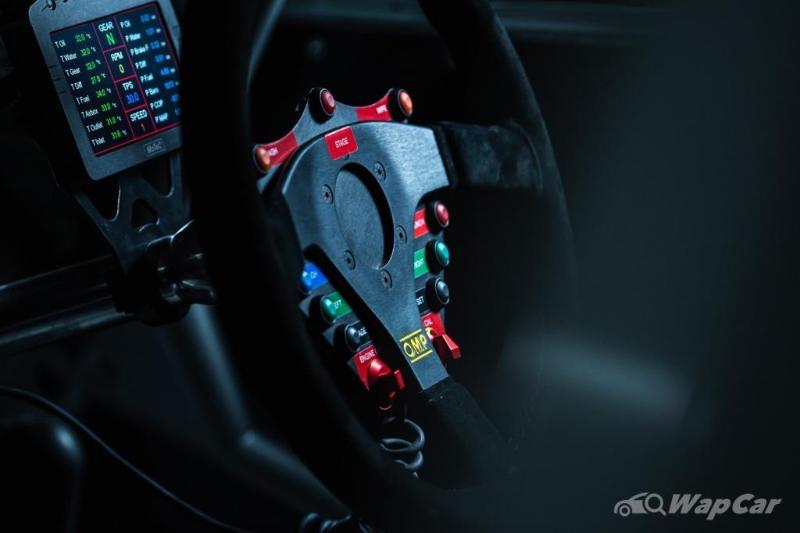 Speaking of steering, the seating position is also 20 cm further back from the standard Xpander. This - coupled with the turbo, firewall and engine position - gives the Xpander AP4 pinpoint weight distribution with 50.1% in front, and 49.9% at the back.

The Xpander at home 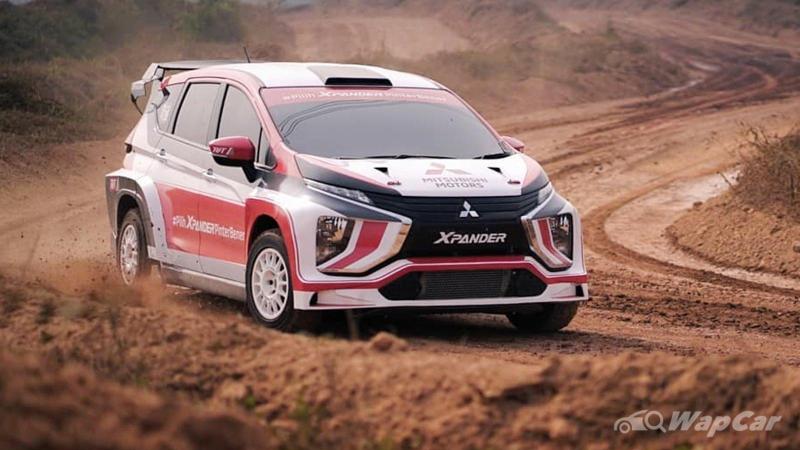 If things go well, the Xpander AP4 will make its rallying debut in the APRC China Rally on the 16th - 18th October 2020. 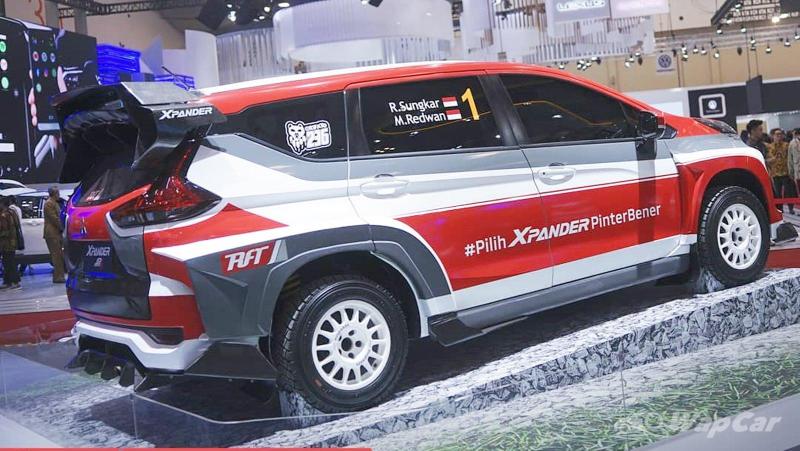 If anything, the Xpander AP4 is testament to Mitsubishi’s rally DNA - they just can’t shake it off and some of it just pours into their everyday products.

Whatever the case, it'll be interesting to see how the Mitsubishi Xpander's rally heritage fares on our roads - when it launches here real soon.