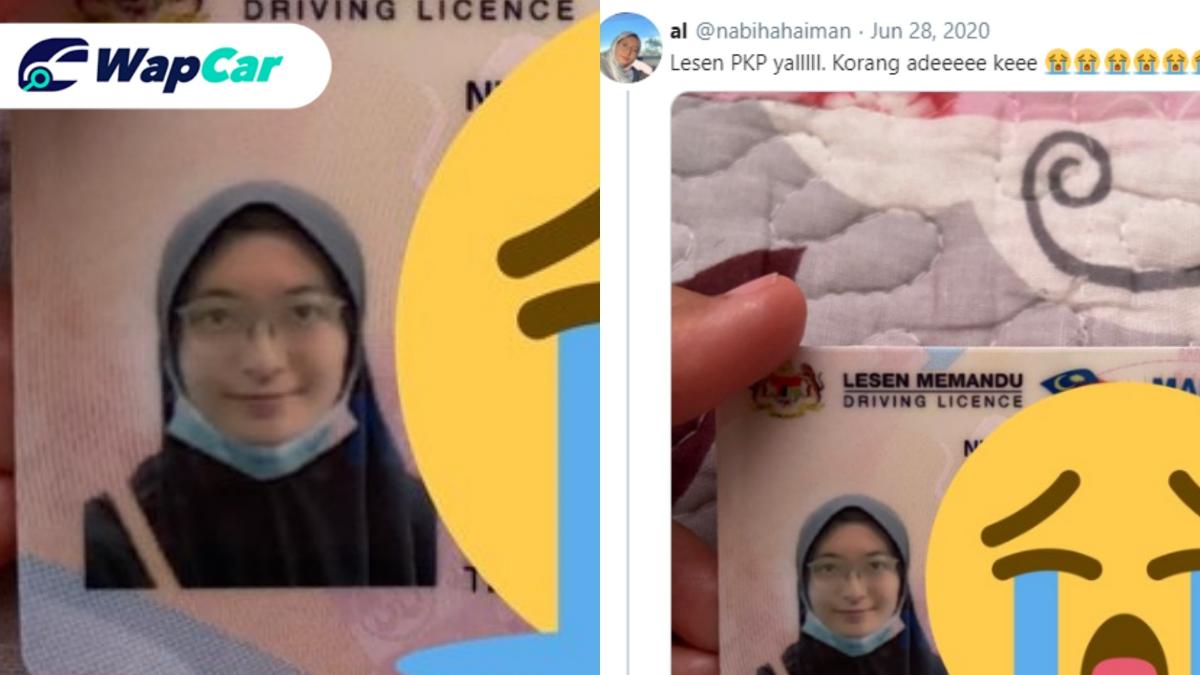 Since we entered the Recovery Movement Control Order (RMCO), many have been rushing to the Road Transport Department (JPJ) to renew both their driving licenses and vehicle road taxes. This Malaysian girl was one of them and she left the JPJ office with disastrous results.

In a Twitter post, Nabihah Aiman lamented at the “ugly” picture on her brand-new driving license. The picture in question shows her smiling sweetly - complete with her face mask and bag sling strap. 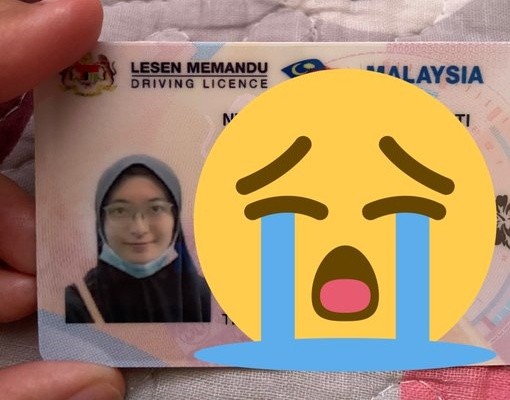 She later explained that when she arrived at the counter to renew her driving license, she was told that her photo isn’t in the database.

Unfortunately for her, she did not bring any passport photos with her so she was forced to let the officer at the counter snap one for her. 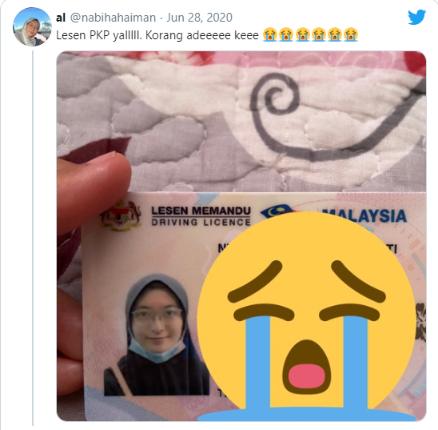 She panicked at that moment as she wasn’t dressed formally hence why she forgot to remove her mask and her bag strap when she went to snap her photo. It was only later when the officer handing out the license and asking her why she didn’t remove her mask did she realised the state her picture.

The Tweet was followed by more tweets wailing about how the bag strap as well as why the officer taking the photo did not comment. 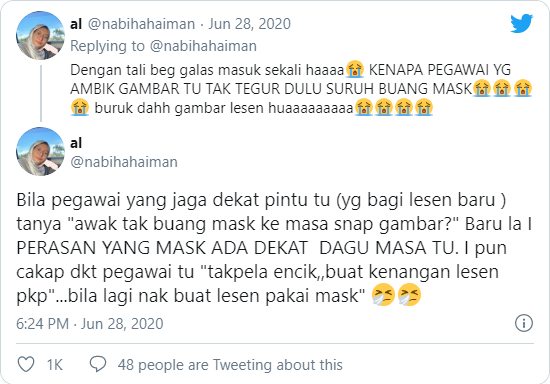 And this driving license would be a good memento. I guess now there is the start of a new category of jokes known as “New-Normal-Problems”!