Home > News > This is revenge of the flying durians!

This is revenge of the flying durians! 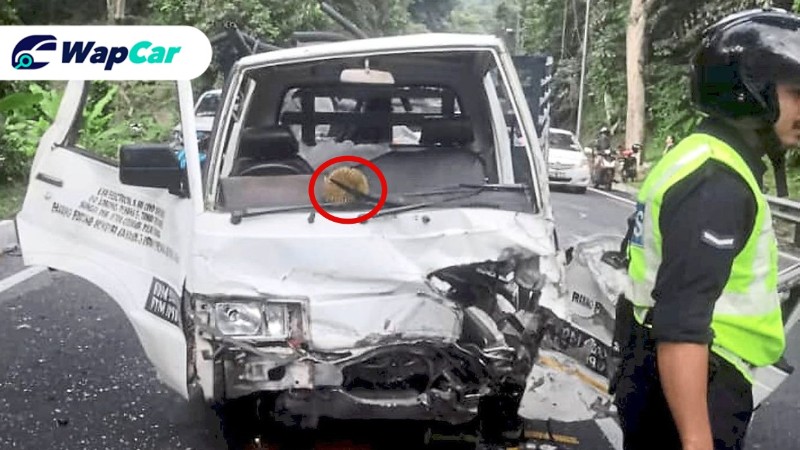 Sadly, the team did not make it to their appointment when a durian went flying into the car injuring the driver, Lim Chai Huat, and one of the Bangladeshi workers.

It is believed that the durian fell through the open window hitting Lim in the head and hands causing him to lose control of the lorry. The lorry only came to a stop when it hit a car on the side of the road.

Both the driver and the Bangladeshi worker were sent to the Balik Pulau Hospital for treatment. As of yet, nobody is sure where the durian flew off from. It could have fallen off a lorry ferrying durian that Lim and his team was following behind or it could have fallen from a passing tree. If it’s the latter, talk about bad luck!

The owner of the air-conditioning business, Lim Beng Huat, told The Star that he has already lodged a police report regarding the incident.

The durian season is currently in full swing in Penang, it seems that we will have to watch out of flying durians when cruising along Penang roads as well.