Back in August, Geely took the covers off the all-new 2023 Geely Boyue L, the successor to the popular Geely Boyue, sold here in Malaysia as the Proton X70.

During the debut, Geely showcased the Boyue L’s exterior extensively, while kept the interior bits to a bare minimum.

Fret not as Chinese outlet Yiche has gotten up close and personal with the all-new Geely Boyue L and we think that the Honda CR-V and Mazda CX-5 should be very worried.

Also Read: Believe it or not, but the Proton X70 is based on the older Toyota RAV4

Right off the bat is the modernized dashboard. While Geely has done its homework to keep the previous generation Boyue’s dashboard updated over the years, the all-new model is a step in the right direction, with a portrait-style floating screen taking centre stage, literally.

The new infotainment screen measures 13.2 inches and its one of the largest screens fitted to a Geely. With a resolution of 1440 x 1920, text and graphics on the screen are sharp and easy to read. It runs on the new Galaxy OS Air, powered by a Qualcomm Snapdragon 8155 system-on-chip (SoC).

Audio is piped through an 11-speaker sound system from Infinity, which is further enhanced by a sound processing system by Logic7.

And it gets even better. Geely has re-engineered the Boyue L’s sun visor, now with a cleverly designed “dark filter” that functions like a pair of sunglasses. It blocks out 100 percent of ultraviolet rays and has a visible light transmission of just 6 percent.

There are also a pair of cossetting seats up front with power adjustment, as you would expect in an SUV of this level.

Under the hood of this redesigned SUV is a range of new powertrains. At the debut, Geely mentioned that the Boyue L will get two turbocharged mills, a 1.5-litre 4-cylinder that does 181 PS and 290 Nm and a 2.0-litre with 218 PS and 325 Nm. The latter is co-developed with Volvo and is part of the Drive-E family of engines.

Electrified versions were also announced, which includes a turbocharged 1.5-litre petrol-electric hybrid (HEV), as well as a plug-in hybrid (PHEV) version. The latter is said to offer a range of up to 1,300 km, all while returning a fuel economy figure of 4.2-litre / 100 km. 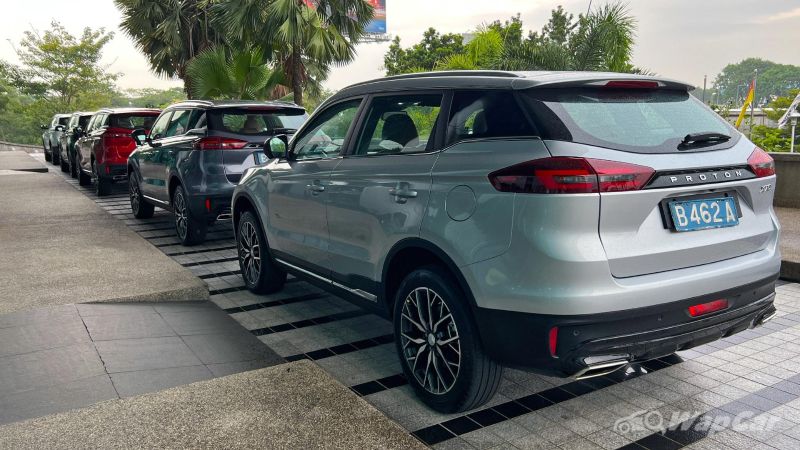 As mentioned earlier, the Proton X70 is essentially a right-hand drive (RHD) version of the Geely Boyue, so it’s safe to say that the brand-new Boyue L could preview the next-generation Proton X70.

That said, prices of the next-generation Proton X70 isn’t likely to be as affordable as the current one  (RM 98,800 to RM 128,800), owing to the more upmarket cabin and sophisticated powertrains.

The next-generation Proton X70 may not be offered here any time soon too. Recall that the CKD Proton X70 was only launched here in February 2020, and thus the next-gen model won’t arrive here until 2025.