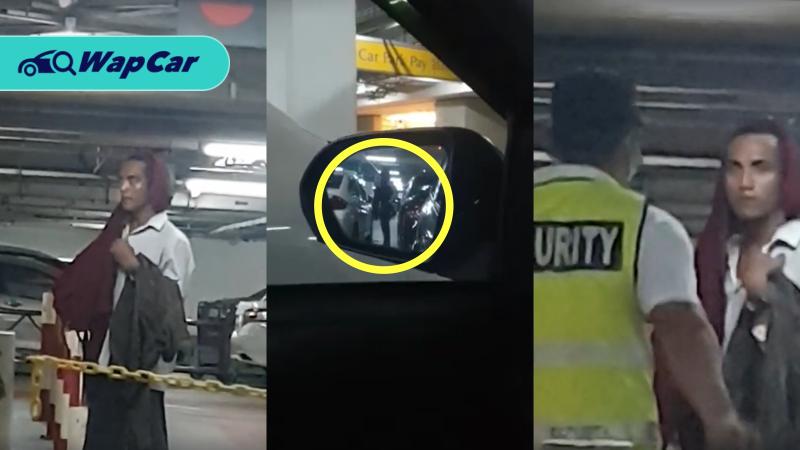 Though it has been warned over and over by parents, relatives and the kepoh auntie next door, many of us still neglect to lock our cars the moment we get into it. For this lady, after the incident of a stranger trying to force his way into her car in a mall parking lot, she is thankful that she has the practice down pat.

The terrifying incident happened in Mid Valley Megamall car park on the 6th of August. According to the lady’s Facebook post, she was taking a quick rest in her car after her shopping trip when a man approached her car and hit her passenger’s side mirror before attempted to open the front passenger door.

When the man realised that the door was locked, he turned his attention to the rear passenger door and attempted to open that door as well.

At this point, the woman was in a panic but she managed to keep her wits around her and started honking to get the attention of other people in the car park.

She managed to get a security guard’s attention and the man was seen walking away calmly as if nothing had happened.

The woman documented the entire incident along with the videos she took onto her Facebook profile warning people about her experience and the post has since gone viral with over 1,500 shares.

Meanwhile, Mid Valley Megamall has responded about the incident on their Facebook page, announcing that the security guards have searched the man and discovered he was not carrying any harmful objects nor an Identification Card (IC).

However, they also confirmed that they have only escorted the man off the premises instead of handing the man to the police.

While it is horrifying to know that the man is still on the loose, the responsibility of our safety starts with us. Be sure to lock your cars the moment you get into your car in any car park you are in. If you are uncomfortable with a locked car while driving, you can always unlock it after you exit the car park.