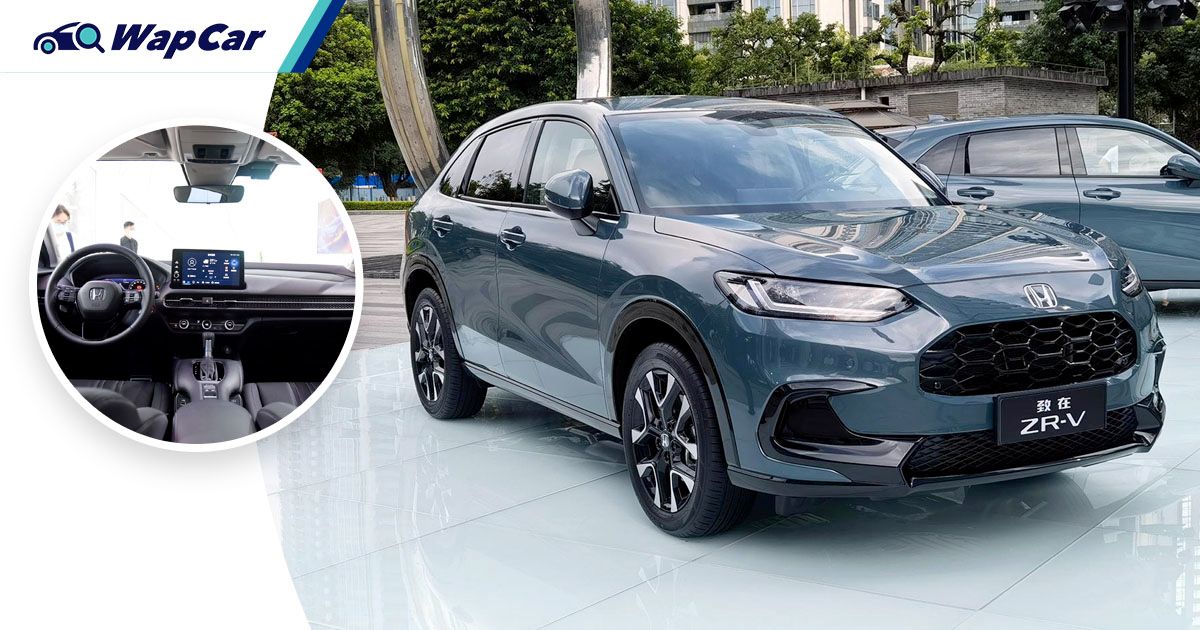 Following its teaser earlier in May, GAC Honda has showcased the 2023 Honda ZR-V in China, this time showing off the new SUV's interior. In China, the model is called 致在. 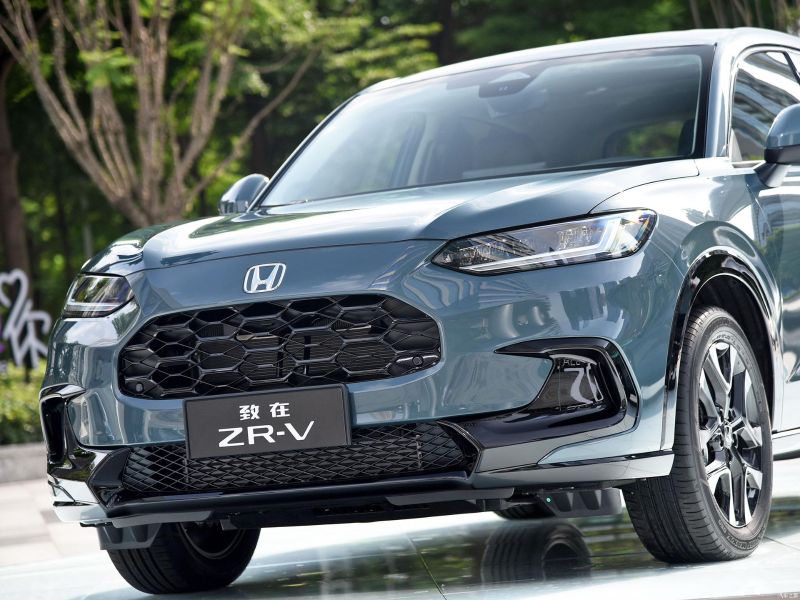 As reported earlier, the ZR-V is a Civic-based SUV that bridges the gap between the Honda City-based HR-V and (also) the Civic-based Honda CR-V. Now, China’s ZR-V and North America’s HR-V are essentially the same model, and the model will go on sale as the ZR-V in Europe by 2023. 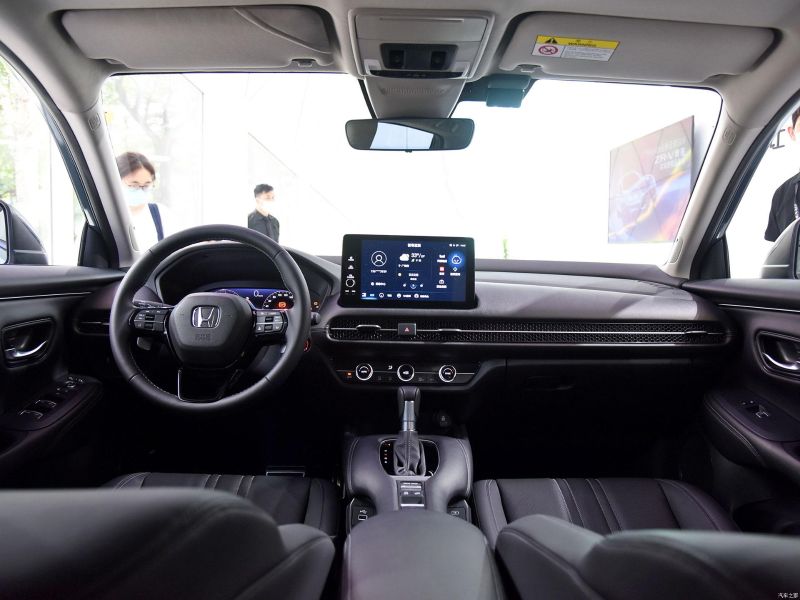 This is probably the first time the Honda ZR-V's interior is shown to the public, as earlier teaser photos did not reveal the SUV's interior. This set of photos are courtesy of Autohome. 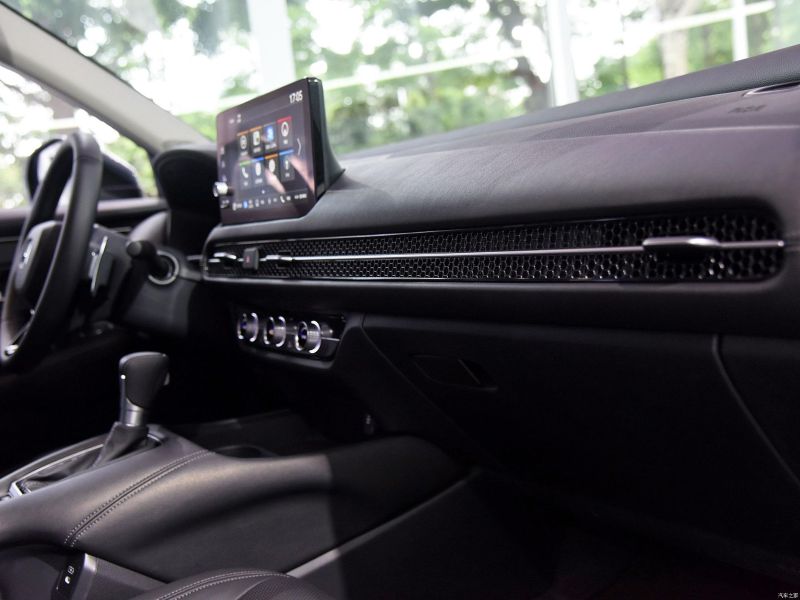 First things first – seeing that the ZR-V is based on the Civic, it comes as no surprise that the interior is largely identical to the C-segment sedan. As such, it gets the same full-length air-conditioning vents like ths Civic.

Also Read: 4 features on the Malaysian-spec 2022 Honda Civic FE that Thais don't get

Elsewhere, due to its honeycomb-style air-conditioning vents up front, the ZR-V loses out on the trick air diffuser system found on the City-based HR-V.

Also Read: Honda explains how the 2021 Honda HR-V's A/C vents work like an air curtain to keep you cool 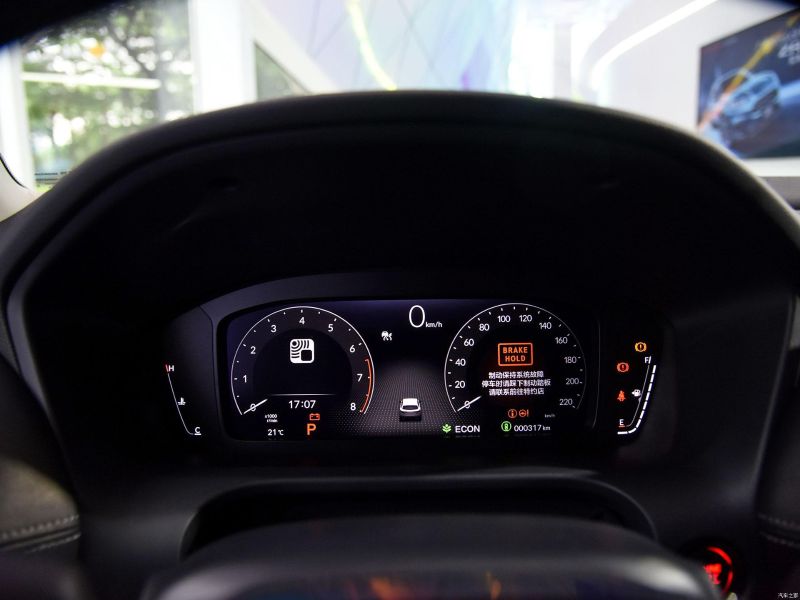 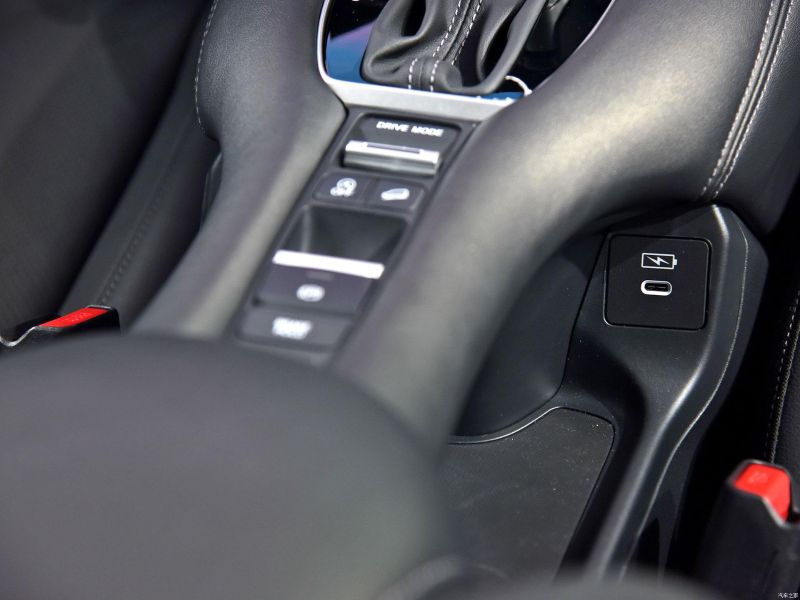 The ZR-V also gets a similar 10.2-inch digital instrument cluster like the Civic FE, as well as a number of USB-A and USB-C charging ports. 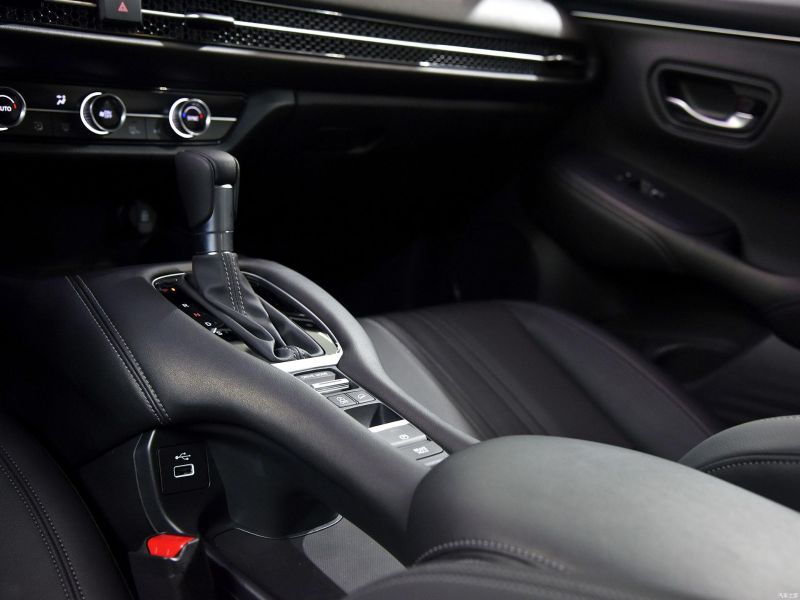 Where the ZR-V differs from the Civic is the centre console. The ZR-V gets a two-tier centre console with storage located beneath, mirroring the City-based HR-V.

While the European market ZR-V will be sold exclusively with Honda’s i-MMD petrol-electric hybrid, the Chinese market model is sold with a turbocharged 1.5-litre petrol engine at launch. 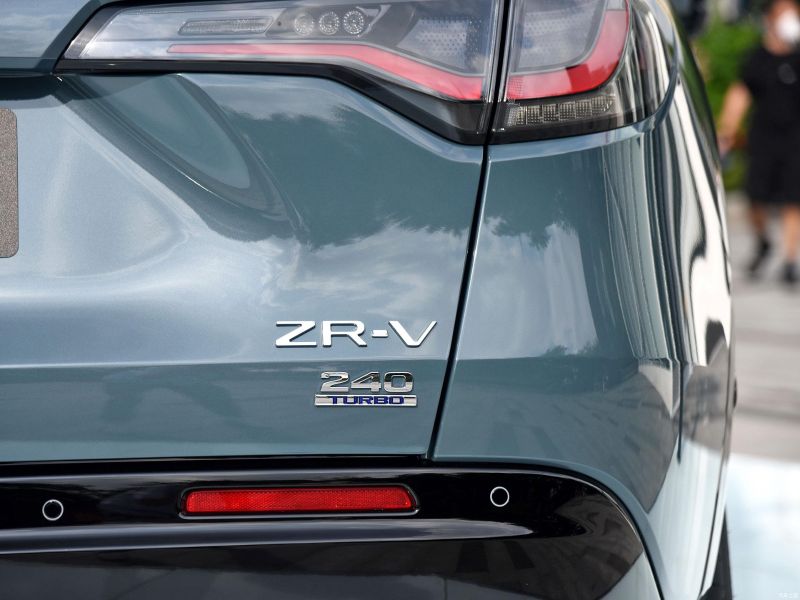 Codenamed L15CD, this turbo petrol engine is good for 182 PS and 240 Nm. The engine is paired to a CVT transmission that routes power to the front wheels. If these figures seem familiar, that's because the figures are identical to our Malaysian-spec Civic FE. 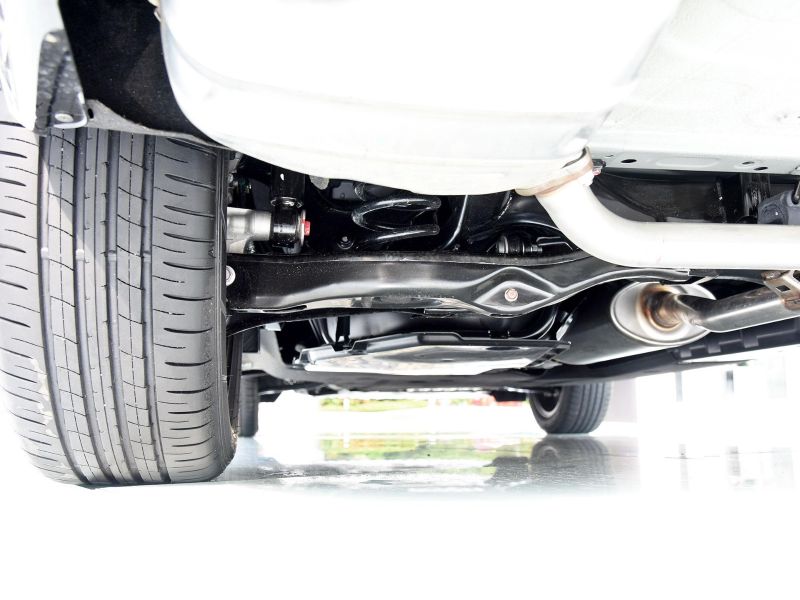 Unlike the City-based HR-V that gets a torsion beam rear suspension, the larger Civic-based ZR-V gets a more sophisticated multi-link rear suspension instead. 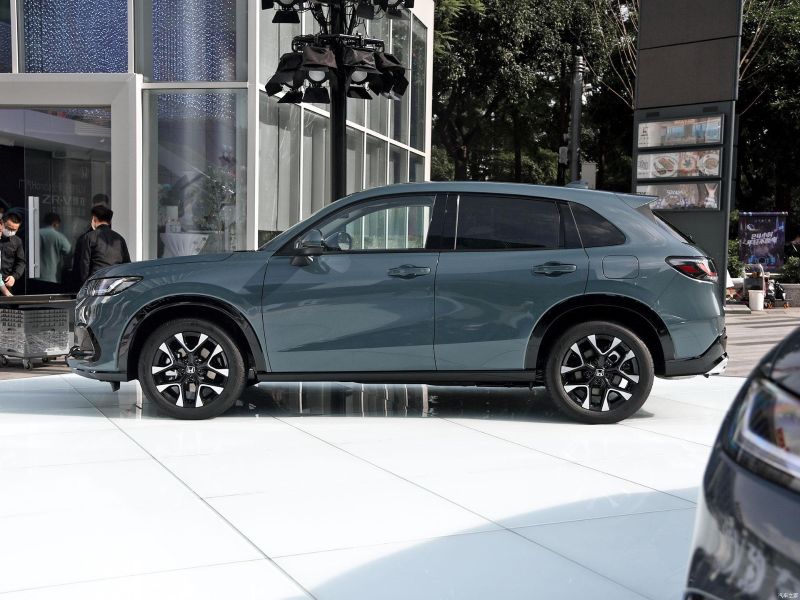 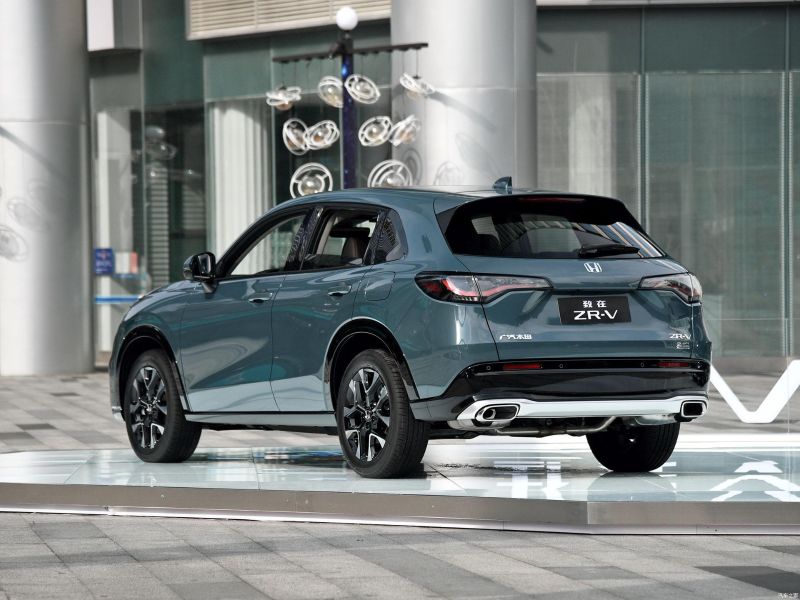 Here’s a quick dimension comparison between the ZR-V, City-based HR-V, and Toyota Corolla Cross – the latter the ZR-V is aimed at. 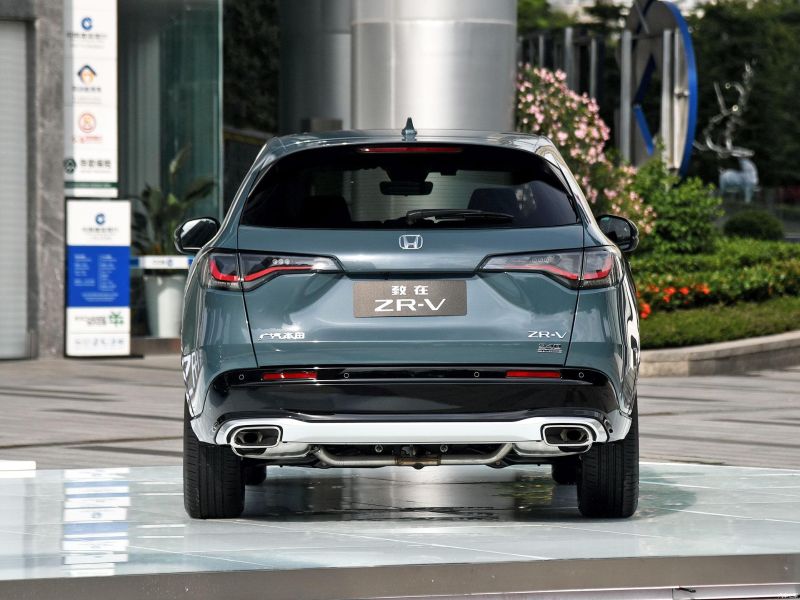 GAC Honda is expected to launch the 2023 Honda ZR-V real soon, so stay tuned for that.