This Malaysian EV costs RM600K to develop. Is it just a “Honda Jazz” golf cart? 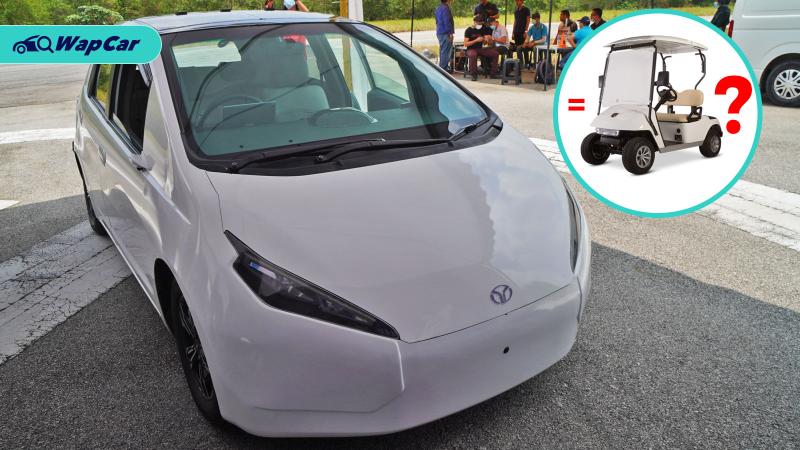 What we have in the picture above is a prototype electric vehicle which is basically an electrified Honda Jazz on a ladder frame. It might not look like one at first glance, but look at the doors and the roofline and you will see the Jazz that is buried underneath this composite body. Specifically, it is the GE8 second generation Honda Jazz.

What is this thing? 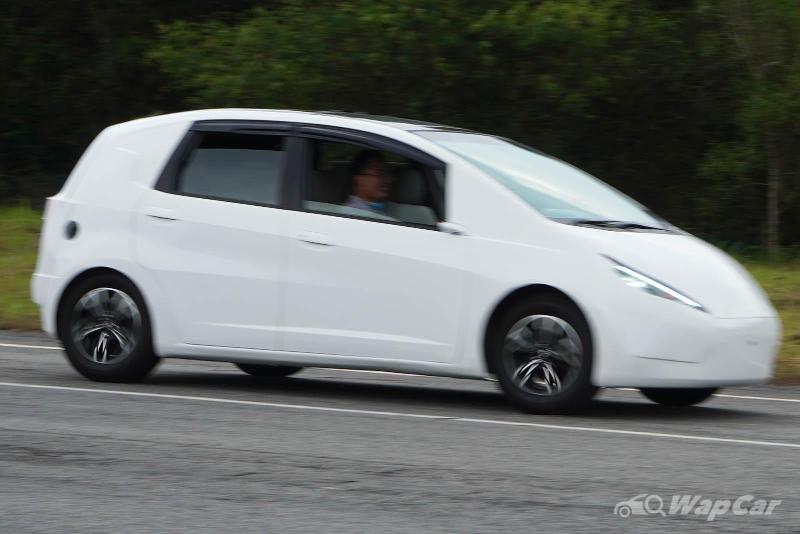 On 9 September, a small demonstration was organised to showcase the prototype that the company had built.  They call it the MyKar.

As all things with 4 wheels go, let’s have a run through the basic specifications first. 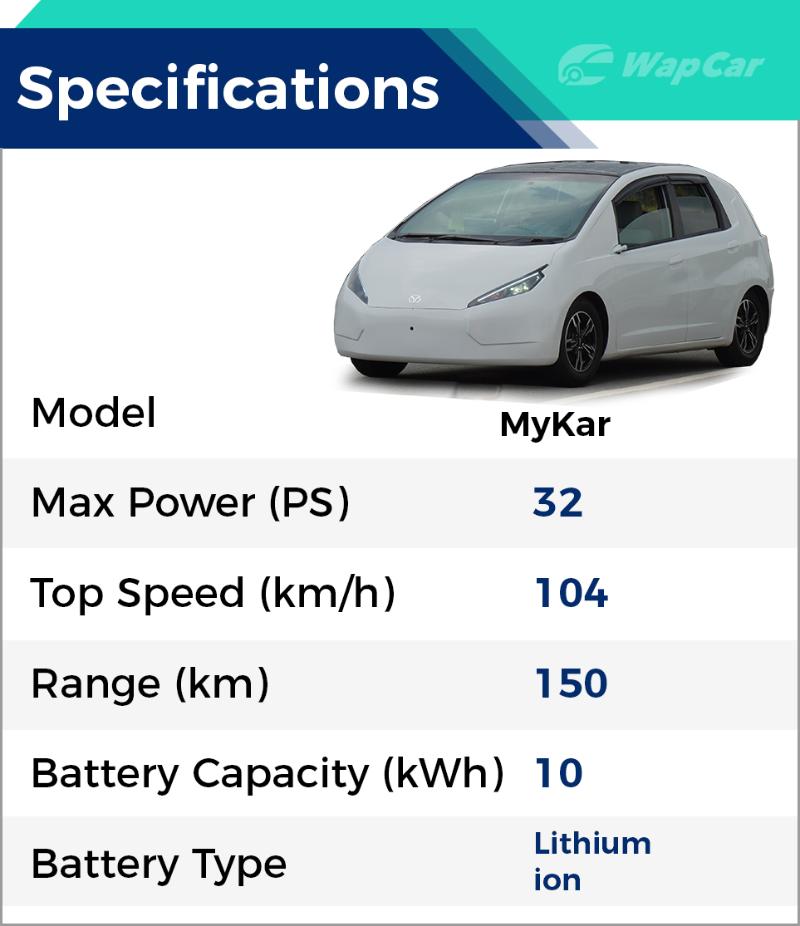 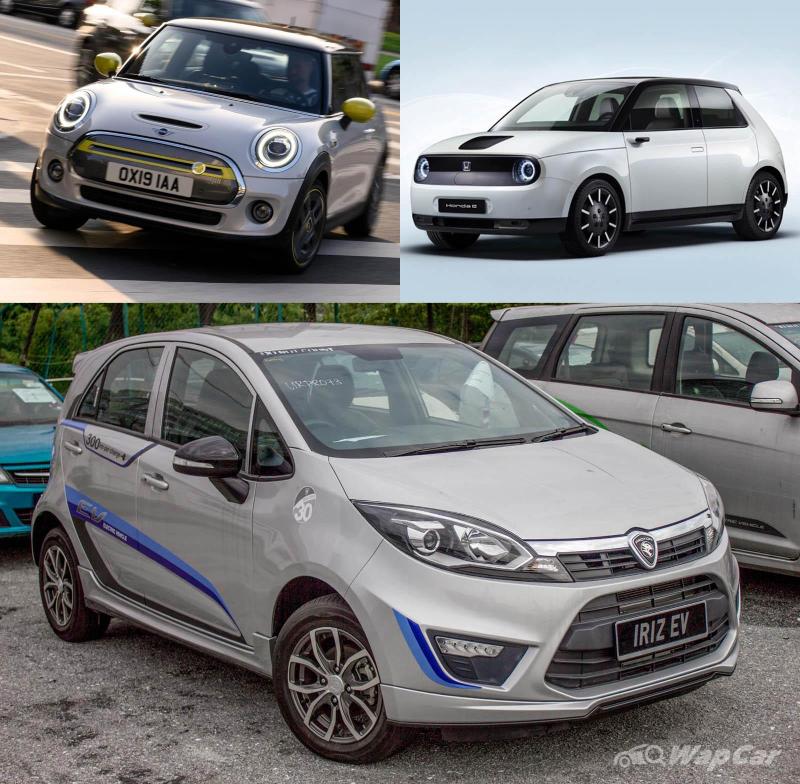 If you recall our story from some time ago on the Proton EVs being auctioned off, you might remember the Proton Iriz EV. The electric Proton had a reported battery capacity of 39.6kWh. That’s more than all the EVs we just mentioned.

Despite the small battery capacity, the MyKar has an electric range of 150 km. No drive cycle has been specified. With a 16 kWh battery in place, a 200 km range is claimed. 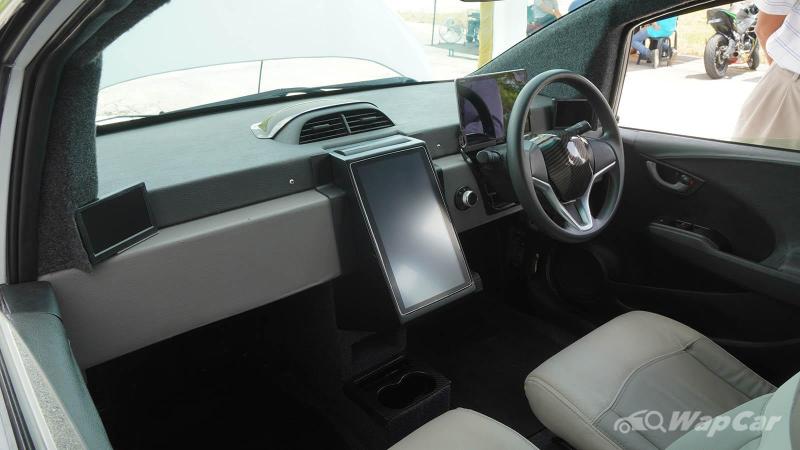 The MyKar is a prototype, and that means we should cut it some slack when it comes to build quality and aesthetics. The car has no power steering and no ECU. 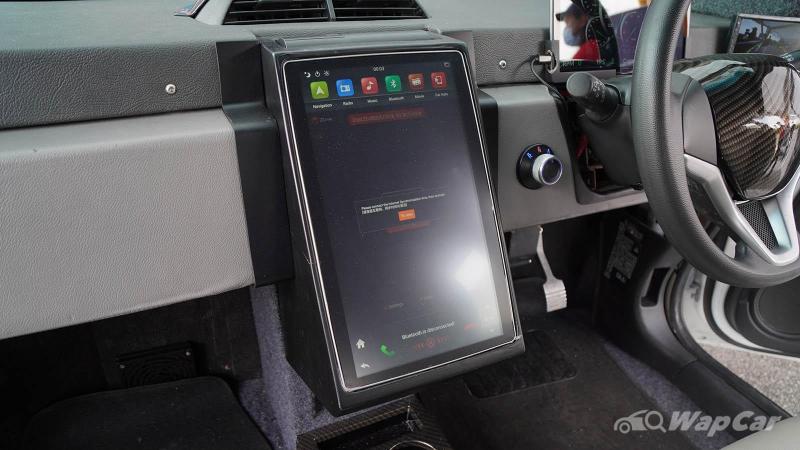 As an electric car, the MyKar isn’t complete and that’s fine. A “Proof of concept” is only meant to prove a concept, right? 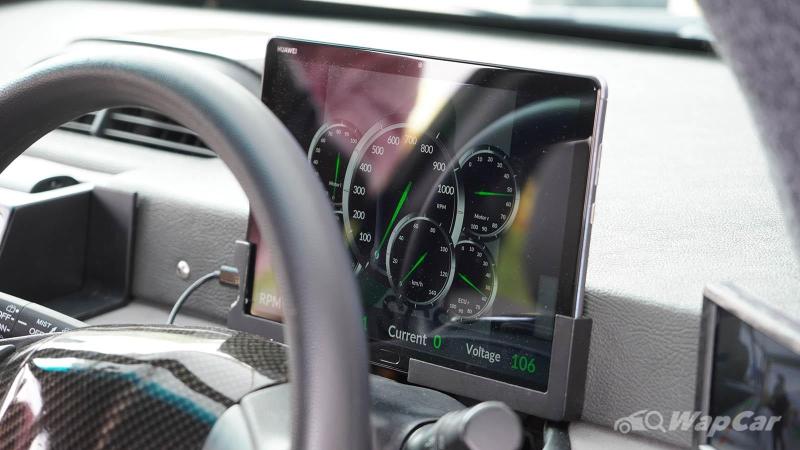 If we’re talking about finished products, the EV ChangLi that Jason Torchinsky of Jalopnik ordered is a much more complete product.

What concept is being proved? 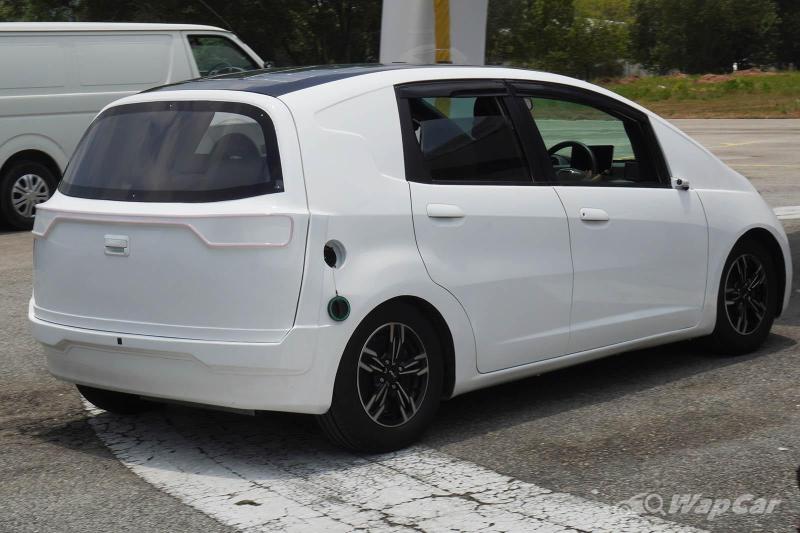 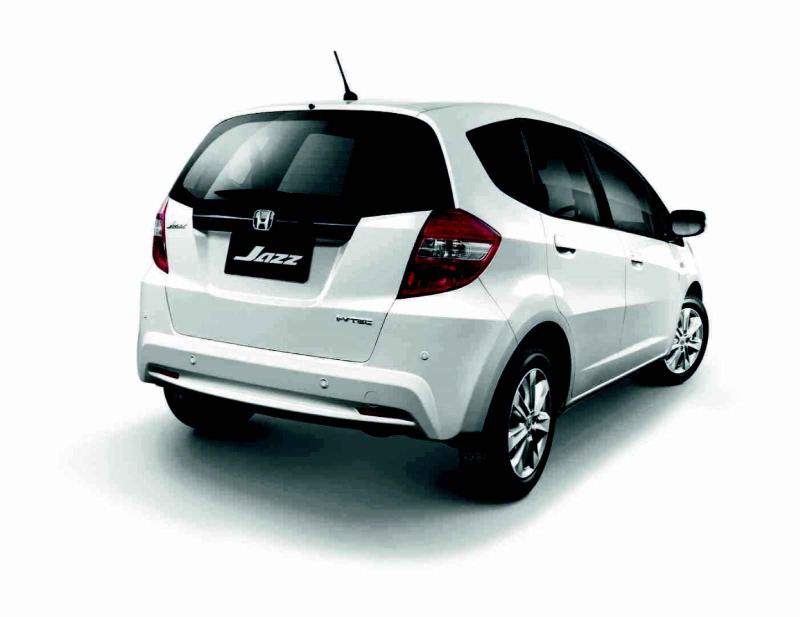 No in-house motor, battery, autonomous system, or digital display was developed. The tablet gauge cluster just reads information from the electric motor via a CAN Bus comm. We didn't bother srutinising the build quality since it isn't the MyKar's forte.

So, we perused the car and even tested it to see what concept or what system was actually being proved/demonstrated. Combining a lithium ion battery, an inverter, and a synchronous AC motor is nothing new. 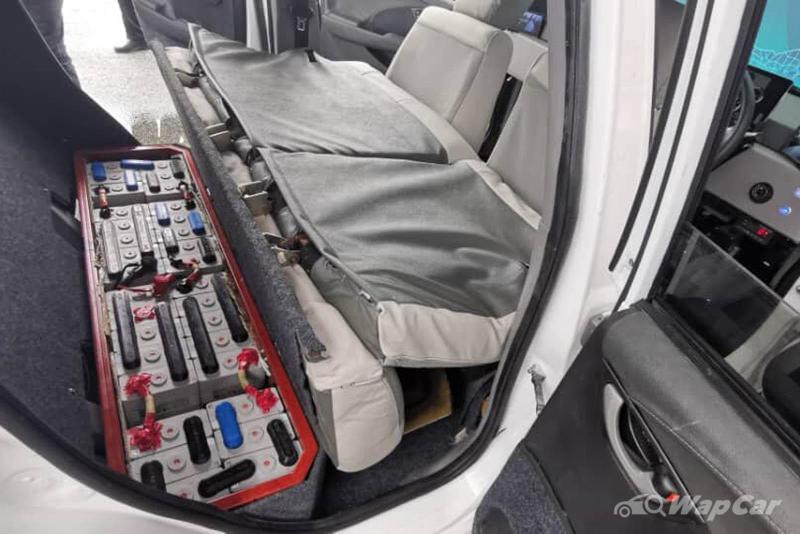 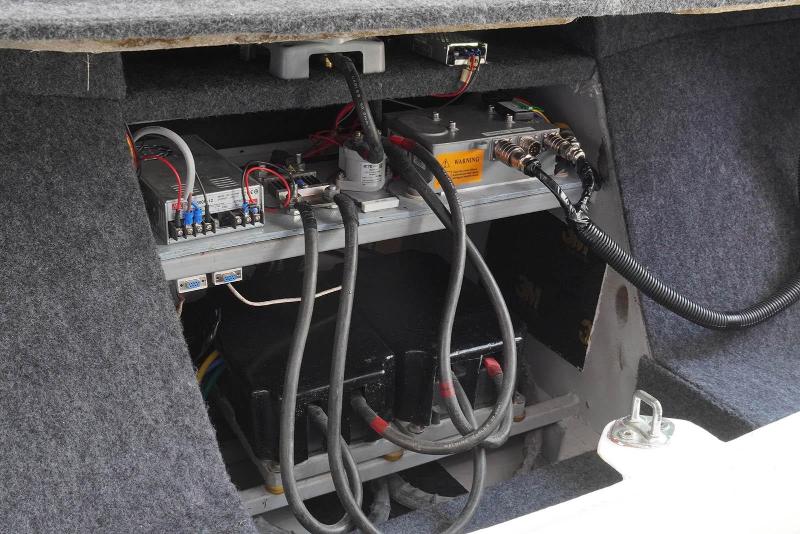 Placing a solar panel on the roof, placing a giant tablet on the dashboard, and using a Peltier air-conditioner are also nothing new. 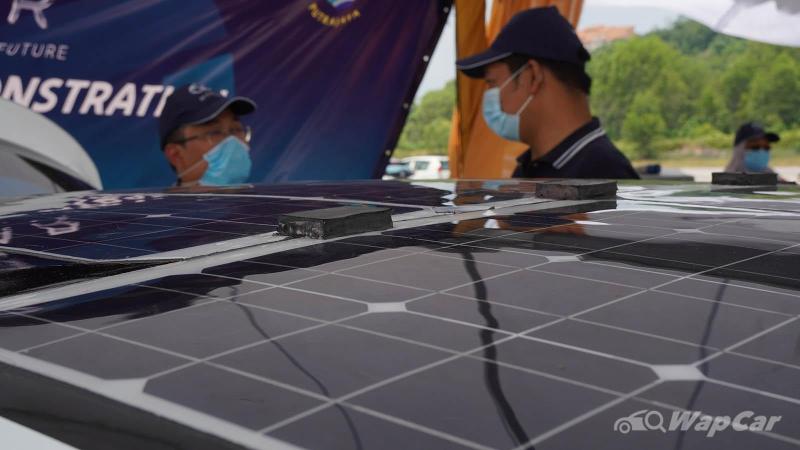 Sporting side view cameras, we expected the car to have some level of autonomous driving. 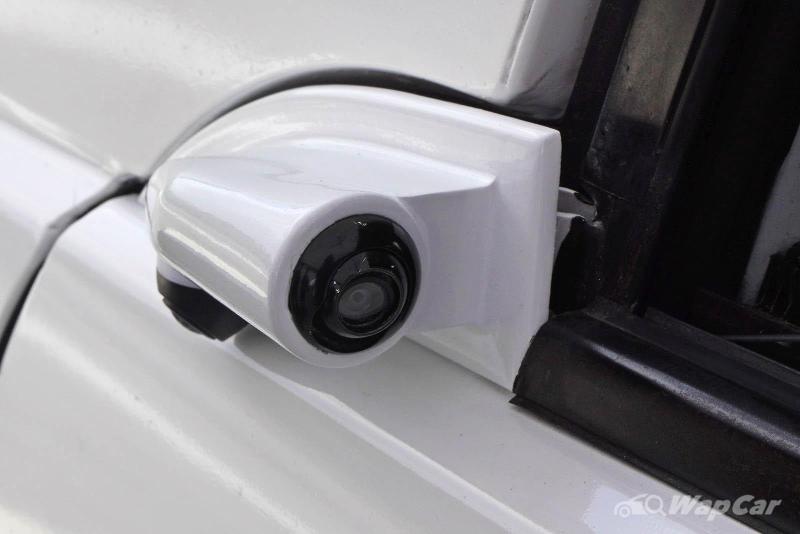 There are also no innovations in terms of battery cooling and nothing was mentioned on battery management. We were told that the product offered was a system, but we were yet to see any signs of a well-developed one on the car.

Feeling a bit bummed out, we decided to talk to other representatives to understand what was actually being demonstrated since the car didn't have much to show.

What we understand (so far) is that they aim to build a holistic system which involves using waste cooking oil and using the car to power a home. Essentially, it is meant to be a system that converts waste into energy. 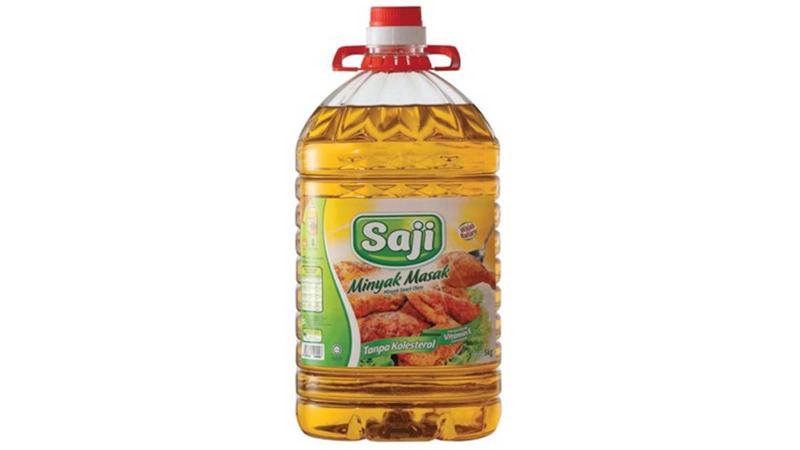 How does waste cooking oil come into the picture all of a sudden?

If you don’t know this yet, waste cooking can be a substitute for diesel fuel. This is also nothing new. Vegetable oil and its waste have been used in diesel engines for quite some time now. In fact, the first diesel engine by Rudolf Diesel in the 1890s ran on peanut oil. 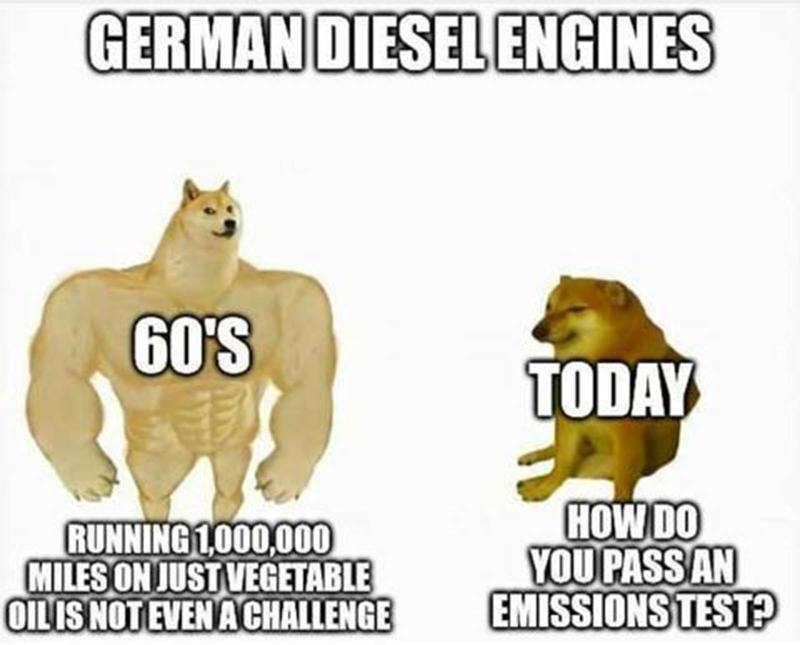 What we understand from the representatives is that waste cooking oil could be fed into diesel generators to produce electricity.

That electricity is then used to, guess what…. charge the car.

It might sound a bit silly at first, but utilising waste to produce energy is a legit way of making our lives more sustainable.

I’ll just have to point out here that using waste cooking oil to power diesel engines/generators is also nothing new.

The main concern when it comes to waste fuel is the fuel feedstock and a harmonious supply chain. Those matters should be the focus of the innovation. If this is the direction that SCS is heading into, perhaps there is somewhat of a North Star here.

Making good use of waste cooking oil is also nothing new. McDonalds converts waste into energy for transportation (minus the electricity bit). You've probablly seen one of these trucks driving around town. 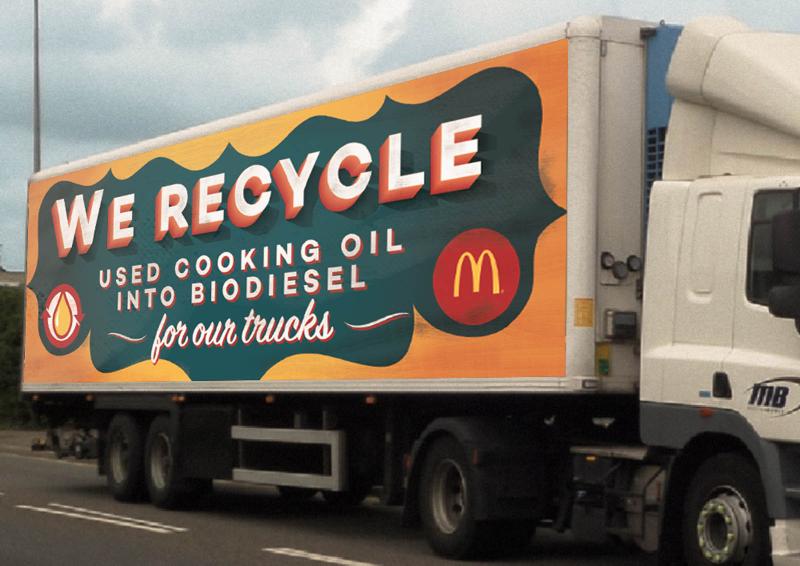 Besides McDonalds using its own waste cooking oil, Mazda is utilising some sort of microalgae biodiesel in collaboration with industry partners that include Family Mart. The point is, utilising an alternative fuel is better off started within a closed ecosystem.

There is some serious potential here.

The MyKar prototype is a good effort by our fellow Malaysians. We were expecting some more innovations in terms of autonomous driving, battery cooling, and battery management system. Perhaps we’ll see more developments by the homegrown company as time goes by. If the direction is going to towards the production of energy from waste materials, SCS might just be on its way to something bigger.