Home > News > Timeless, beautiful, desirable. The Mercedes 190E is all of these things to me

Timeless, beautiful, desirable. The Mercedes 190E is all of these things to me 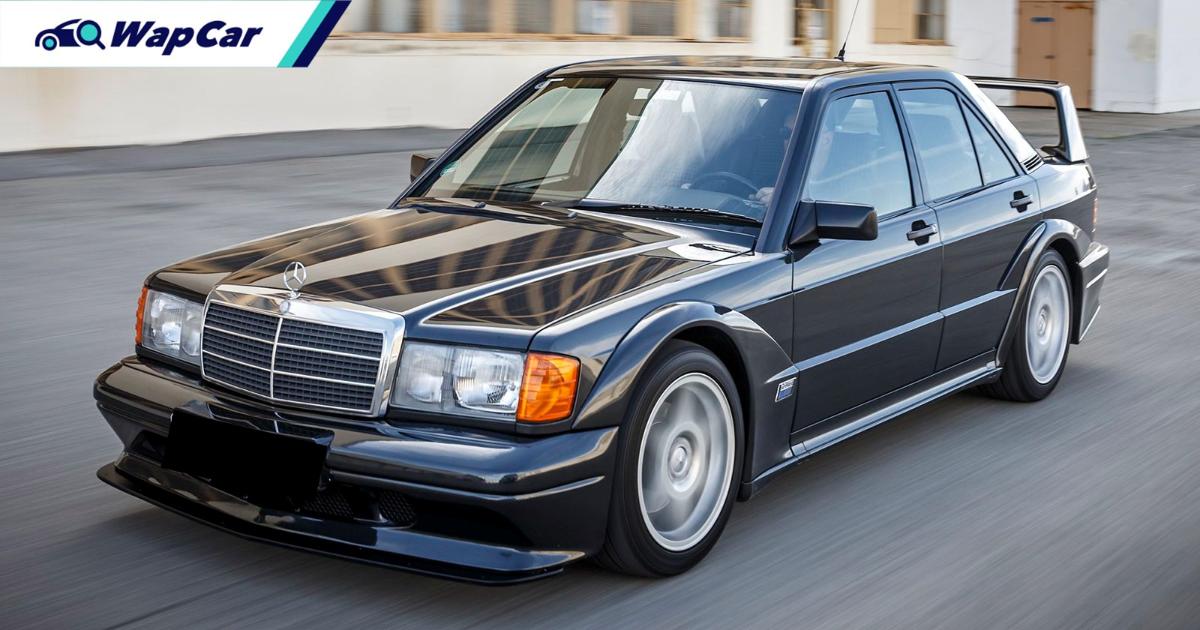 I count myself as quite a lucky lad growing up. See, while my folks didn't have many exotics (nor were they 'car' people), they had pretty sensible taste in cars. As a kid, I had the privilege of growing up around two of the best Mercedes-Benz sedans of an era, the W201 190E and the W124 260E (which you can read about here). 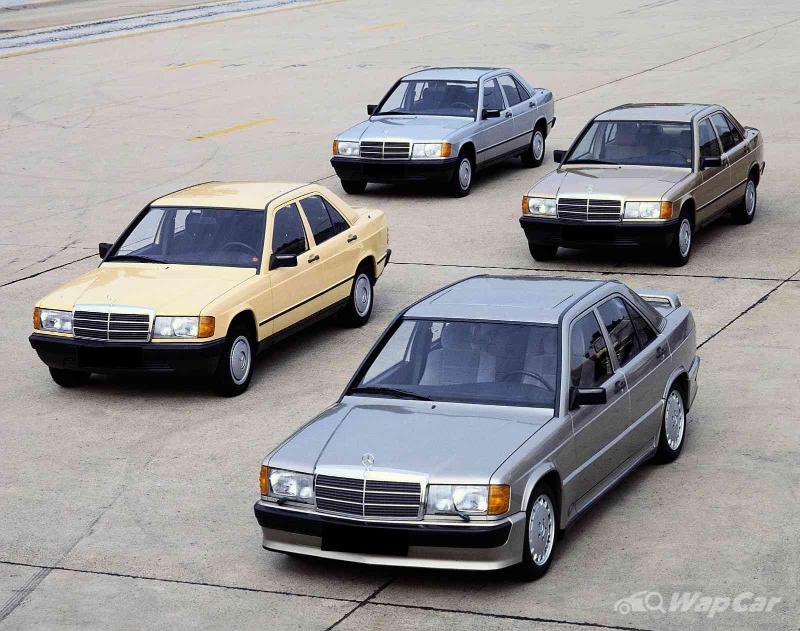 You see, for someone who loves cars, living through the late 1980s to 1990s was as good as it got. This was an era where many carmakers didn't think twice about giving us sports and performance cars. And boy was it a great time. 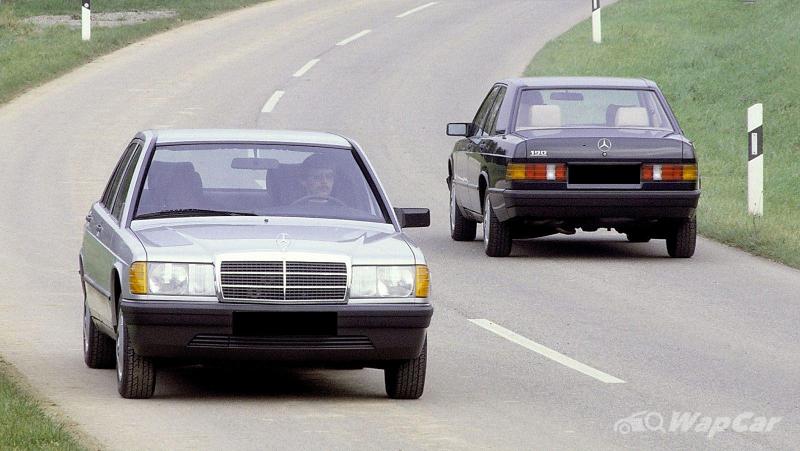 The 190E ended up becoming my first car, and while it wasn't in the greatest shape by then (well, it was a 17 year-old car when it came round to being 'mine'), what a first car it was. Most of my mechanical knowledge on how cars work were derived from this car, as it did break down every now and then.

Despite that, I loved the car to death. The flaky, peeling paint, the non-working speedometer, the lorry-sized steering wheel, and the leaky sunroof. Why did I adore the car so much? Well, who really knows? But here are some reasons to make sense of it all. 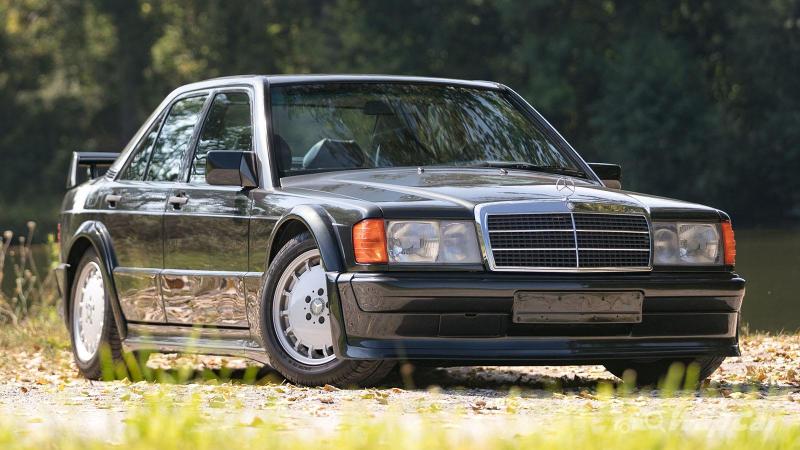 They are pretty rare sights today, but anytime one comes across a 190E, you can't help but turn and admire the old girl. I mean, just marvel at how timeless the car looks. There is not a bad angle on this car. Sure, it probably isn't God's greatest gift to aerodynamics (or, maybe it is, we'll get to that later), but boy was it attractive.

Bruno Sacco's pensmanship gave the 190E bang-on proportions. Seeing that it was Mercedes' first foray into compact sports sedans, this was remarkable. Starting with the classic long snout, short rump recipe, Sacco sprinkled his magic dust on the rest of the car, giving it a classy yet sporty physique that is unmistakably Mercedes. 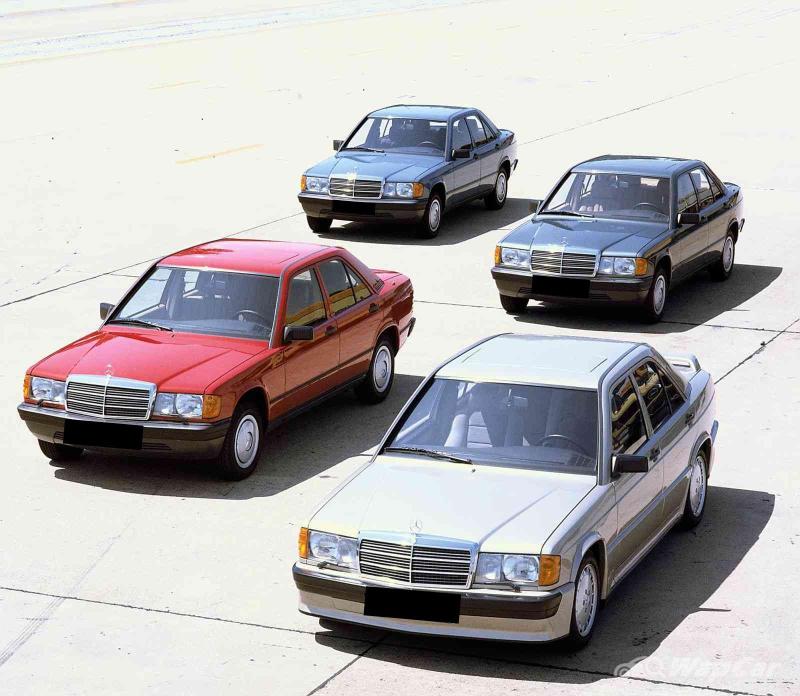 Even in its standard form, the 190E looked athletic and properly lithe. In fact, to my eyes, it looks better than its nemesis, the E30 BMW 3 Series (there, I said it). Of course, that didn't stop Mercedes from injecting more excitement into the 190E, and thus, the 16-valve (fondly known as Cosworth or 16V) and latterly, the Evolution models were born.

Sportiness? While the 16V models received a subtle dose of aggresion, the 190E Evolution II was so in-your-face that it made children cry when they saw one. When the Evolution II was unveiled, BMW’s then head of research and development, Wolfgang Reitzle, said, "The laws of aerodynamics must be different between Munich and Stuttgart. If that rear wing works, we’ll have to redesign our wind tunnel." Well, apparently they did. God's gift to aerodynamics indeed.

Mechanically ahead of the game

So, why was the 190E so competitive in motorsports? As with the W124 E-Class, the W201 190E was ahead of its time in terms of mechanical bits, This was evident in the suspension and also the powertrain. That gave it a very sound base for motorsports application.

Regardless of which variant, the 190E came with a sophisticated five-link rear suspension. Let's not forget, this is the early 1980s. This blessed the 190E with superb ride and handling. I didn't know it at the time (being young and impressionable), but the 190E really did have brilliant driving dynamics.

The gems however, were the 16V Cosworth and Evolution models, which took eveything great about the regular 190E and amplified it. Upgraded engines (with Cosworth-designed cylinder heads), suspension, aerodynamics and transmission (featuring a dogleg manual - push left and down for 1st gear) resulted in highly desirable, sought-after performance models. 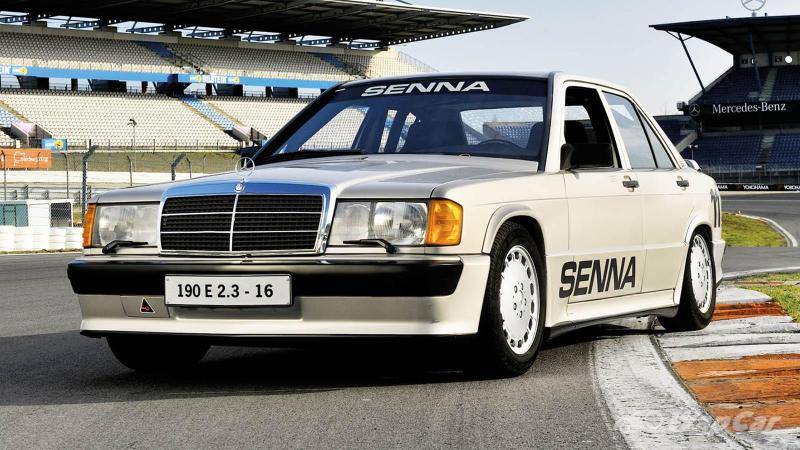 From the get go, the Cosworth-engineered 190Es were race-winning machines. A certain Ayrton Senna (who?) won the 1984 Nürburgring Race of Champions in a 190E 2.3-16. Success also followed the Evolution models in DTM (Deutsche Tourenwagen Masters, a racing series in Germany) culminating in the 1992 Driver's and Constructors Championship.

Wanna buy one? Of course you should! 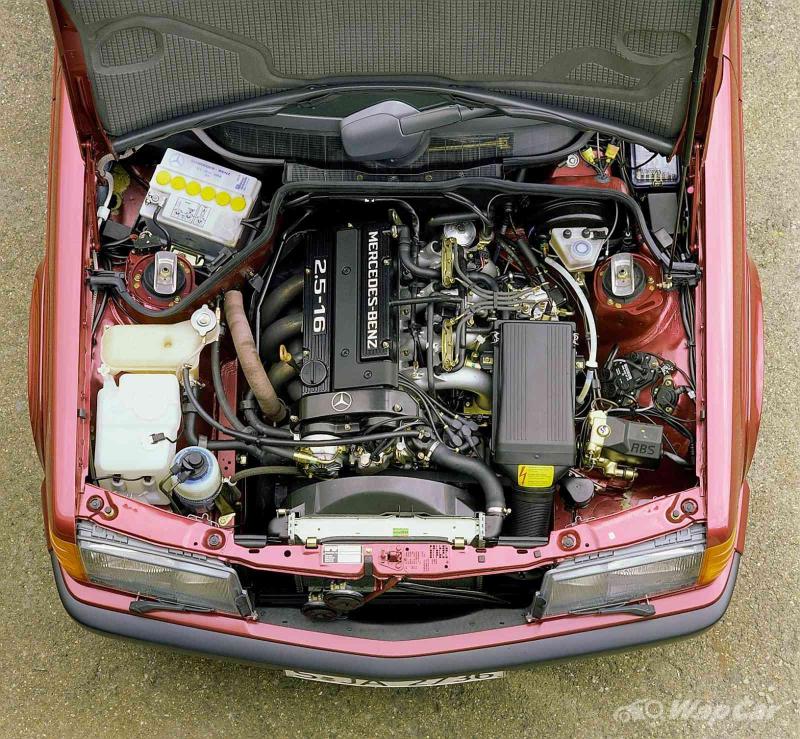 In Malaysia at least, Cosworth-engined 190Es are rare in the extreme. In my lifetime, I have seen only four or five roaming around in KL. Evolution models? Well, seeing that they were LHD only, these are even harder to come by. Any RHD 190E Evolution you see on the road are most likely to be  replicas. 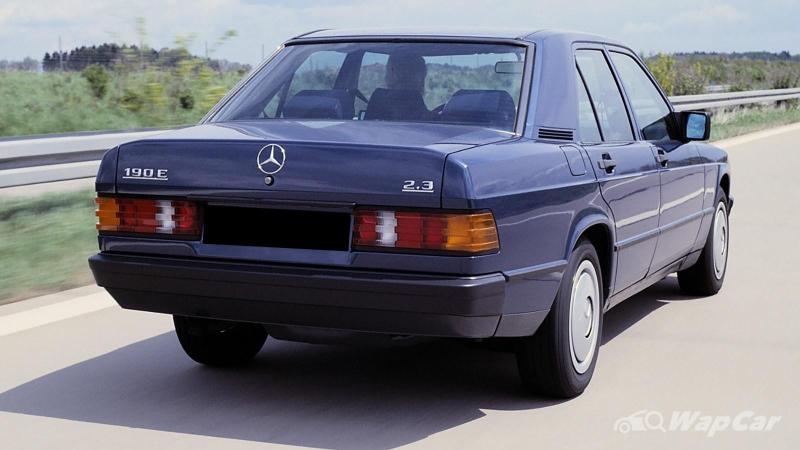 For the non-Cosworth 190E models, unlike the W124, the entire engine range consists of the M102 (4-cylinder) and M103 (6-cylinder) family, with 2 valves per cylinder. Speaking again to Mercedes specialist, Jason (not me) from JW Performance, we find out what makes the 190E tick. 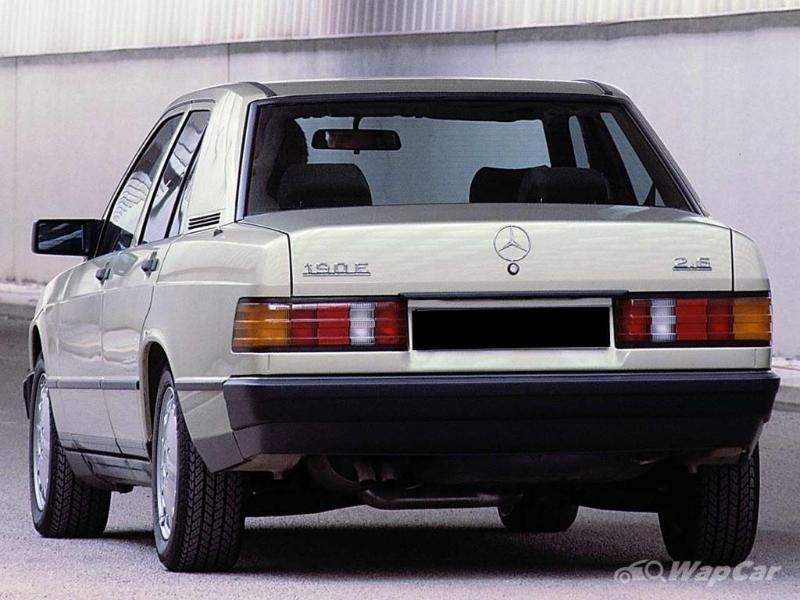 Mechanically, the engines and transmissions are similar to the ones in the W124 E-Class. As such, they generally last very long. What is worth attention in the engine department is the fuel delivery accumulator (RM 900) and divider (RM 1,600). Once it fails, the car would be difficult to start the engine.

The rear differential is also another point of concern with these cars. Worn differentials will cause excessive noise and vibrations. A replacement will cost around RM 1,000.

As with cars of this vintage, a suspension refresh is also something mandatory. If the previous owners have done so, then great. Otherwise, a full refresh can cost around RM 10,000, which includes absorbers, mounts, links and bushes.

Additionally, while you can still realistically find minters with great interiors, you'd most likely have to budget for a full refurbish inside. We're talking headliners, dashboard, seats, and door cards. Prepare to spend about RM 8,000. 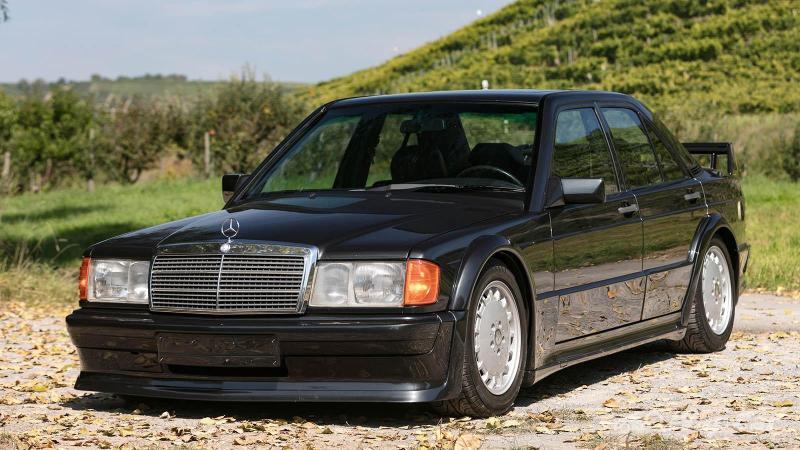 What would older, grown-up me do if a mint-condition 190E became available for sale? I'd obviously jump at the chance. A Cosworth one? Take both my kidneys please. I actually did come across one recently, but the car was snapped up before I could even say MCO.

That tells you all you need to know about the appreciation of the Mercedes-Benz 190E today. Back in the day, people were falling over themselves fawning about the E30 BMW M3 (they still are). It was quite lonely to be a 190E fan in my early days. Now, many see the 190E for what is: a true connoisseur's sports sedan, refined and athletic in equal measure. Borne of motorsport, but bred by Mercedes-Benz.