Home > News > Top Rank: What are the safest cars according to ASEAN NCAP?

Top Rank: What are the safest cars according to ASEAN NCAP? 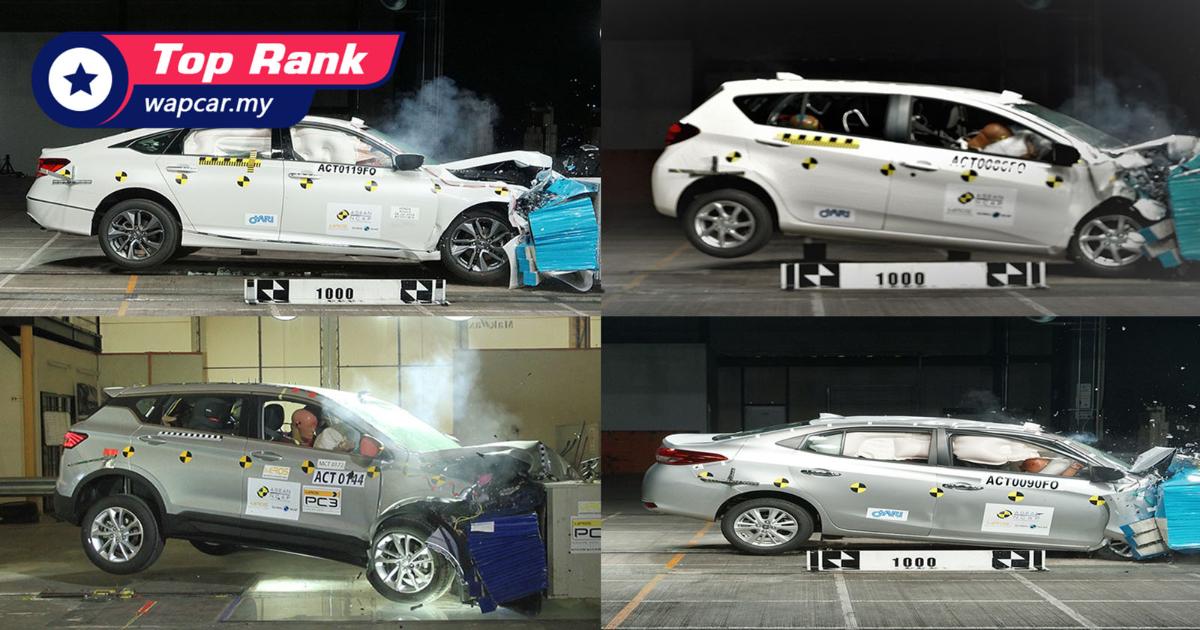 Ever since it published its first report in 2013, the ASEAN NCAP has been the voice of road safety in the South East Asian region. The number of cars that get the maximum 5-star rating is quite impressive.

Based on the latest 2017-20 scoring methodology, there have been 25 out of 37 vehicles that received the maximum 5-star rating. But out of these cars, which is the safest?

A little bit of background, prior to the 2017-2020 revision, the ratings mainly consisted of the adult occupant protection (AOP), the child occupant protection (COP), and a basic prerequisite for a 5-star rating which saw whether ESC and seatbelt reminders were offered or not.

However, with the promotion of safety assist technologies (SAT) which includes ADAS as one of the pillars in ASEAN NCAP’s latest road map, that has now been included in determining the ratings. 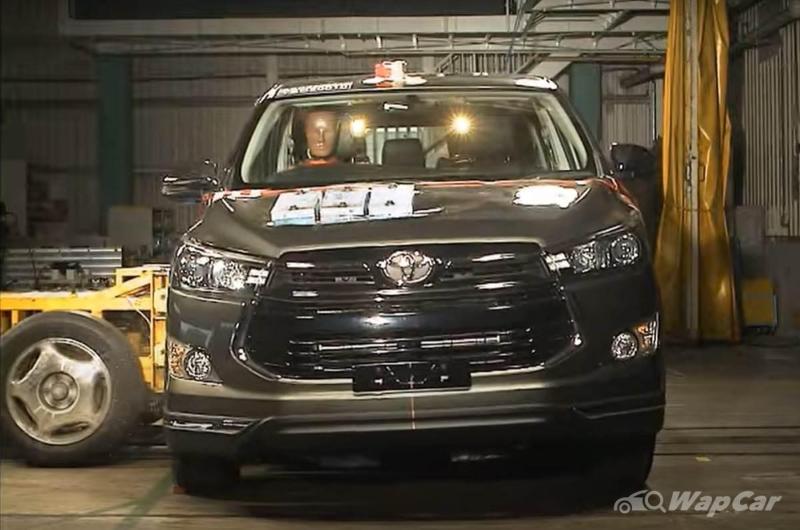 So, how safe is safe exactly? Here is the list of the 26 cars which received the 5-star rating ranked from the highest to the lowest points.

As you can see from the table, the top 5 cars receive an overall score that is higher than 91 points. Let’s give a short breakdown of each of these 5 cars.

The Hyundai Ioniq which is also one of the most fuel-efficient new cars on sale in Malaysia is the safest car according to ASEAN NCAP. But if this were to be based on its AOP score alone, it might as well be a adequately safe car.

Based on their data, the compartment gave adequate protection to the front occupants with the driver most likely to receive most of the brunt. Still, it does come equipped with abundant safety features such as AEB, LDW, FCW, and LKA which helps to give it an impressive score based on the SAT.

You could mock the Accord for having those weird stapler-shaped tail lamps but there’s no denying that it is one of the safest cars out there. Its ADAS safety features are available in all South East Asian markets apart from Laos and Vietnam.

Compared to the Ioniq, the Accord also offers better protection for the front occupants with data showing both dummies’ lower legs having adequate protection.

Not far behind is the Honda Accord’s arch-nemesis, the Toyota Camry. According to ASEAN NCAP’s report, the Camry offers good protection overall for the front occupants but just like the Accord, the lower legs of the dummies show only adequate protection. 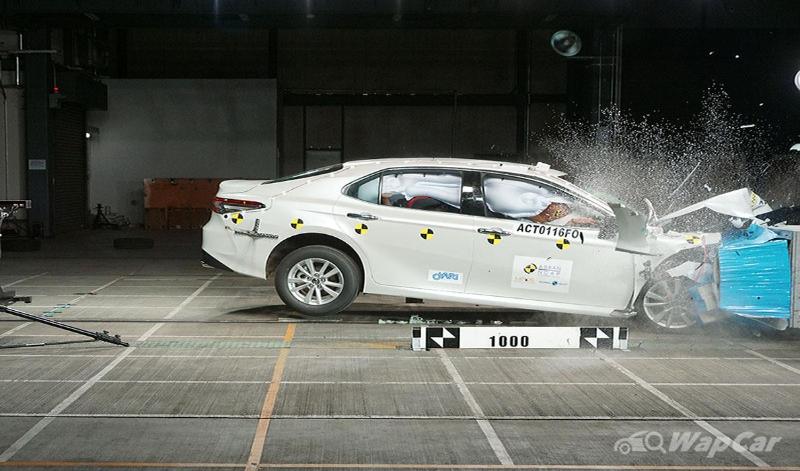 Where it loses points compared to the Accord is in the COP scoring. Based on the report, the Camry failed the child restraint system (CRS) installation assessment on the centre second-row seats for the forward-facing Combi Malgot and Combi Buon Junior seats. Overall, this was a minor setback on the Camry’s assessment.

Ah yes, the Mitsubishi Eclipse Cross. A crossover SUV with so much backlash when the name was announced, but here it is as the safest crossover according to ASEAN NCAP.

And one that isn’t available here. The Eclipse Cross tested is only available in 3 markets in South East Asia which are Singapore, Indonesia, and Brunei. The report shows the frontal occupants getting good protection overall apart from the driver’s chest.

Scoring the highest points for AOP is the B-segment crossover that could be seeing an exit from the market soon. The C-HR received 49.72 points out of 50 which is easily the best out of all the vehicles tested. 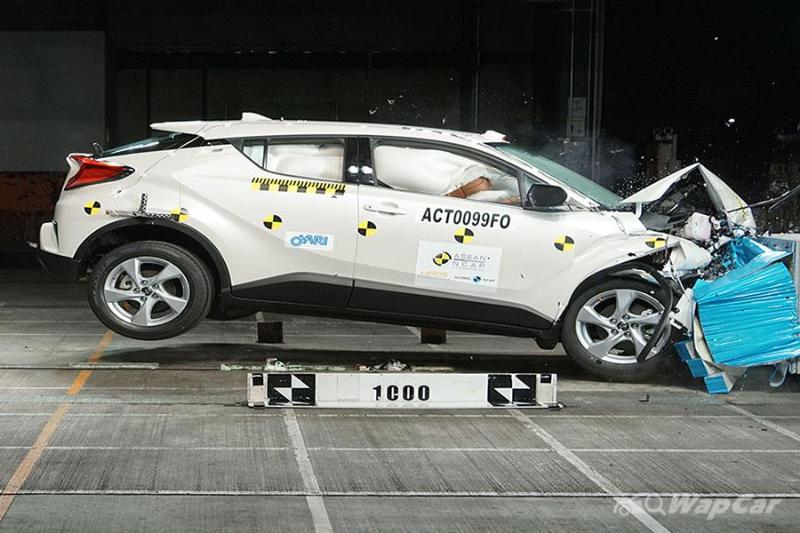 That being said, it isn’t entirely perfect with their data showing the driver’s chest getting adequate protection during impact. AEB, LDW, FCW, and LKA are available for the Singaporean and Thai markets which helped to give it an impressive score in the SAT. 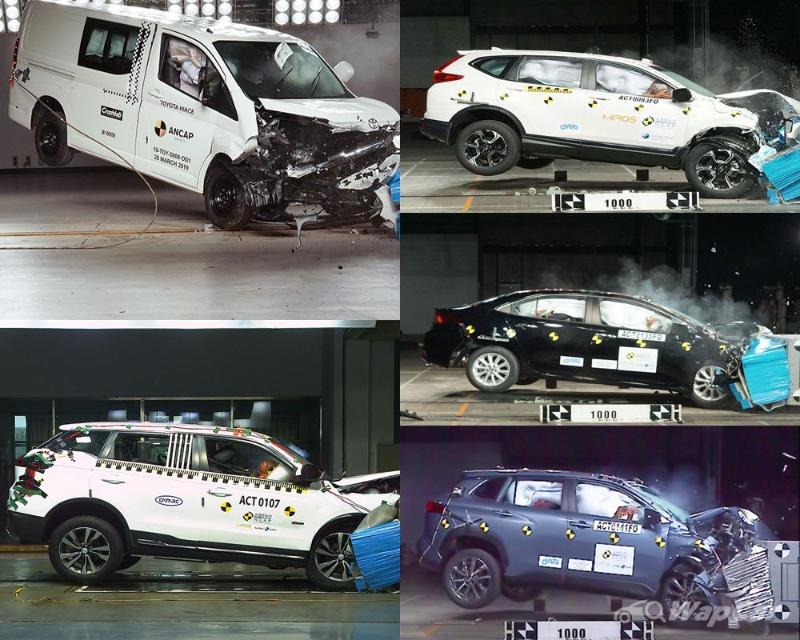 Rounding up the remainder of the top 10 are the Toyota Majesty/Granvia, Proton X70, Honda CR-V, Toyota Corolla Altis, and Toyota Corolla Cross respectively. 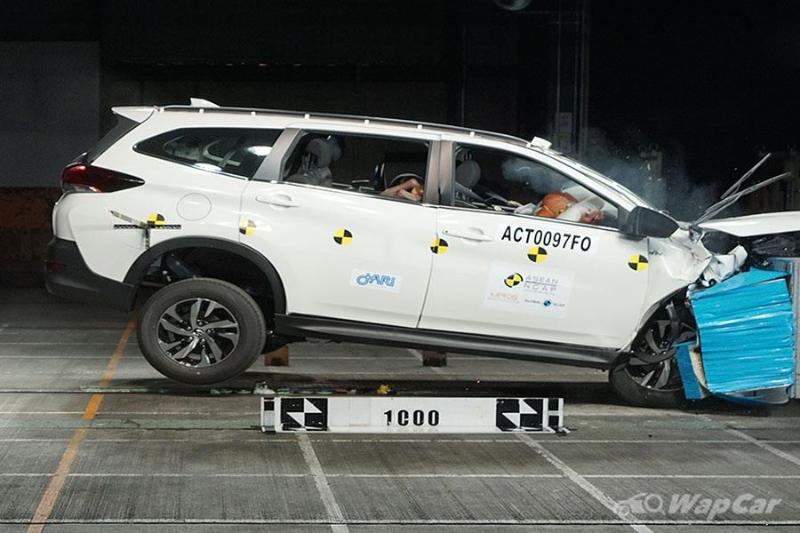 It is interesting to note a few things here. One is the Perodua Aruz having a better score than its twin, the Toyota Rush. This has been explained in more detail but it’s mostly down to the standard safety equipment offered as well as how many markets the vehicle is sold in.

The other interesting point is the Perodua Myvi’s very impressive score. It just edges out of the Top 10 but with 88.27 points obtained, it is the safest B-segment hatchback tested by ASEAN NCAP.

It not only beat its only B-segment rival which also scored a 5-star rating, the Toyota Yaris, by a huge margin, but it has also beaten bigger vehicles like the Toyota Innova, Isuzu D-Max, and the Nissan Terra. Yep, this also includes the Proton X50 despite it offering more advanced safety features. 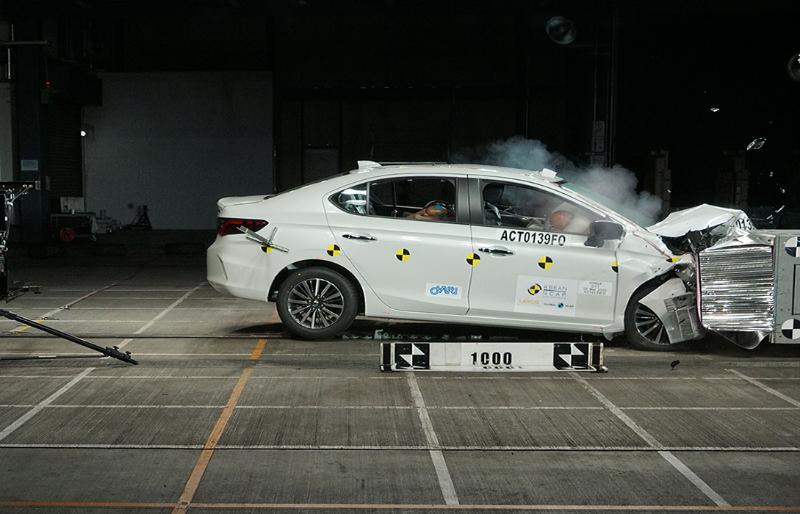 So, those are the safest cars according to ASEAN NCAP. It’s interesting to see the number of regular cars which are getting 5-star ratings given that they are also equipped with advanced safety features previously only seen in very expensive and prestigious brands.