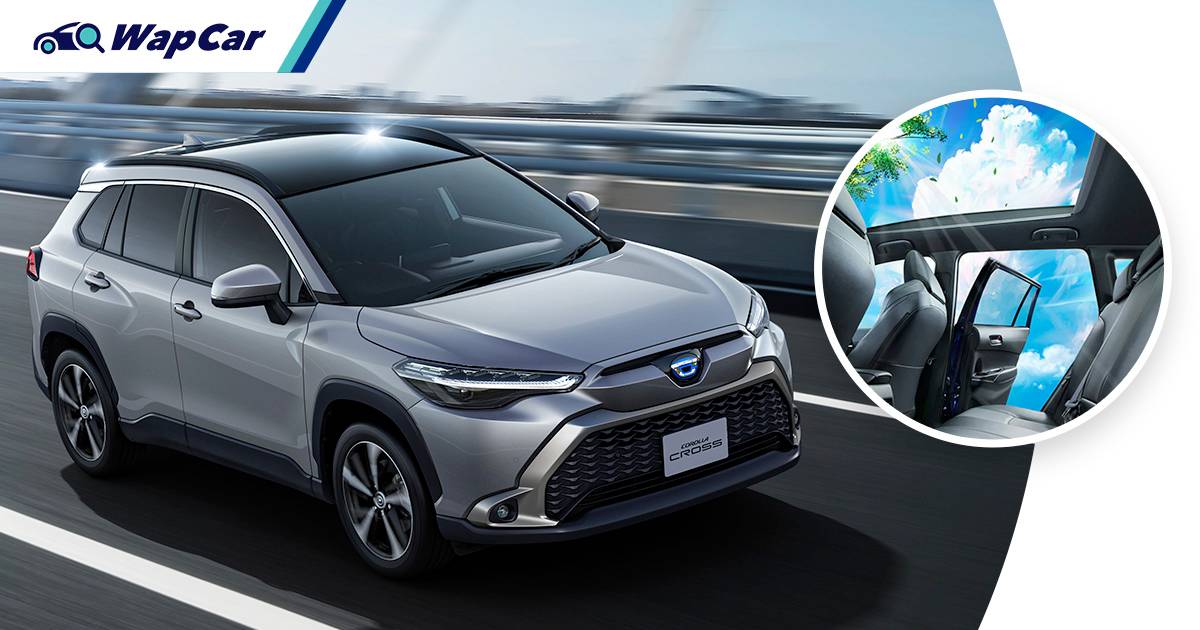 More than a year after its global debut in Thailand, the next stop on the Toyota Corolla Cross’ whirlwind tour is Japan. Unlike the rest of the world, the Japanese-spec Corolla Cross sports a different front fascia design. 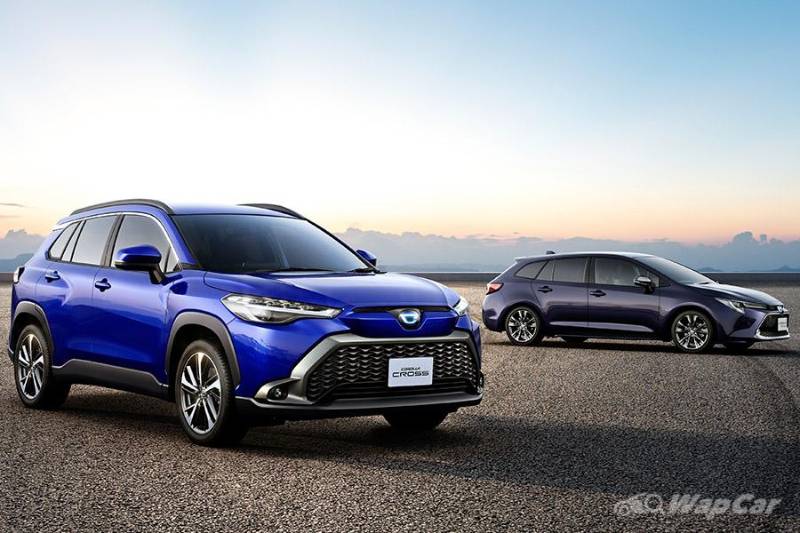 This sleeker and cleaner treatment puts it in line with the rest of the Corolla line-up in Japan. Instead of the ellipses Toyota logo, a large C is placed on the front so that people would recognise it as a Corolla.

The Japanese Corolla Cross is built at the Takaoka Plant in Japan. The plant is considered the birthplace of the Corolla when the first units were rolled off in 1966 and till this day, it builds the world’s best-selling car.

Some might prefer the looks of the Japanese-spec Corolla Cross but in terms of exterior design, that is about the only thing which is changed. Toyota calls this design “urban and active” with the “dynamism and sophistication of an SUV”. 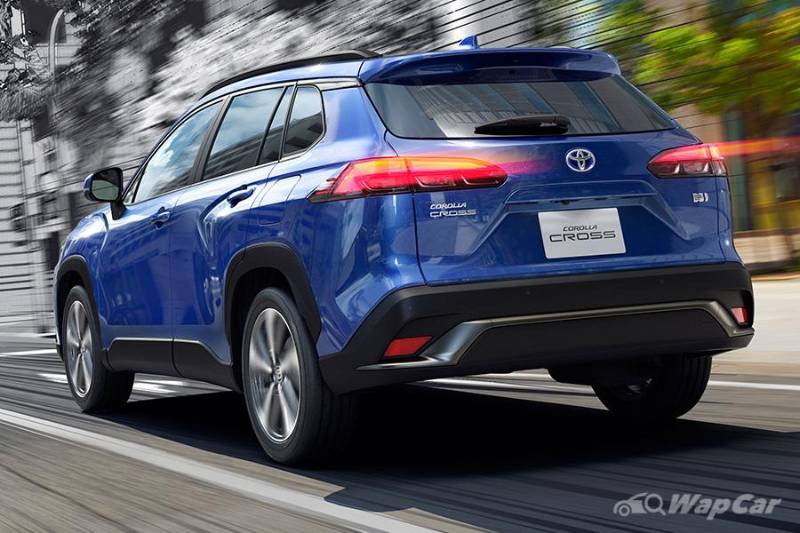 The rear and sides are similar to the Corolla Cross from the rest of the world with its SUV-like proportions and plastic cladding over the wheelarches and the rear bumper. The design makes it appear like a mini-Harrier with the redesigned front. 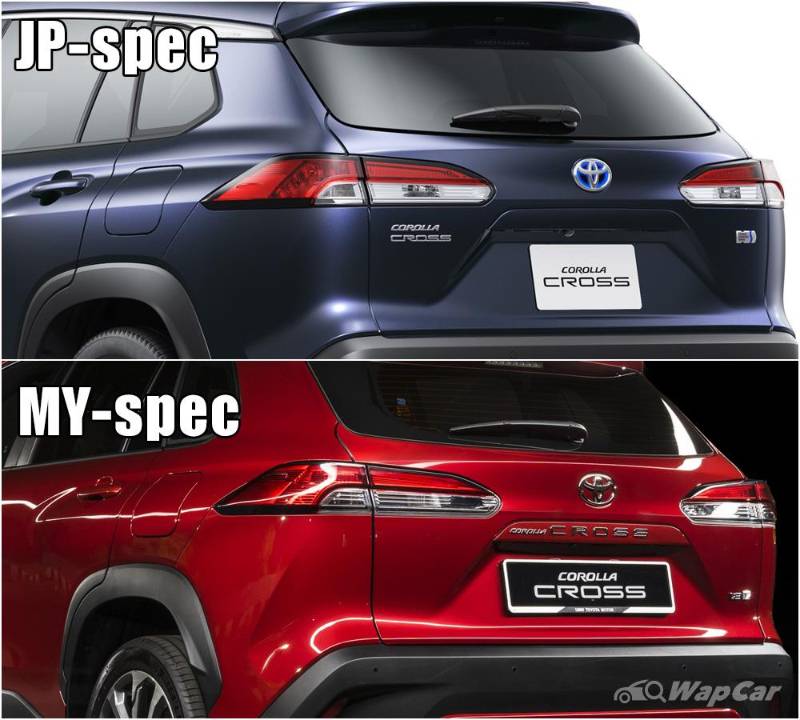 For those who felt uncomfortable with the awkward position of the Corolla Cross badge in our local-spec model, the Japanese-spec mirrors the position placed on the US-spec SUV – on the left side of the tailgate. 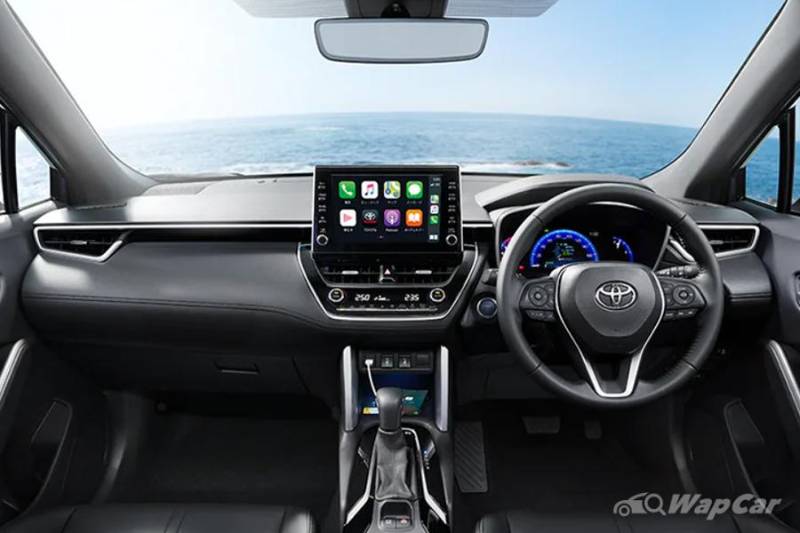 Inside, the Japanese Corolla Cross is, again, largely similar to the ones available in global markets with a few exceptions. Apart from the placement of the model’s name, the JP-spec Corolla Cross also uses an electronic parking brake (EPB) just like the US-spec model. 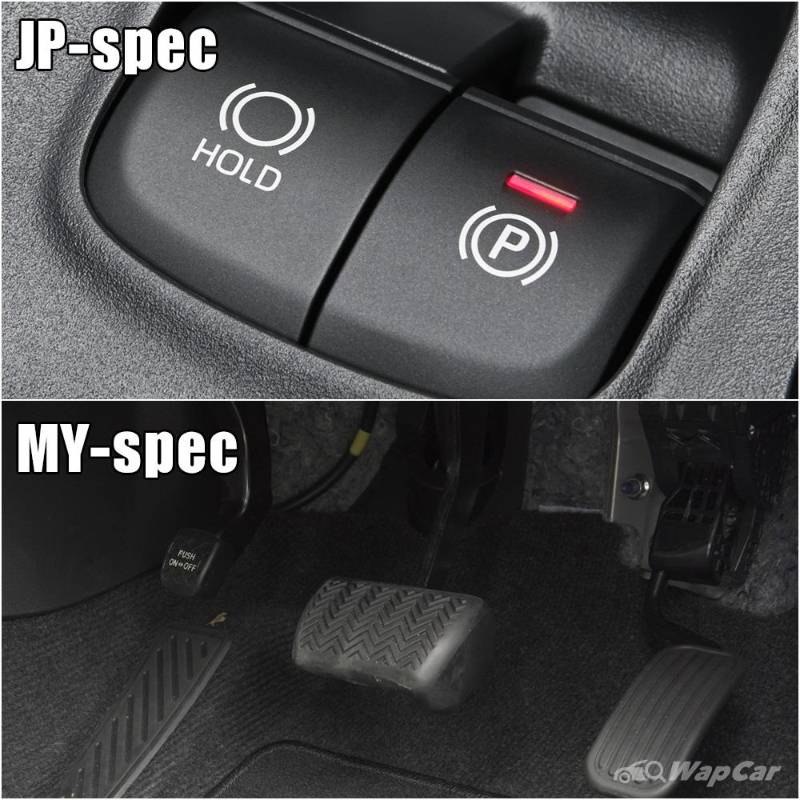 Recall that in other markets, including Malaysia, the Corolla Cross uses a foot-operated parking brake like an old Camry. 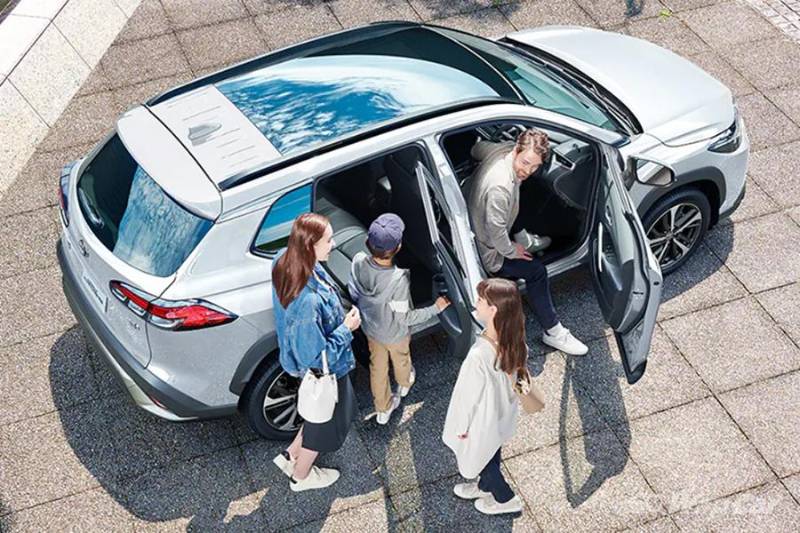 Also making its debut on the Corolla Cross is the panoramic sunroof which makes the already airy interior feel even more spacious. In some markets, the Corolla Cross features a sunroof – something not available on Malaysian-spec models. 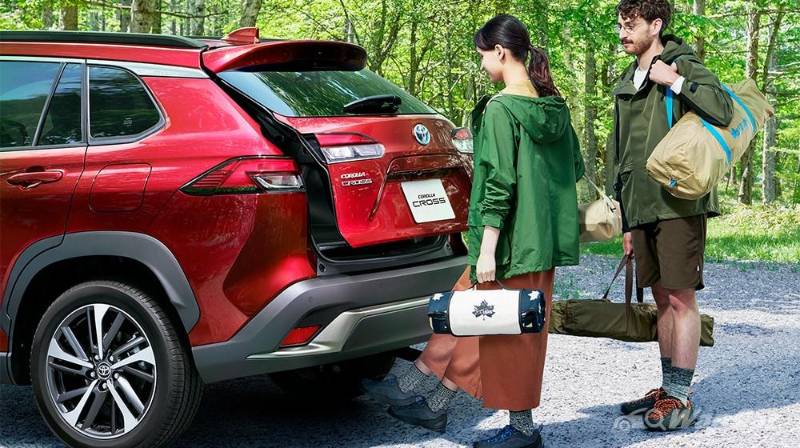 In terms of convenience, the Japanese-spec Corolla Cross also comes with a power tailgate with kick function, Android Auto and Apple CarPlay compatibility as well as keyless smart entry. These are features which are also available on the Malaysian-spec Corolla Cross. 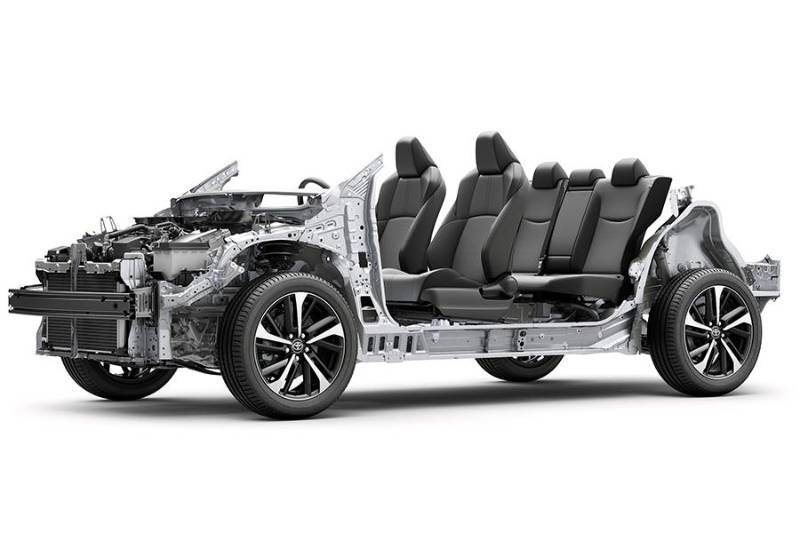 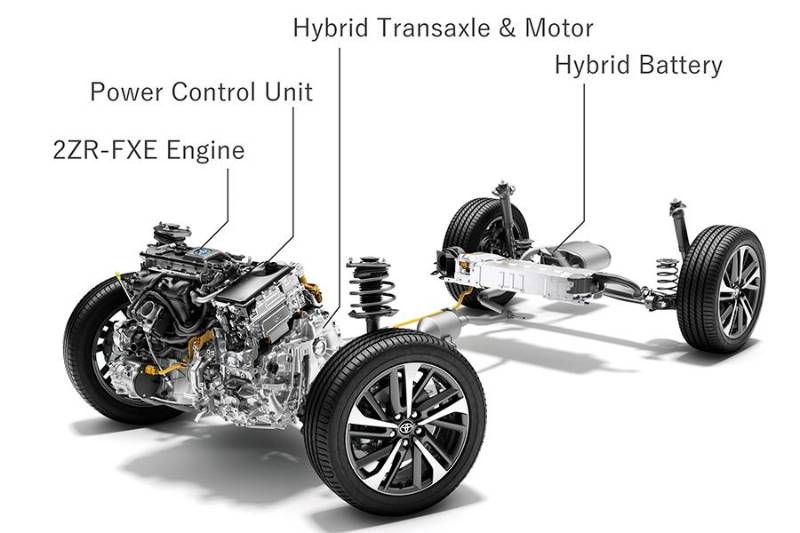 Besides, while all variants of the Corolla Cross come with front MacPherson struts, the rear suspension set-up is different depending on the drivetrain. Front-wheel-drive variants feature torsion beams in the rear while 4WD ones get a double wishbone setup.

Speaking of hybrids, there is a feature called Emergency Power Supply Mode and as straightforward as the name suggests, it’s a sort of emergency backup generator (AC 100V/1500W). During blackouts and other times of emergencies, this mode can be used to power small electrical appliances like electric kettles or hair dryers. 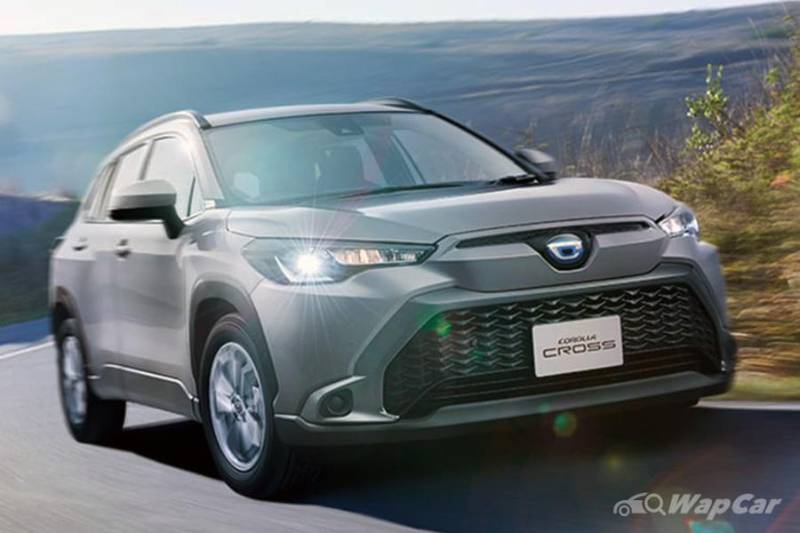