HomeNewsToyota, Netz, Corolla, and Toyopet - Why did Toyota once have 4 different dealers in Japan?

Toyota, Netz, Corolla, and Toyopet - Why did Toyota once have 4 different dealers in Japan? 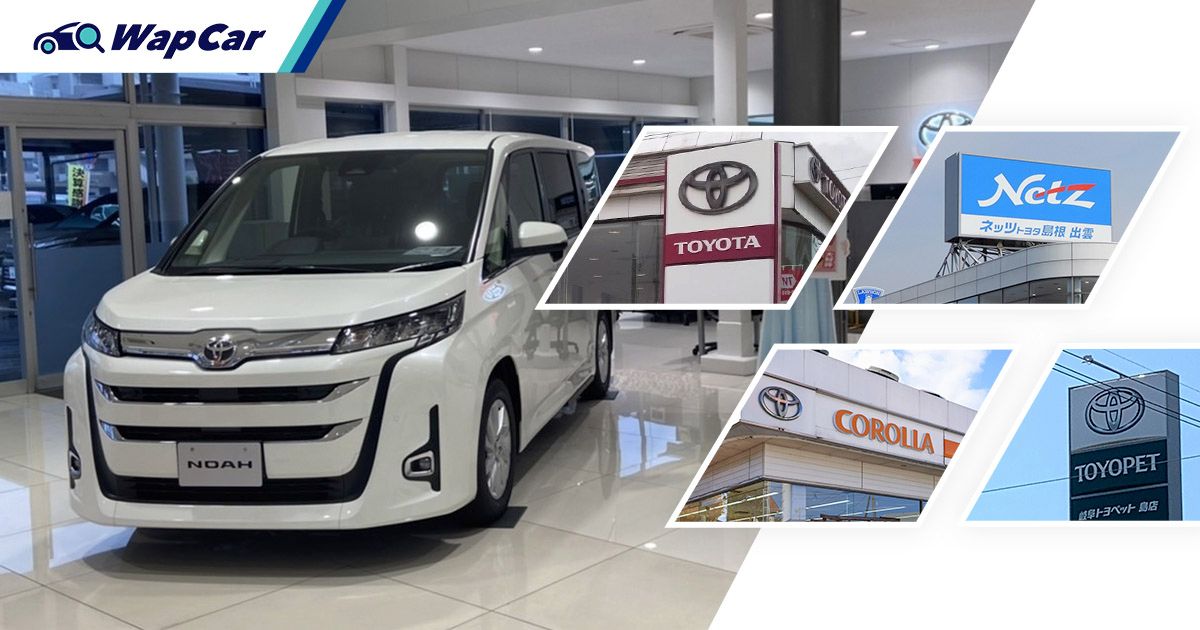 Recond Toyota models are immensely popular among Malaysians who want to get a model not offered officially here like say a Land Cruiser, a Vellfire with a V6, or a boxy but spacious Toyota Roomy. 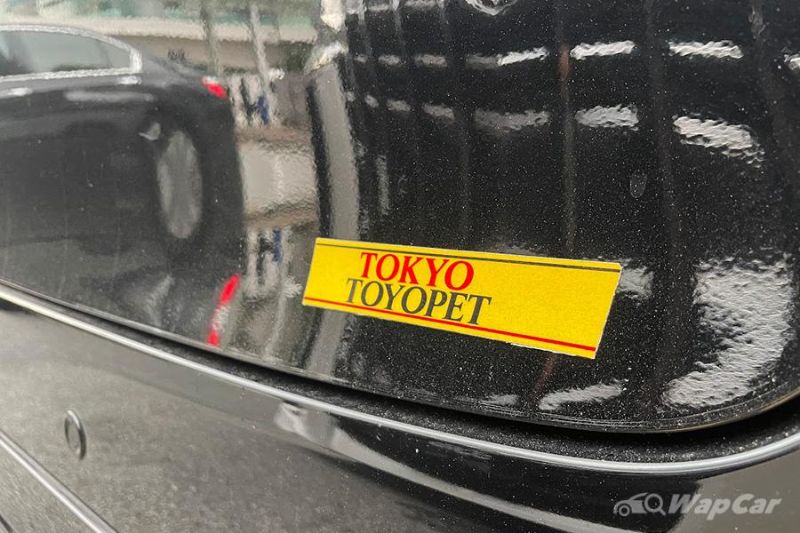 However, do you also notice some of these recond Japanese Toyotas have an interesting-looking sticker with either the words “Toyopet” or “Netz” plastered on the rear? If you’re wondering what they mean, they’re essentially dealer stickers and Toyota used to have 4 dealer channels. 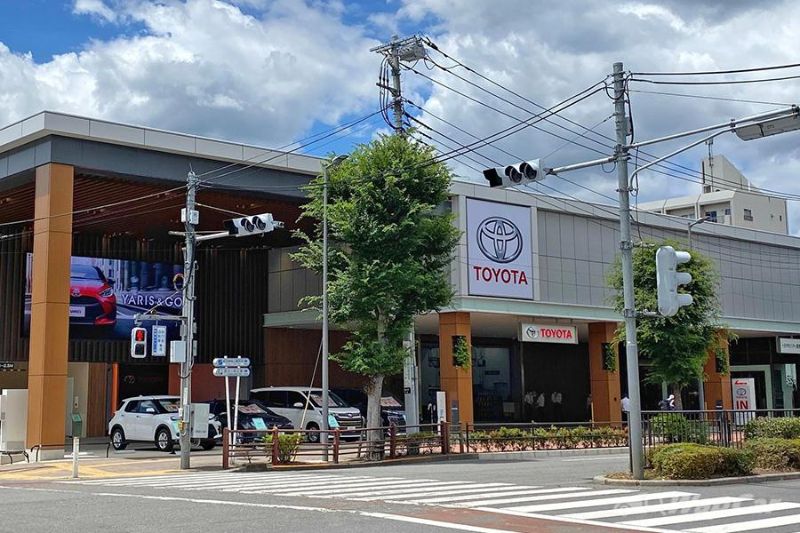 These 4 dealer networks – Toyota Store, Netz Store, Corolla Store, and Toyopet Store – are no longer a thing though as Toyota has unified all 4 sales channels into one since 2020 under the Toyota Mobility Store branding.

Also read: Rumour: Toyota Vellfire to be killed off in 2022, merge with Alphard 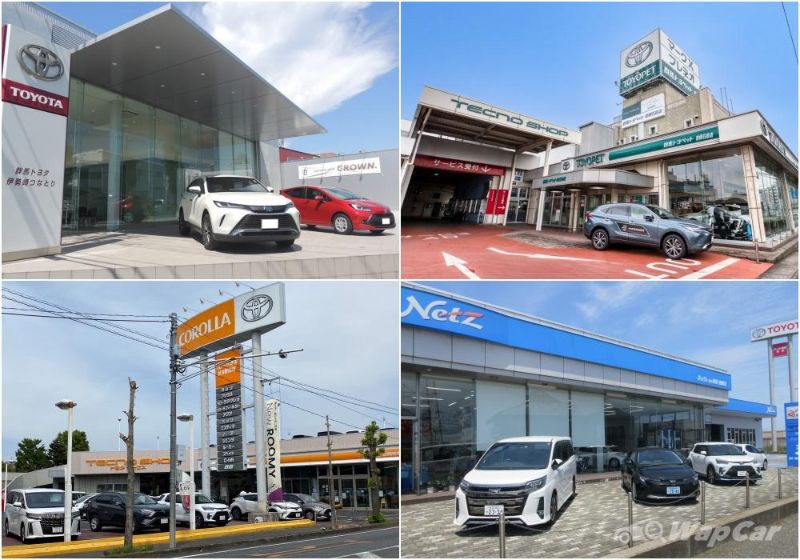 So, before you start peeling that Osaka Toyopet or Chiba Netz sticker off your recond Toyota and start selling them online as “vintage”, let’s look at the history of how and why these 4 separate networks begin in the first place.

Also read: What is Yanase and why is this sticker often seen on recond cars?

Following the end of World War II, Japan’s economy was largely controlled by the United States and the Allied Forces including the automotive industry. With Japan being in a rebuilding phase, automobiles weren’t seen as much of a priority among most of its people.

Prior to the war, Toyota would set up its own vehicle financing company to offer loans, but this was redundant in post-WWII Japan with automotive sales and production being rationed. In 1950, Toyota Motor Sales Co., Ltd. would be established and took charge of all 47 Toyota vehicle dealers in Japan.

Eventually, the Allied Forces would let Japan run on its own which saw the country’s economy grow exponentially. With a growing middle class, Toyota would begin to tap into this market by offering its first mass-produced passenger car, the Crown in 1955.

Things seemed straightforward until the first Corona was launched in 1957. During that period, Japan saw a tremendous shift in the automotive market with trucks reportedly outselling passenger cars.

Toyota noticed this trend and decided to introduce a separate dealer network that would handle sales of its commercial vehicles and the newly-introduced Corona called Toyopet. Eventually, Toyota would set up another dealer network that solely focused on its commercial vehicle division called Toyota Diesel which would later offer diesel-powered passenger cars.

With the Japanese more eager to own a car of their own, Toyota would launch the Publica in 1961 which was also Japan’s first national car. As this was intended to be the average Japanese’s first car, Toyota would set up another dealer network that would specialise in offering the Publica. 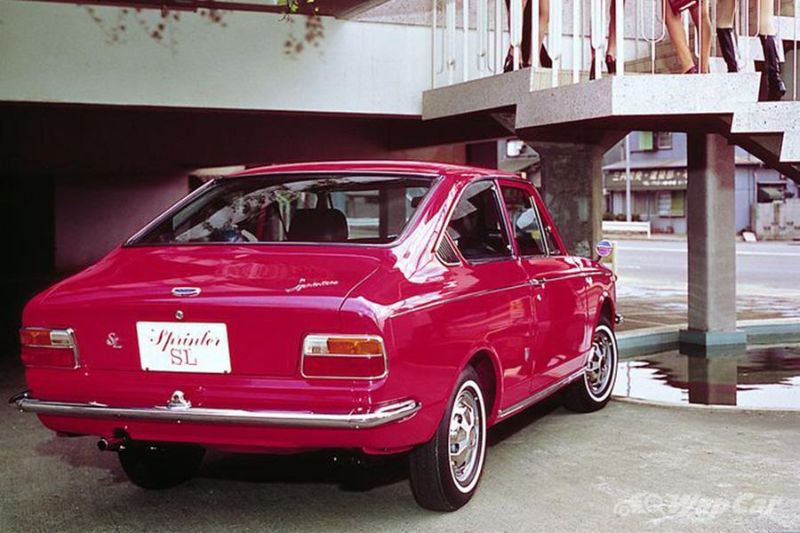 Then in 1967, with the introduction of the Toyota Sprinter, another Toyota sales channel was established called the Toyota Auto Store. Here, the sportier twin of the Corolla is offered along with other specialised Toyota models including the likes of the Chaser, MR2, and the RAV4.

In 1980, Toyota would open the Vista Store and just like the Corolla Store, it was named after a model that’s exclusively sold there – the Toyota Vista. Like the Toyota Auto Store, it specialised in offering special and niche models like the Cresta, RegiusAce, and the WiLL sub-brand. 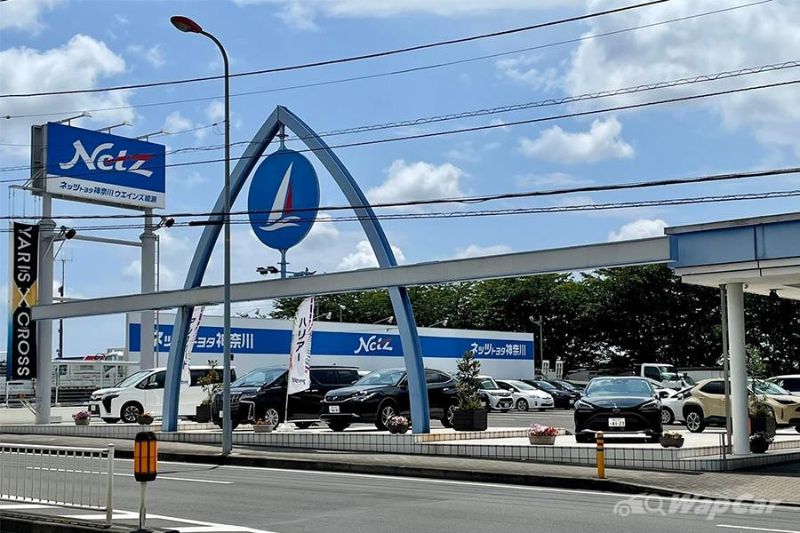 Then in 1998, the Netz Store was established to replace the Toyota Auto Store. It would eventually merge with the Vista Store and offered more youth-oriented models like the iQ, and bB as well as familiar names like the Wish and Vellfire. 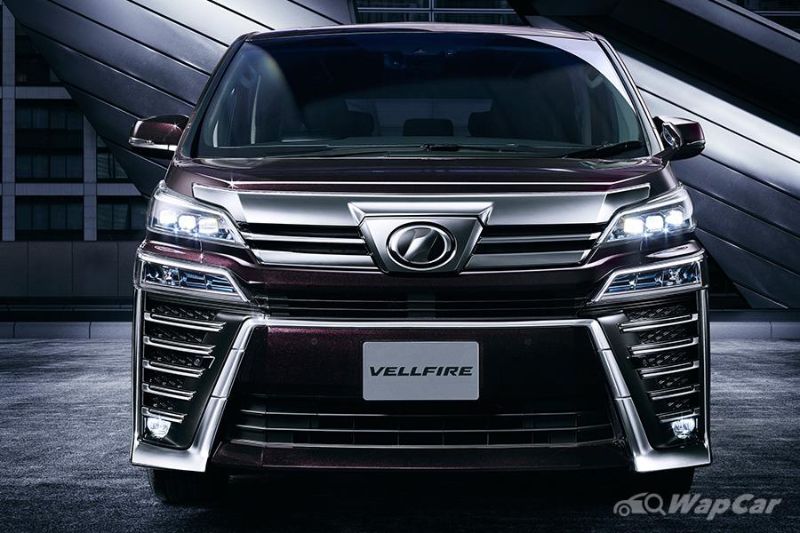 Unlike the other dealers, models sold at the Netz Store would bear its own emblem on the front grille which is reminiscent of Perodua’s own stylised P logo.

However, Toyota wasn’t alone in offering multiple dealer channels in Japan. Other brands like Nissan, Honda, and Mazda would offer different dealer networks to cater to different demographics but after the Japanese Bubble Era burst, they would merge all the sales channels into one.

Also read: 6 reasons why the Nissan Cefiro A31 is more than just an affordable drift machine 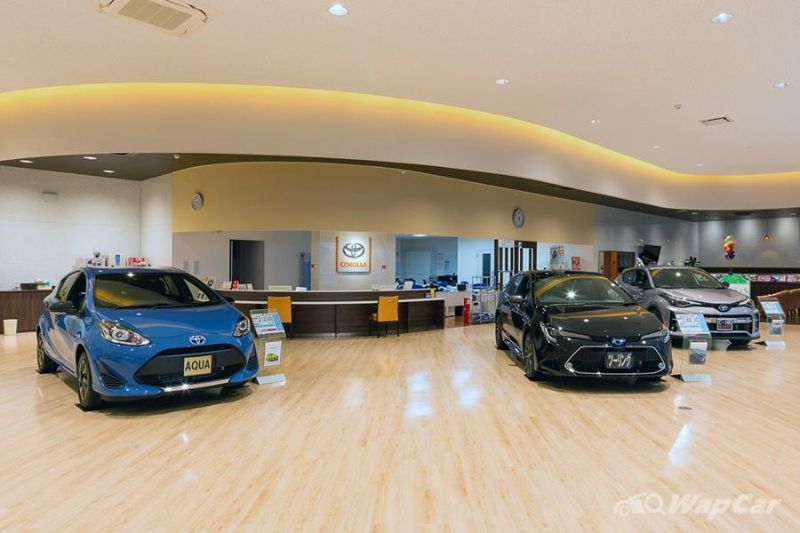 Except for Toyota which continues the segmentation tactic even as other carmakers wind down. The unique Japanese culture of dignity and self-respect is also reflected in purchasing a car with the same sales representative essentially going along that journey with the customer. 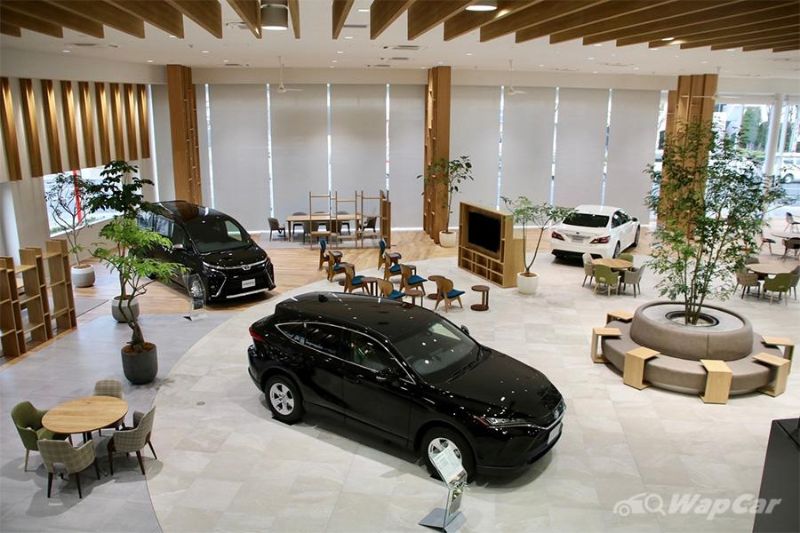 Toyota’s four distribution channels might seem confusing to buyers outside of Japan but the models offered by each of these dealers make sense depending on the target demographic. Toyota’s bottom-up approach in their vehicle development is also what made this successful even if rivals streamlined their separate dealer networks into one.

Unfortunately, that didn’t seem to last and eventually, some of these once dealer-exclusive Toyota models would be killed off. Toyota’s line-up at one point had around 50 different models on sale and while this might be favourable to those who wished for variety, it’s a bit too bloated even for a Japanese giant. 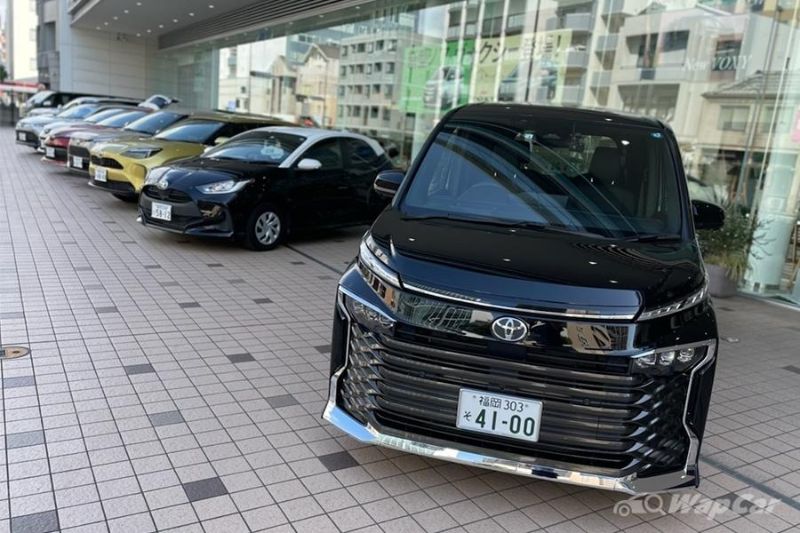 In 2019, much to the dismay of many of these dealer channels, Toyota announced that it would integrate all four channels into one called the Toyota Mobility Store. With that, the exclusivity of certain models was abolished and every dealer would offer the entire Toyota range.

Though some of these dealers still hold on to the unique colours of their respective sales channels, it would be time before all of them will have one unified Toyota branding like the rest of the world. Just like that, the four unique Toyota sales channels will disappear and eventually you might see some merchandise pop up as vintage nostalgia in Retro Havoc 2035.