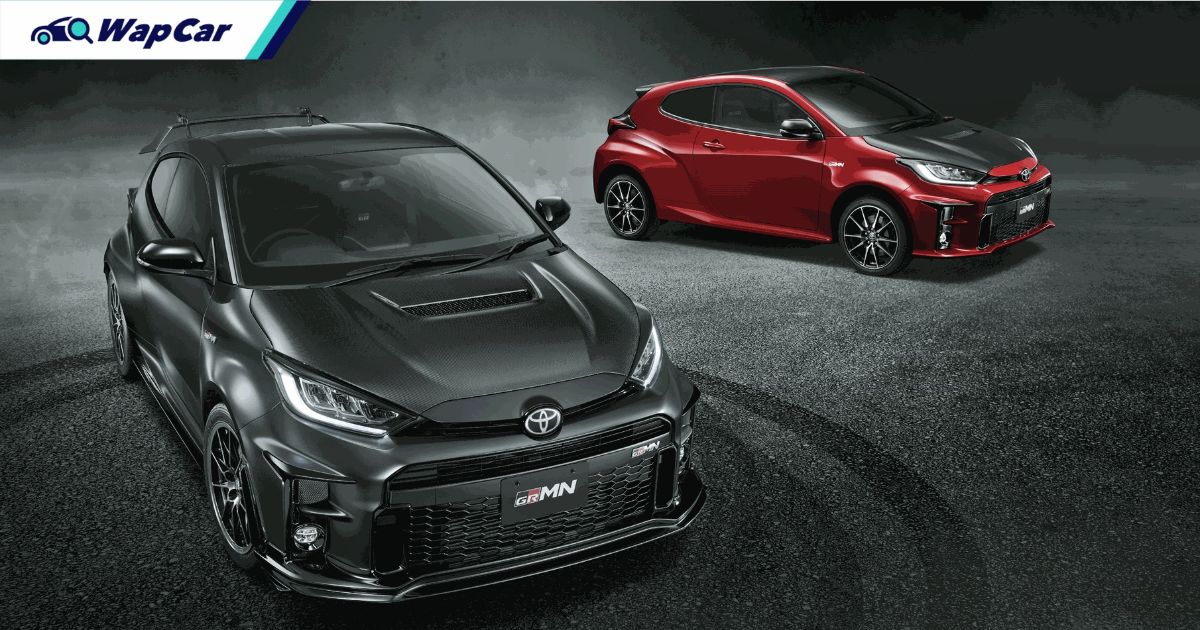 The Toyota GR Yaris is already a pretty manic little hot hatch but of course Toyota had to crank it up a notch or two and shift it closer towards the realm of a hyper hatch with the Toyota GRMN Yaris that it unveiled at the Tokyo Auto Salon 2022 today. 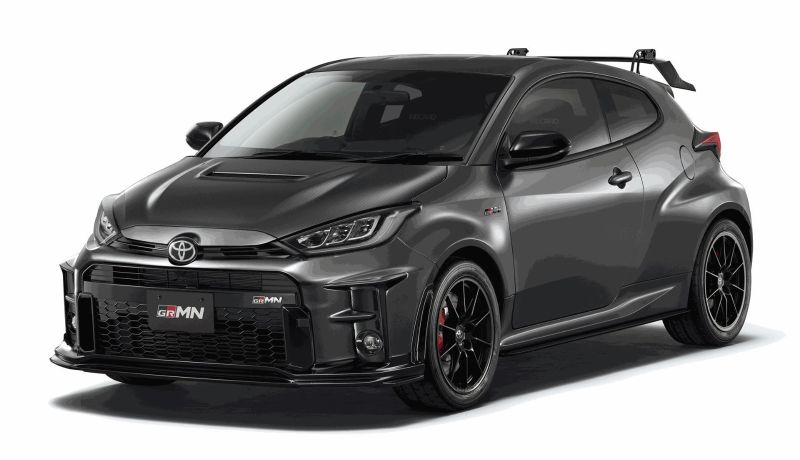 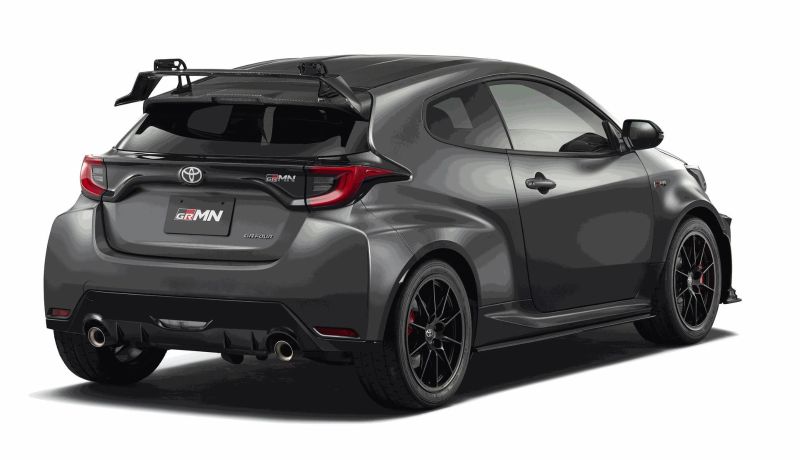 A large chunk of the “Meister of Nürburgring” comes from rigorous refinement courtesy of professional drivers that sharpen every edge of the GR Yaris. Since its launch in September 2020, the rally homologation special has been involved in various motorsports, such as the Super Taikyu Series where President Akio Toyoda got behind the wheel under his Mr. Morizo moniker and participated with Rookie Racing, and the Japanese Rally Championship, where it won the season championship. 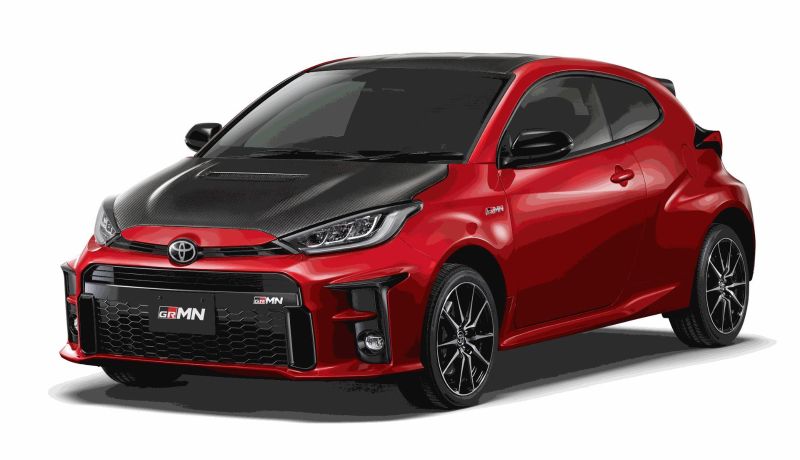 Spearheading the development of the GRMN Yaris begun with Toyoda’s desire to “deliver cars to customers that evolve quickly and can be tailored to individuals like in the field of motorsports.” 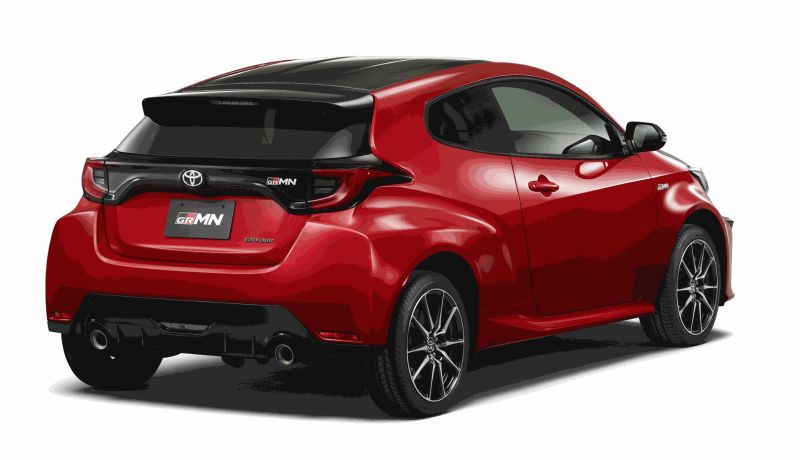 Apart from the customisation options that we’ll delve into further down, the GRMN Yaris itself benefits from motorsports input that sees body rigidity increased and vehicle width increased while weight and ride height decreased respectively. 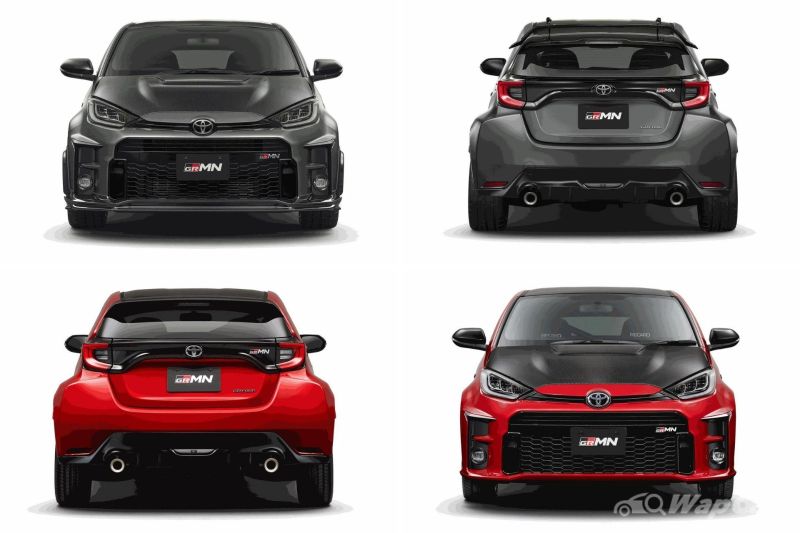 There’re an additional 545 spot welds together with extra structural adhesive. About 20 kg of poundage was shed mostly from the use of lightweight high-rigidity carbon for the hood, roof and rear spoiler as well as the deletion of the rear seats.

Also Read: The brilliant 2020 Toyota GR Yaris in Malaysia - not for those with outdated ideas of cars 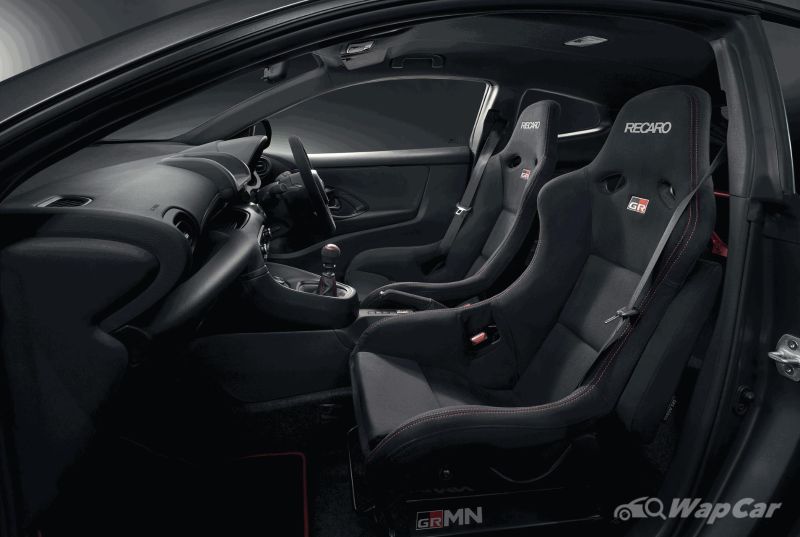 As for the extra girth of about 10 mm, Toyota says it contributes to aerodynamic improvement while the 10 mm drop in ride height lends towards a lower centre of gravity. 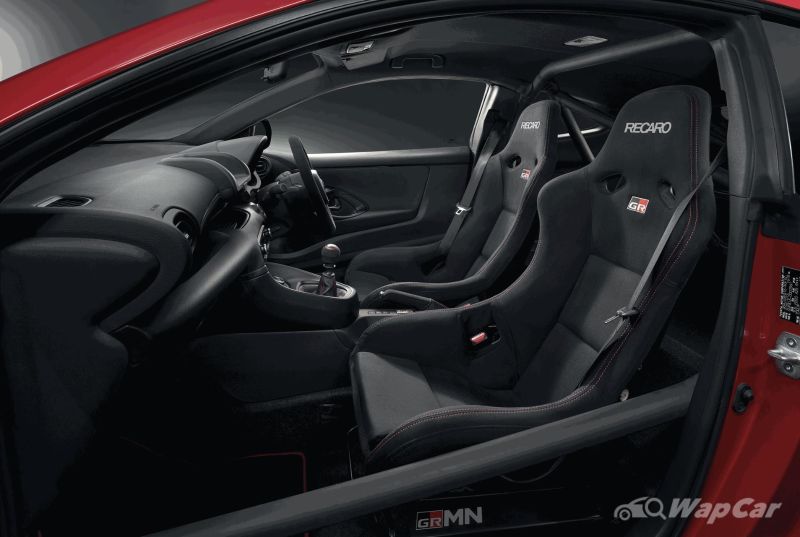 Not stopping there, the GRMN Yaris also gets a mechanical LSD, a close-ratio transmission and a low final gear set. All these were achieved; in Toyota’s words, via the tried and tested method of “Race it, break it, fix it, repeat.” 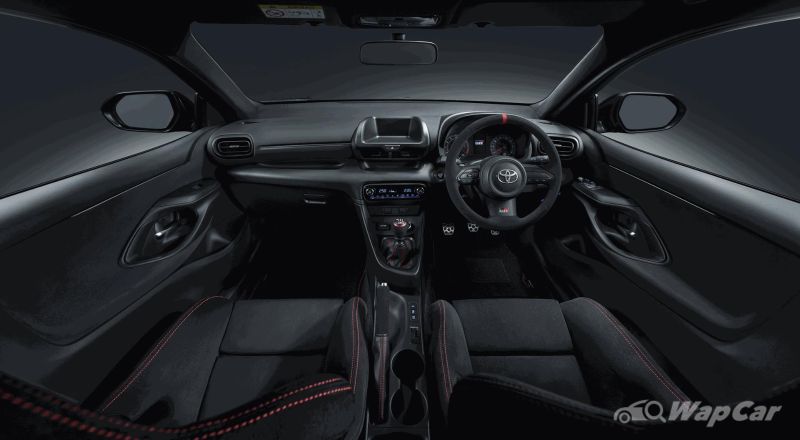 The close-ratio transmission and lower final gear hail from motorsports use. For gear ratios, close-ratio 1st to 4th gears makes efficient use of the engine power band. More importantly however, the gears themselves were formed from SNCM steel and shot peened to significantly improve shock strength and reduce metal fatigue. 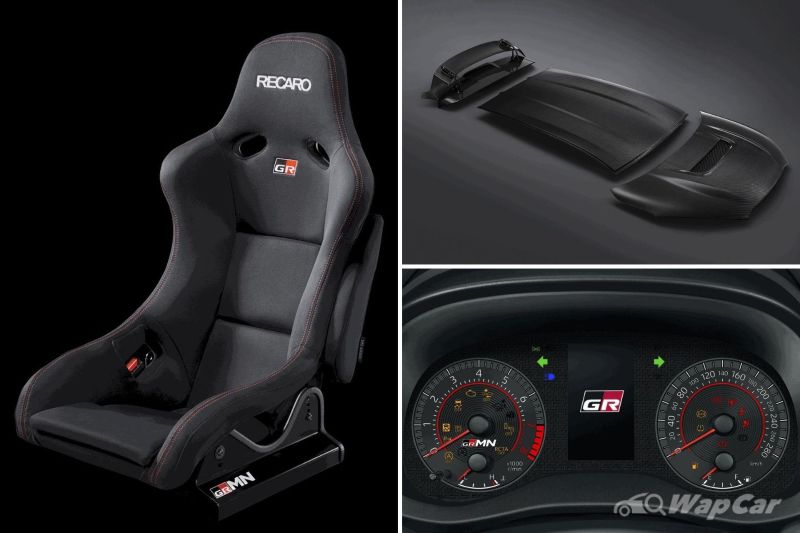 SNCM steel is a kind of refining steel and has the properties of high hardness and toughness that make it ideal for automobile parts requiring high durability. 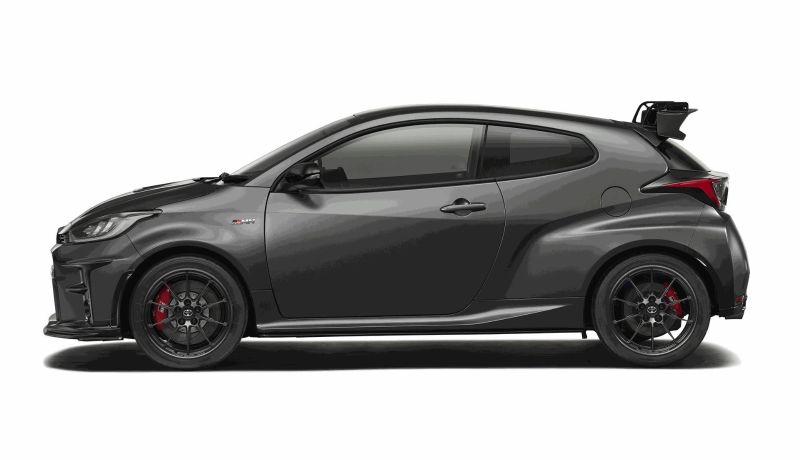 Furthermore, Toyota have added two programs for owners to personalise the GRMN Yaris to their driving preferences. The Update Program and Personalisation Program aim to provide customers with “cars that evolve quickly and can be tailored to individuals” just like in motorsports. 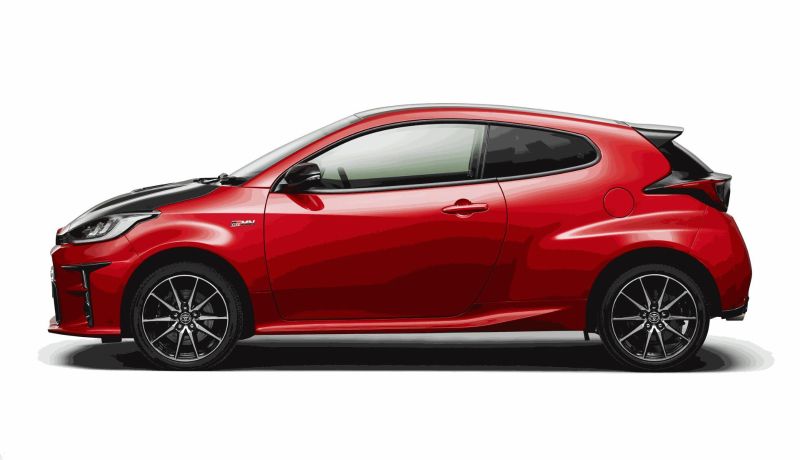 That’s not all. Toyota will be offering a special dealer-installed package; the Rally Package consisting of parts to enhance driving performance on all road surfaces that was developed with feedback from the All Japan Rally. 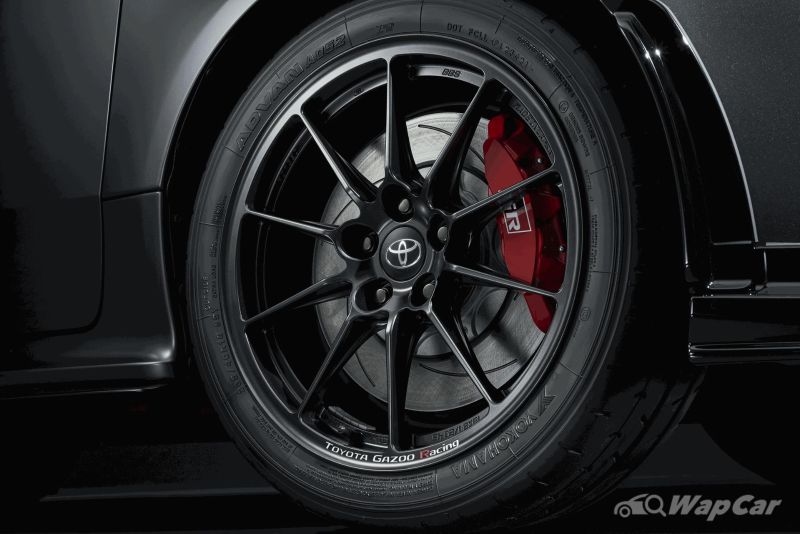 This is on top of the Circuit Package that Toyota itself will equip if the box is ticked on the order form. Opt for this and you’ll get even more potent goodies for your GRMN Yaris in the form of 18-inch BBS GRMN wheels, larger brakes, Bilstein shock absorber with adjustable damping force, carbon rear spoiler, side skirt and a lip spoiler. 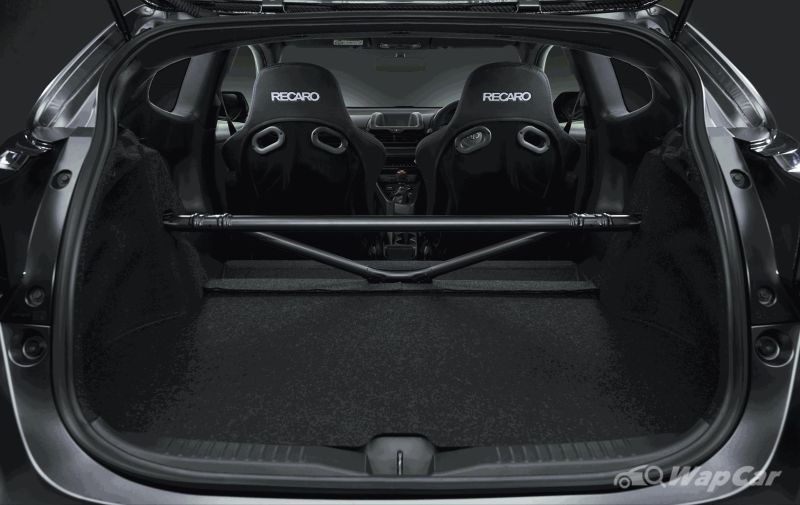 In case you were wondering on the difference in length between the Circuit and Rally cars, it all falls down to the deletion of said lip spoiler on the Rally car. 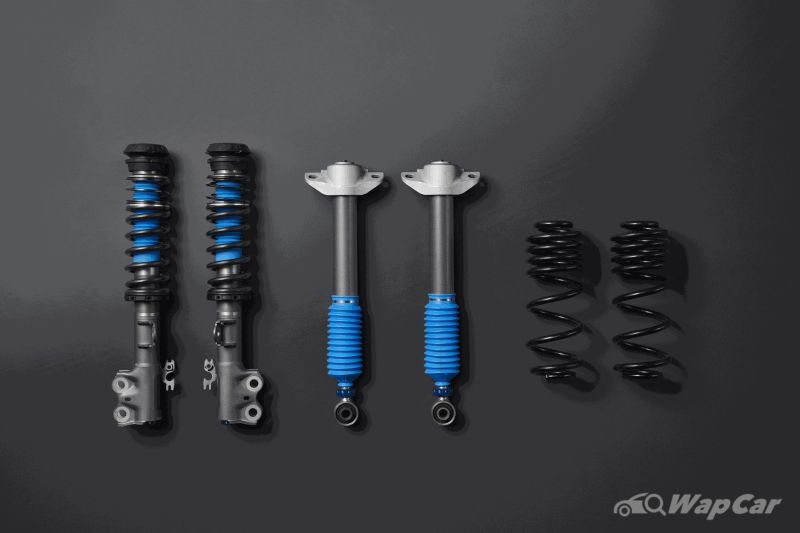 Now comes the part where those that can afford it are ready with your chequebooks; you can’t simply buy one. Only 500 units of the GRMN Yaris will be made and there’s a reservation lottery that begins today to get in line.

Lastly, existing GR Yaris owners can purchase some of the upgraded parts for the GRMN Yaris later in 2022, so don’t feel left out.