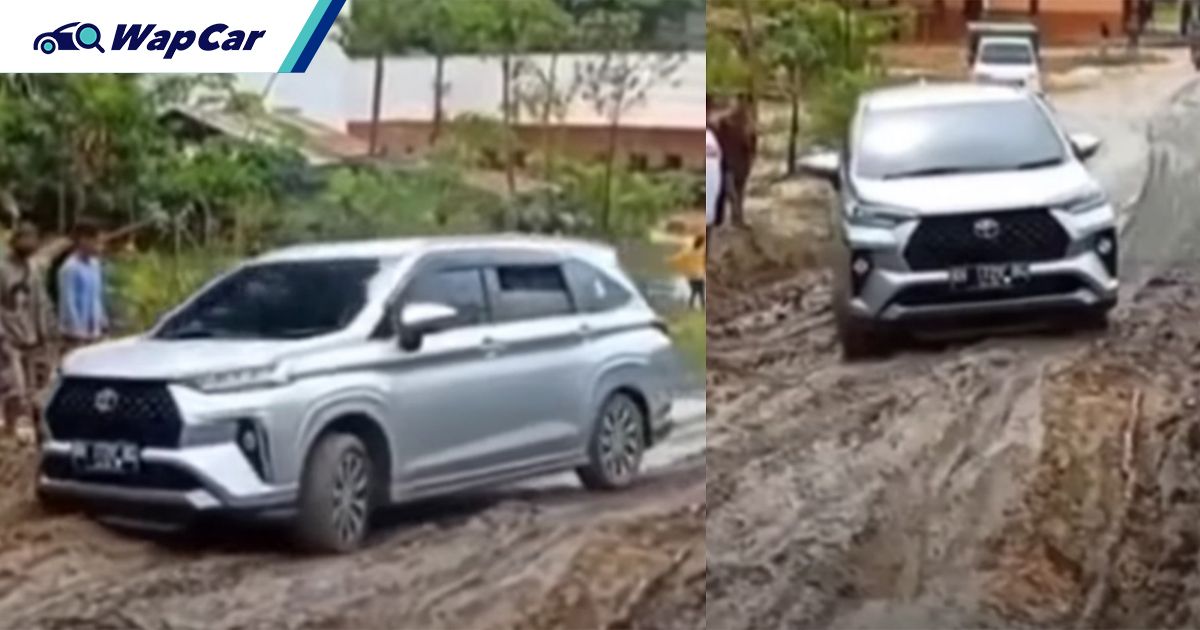 A video of an all-new Toyota Veloz, the sportier version of the Toyota Avanza, struggling through a road covered in a thick layer of mud has been circulating Indonesia’s social media channels.

Every time the car gets stuck, bystanders along the stretch of road pitched in to help get the Veloz out of the mud. Thanks to the help, the Toyota Veloz finally made it past the damaged road and continue on its way.

However, the video didn’t end there. Unlike the Veloz, a Daihatsu Ayla (aka Perodua Axia)-based MPV Toyota Calya was seen crossing the same stretch of damaged road with ease.

While many viewers were quick to point out that this could be the result of changing the drive train to the front, but more seasoned drivers believe that this is a matter of the driver’s skill. The Calya is also front-wheel-drive.

What do you think about the situation? Did Toyota make the wrong call by changing the drivetrain of the Avanza to front-wheel-drive (FWD) or it really is a matter of skills?