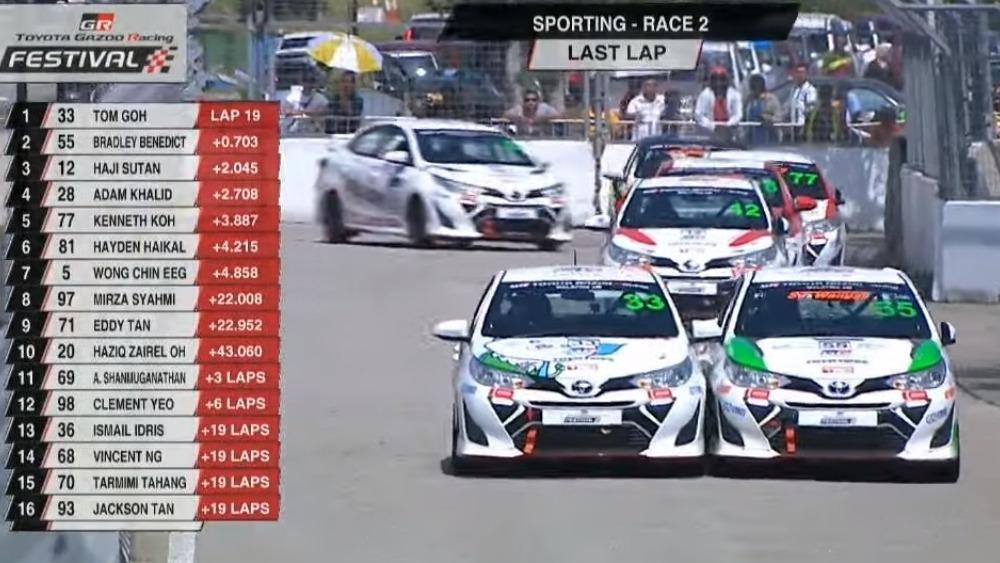 Last weekend’s Toyota Vios Challenge was probably the most intense of the season. Sunday’s weekend ending Race 2 of the third round of Toyota’s one-make race series took place at the make shift street circuit at Batu Kawan Stadium in Penang. 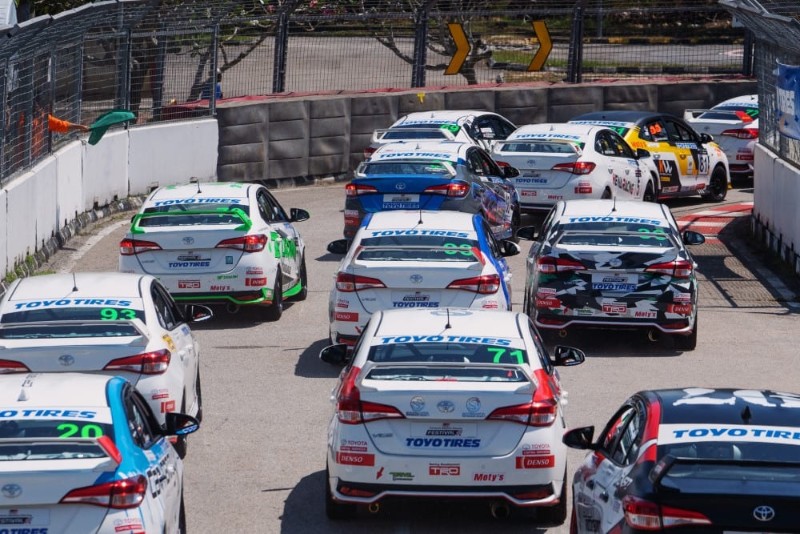 Nothing however prepared us for the intense battle that was to take place on Sunday’s Race 2. 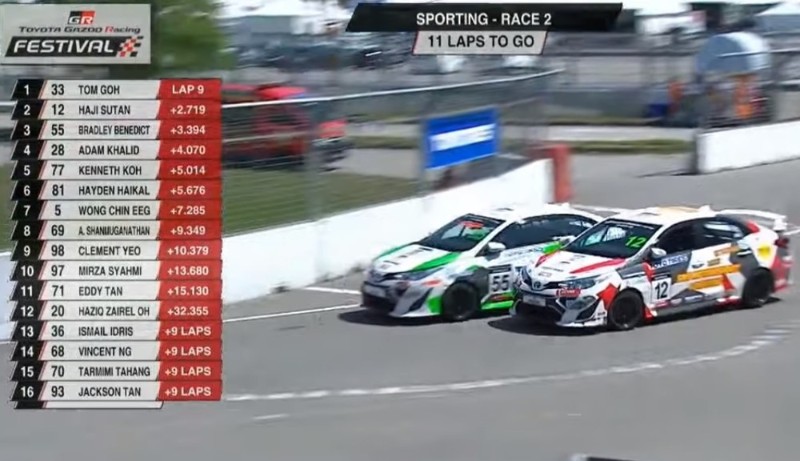 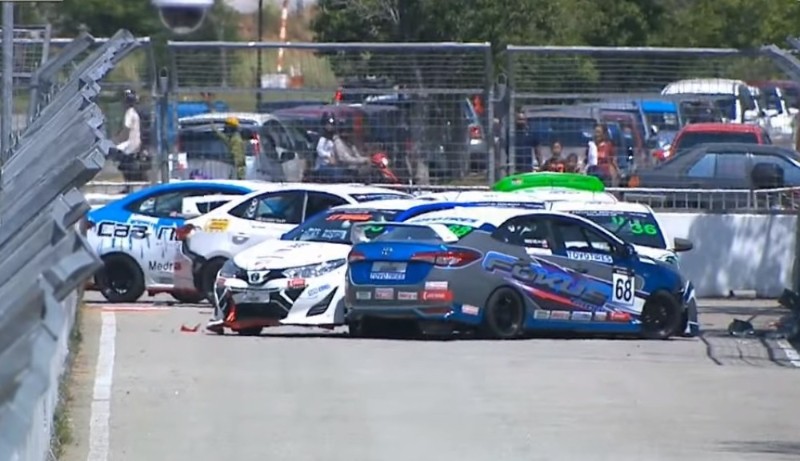 However, a massive 6-car pile-up on the second lap, caused by Team Fokus Tetap’s Vincent Ng when he slammed into the concrete barriers, brought out the red flag and the race had to be restarted.

The scene was almost similar to the infamous 2017 WTCC Macau Grand Prix crash. 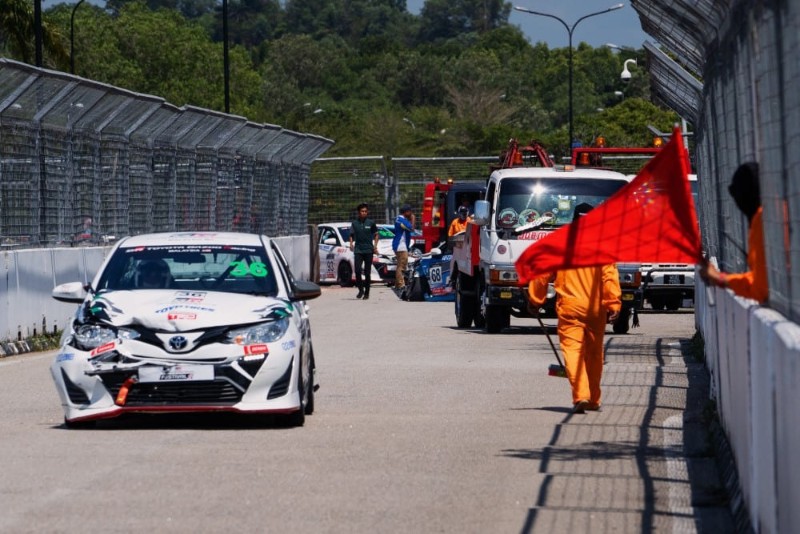 Of the 6 cars involved in the crash, only 2 managed to resume the race after some hastily done repairs on the starting grid, using duct tape and steel pipes.

The intense race continued all the way to the last lap, with Bradley Benedict, brother of Super Sporting Class’ Brendan Paul, gaining time on almost every lap, in a tight street circuit that was almost impossible to do any overtakings.

Tom however, held a strong two seconds plus lead but another safety car session, called out after Shanmuganathan Arumugam spun out, end up erasing all of Tom’s hard work. The intense battle continued after the green flag. The final lap door-to-door, wheel-to-wheel battle for first position will definitely go down as one of the most intense battles of this season’s Toyota Vios Challenge.

The fight in the Super Sporting Class was no less intense. Crowd favourite Tengku Djan made an unusual mistake for a driver of his caliber – misjudging the exit speed of corner and hitting the wall, proving that tight street circuits will chew up even the best drivers – effectively ending any chance of a podium finish.

Fredie Ang, William Ho, and Boy Wong swapped paints and broke a few side mirrors as they jostled for positions. 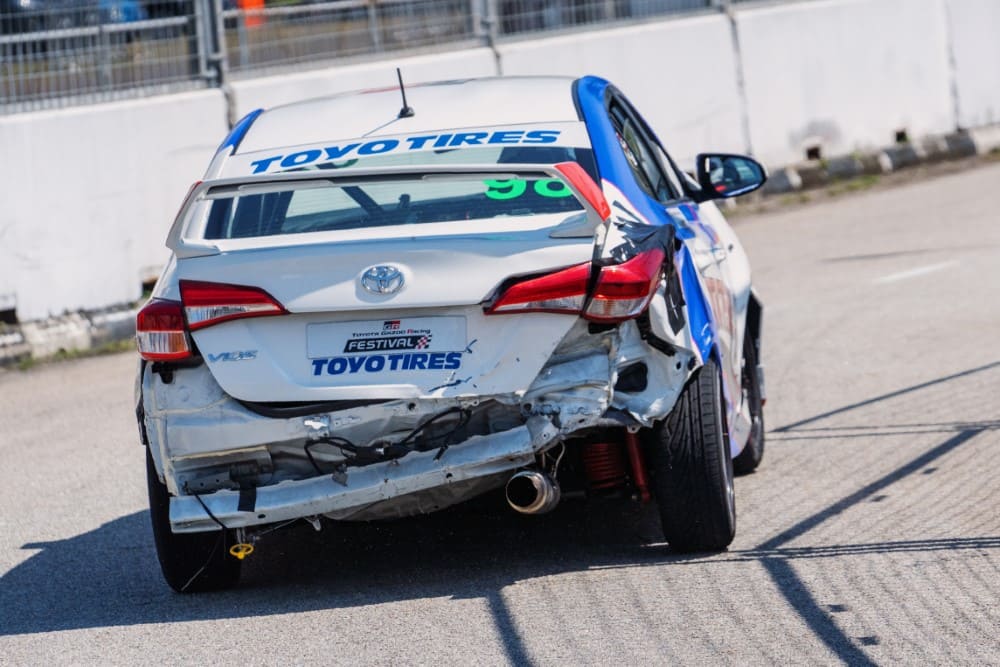 Whoever said watching slow Toyota Vioses racing is boring don’t understand what motor racing is about. A race car driver will race anything, fast or slow. When everyone is racing the same type of car, pure driving talent is what sets them apart.