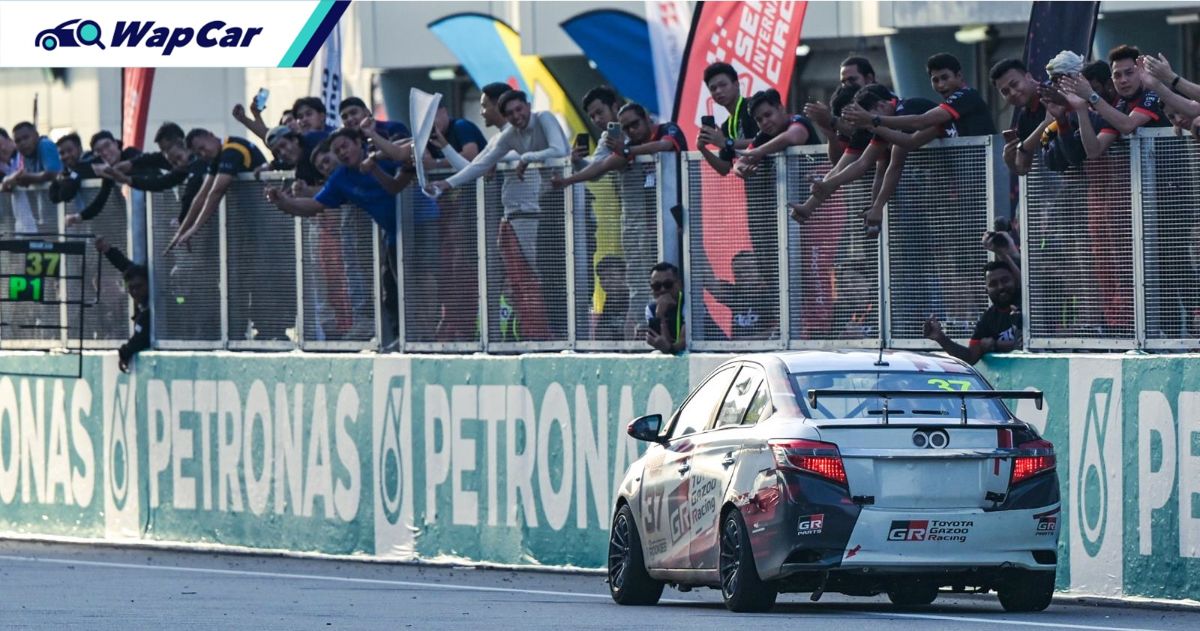 It was a masterclass in domination for the humble Toyota Vios as it proved its mettle on the racetrack with a historic 1-2 finish at the Sepang 1,000KM endurance race and a total of three Toyotas in the top 5 overall positions. 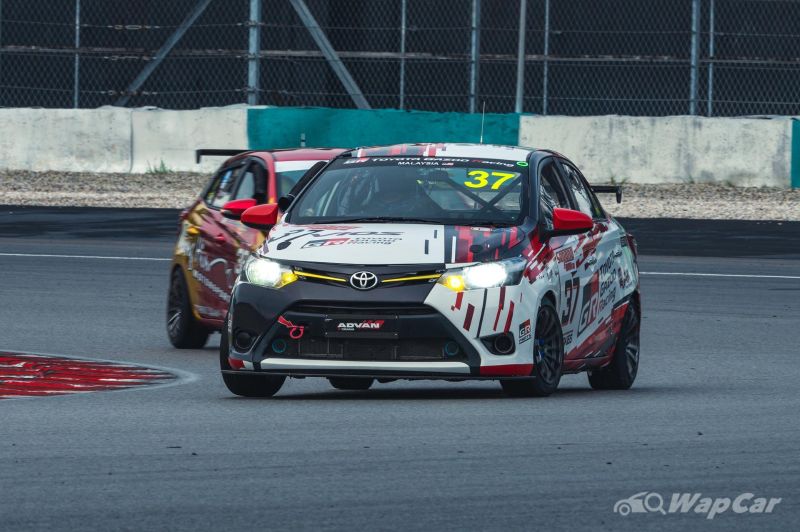 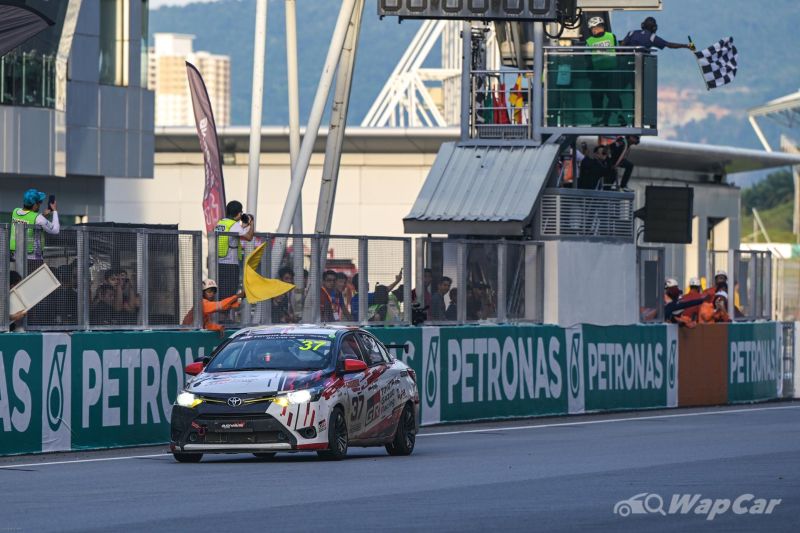 It was a close call to the finish line as the duo crossed the 181st lap a mere 6.2 seconds ahead of the number 39 Toyota Yaris in second piloted by Hayden Haikal and Jwan Hii under the Wing Hin Motorsports banner, which is a UMW Toyota Motor dealer. 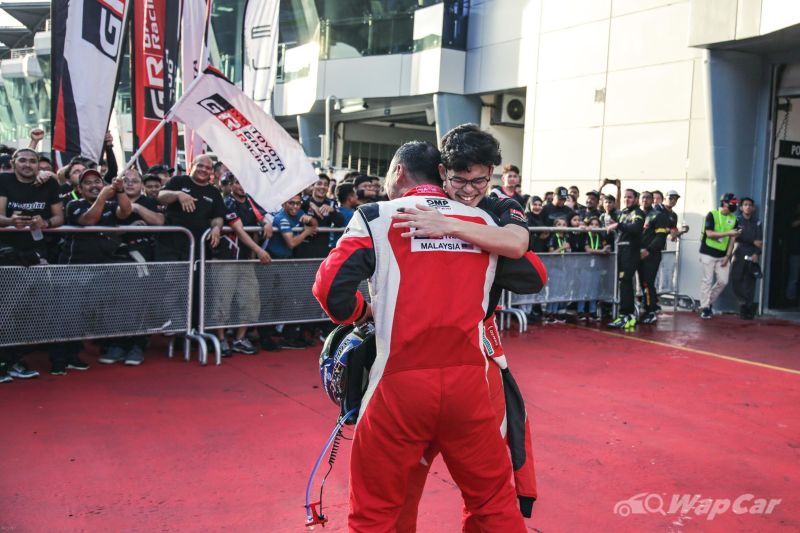 Third place went to the Hi Rev Dream Chaser team’s Mitchell Cheah and Brendan Paul Anthony, while in fourth position was the number 38 Wing Hin Motorsports Yaris driven by the pair of Boy Wong and Dannies Ng, both cars finishing a lap down. Rounding up the top five and finishing four laps down was the R Engineering HMRT Lee Wee Sing and Leon Khoo Beng Koon in the new Honda City. 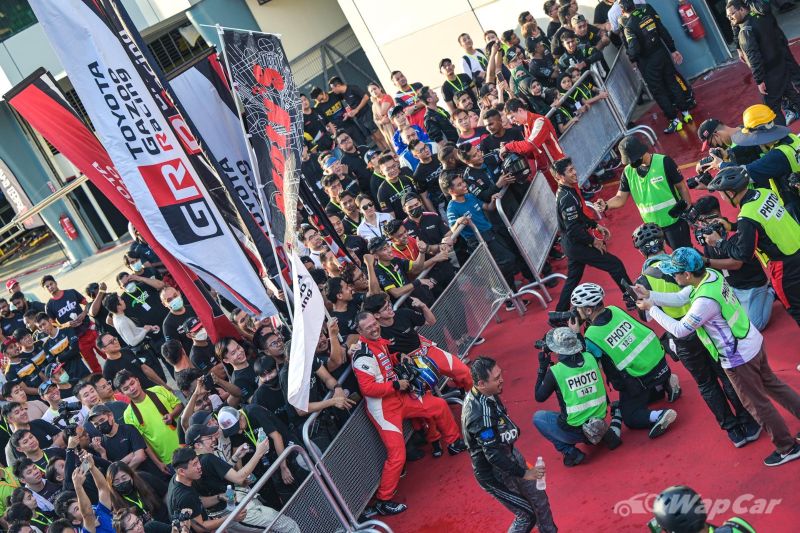 “We had an extensive program in place as well as competitive cars and we went on to win the race but we had to accept a penalty which classified us third in the MTC Class. Going on to win the race this year and doing it in the manner where we not only led from start to finish but had three cars in the top five positions overall more than makes up for that setback,” said UMW Toyota Motor President Ravindran K.

More importantly however is how Toyota’s involvement in Malaysian motorsports has more helped immensely to uncover and groom many new young driving talents. 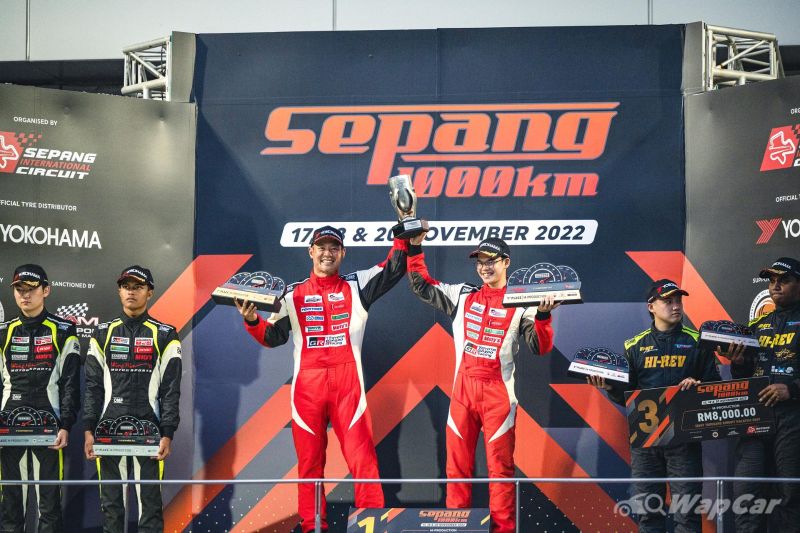 “It’s about giving back to the community and in our case, it means providing potential young Malaysian talent with the right platform and the opportunities to grow as competitive drivers. This has been consistent throughout Gazoo Racing Malaysia’s program over the past five years which began with affordable participation in the Vios Challenge, the introduction of a Young Talent Development Program and establishing a Rookie Class of racing in the Vios Challenge to promoting young drivers up the motorsports ladder to drive in more competitive machines and classes,” explained Ravindran. 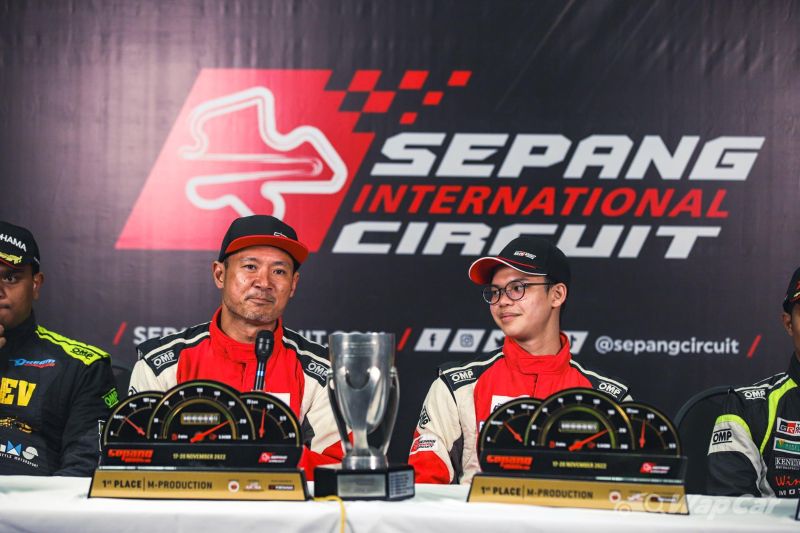 Starting from pole position the number 37 Vios of Naquib led into the first lap of the race before pacing in third at the first hour mark. A slightly dislodged rear bumper due to contact on the track meant an earlier pit stop than planned, costing him several minutes. 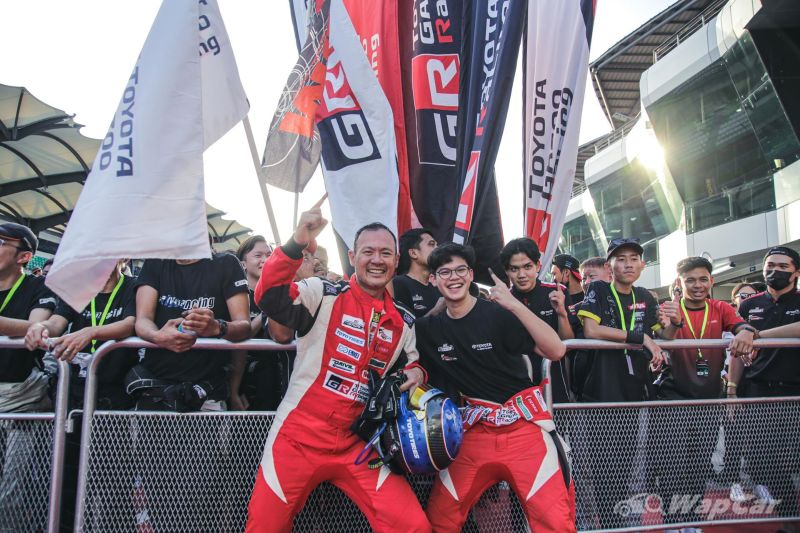 With teammate Tengku Djan taking over for the second hour, the car climbed to second with a fastest lap. At this point, all Toyotas were consistently running in the in the top 5. Tengku Djan and Naquib swept into the lead with 58 laps to go, or after 6 hours of racing. 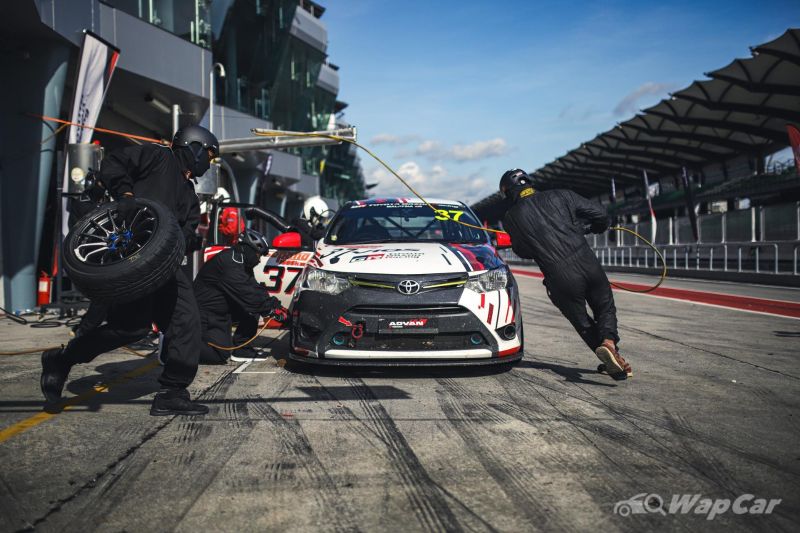 “It was unfortunate that someone clipped my rear bumper in the first corner and we lost some time after being flagged in to come in for repairs. All in all, it was a great race. We wanted to make sure we had a clean race and that everything went according to plan,” said Naquib. 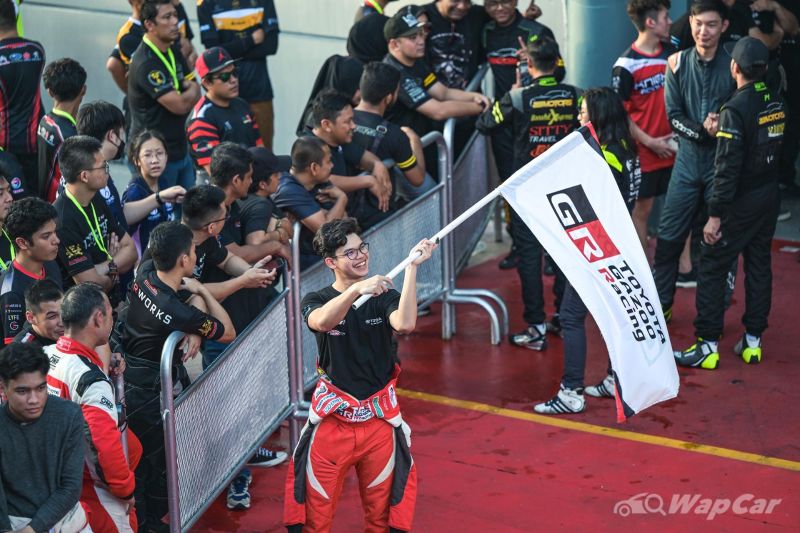 Naquib was one of the Gazoo Racing Malaysia’s pioneer rookie racers in the Vios Challenge, transitioning from simulator racing to saloon car racing. He was crowned the overall Rookie Class champion in 2021, went on to win this year’s overall Sporting Class championship and will return for Season 6 next year to compete in the Super Sporting Class for elite and professional drivers.

Also Read: Review: 2021 Toyota Yaris – Does the City Hatchback have it beat? Not quite 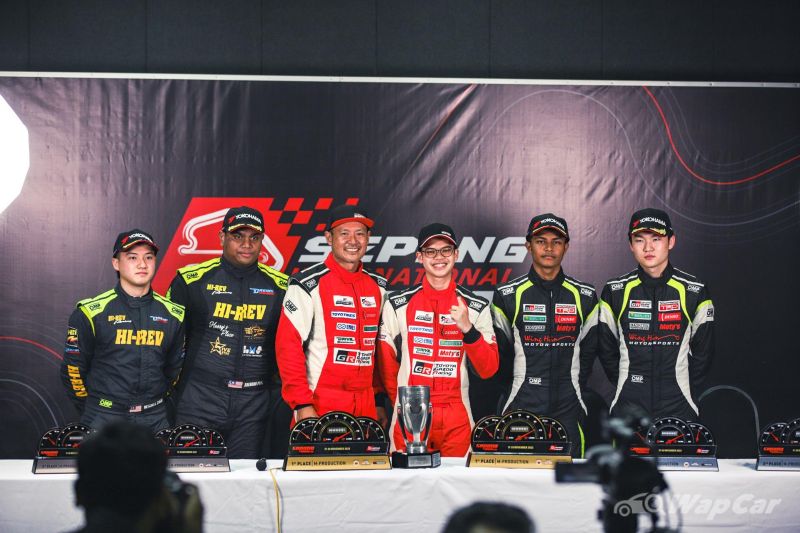 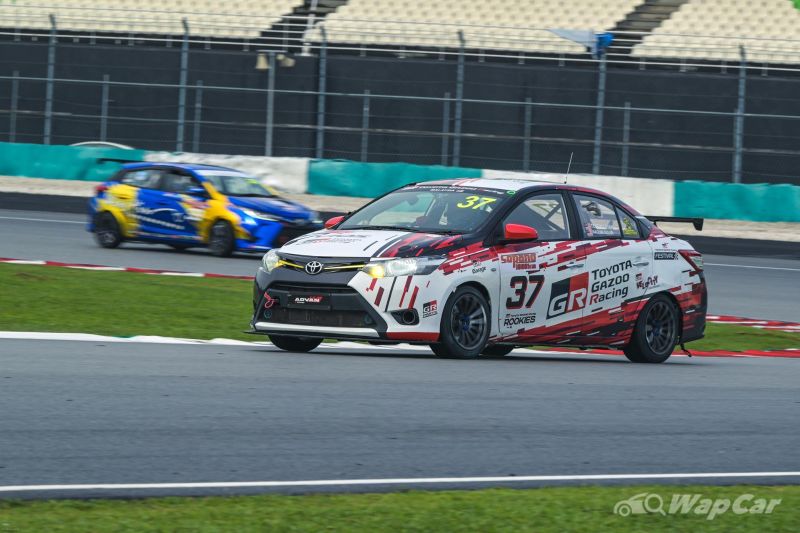 A total of 77 cars lined up on the grid that featured the MTC and SP2 Classes for cars below 1,600cc and the Gazoo Racing Vios Enduro Cup which was a race exclusively for the Vios cars competing in the Vios Challenge.