Home > News > Travelling inter-state soon? Don’t use your car’s ACC without understanding these

Travelling inter-state soon? Don’t use your car’s ACC without understanding these

Adaptive Cruise Control (ACC) is now a rather common feature. What used to be exclusive only to luxury cars, is now available even on regular, common man’s cars like the Perodua Ativa, Proton X50, and Honda City.

To recap, ACC is simply a more advanced version of a regular cruise control feature. While the latter is only capable of controlling the accelerator to maintain a preset speed on the highway, ACC also controls the brake. 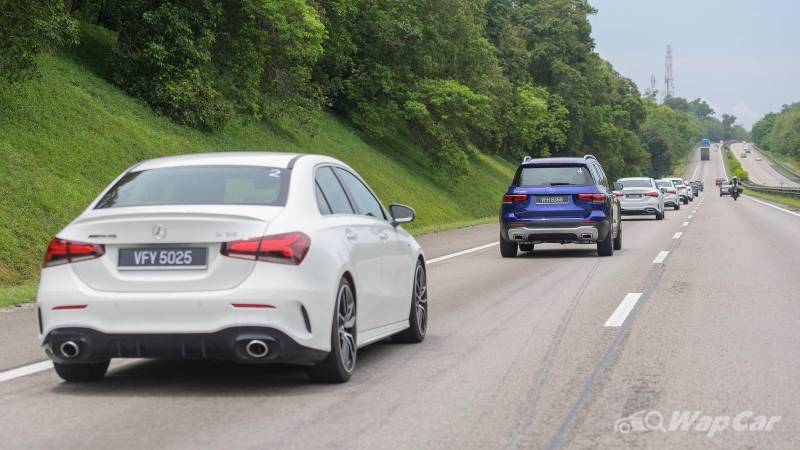 In some examples like the ones used by the Proton X50, Toyota Corolla Altis, Honda Civic, Honda Accord, and Honda CR-V, the ACC comes with Stop & Go function, meaning it can slow the car down to a complete stop, and when the car in front pulls away, it will drive off again at the touch of a button. 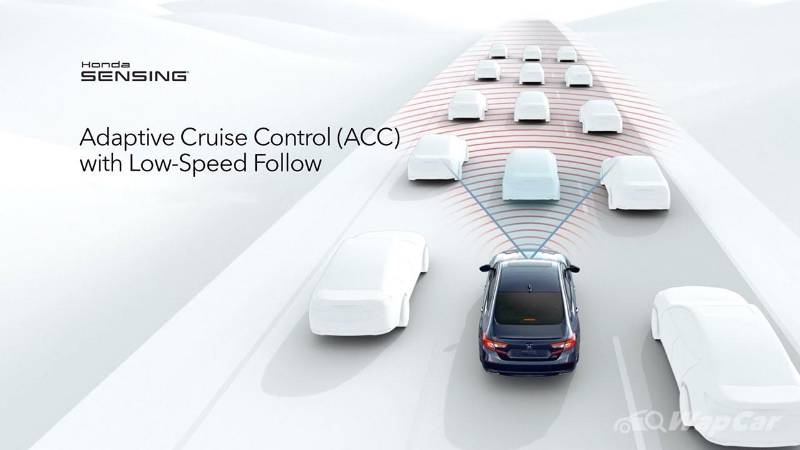 This means that the car can inch forward in stop-go traffic without any pedal operation by the driver. It makes long inter-state journeys a bit more bearable.

You’ve probably seen enough marketing videos demonstrating how such features work but the problem is, we live in an era where most people learn things from Youtube and few will bother to read the vehicles owner’s manual – which contain pages and pages of disclaimers explaining the many different real-world scenarios where such features won’t, and cannot work.

First, you must remember that ACC as well as the many other driving assistance features in your car, are as the word implies – assistance-only features.

If it doesn’t work as advertised and you got into an accident, it’s your fault for not reading the owner’s manual. You can’t take the manufacturer to court because the disclaimers have been very clear.

So before you hit the highway and engage ACC, it’s important to know what the feature’s limits are.

Computers are very good at high speed data processing, but have almost zero cognitive abilities. It can detect dangers by making extremely fast calculations based on data from the stereoscopic cameras and millimeter wave radar that are constantly calculating the car’s braking distance, referencing it against its travelling speed. 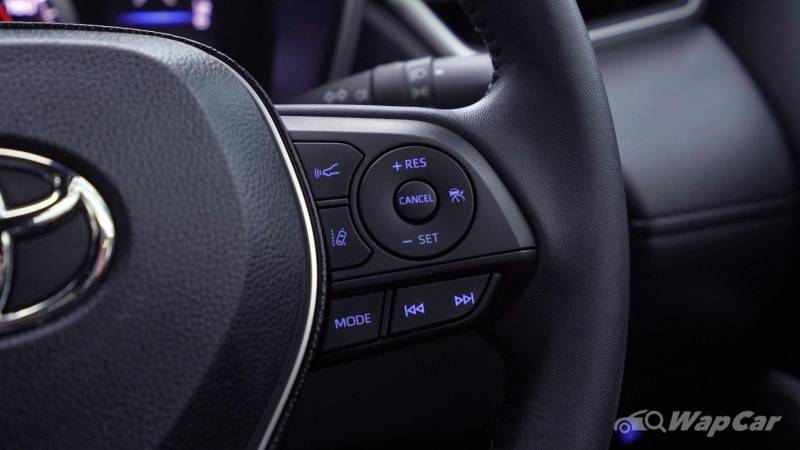 As fast a computer is, it’s ridiculously stupid when it comes to anticipating dangers, something which the human brain's cognitive abilities can do far better.

An alert driver could tell that something isn’t quite right with the vehicle in front simply by looking at it. There are many tell-tale signs that our brain is subconsciously processing in the background, bringing it to our attention when something is out of the ordinary.

The car in front is behaving erratically, is the driver texting on the phone?; the road seems uneven and the rain has just stopped, will there be water puddles ahead?; there's unusual debries on the road, something is not right; traffic on the road below seems heavy, traffic might be backed up, better slow for the corner leading to the road down below; the sky is dark and cars on the opposite side are wet and have their wipers on, better turn on the headlights now - these are just examples of the many things that a good driver is always thinking.

Also, today’s image recognition software used by cars still can’t quite tell the difference between a sign post and a motorcyclist, or where the road ends and where a low-loading trailer starts.

Do you know why it’s so hard for autonomous emergency braking (AEB) to detect pedestrians, especially children? Because a child’s movement is erratic, and their shorter stature also means that it’s harder for the image recognition software to detect their shorter legs and arms.

How is a car to know when to brake for a child and when to ignore a picture on an advertisement board, or a floating plastic bag? That’s right, by movement.

When humans walk, our arms and legs move in a certain, predictable manner. That’s why dummies used to demonstrate AEB have moving legs and arms. If the dummy is merely a stickman cardboard pulled across the road, the car will drive straight through it.

Children don’t have such predictable movements of arms and legs when they walk, but a human can immediately recognize a child jumping in front and slam on the brakes. Actually, humans can do even better.

Do you see leg movements under the car? There’s a bicycle on the sidewalk, is there a kid hidden behind the parked car? Would it be more prudent to veer a bit further away from the parked cars and sidewalks? The human brain anticipates all these, the computer can’t.

But we have digressed, let's go back to the topic. The point is that advanced driving assistance systems (ADAS) are not as great many believe it to be. It's just a nice-to-have feature. Before talking about ADAS, first improve your driving discipline. 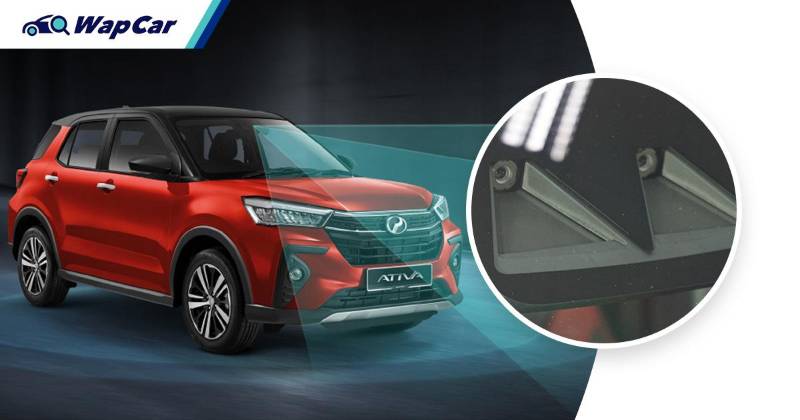 The point here is this, computers are fast but stupid while humans are slow but wise. The two are complementary, not substitutes.

Which is why every car’s owner’s manual comes with very detailed explanation on the dos and don’ts when using such feature. 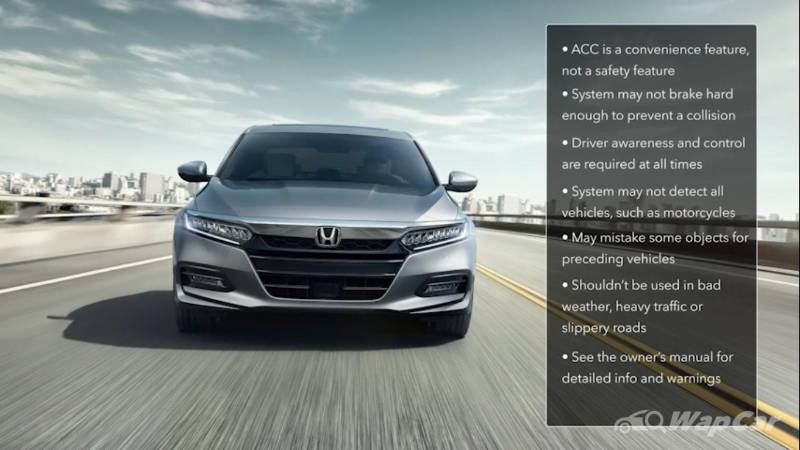 Take the Proton X50 for example. The 1.5 TGDI flagship variant comes with Adaptive Cruise Control (ACC) and Intelligent Cruise Control (ICC). Sounds confusing, but the latter simply combines ACC with steering assistance, meaning that the steering will make tiny corrections to keep the car in the middle of the lane, thus reducing mental fatigue in long distance drivers.

The Proton X50’s owner’s manual on ICC (page 155) is about 10 pages long. Almost 6 pages of it detail when you shouldn’t use the feature. Again, it’s an assist-only feature, but there will always be someone out there who will attempt to do something stupid with it, so detailed disclaimers are necessary.

Summarizing the cautions, the owner’s manual is saying:

1. The driver must always remain in control

2. Drivers must account for changing weather, traffic, and road conditions when using ACC. Do not use ACC in anything other than bright daytime, dry weather.

3. ACC doesn’t work very well in bad weather conditions, or when visibility is poor (night driving), or when there sudden change in brightness (entering / exiting tunnels), or when there's dirt covering the cameras and radar hardware. 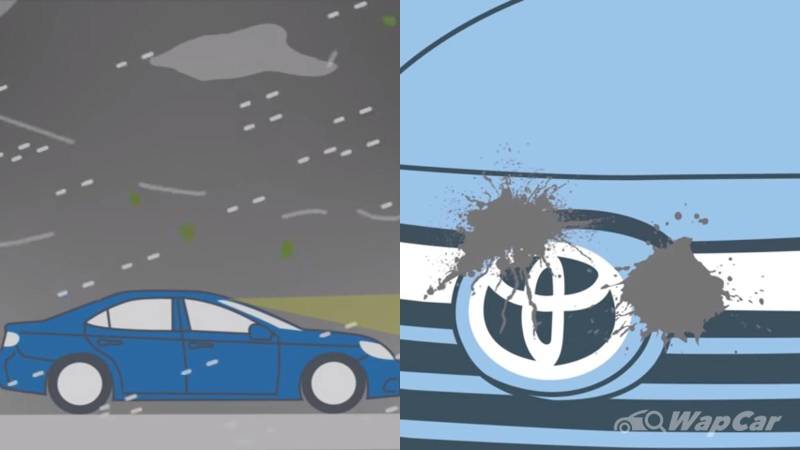 4. ACC cannot detect small objects like motorcycles or bicyles, or irregular shaped vehicles like trailers or trucks with extended cargo.

5. ACC only works on straight roads. When the road bends, the camera is unable to, like a human, adjust itself to look around the corner, so in a worst case scenario the vehicle may actually accelerate into a corner. There are some brands that claim that their ACCs can work around bends, but our real-world experience say such claims are exaggerated and can only work on very mild curves.

6. ACC cannot detect toll barriers, or stationary objects (yes, because AEB only responds to large metallic objects like cars, or pedestrians or animals)

8. If the vehicle ahead is a very big and has a similar contrast with the sky in the background, the computer may not register it as a vehicle (and thus a potential danger).

9. ACC and supporting Lane Keep Assistance features need very clear lane markings to work. In Malaysia, lane markings can abruptly disappear and on some roads, the lane ahead could abruptly end. The computer cannot cope with such sudden changes and it is the driver’s job to be alert.