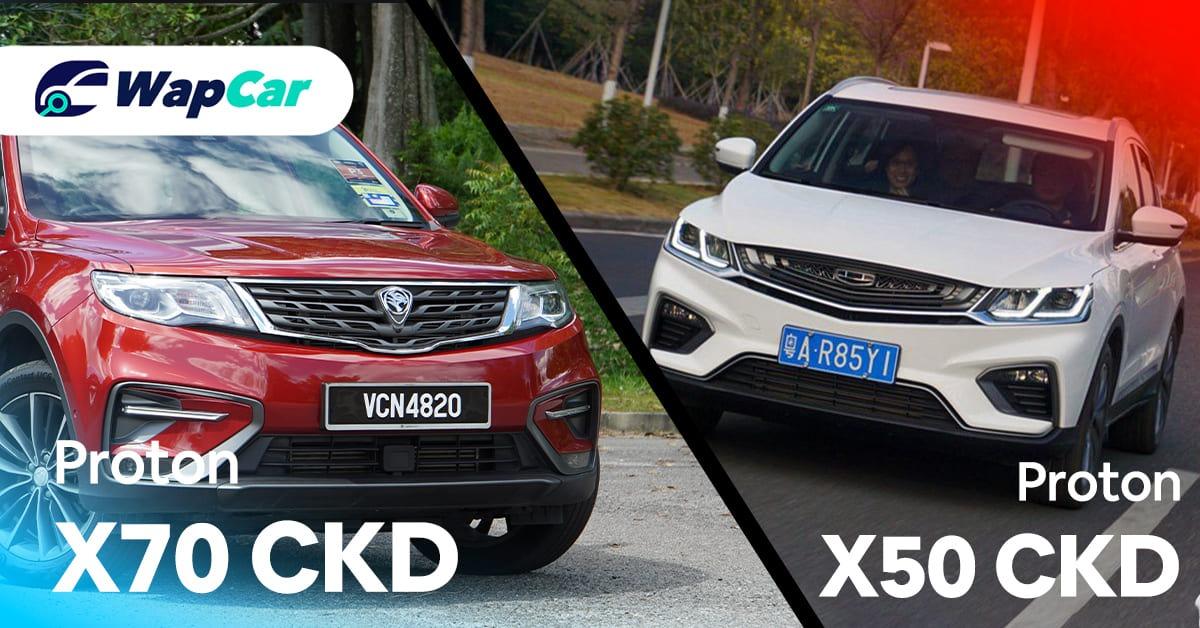 Proton CEO, Dr Li Chunrong announced Proton’s plans for 2020 at a media Chinese New Year luncheon today. We won’t bore you with the numbers so here are the juicy bits. Proton will be launching the Proton X70 CKD and Proton X50 this year.

The 2020 Proton X70 CKD is due in the first quarter of the year as first units of the locally assembled SUV has rolled off their Tanjong Malim production line. No fixed launch date yet, but Proton chief said, “It is coming very soon.”

Next up is the Proton X50 which is scheduled for Malaysian debut in the second half of 2020. Speaking to Mr. Yoshiya Inamori, Vice President of Manufacturing at Proton, he confirmed that a new Proton SUV – presumably the X50 – will be produced in Tanjong Malim alongside the X70 CKD, giving us an idea that the X50 SUV will be launched as a locally assembled model.

Inamori-san said the next Proton SUV will offer good value to consumers with better features at a lower price (than the X70).

Expect the X70 to soldier on with the same 1.8-litre turbocharged 4-cylinder petrol engine but tweaked to pushed 184 PS and 300 Nm of torque courtesy of a 7-speed dual-clutch transmission.

The X50, on the other hand, will be powered by a 1.5-litre turbocharged 3-cylinder petrol engine and 7-speed DCT (wet-clutch) pushing out 177 PS and 255 Nm of torque. It is based on the Geely Binyue which we have reviewed in full.

Proton engineers will have plenty of Malaysian touches done to the X50 in terms of localising the design, compatibility and hopefully driving dynamics of the car. We’ve highlighted that the Binyue would greatly benefit from Proton’s famed ride and handling.

These two new models, along with the refreshed Persona, Iriz, Exora and Saga (PIES), will help Proton achieve their ambitious sales target of 132,000 cars in 2020. Good to see our national carmaker is now on the right track to recovery.