Home > News > Up close and personal with the 2021 Geely Xingyue L at the Shanghai Auto Show!

Up close and personal with the 2021 Geely Xingyue L at the Shanghai Auto Show! 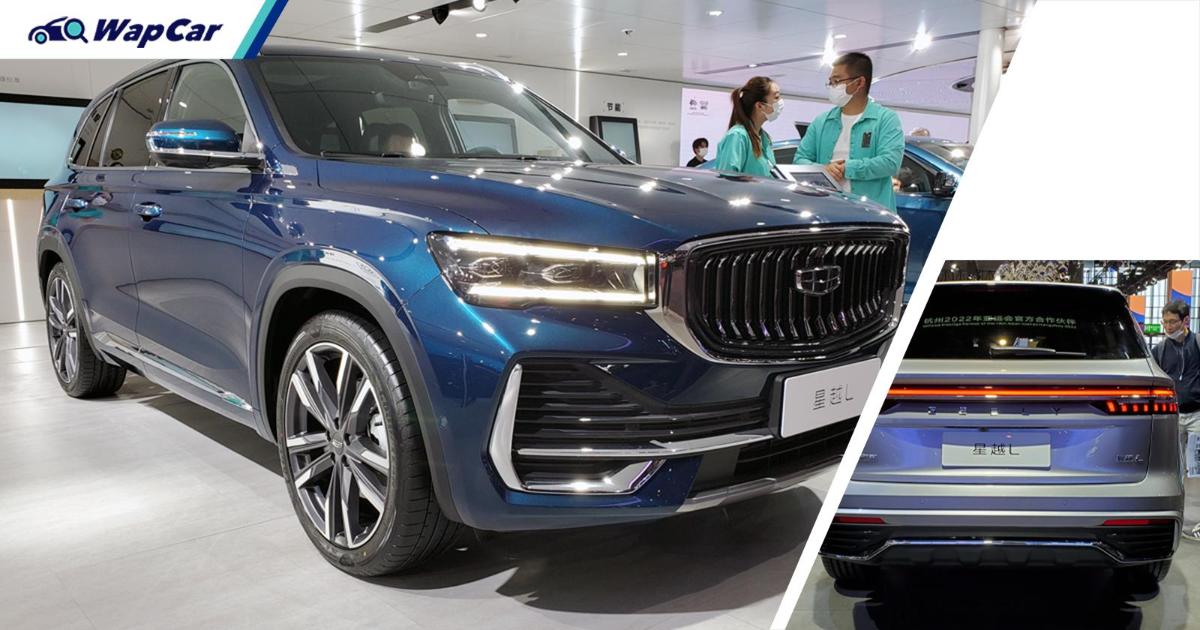 We’ve seen plenty of photos of the upcoming Geely Xingyue L but they've all been studio shots or renderings. Now, here are live photos of the new SUV as we bring you up close and personal with it at the 2021 Shanghai Auto Show. 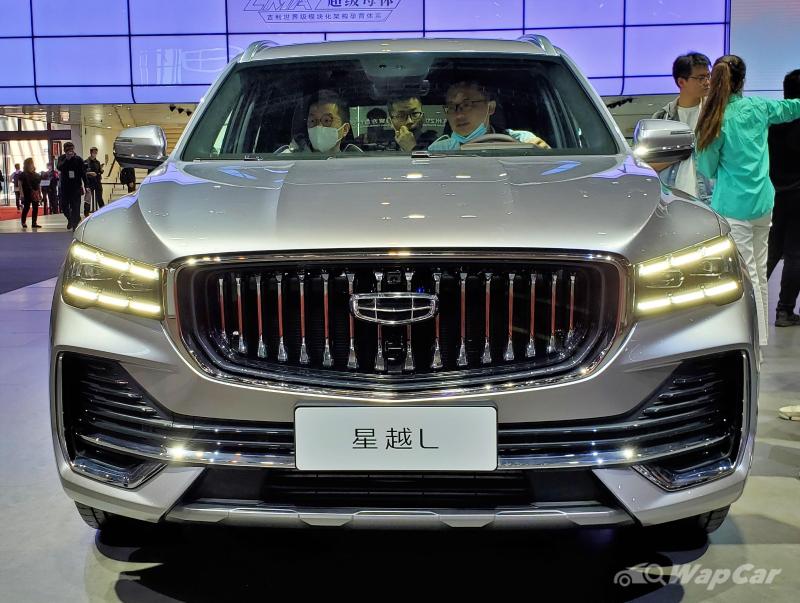 Geely has also revealed more details of the Xingyue L including the fact that the SUV will come with 2 engine outputs.

Also read: The Geely KX11 has a name! It is officially the Xingyue L 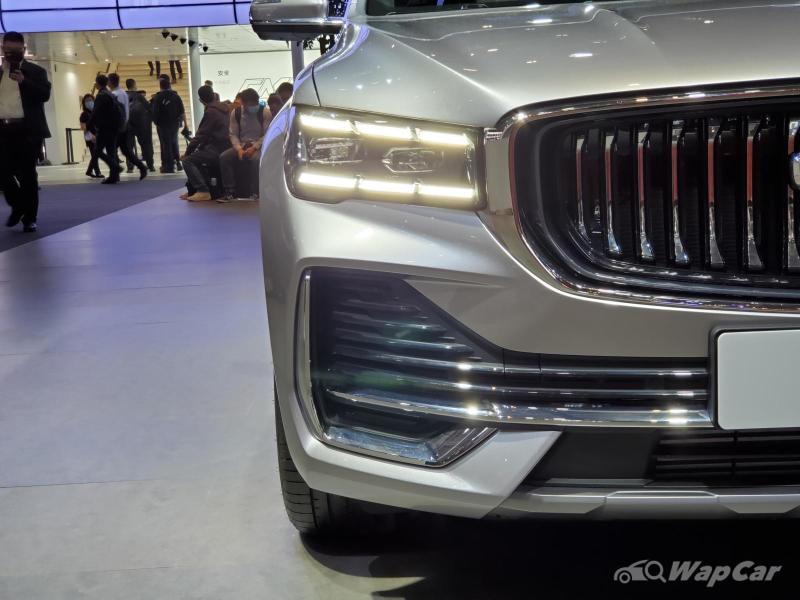 Previously, we reported that the Xingyue L will be powered by a 2.0-litre turbocharged petrol engine mated to an 8-speed Aisin gearbox that dispenses 238 PS and 350 Nm. This is apparently what Geely knows as the ‘high-powered version’. 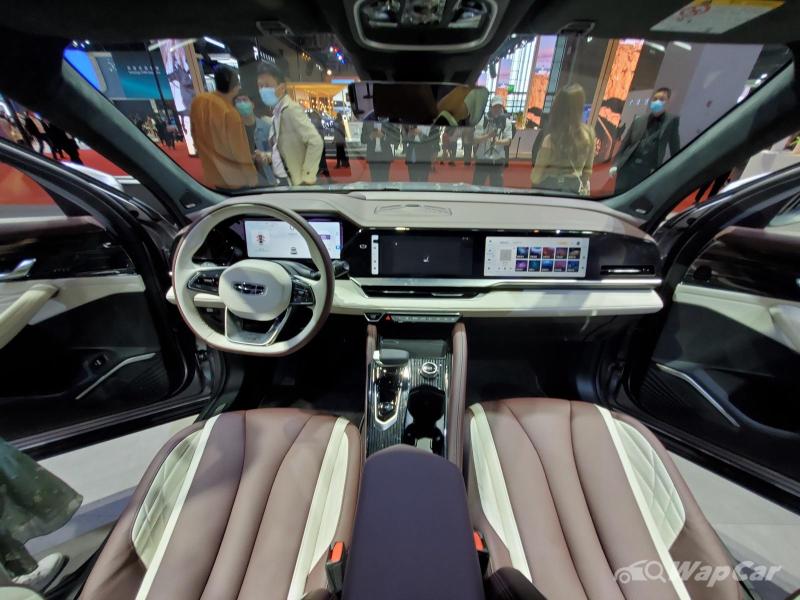 There will be a ‘mid-powered version’ that sees the same 2.0-litre turbocharged engine mated to a self-developed 7-speed wet DCT instead. This version dispenses 218 PS and 325 Nm, capable of a 0-100 km/h acceleration in 7.9 seconds. 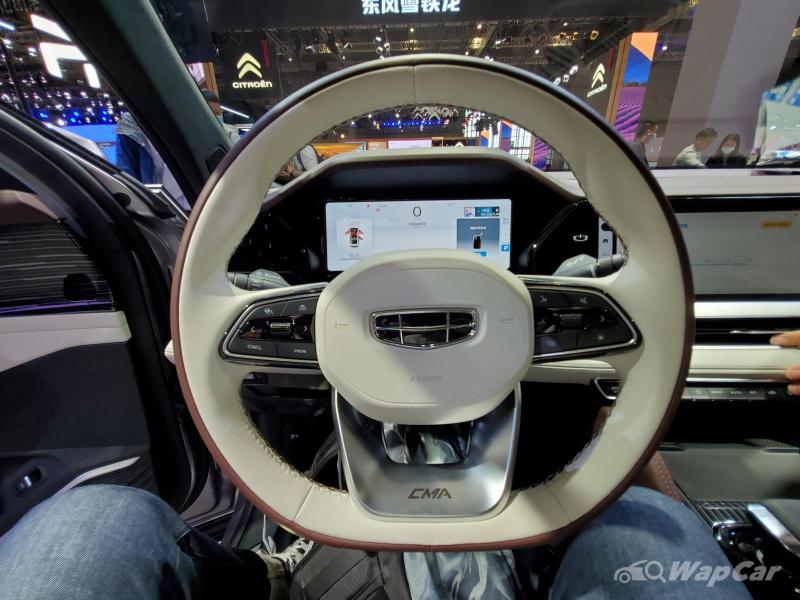 But that’s about the difference between the engine options for the Xingyue L. Both versions are equipped with BorgWarner’s sixth-generation 4-wheel drive system. There are 5 driving modes available; Eco, Norm, Sport, Snow, and also Offroad. 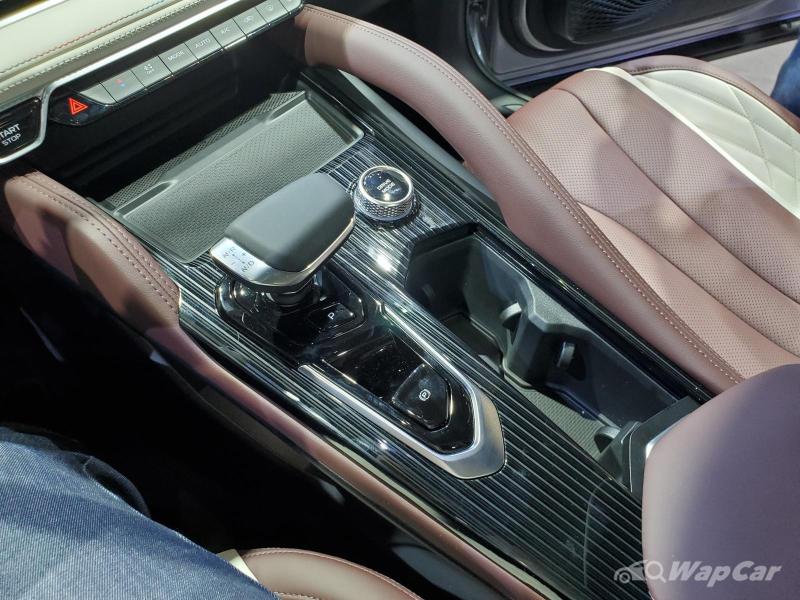 Other than engine info, Geely has also revealed more innovating details about the SUV like the headlamp that comprises of 126 individually controllable LED so owners can customise, not just the brightness, but even the lighting effects. 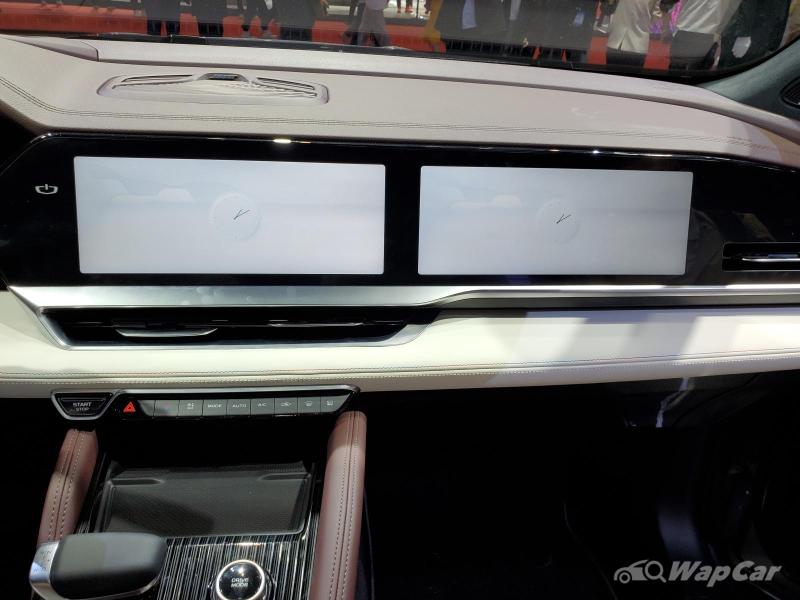 Geely also emphasised on the use of 176 LED on the dot matrix tail lamp. Designers calls the connected tail lamp design a ‘cosmic aurora’ visual effect. 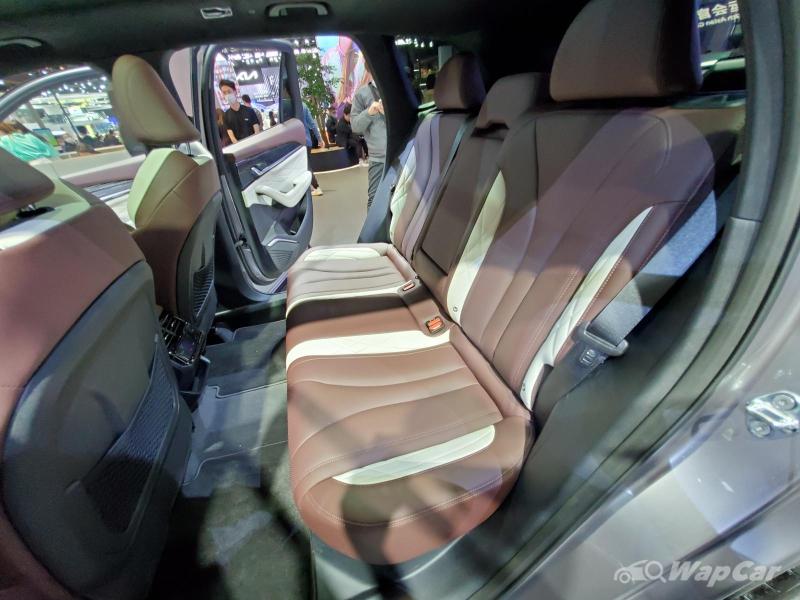 Meanwhile, the dual-tone interior, which combines polished cyberpunk black highlights with classical bronze Verdigris patina, is a nod towards the model’s technological heritage and nobility in Asian history. 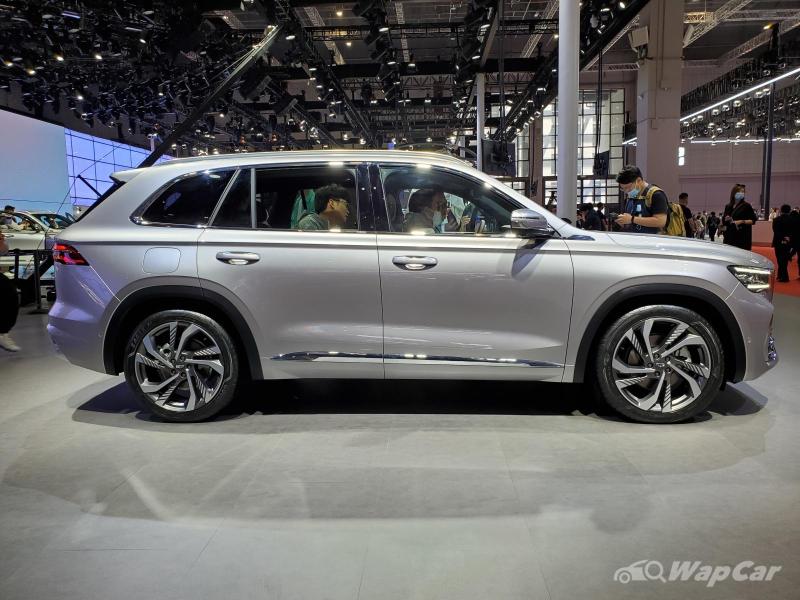 Designers have also added suede material to play the ‘premium’ experience that Geely is going for. Geely emphasised that the interior is designed with low exterior noise level in mind, they’ve also installed a 10-speaker Bose sound system to further enhance the in-cabin environment. 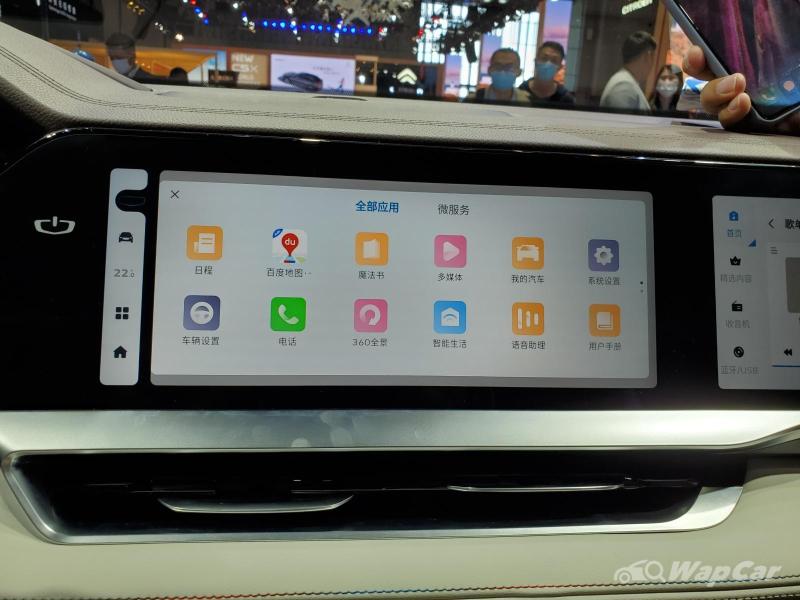 And of course, we don't need to mention the widely talked about 100 cm touchscreen infotainment system. Geely is so proud of their largest display system in history that they've been talking about it since the preview of the Xingyue L! 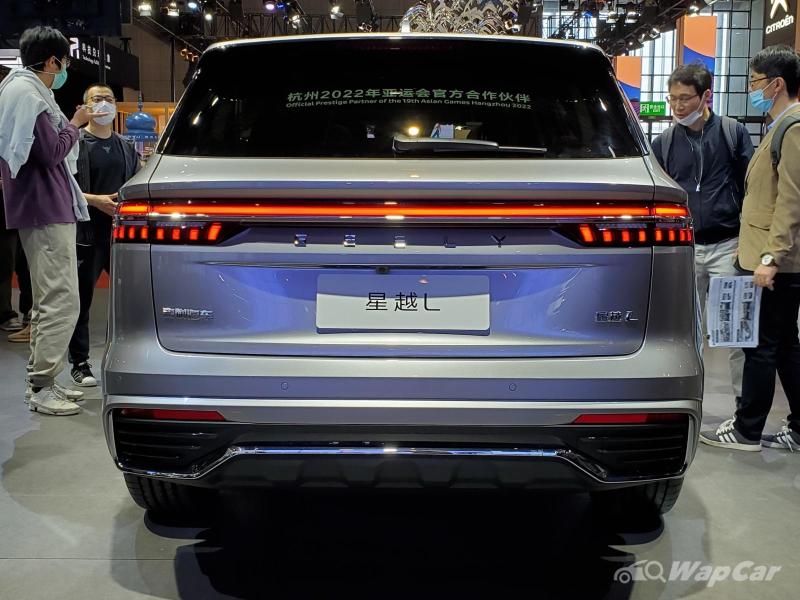 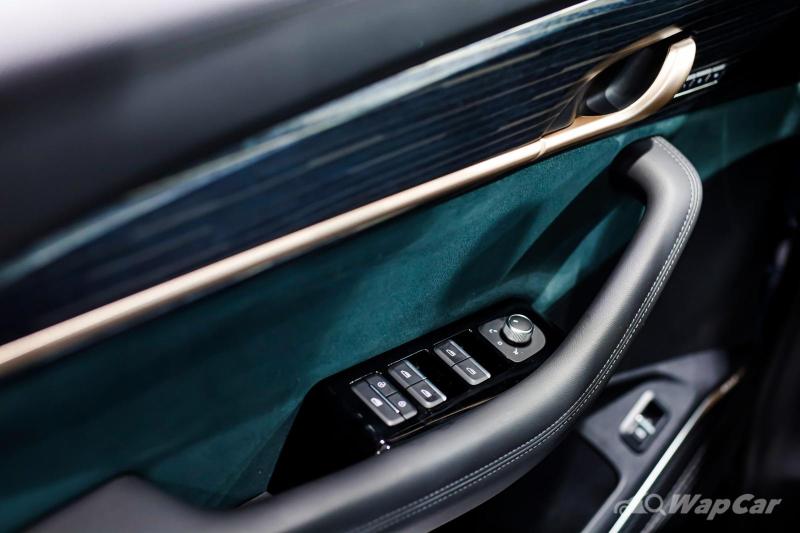 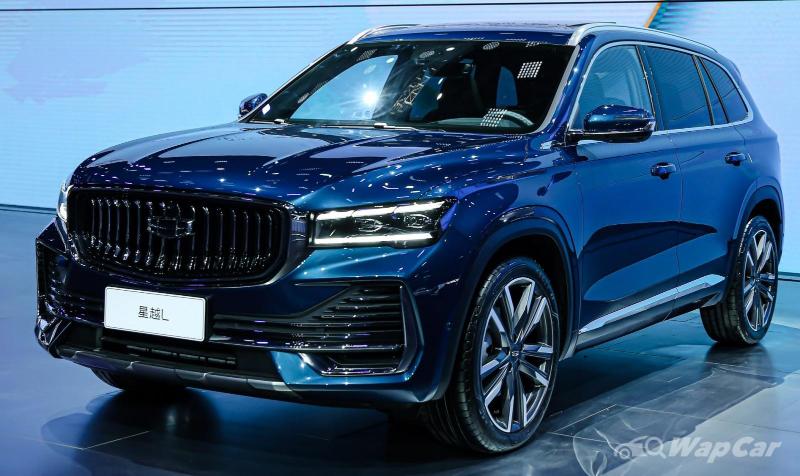 Like the Geely Preface (sold as the Geely Xingrui in China), the Xingyue L will also be equipped with full firmware over the air (OTA) updates. 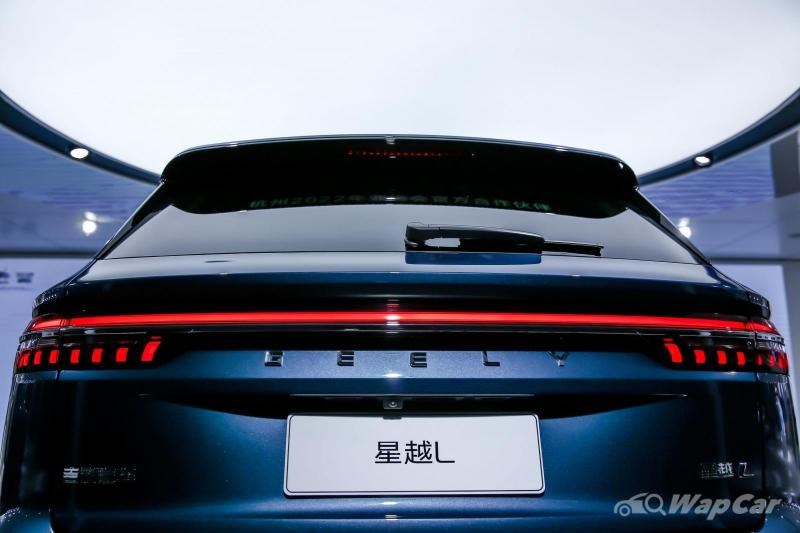 This means the Xingyue L’s fundamental features like intelligent safety, infotainment, power, chassis, autonomous drive system, and connectivity will stay up to date at all times. 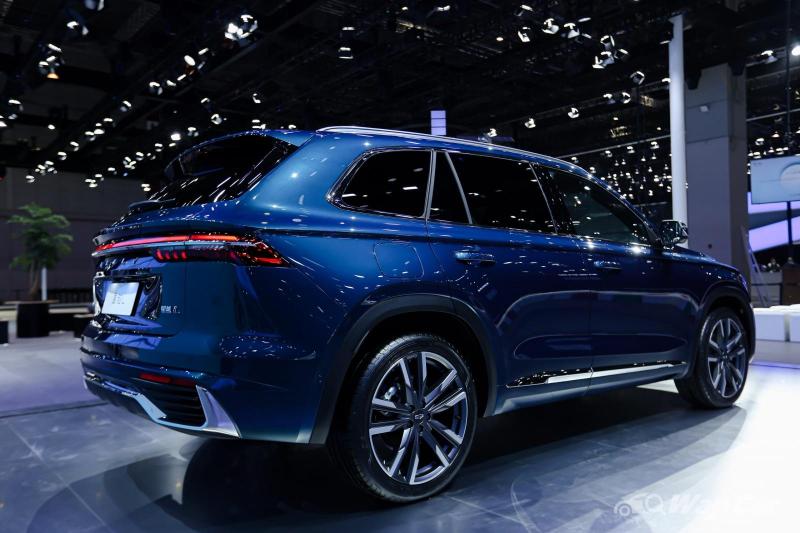 Stay tuned for more coverage of the 2021 Shanghai Auto Show!