HomeNewsUsed hybrids are really cheap, so should you buy a used Toyota Prius, Camry Hybrid or Honda Insight?

Used hybrids are really cheap, so should you buy a used Toyota Prius, Camry Hybrid or Honda Insight? 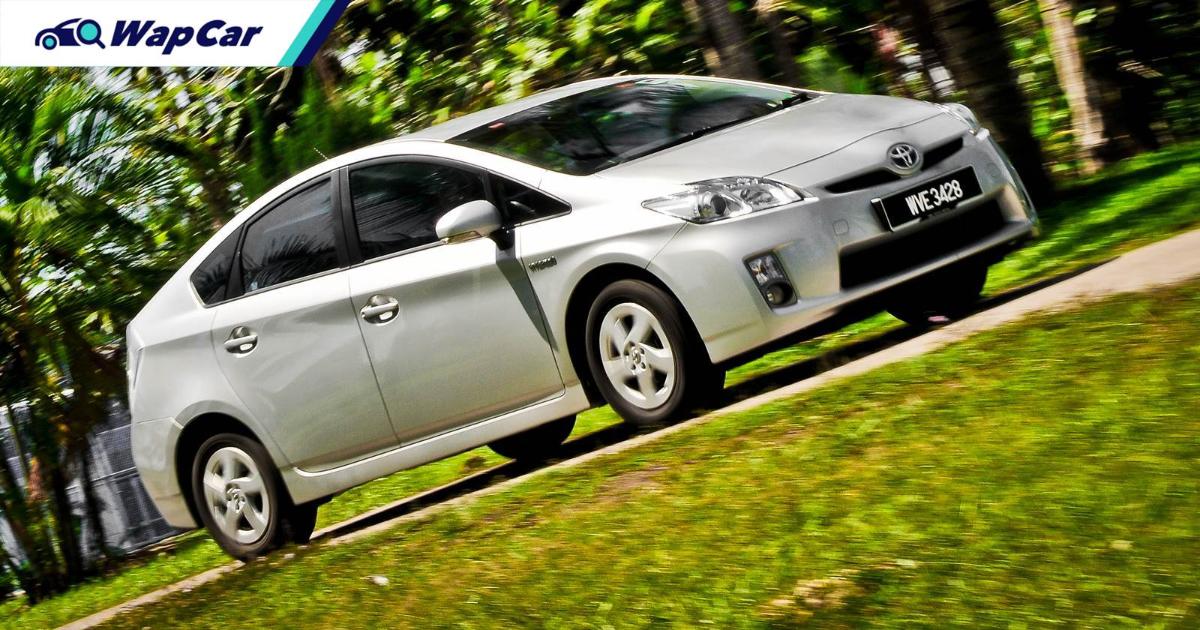 There was a short period of time between 2011 until 2013 when Malaysian car buyers enjoyed a too good to be true deal - import and excise duties were completely waived for fully imported hybrid models with engine capacities below 2,000 cc. The Japan-made Toyota Prius, Honda Insight and CR-Z were introduced here.

Between 2009 to 2010, duty exemption was also available, but at a lower rate - 100 percent exemption on import duties and 50 percent discount on excise duties. 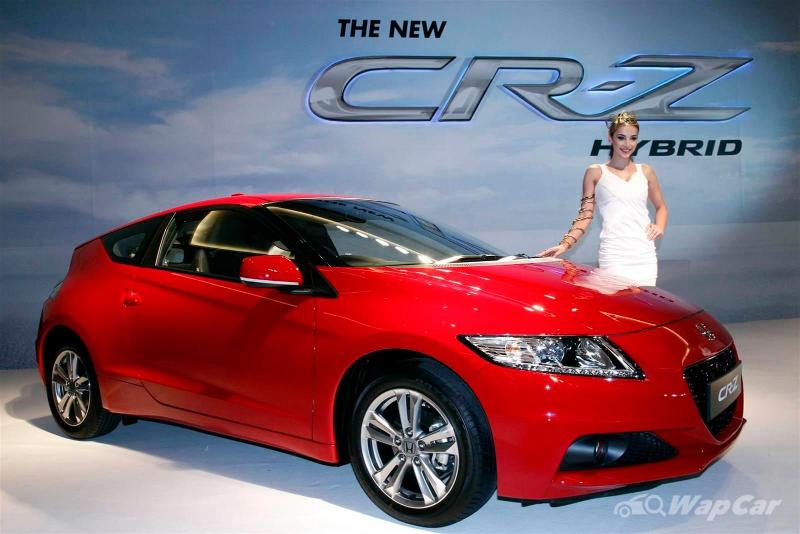 At a time when even the most expensive locally-assembled Toyota Camry 2.5V came with just four airbags and no electronic stability control, a Japan-made Toyota Prius can be had with 7 airbags, electronic stability control, Heads-Up Display, and LED head lights, for RM 145,000 (Luxury variant) - still cheaper than the cheapest two airbags-only Camry 2.0E (RM 149,900). 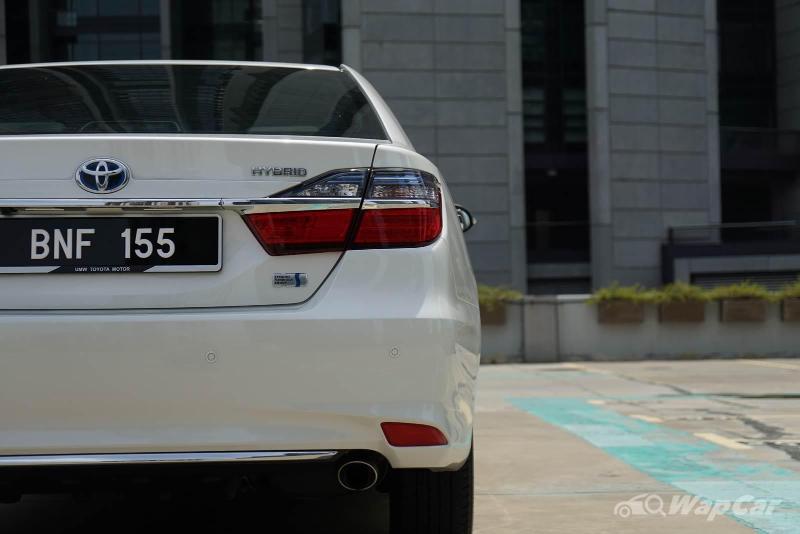 The catch? Buyers have to put their trust in this relatively new hybrid technology. Well it was new in Malaysian context. The first production hybrid went on sale in 1997, nearly 25 years ago, it’s hardly qualifies as a new tech.

Common questions from potential buyers are: How long will the high voltage hybrid battery last? Is the service life as short as a smartphone? How much will a replacement battery cost? 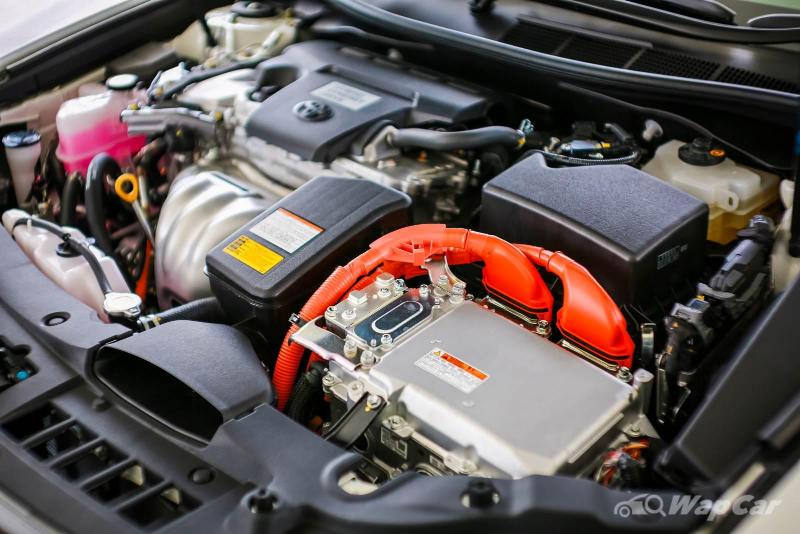 Thanks to the general market’s mistrust against hybrids, used hybrids can be had at very low prices. For about RM 40,000, you can either go for a 7 airbags Prius with a more spacious interior, or get a base specs Toyota Corolla Altis with just two airbags and no electronic stability control, both 2013 cars.

Are hybrids reliable in Malaysia?

Look around you, is there a car park that doesn’t have at least one Toyota or Honda hybrid? Over in Singapore and Bangkok, taxi companies there often use Toyota hybrids, and those cars clock very high mileage under similar weather conditions as Malaysia.

Electrified drivetrains will become the norm and with more hybrids on the road, there will be more independent hybrid vehicle specialists coming to the market. Fixing a hybrid is not that complicated. It’s just a matter of finding the right people to get the job done.

The oldest Toyota Prius is now in its 11th year of service in Malaysia. The Honda ones are even older, dating back to 2007, the FD generation Civic Hybrid, but few were sold.

As long as you stick to a Toyota or a Honda hybrid – the two pioneers in hybrid technology, you are fine. Just stay away from the Audi A6 Hybrid or Mercedes-Benz E300 Bluetec hybrid. 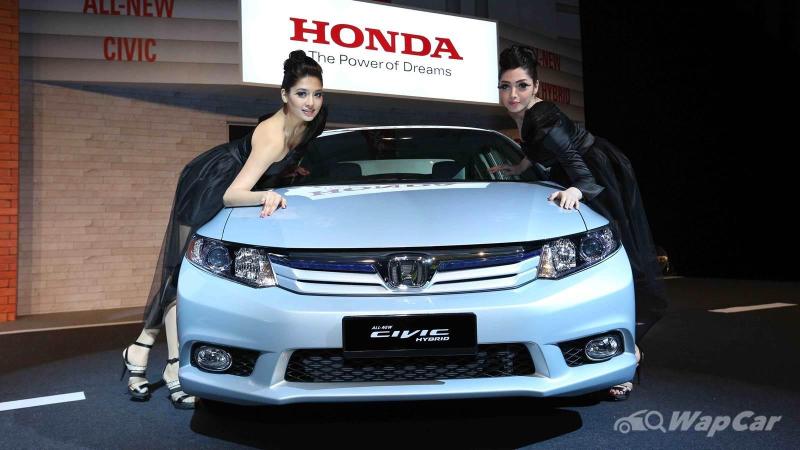 Being a used car, the usual due diligence applies. No two used cars are the same.

Both Toyota and Honda offer 8-year/unlimited mileage warranty for the hybrid battery, but this is subject to the previous owner complying with the terms and conditions. If the car is still under warranty, a complete inspection, including battery health check done by an authorized service centre is vital to confirm the validity of the warranty. 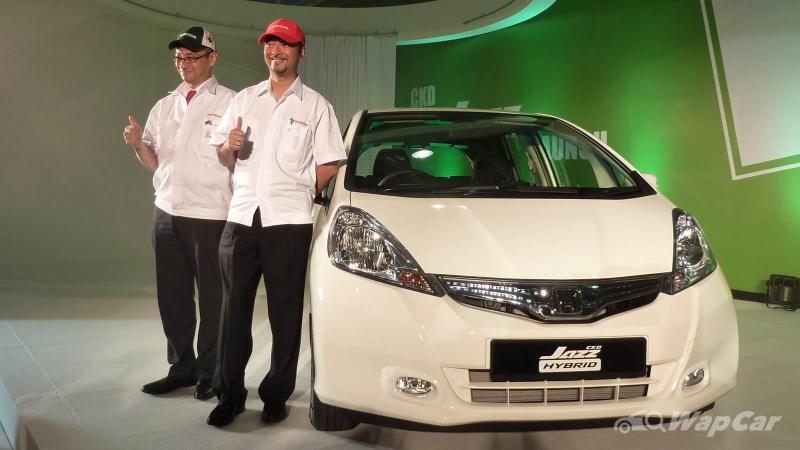 If you are buying from a used car dealer, be vary of cars with tampered odometers. If the dealer doesn’t agree to an inspection at an authorized service centre, turn around and walk away.

This is also why buying directly from the owner, which will most likely have the vehicle’s full service records, and won't surprise you with hidden processing fee charges, is preferred.

How much to replace the hybrid battery?

The high voltage battery generally have a reasonably long service life – about 8-10 years, depending on driving habits. The Toyota ones are all NiMh (for Malaysia), while Honda ones are mostly Li-ion.

A new hybrid battery for Prius and Prius c costs about RM 7k and RM 5.5k respectively, while a Camry Hybrid’s costs about RM 8k plus - all excluding labour (several hundred Ringgit) 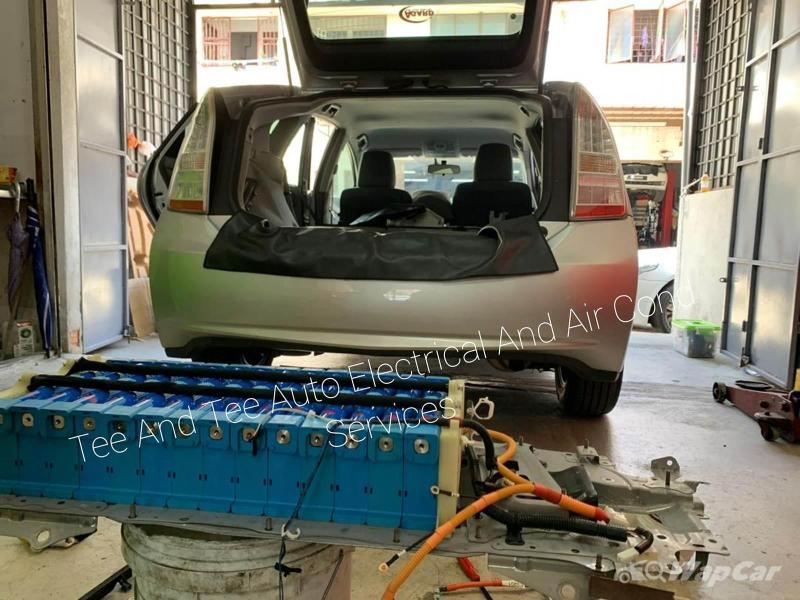 Independent hybrid specialists like Tee & Tee Auto Electrical Services will sell you both new (with 1-year warranty) and refurbished batteries for a lot cheaper.

The workshop quotes the following prices:

Whichever model you choose, budget accordingly over the vehicle’s purchase price and you will be fine.

As for Honda hybrids, you will be surprised to know that the batteries used by Honda’s IMA and i-DCD models are more reliable than Toyota’s. Workshop owner David Tee says he rarely does battery replacement for Honda models.

But if you are curious about Honda's replacement costs, it's as below (excluding labour): 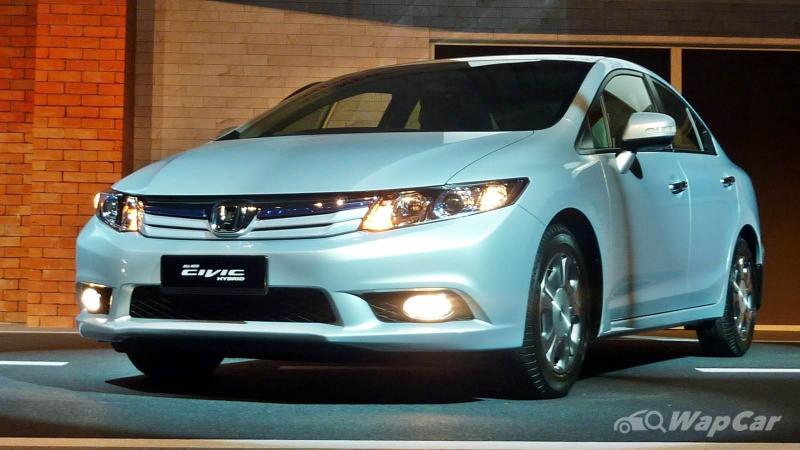 But as mentioned earler, Honda hybrids rarely require battery replacements. Instead, they see more inverter-related issues, which is the opposite for Toyota. A refurbished inverter for a Civic Hybrid costs about RM 4k to RM 5k, and RM 7k plus for a new unit.

The above applies only to the older IMA Hybrid models. The newer i-DCD Honda hybrids have no such problems, because it doesn't have an inverter in the first place - well actually there is, but it's integrated into the Intelligent Power Unit (IPU), and is not a part that you can replace separately. 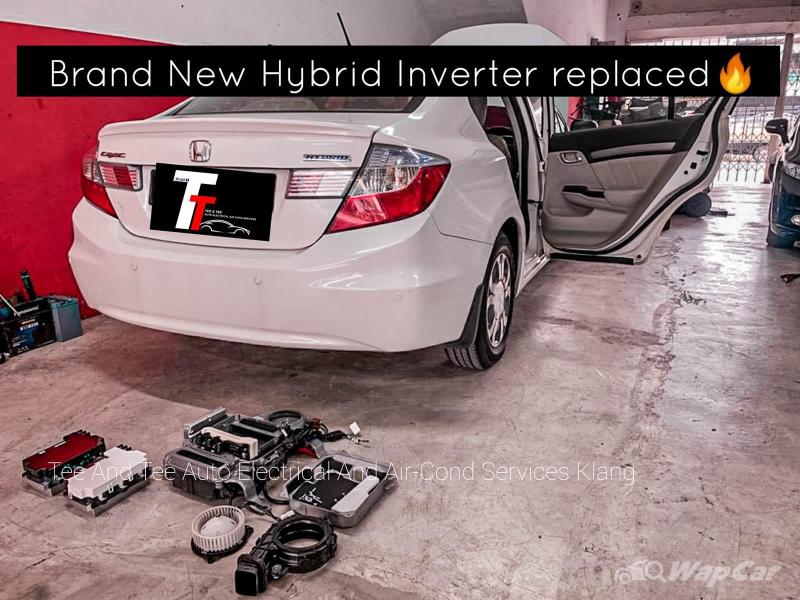 Toyota offers a 15-year warranty for its inverter. Replacements are rare but if you are one of the few unlucky owners, Toyota quotes about RM 7k to replace it (used to be a lot more but prices have come down), but Tee will sell you a refurbished unit with a 1-year warranty for RM 2k plus.

An inverter is a device that converters DC current from the battery to AC current for the motor/generator, and vice versa.

Note that unlike mechanical parts, a battery’s service life is a function of its charging/discharging cycles, not distance travelled. So a low mileage unit that’s mostly driven in the city (there’s using more electric assistance) may actually have a shorter service life than another unit that spends more time on highways.

Hard acceleration and hard braking also add stress to the battery, as well as not using the air-conditioning (i.e. a smoker’s car).

Anyway, your biggest concern shouldn't be the battery, but regular wear and tear mechanical items.

Contrary to popular opinion, the most common problems with hybrids have little to do with the hybrid components, but mechanical ones.

For example, the biggest problem with a used Prius and Camry Hybrid is not the battery but the steering rack, which is known to make rattling noises and replacing it will cost upwards of RM 7k, and this problem has nothing to do with whether the car is a hybrid or not, it affects all large Toyota models with an electric power steering rack.

So it’s a bonus if you found one that already has the steering rack replaced.

The Toyota Camry Hybrid 2.5L benefits from a locally-adapted hybrid battery but it’s also priced almost the same as a non-hybrid Honda Accord 2.4L of the same year of manufacture. 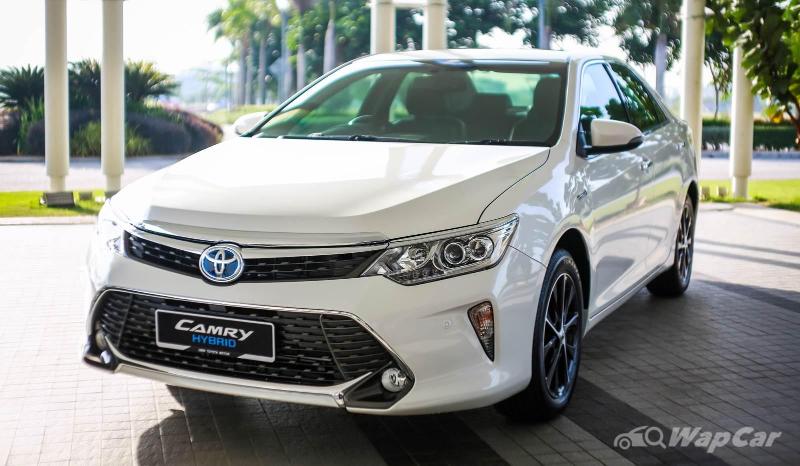 Probably because of the familiar Camry badge, the Camry Hybrid suffers little or no penalty in resale value, despite being a hybrid.

It offers great performance (205 PS combined output), space, and comfort, but as a used car, the price is still rather high. 2015 models can be had for around RM 90k. Road tax is on the higher side though, due to its 2.5L engine. 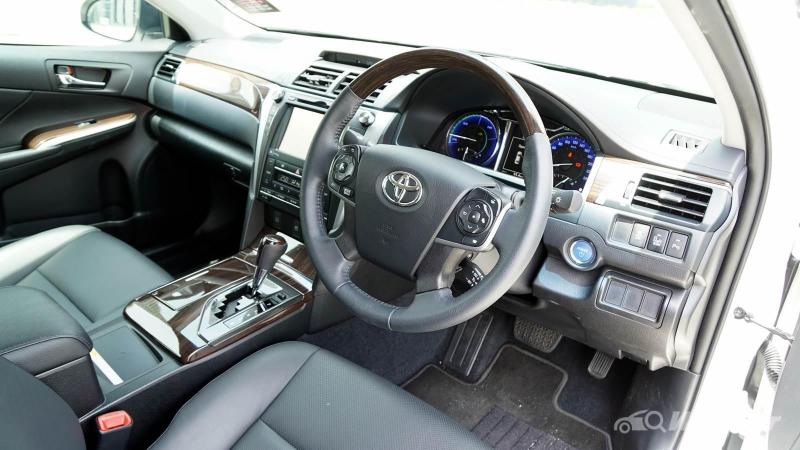 The Toyota Prius 1.8L offers a much better value. Its quirky styling doesn’t win it a lot of fans but it combines a spacious D-segment sedan-like wheelbase with the practicality of a rear hatch and 60:40 split folding rear seats, so it accommodates tall and long cargo better.

The problem however, is that it has a very low ride height. With four adults on board, the undercarriage and front bumper often scrapes speed bumps and ramps, so check underneath for damages. 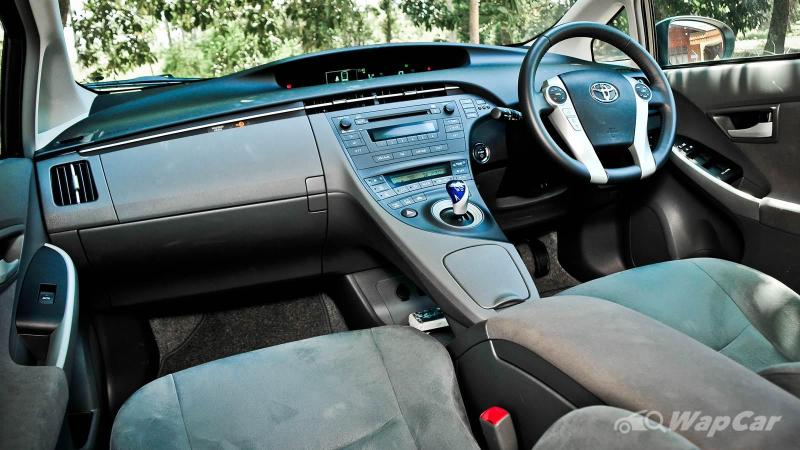 The last batch of 2013 Prius can be had for around RM 40,000 – similar to a Toyota Corolla Altis, but with far better performance and safety features. 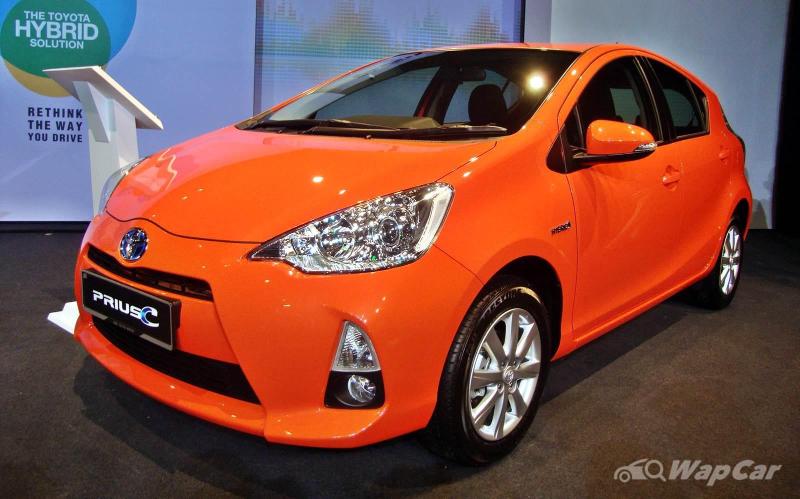 It’s easy to park, has 7 airbags with electronic stability control, and is remarkably fuel efficient. It’s less comfortable for longer distance drives but if you are looking for a cheap, reliable, fuel efficient car to get to work and back, it’s perfect.

If you are looking at Honda hybrids, the Honda Civic Hybrid 1.5L is the pick of the range, specifically the FB generation model. Why not the Honda Insight or Jazz Hybrid (IMA model) you ask?

When the engine shuts down at idle, the A/C’s cooling performance is reduced, which is not a very comfortable thing to deal with in our local climate.

The Civic Hybrid however, although it uses an IMA mild hybrid but it benefits from an electrically driven A/C compressor, so the A/C runs independently from the engine. 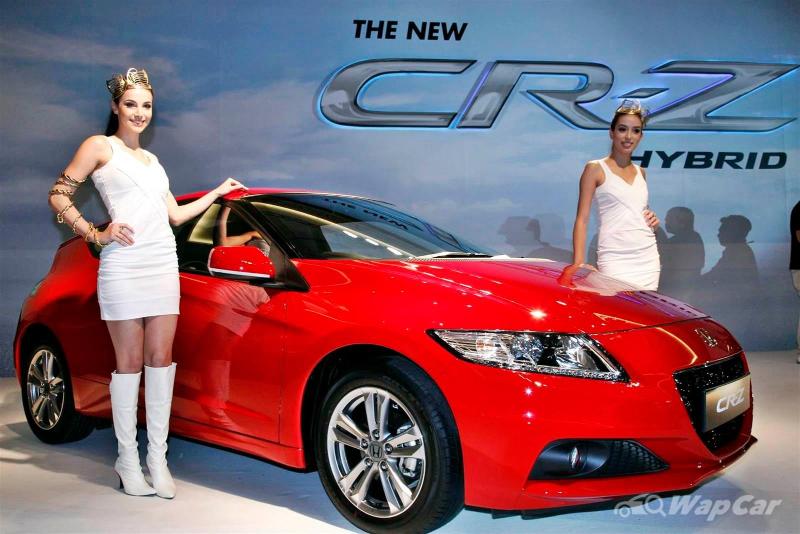 The CR-Z is nice, fun little car to drive, and its chassis could easily handle far more power. It’s among the newer, cheaper, fuss-free two-door sporty looking car that you can buy without paying stupidly high prices.

The downside is of course, the aforementioned A/C for mild-hybrid IMA models.

Other items that require inspections are the electrically-driven A/C compressor (Civic Hybrid and all Toyota hybrids), as well as the brake booster/ABS module (Toyota hybrid models).

All the above Toyota Prius-related information applies to the Lexus CT 200h too. The latter is mechanically (or should we say electrically?) identical to the Prius. 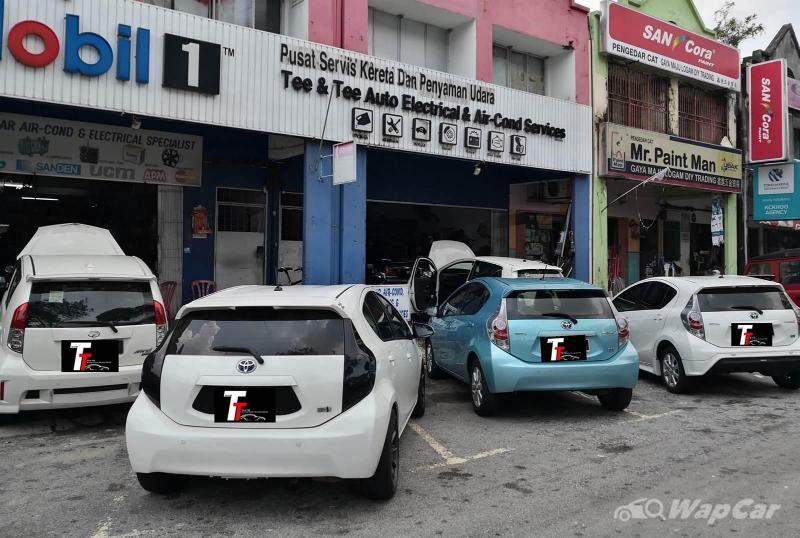 Also, if you've bought a used car, do remember to visit the authorised service centre at least once to update your contact details. This is to ensure that you are notified of recalls.

Remember that many older Honda models require replacements of their Takata airbags, while the Prius too have had several recalls, so check if these repairs have been done (it's free).