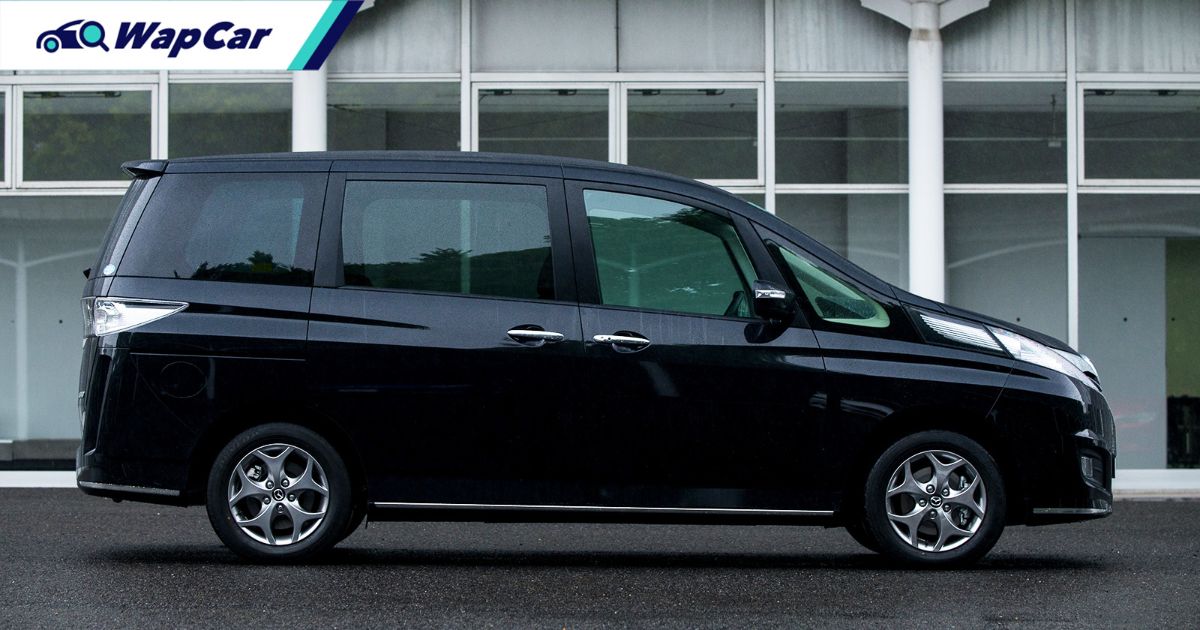 The Mazda Biante was the company’s take on a mid-sized MPV that caters to growing families and the travelling businessman alike. Though big on space and well-designed, the Biante is a relative outsider in a segment dominated by the Nissan Serena and Toyota Voxy.

Today, starting at just over RM 60k for early 2014 models, the Biante offers a roomy, very comfortable, better-driving MPV than the Nissan Serena for less money than a 2022 Perodua Alza. 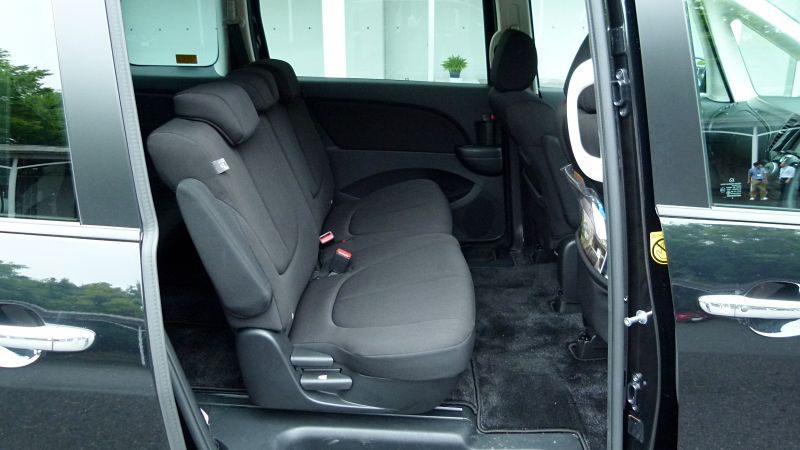 Add to that, powered sliding doors which are more practical than hinged rear doors like the Alza, and you get an offbeat gem that really should rank highly on your list if you’re in the market for a used MPV.

The Mazda Biante range in Malaysia 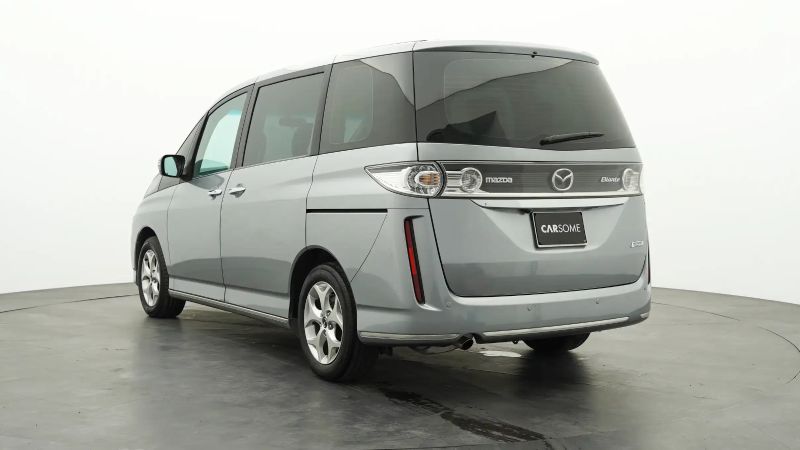 The Mazda Biante was first introduced in Malaysia in 2013, roughly 5 years after going on sale in Japan (2008). Fully imported (CBU) from Japan, the Mazda Biante was offered in a singular variant SkyActiv-G 2.0 priced at RM 145,719.

Under the hood is Mazda’s venerable SkyActiv-G 2.0-litre four-cylinder, which delivers 149 PS and 190 Nm at 4,100 rpm, mated to a SkyActiv-Drive six-speed automatic transmission. Other highlight features of the Biante include powered-sliding rear doors,  i-Stop idle stop/start and keyless entry. 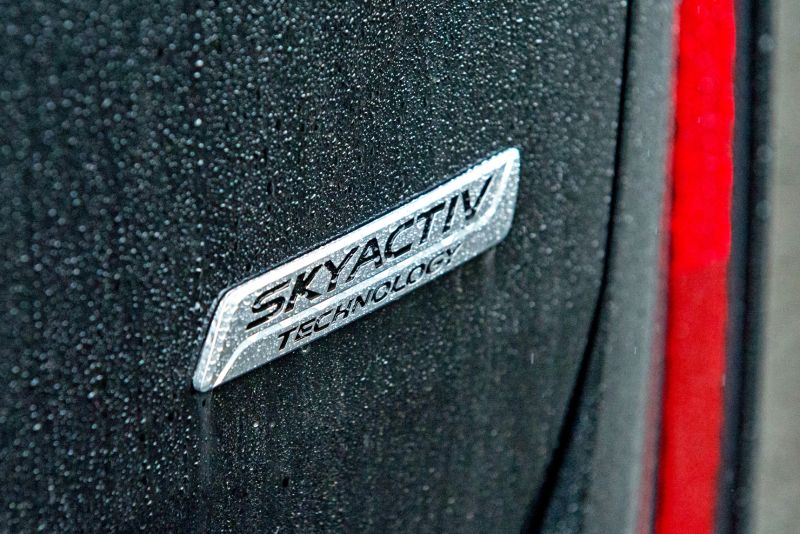 Given the Biante was launched rather late in its lifespan, it enjoyed a relatively short presence in Malaysia, between 2013 and 2017. With Mazda announcing in 2016 that it was pulling out of the MPV segment, the Biante and the 6-seater Mazda 5 (sold alongside), are the last of their kind.

In terms of competition, the Mazda Biante mainly squares off against the Nissan Serena and parallel imports such as the Toyota Voxy. 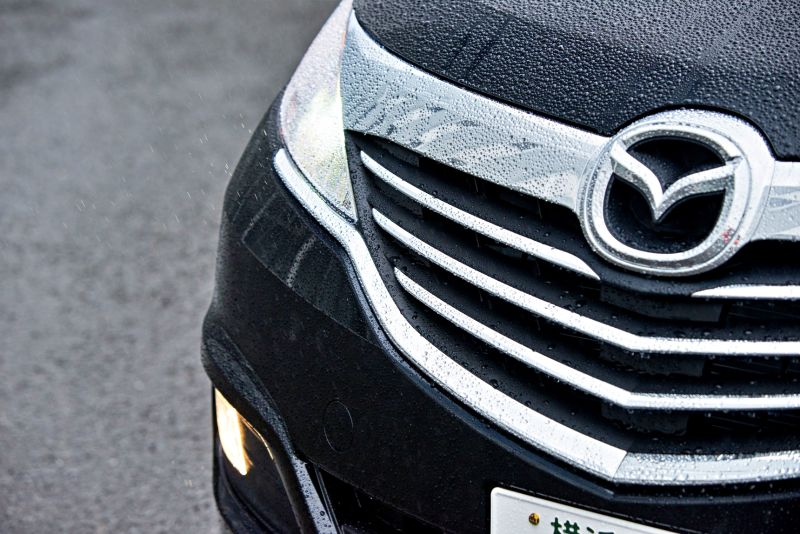 The variant to buy and current market prices

Given that only a singular variant was made available, your purchase decision will come down to the age, mileage and condition of the vehicle. 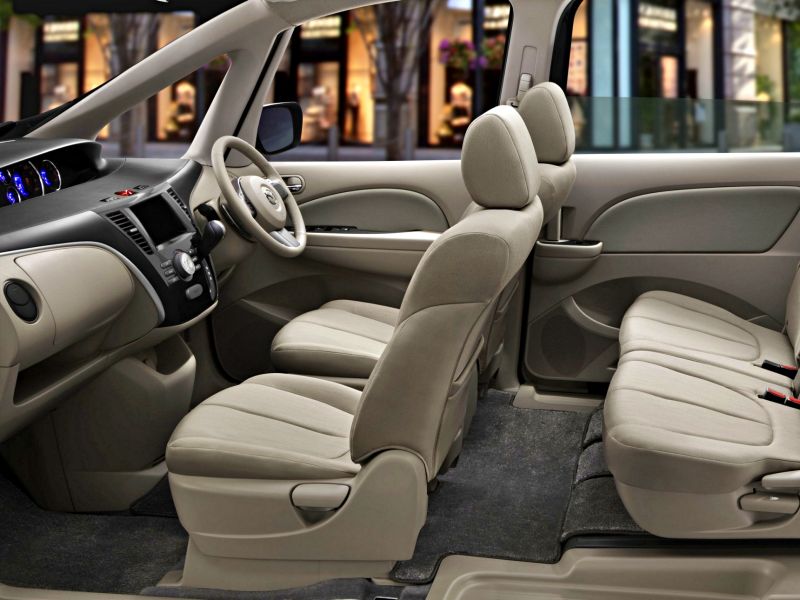 Look for well-maintained, low-mileage units with a comprehensive service history, which is the best way to go if you’re looking for a used vehicle.

Alternatively, check out these great deals on Carsome, which are offered with an extended warranty and cash discounts for a limited time only. 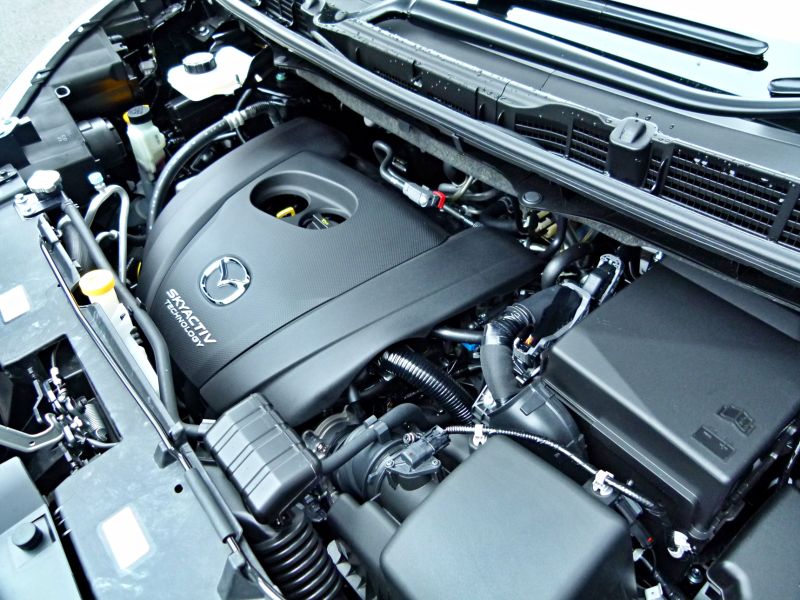 The Biante is powered by the SkyActiv 2.0-litre powerplant which is also seen on the Mazda 3 and 6, thus parts, as well as workshops that work on Mazda are rather easy to find.

As with any vehicle, timely maintenance is key to ensuring your car works efficiently and safely. Mazda's recommended service schedule is additionally straightforward, not requiring any major part replacement for the first 120k km.

Also read: Carsome serves up the hottest used car deals this November - Up to RM 8k off, 2-year extended warranty

Note that the Biante's SkyActiv-Drive 6-speed transmission contains a lifetime transmission fluid that does not require replacement unless major components are replaced.

However, we would caution against this, as manufacturers may have differing definitions of what constitutes a lifetime of a car. Thus, some independent Mazda specialists actually advise a service interval of 40,000 km to ensure your transmission runs smoothly. 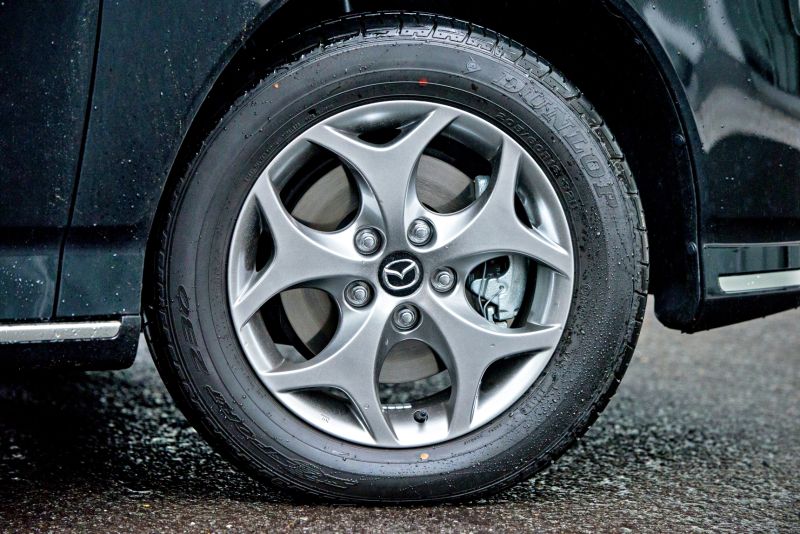 Another additional preventive maintenance advised by specialist JTech Autoserv (for SkyActiv engines) is performing a walnut blasting service every 6 - 10 months to prevent the buildup of oil sludge in intake ports. 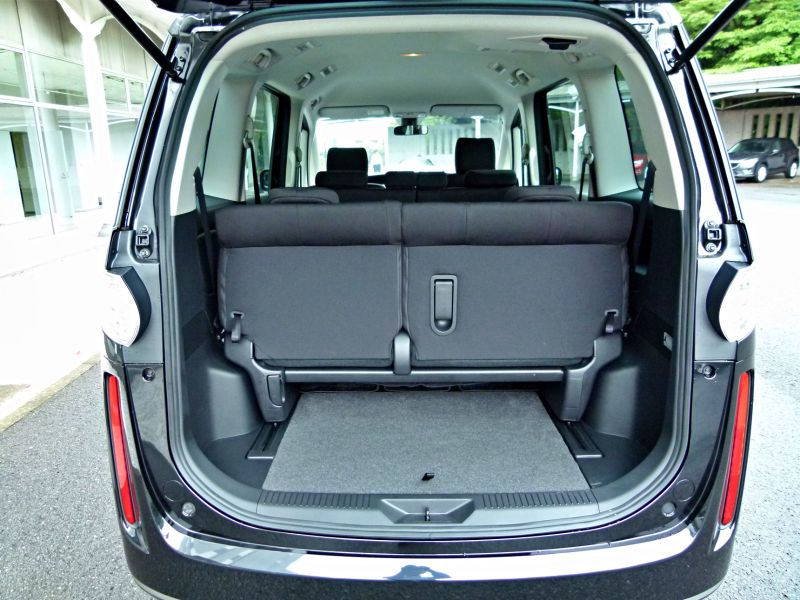 Having covered maintenance, there are a few common problems prospective buyers should be aware of.

Do note that engine leaks are uncommon with timely maintenance and the use of good quality oil and replacement parts.

Overall Mazda SkyActiv powertrains are known to be robust, offering many years of good service if cared for properly.

Also read: Used Honda Civic FB for under RM 65k Newer and better than the Civic FD, how much to maintain and repair? 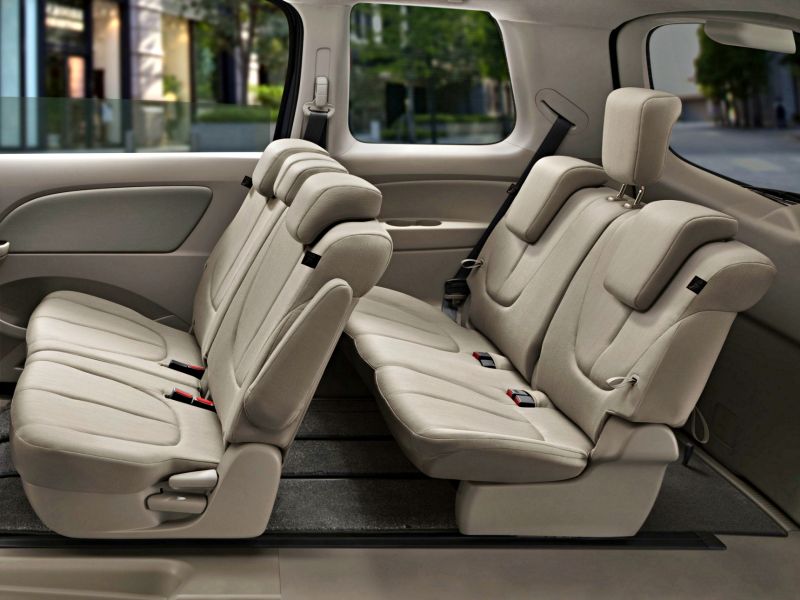 Well-designed, practical, and powered by a proven drivetrain - the Mazda Biante is a capable alternative to the likes of a Nissan Serena or recond Toyota Voxy. Plus it's one of the few midsized MPVs that can accommodate up to eight passengers.

At current prices, it's also cheaper than its competitors, thus prospective buyers are getting a lot of car, for their money. 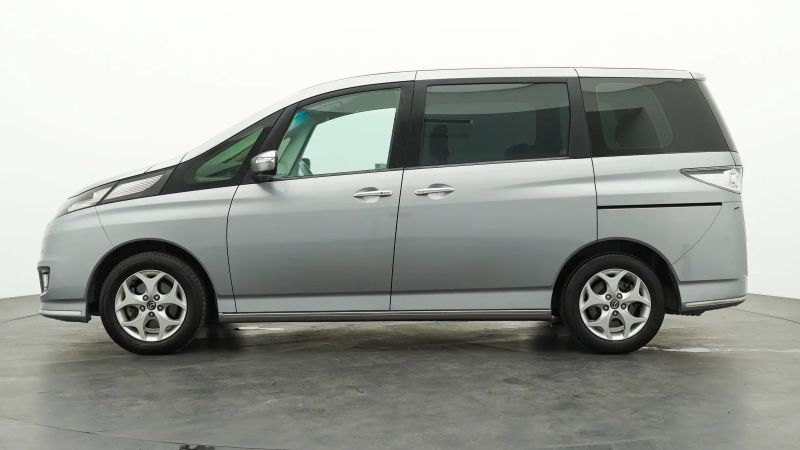 However, buyers should take their time in searching for a good example that has been well cared for and serviced on time. Here are some great offers on Mazda Biante MPVs as featured on Carsome.