Used VW Golf GTI priced as low as RM 65k, should you buy one? 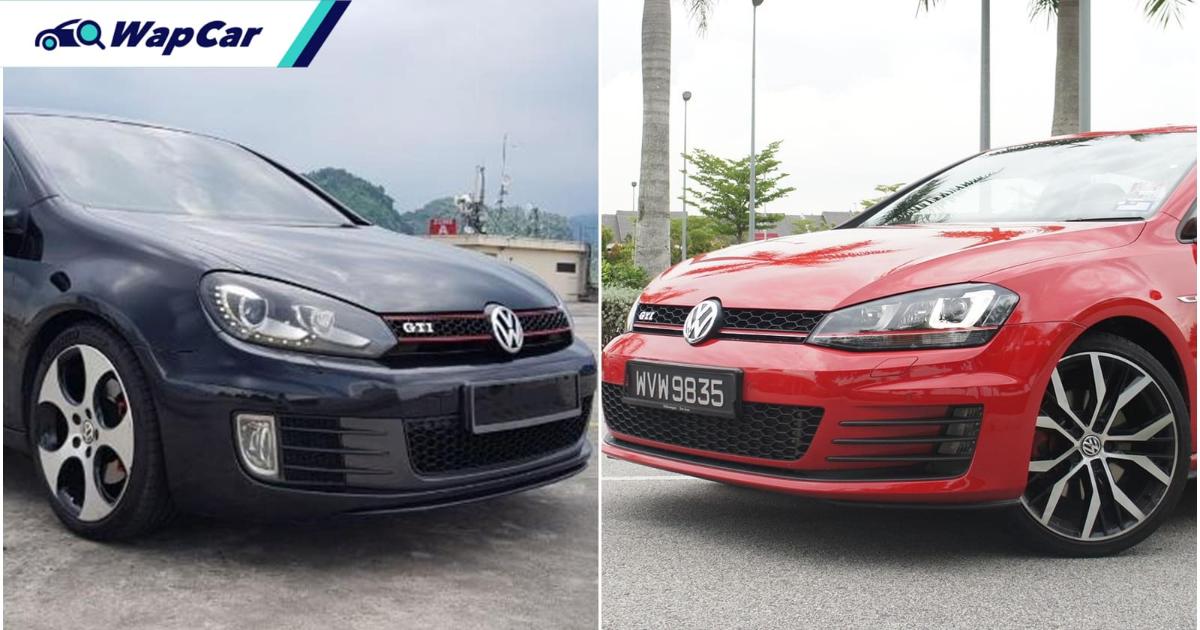 Think hot-hatch and the first car that comes to mind would be the Volkswagen Golf. Well, the Golf did literally invent the term back in its rallying heydays for its well-balanced set-up that makes its driving experience a hot-topic 50 years on. In Malaysia, a used VW Golf GTI can be purchased for as low as RM 65,000, should you get one?

For this used car guide, we’re focussing on the VW Golf GTI Mk6 and Mk7. What are the issues that you should look out for when purchasing one of these used iconic hot-hatches? 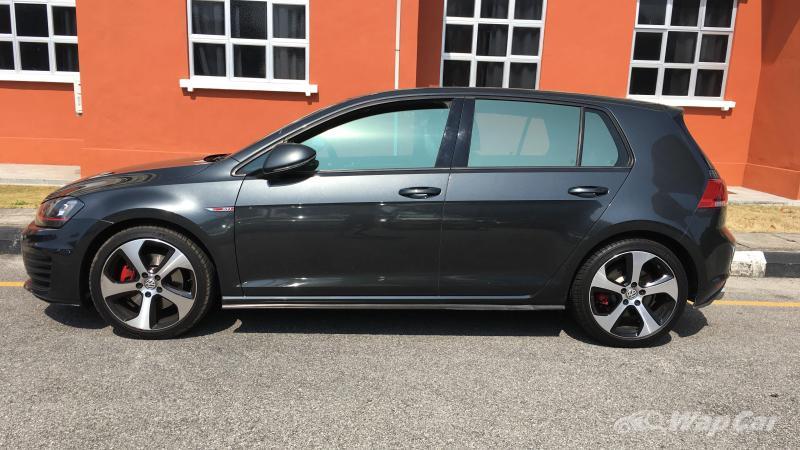 Let’s address the elephant in the room, the Golf’s dual-clutch transmission (DCT) or also known as the DSG in VW speak. The Golf, especially the Mk6, is well-known for its gearbox issues but the issue is actually more common on the standard Golf 1.4 TSI.

The Golf GTI's DSG is a much stronger unit and if the previous owner has read the manual (ahem) and sent the car for maintenance on time like replacing the worn clutch (cost around RM 2,500 – RM 4,000), the transmission generally isn't much of an issue.

But if the DSG does fails, it is usually due to a mechatronic issue causing the car to lose its ability to engage gears. You can choose to replace the part with an OEM spare part which will set you back RM 3,000 – RM 4,000, but if you prefer original parts, prepare to fork out RM 7,000.

Other than that, we referred to Mr Yazid from Contitech Automobiles to find out what other issues the Mk6 and Mk7 usually face.

One of which is the water pump failure which causes the radiator to burst. This will lead to engine overheating issues. Replacing the component and topping up coolant will cost around RM 1,100 – RM 1,600.

Both models are also no strangers to wheel speed sensor failures which will affect the car’s braking and stability systems. The replacement on each wheel will cost RM 250.

The Golf’s O2 sensor is also prone to failing which can affect the car’s fuel consumption. To replace the sensor will set you back around RM 700.

Owners of the Golf also often have engine misfiring issues. This happens whenever one cylinder in the engine stops working due to the failure of the sparkplug. This is usually caused by the failing of the ignition coil and to replace the component will cost around RM 170 – RM 200 per unit.

For the Golf GTI Mk6, the belt tensioner is also known to cause loud noises when it loosens. Solving the issue will cost RM 120 – RM 170.

Another common issue on the Mk6 is the failure of the air-conditioning compressor. The cost to change the unit is around RM 1,800. 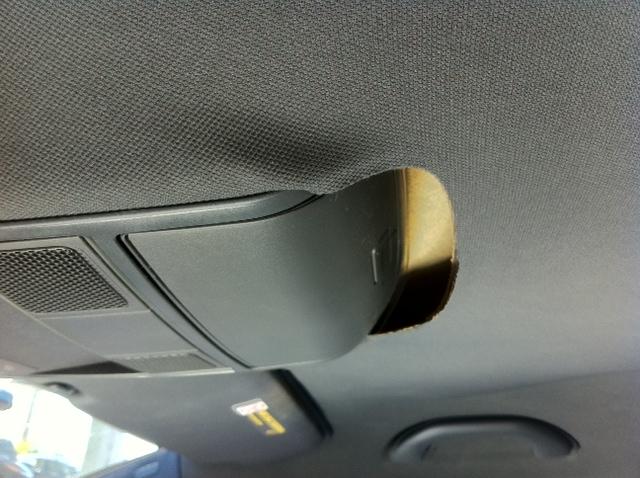 The Golf Mk7, on the other hand, usually gets complains for its noisy front suspension due to premature wear of the bearing and bracket on the lower arm. The estimated cost to replace the components is around RM 550 – RM 1,000.

Other than that, the Mk7’s engine is also prone to oil leaks due to the cover seal on the timing and rocker. The cover seal usually costs RM 400, but as replacing the part is rather labour-intensive, repair costs can push the replacement price up to RM 1,400.

It is also recommended to do a top overhaul on the 2.0 TSI engine whenever the mileage of the car hits 100,000 km. This might set you back RM 15,000. A cheaper option would be decarbonising the engine which will cost around RM 250 - RM 1,000 depending on the product used.

Like most cars, the Golf usually needs to be sent it for service at every 10,000 km. The cost to service the hot-hatch usually hovers around RM 350 – RM 450. Transmission services will usually cost around RM 800 – RM 900.

Other maintenance services like the air-conditioning or changing of common worn components like the brake pads or spark plugs usually cost the same as a Japanese car.

As for the car battery, the Golf uses an AGM battery which usually lasts twice as long as a usual car battery. But this comes at a price, one AGM battery will usually set you back RM 800 – RM 1,000.

Which model should I get?

As usual, we recommend to set your aim at the facelift of each generation as the updated car usually comes with better features and common issues has been resolved by the car manufacturer. 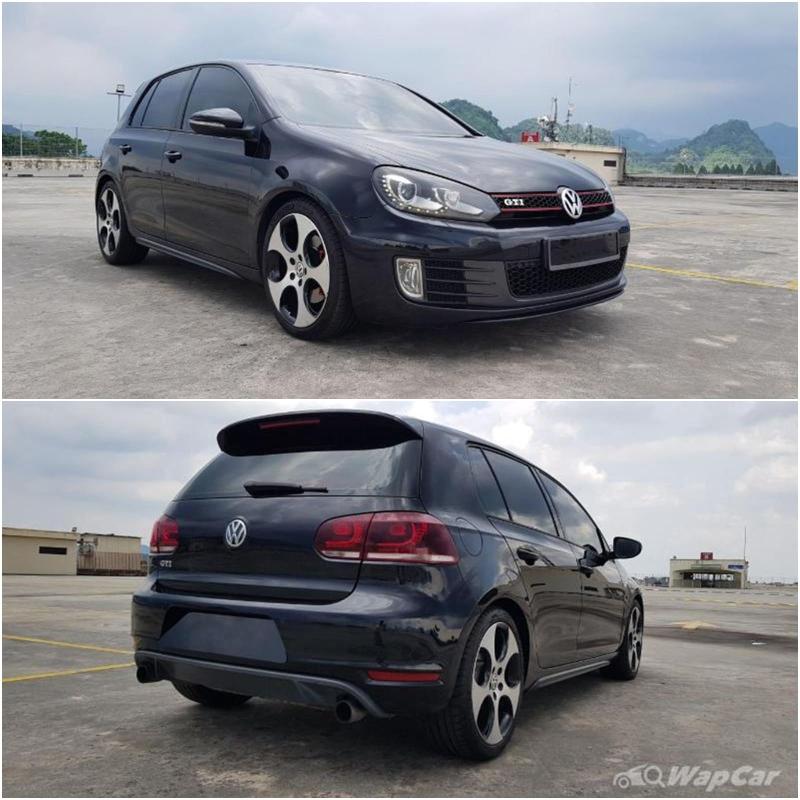 The Volkswagen Golf GTI Mk6 facelift that went on sale from 2011 to 2013 is a good bet if you’re looking to jump on the hot-hatch bandwagon. Provided if the car is well taken care of, of course. 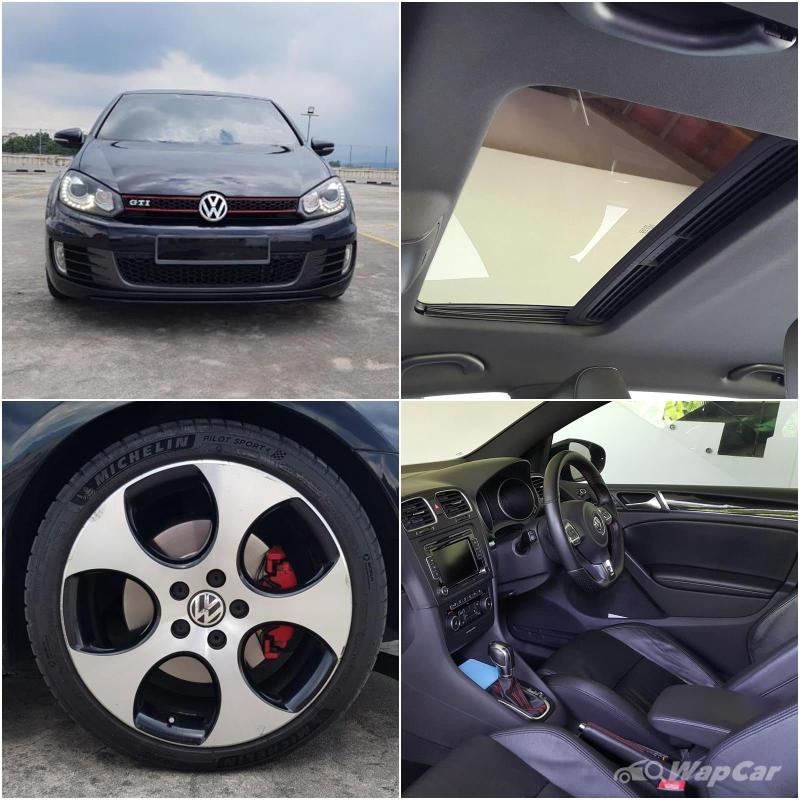 We also recommend setting your sights on a car that has not been modified in case the car has been modified with low quality parts.

Amongst the new features that the facelifted Golf GTI Mk6 has to offer are new DRLs, cruise control, sunroof, a touchscreen infotainment system, and 18-inch wheels. 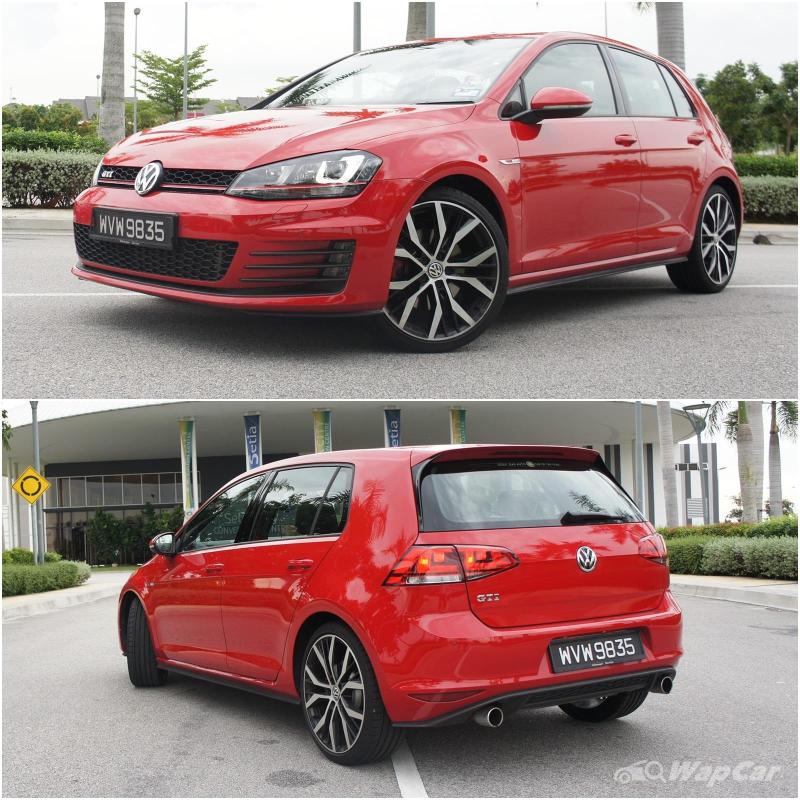 For the Volkswagen Golf GTI Mk7, the 2013 model with Tech Pack is the best model to set your sights on as the pack offers leather seats, electric adjustable front seats, and Dynamic Chassis Control (DCC). 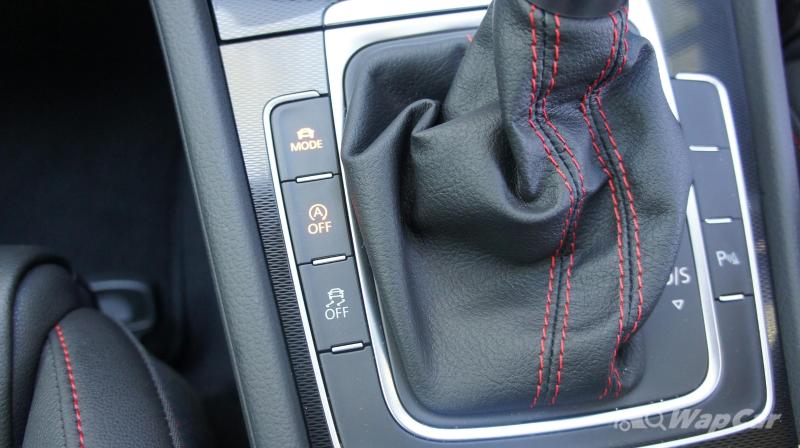 If budget is not an issue, we recommend going for the 2018 model (Mk7.5) if you can find one used. Yes, believe it or not, there are already Mk7.5 units up for sale on the used car market. 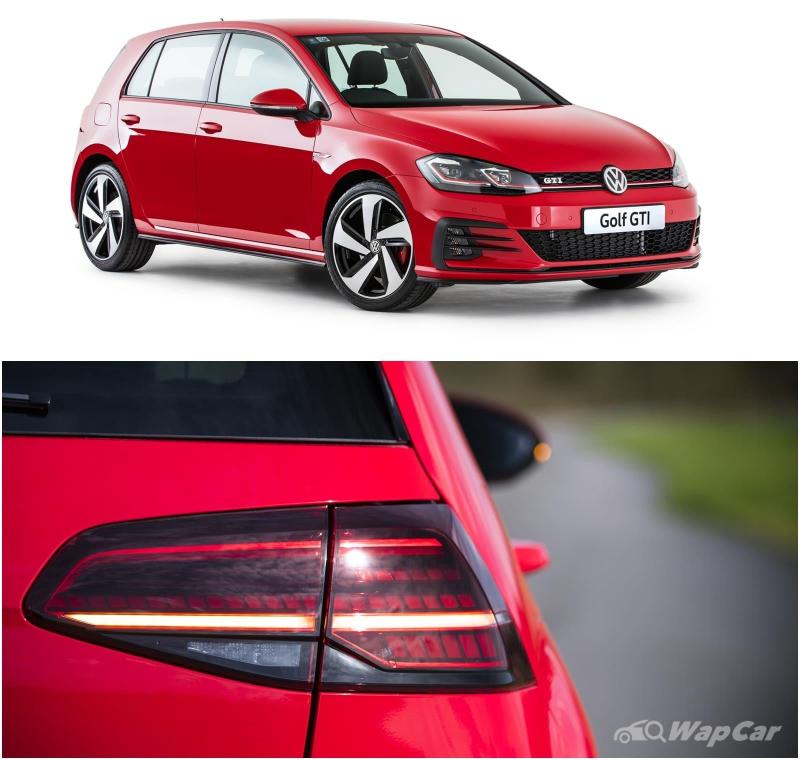 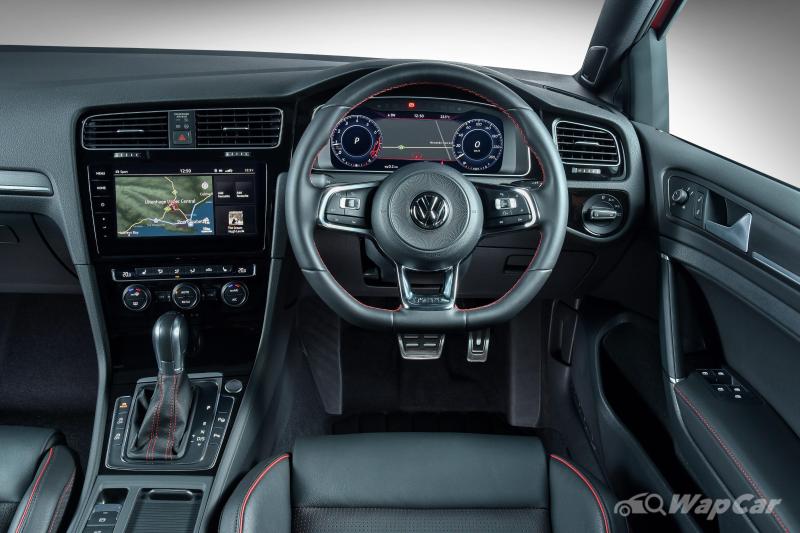 And if it makes a whole load of difference, the Mk7.5 also dispenses 10 PS more than the Mk7. 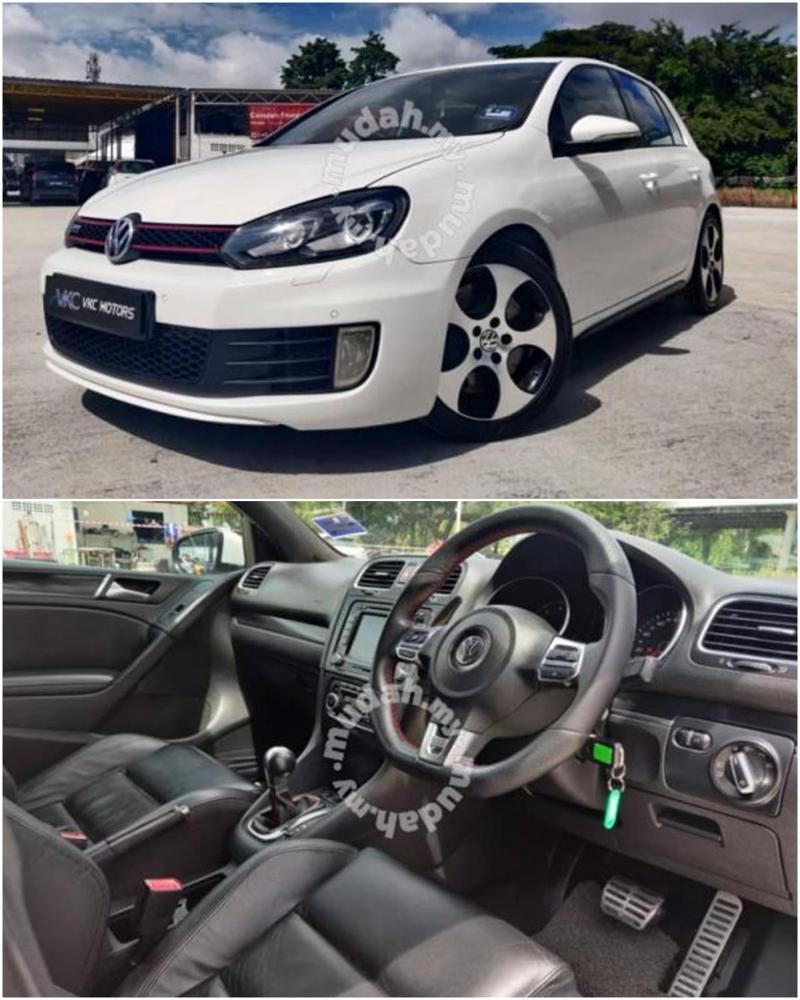 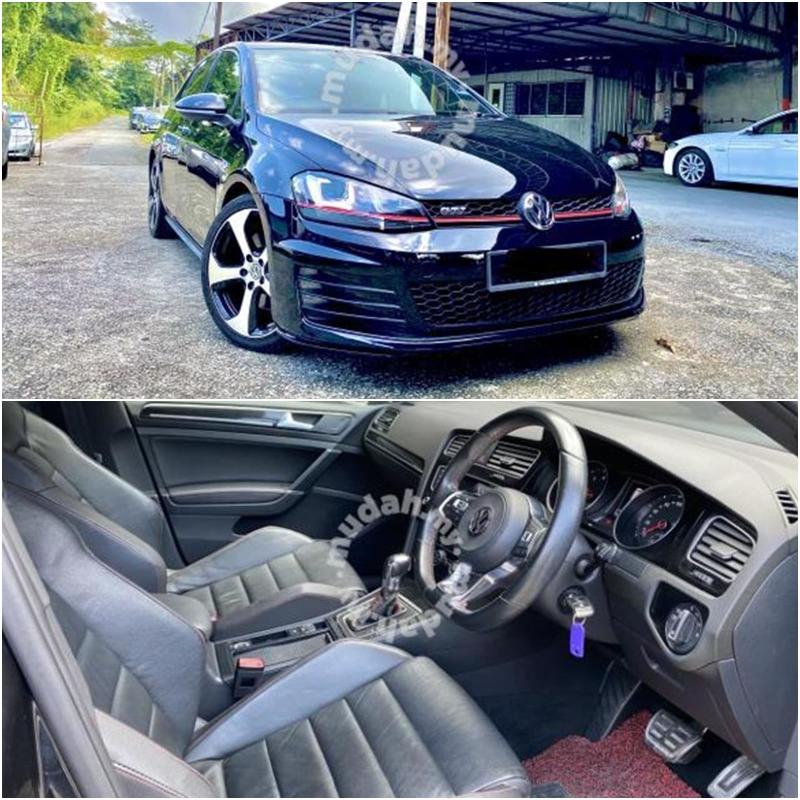 Take note that the prices you see on used car listing sites are not the final price, there are often extra charges you will need to fork out before you can transfer ownership of the car to yourself. 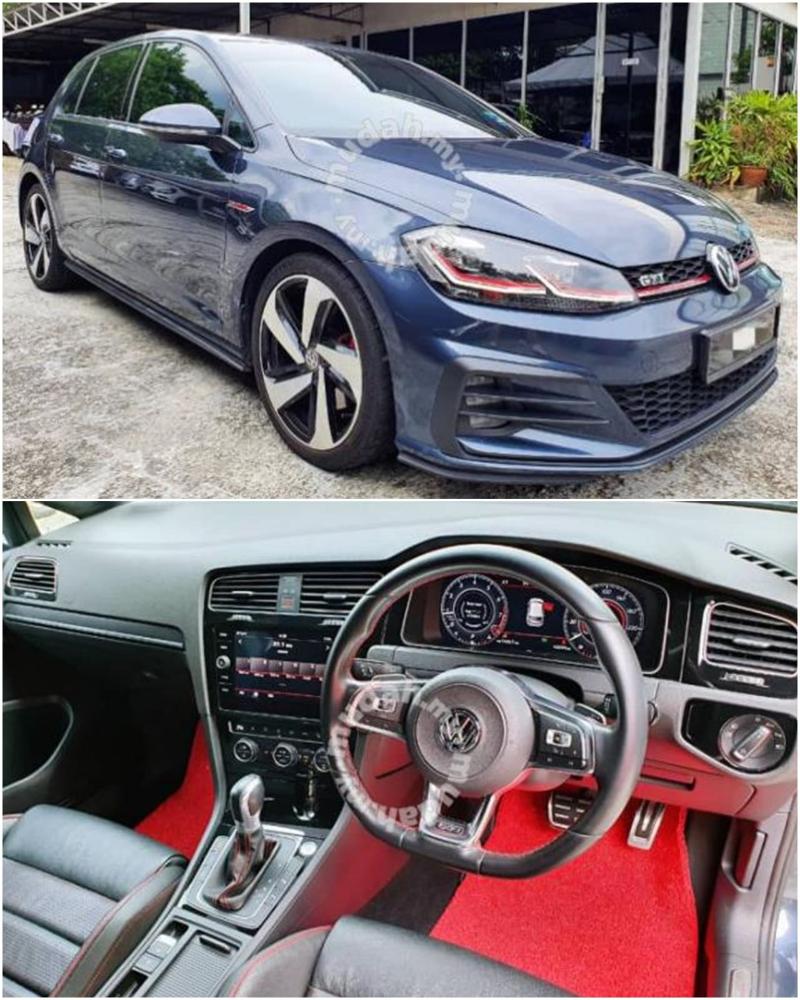 We usually recommend purchasing from private owners, but for a car like the Golf GTI that is tuned more for performance, we stress this point even more.

Buying from a private owner will allow you to get an idea what kind of driver the owner is and give you access to the full history like service and other maintenance records of the car. It will also eliminate the possibility of mileage tempering. 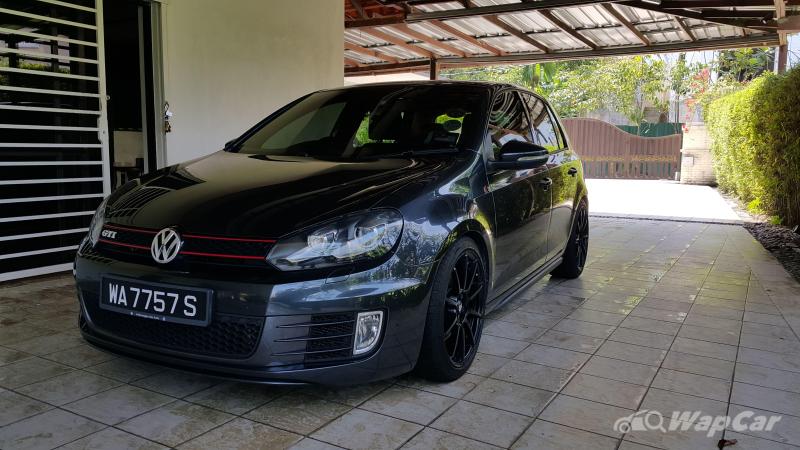 Other than that, it would also be easier to understand if there are any previous damage on the car either from accidents or from natural elements like floods. 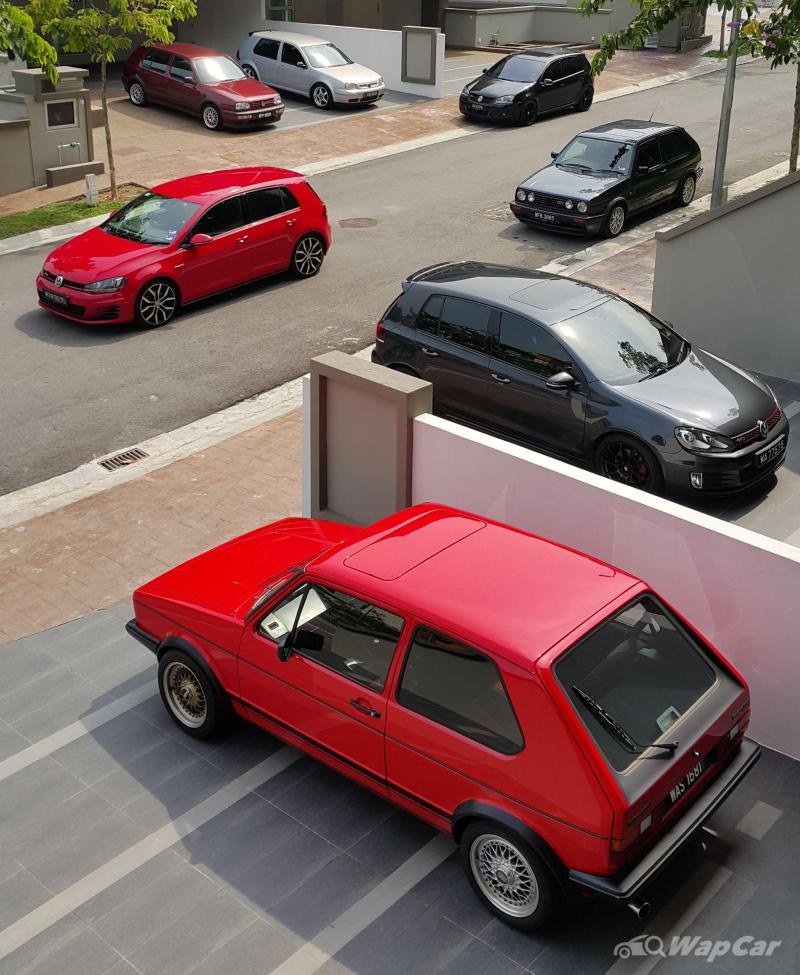 The Volkswagen Golf GTI is a prestigious model that offers you both a good driving experience and practicality in one package. If you can’t seem to justify buying a Golf brand new then perhaps a used unit would be better bet for you. 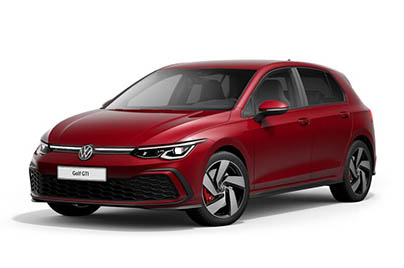