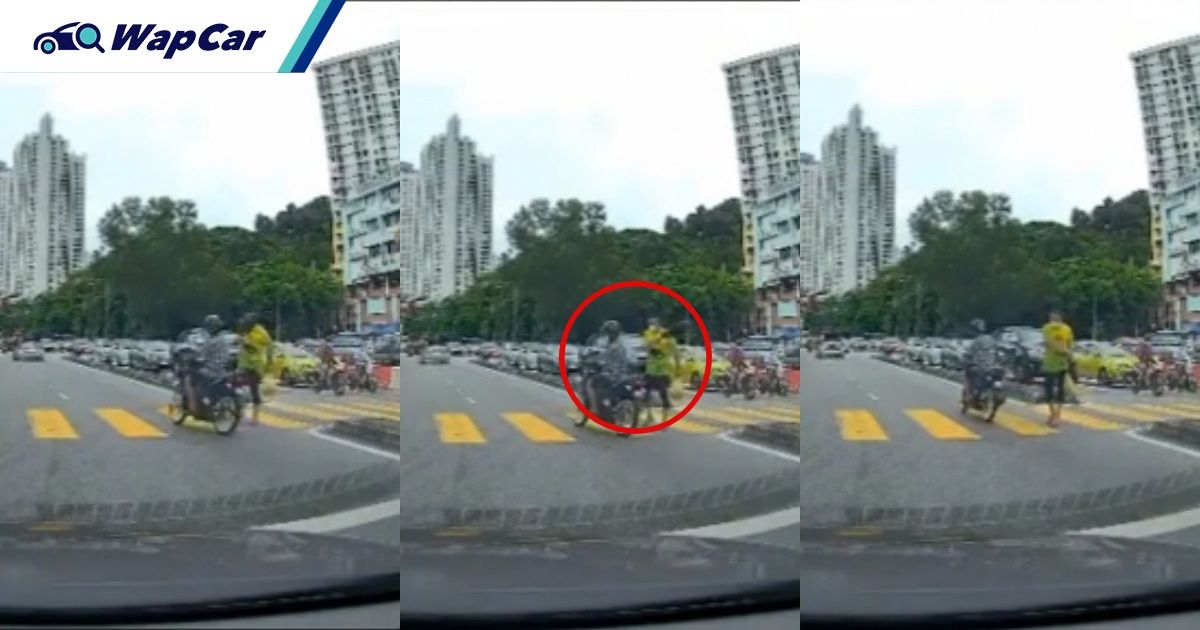 It isn’t totally unheard of (or in this case unseen) that cars and motorcyclists ignore the pedestrian crossing lights. However, it is rare to see a pedestrian swinging their belongings in retaliation at those who ignore the red light.

That was what happened in Ayer Hitam, Penang when an elderly pedestrian was trying to cross the zebra crossing only to have to stop as several vehicles jumped the red light.

One of them, a motorcyclist, almost mowed down the elderly man as he was already in the middle of the crossing.

The TikTok video didn’t just give social media a good laugh, but also highlighted the possible dangers of jumping the red light at a pedestrian crossing.

Either way, it is satisfying to watch the man swing his bag at the unsuspecting motorcyclist.