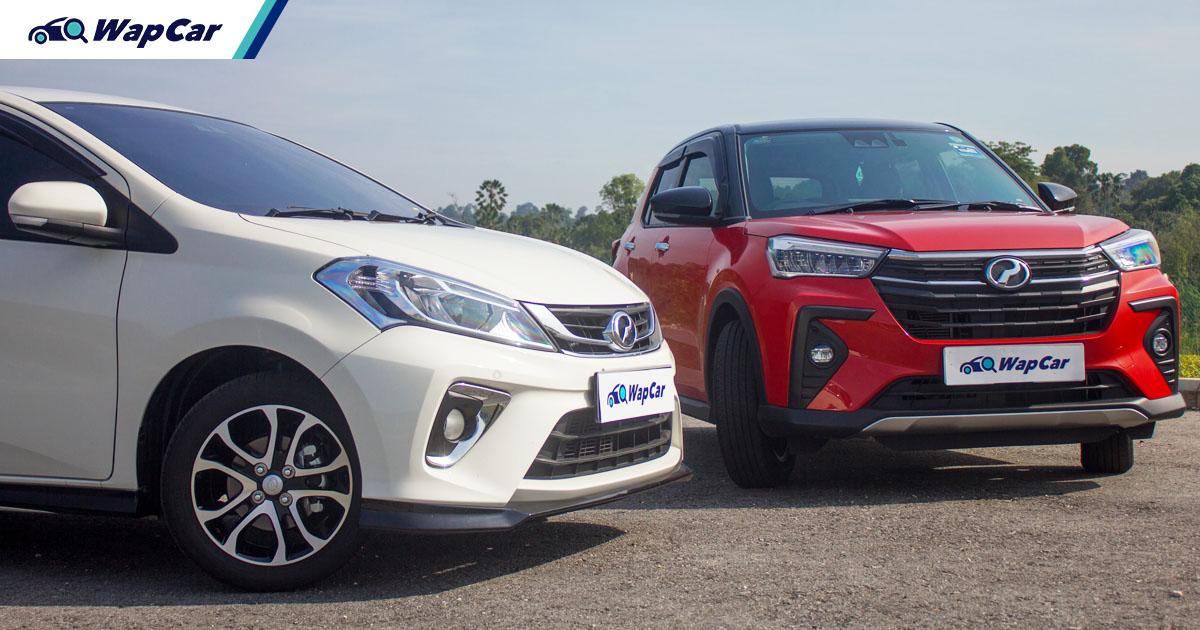 Back when the Perodua Ativa was still referred to as the D55L, some of us were already contemplating whether to wait for it or to just buy the good old Perodua Myvi.

Even now, some of us are still deciding between the two cars since both are attractively priced compact cars for the family. 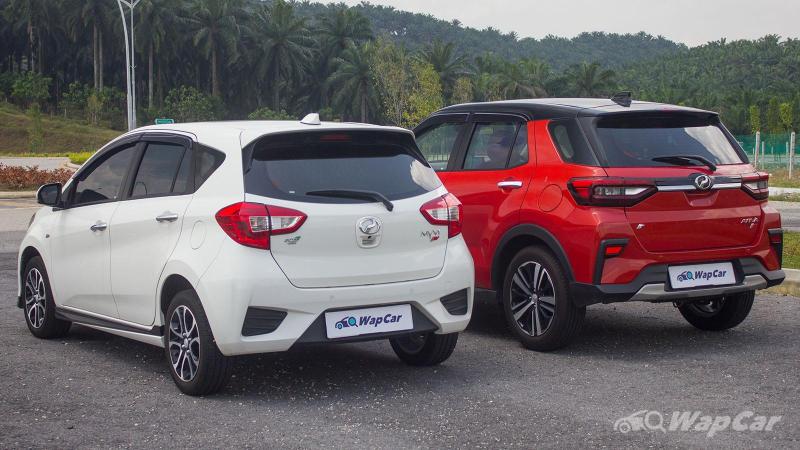 Both cars are similarly sized with the Ativa having a taller ride height and bigger wheels.

Learning that my brother-in-law just purchased a brand-new Perodua Myvi, we decided to put both cars next to each other for a quick comparison. 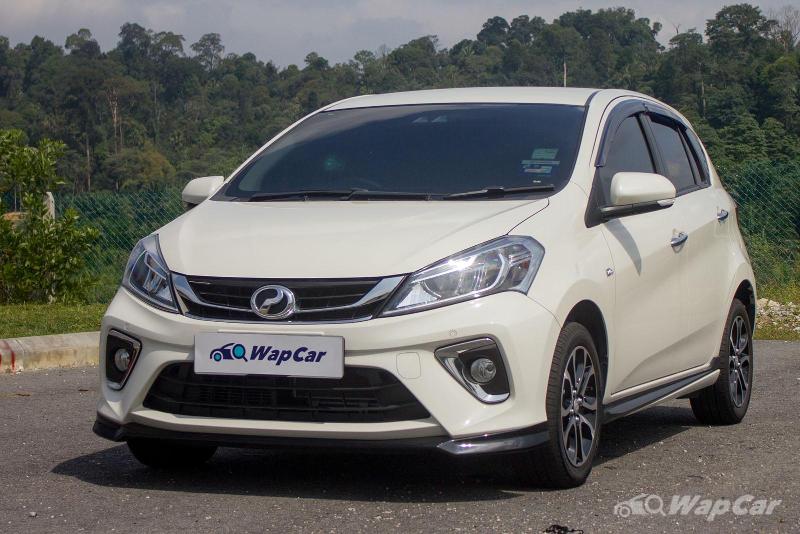 Even the cheapest Ativa is more expensive than the range-topping Perodua Myvi by about RM 9,000. Albeit still being a Perodua, the Ativa is a more premium compact car.

Here’s what things looks like with a 10% down payment and a 2.7% interest rate per annum over a 9-year loan period:

Can the Ativa justify its higher price? Here’s Adrian to tell you how we feel about it: 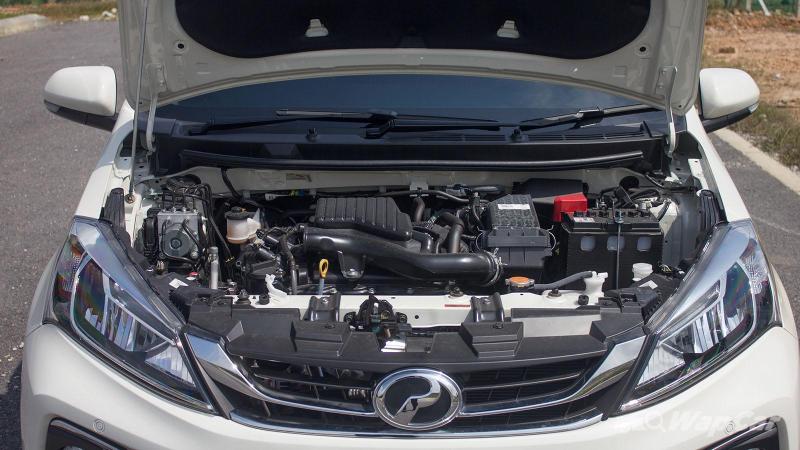 We’ve said it before and we’ll say it again – the Ativa’s CVT is smooth.

However, is the 1.0-litre engine more powerful than the good old naturally-aspirated 1.5-litre engine in the Myvi?

Looks like the answer is no. The Ativa’s peak power is only 98 PS which is less powerful than the Perodua Myvi's 103 PS.

Where the Ativa wins is in the maximum torque figure which is 3 Nm more than the Myvi’s. 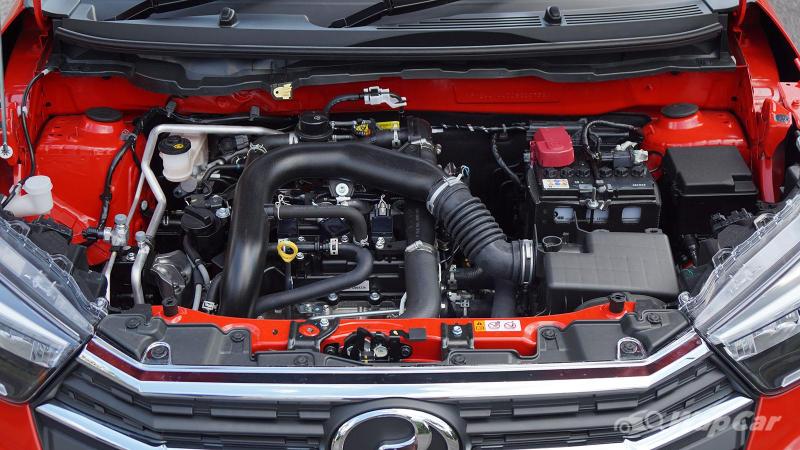 The manufacturer figures suggest that the Myvi will wipe the floor with the Ativa in a century sprint.

However, out of respect for my brother-in-law and his brand-new Perodua Myvi, we didn’t floor the car in a drag race. We'll get a press car arranged for this purpose.

Fuel consumption - To be confirmed 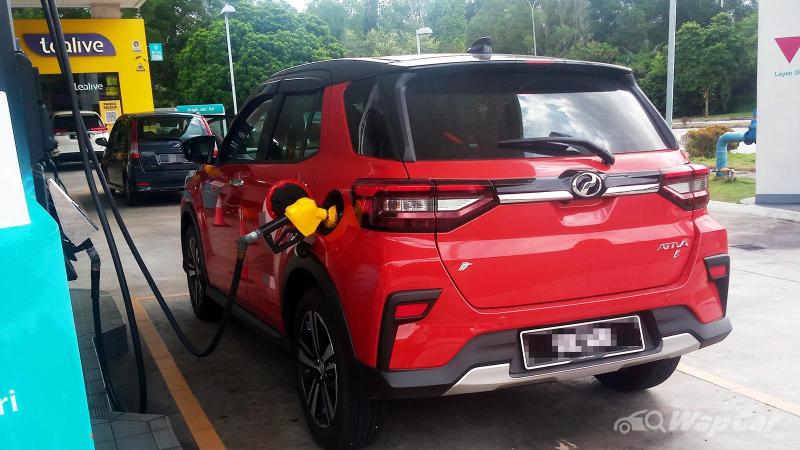 We have not conducted a standard WapCar fuel consumption test on the Perodua Myvi.

However, what we can say is that this particular Myvi has been driven for 4,725 km and the onboard fuel consumption meter (which has never been reset) reports an 8.3-litre/100km reading.

It's not an accurate figure by our standards, but a ballpark figure at least.

Our Ativa's onboard fuel consumption meter records an averager reading of 7.5 litre/100km.

It seems like the Myvi guzzles more fuel, but we'll conduct our standard WapCar test soon to confirm this.

The Myvi feels outdated with the 4-speed automatic transmission. It also feels less refined compared to the Ativa.

It seems that with the Ativa, Perodua has come up with a smooth-riding car with a more premium feel car for the masses.

Our only gripe with the Ativa is its floaty suspension. Over wavy road surfaces, one would almost feel as if the Ativa wants to launch you into the air. 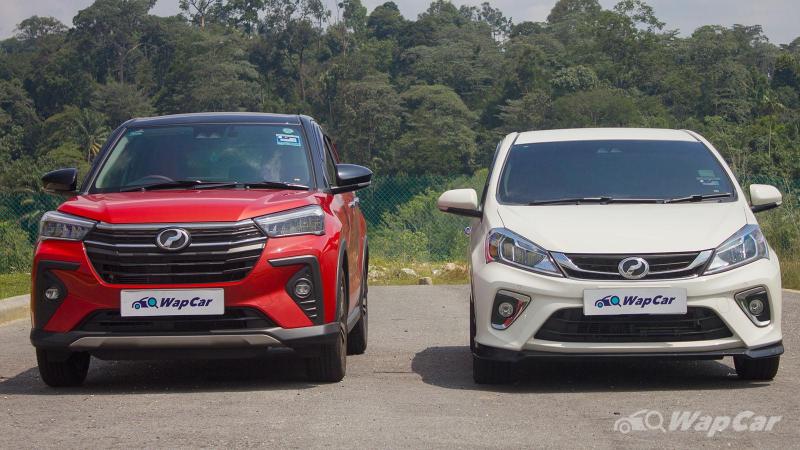 So, how do they drive as city cars?

As city cars, both cars are easy to drive with the Ativa having offering a better field of vision thanks to its taller ride height. The Ativa is larger, but ever so slightly.

Surprisingly, both cars share the same minimum turning radius of 5.1 metres, with the Ativa running 17-inch wheels and the Myvi running 15-inch wheels. 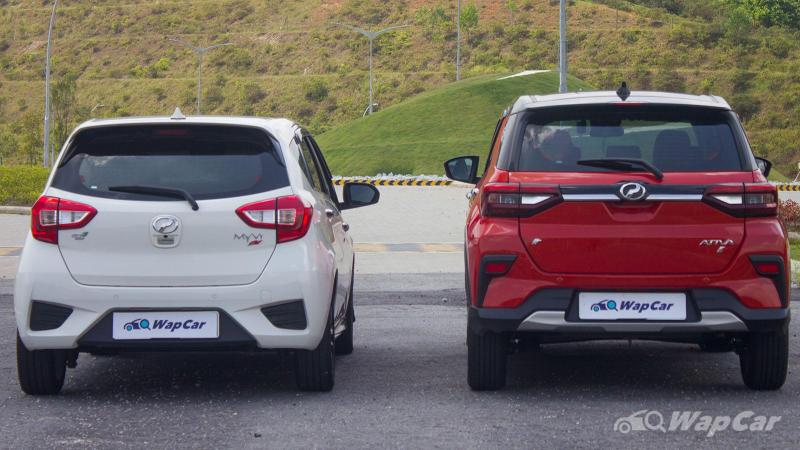 Both the Ativa and Myvi are narrow B-segment vehicles that are very easy to park.

Let's start with the seats. Here, the Perodua Myvi could use some improvements. There’s a lack of side support and thigh support in the front seats.

The Ativa wins here, despite the tacky red accents on the seats. An improvement we would suggest for the Ativa's ergonomics is the addition of telescopic steering adjustment.

Next is cabin practicality. We'd like to see one definite winner, but both cars are quite plausible with each car providing features the other doesn’t.

The Ativa offers an armrest (with storage) and cupholders near the AC vents, but lacks the “Teh Tarik” hooks that the Myvi does.

In terms of cabin space, the Myvi surprisingly offers a bit more legroom in the second row.

Although larger on the outside, the Ativa doesn't offer much more room for passengers. There's a bit more head room, but that's it. 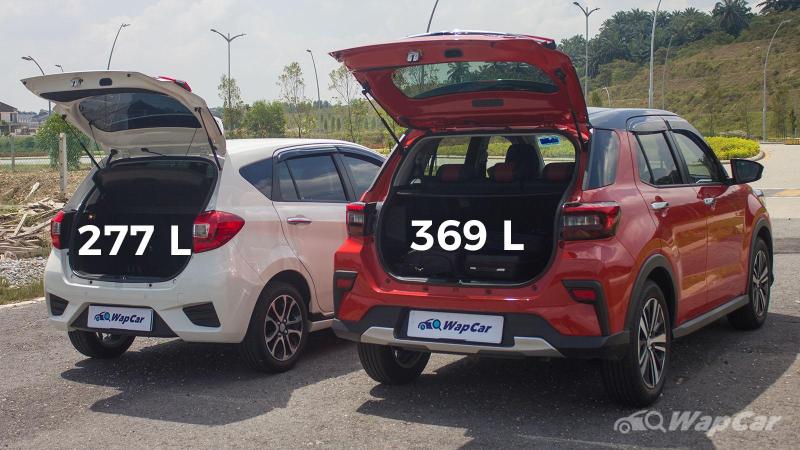 Both cars have a 60:40 folding rear-seat configuration and offer full-sized spares with alloy wheels. 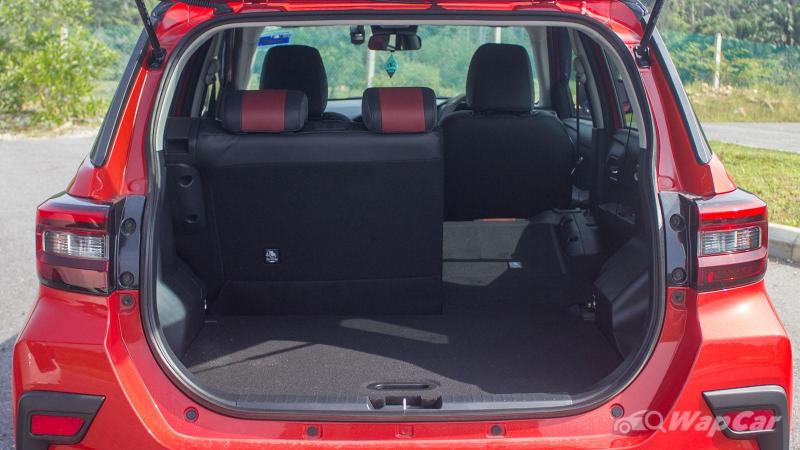 Oh, and before we forget, the Ativa isn’t equipped with the built-in smart tag reader, which is a bit of a disappointment considering the other fancy features that it has.

Here's a brief look at what both range-topping variants of the Ativa and Myvi offer when it comes to safety. ASA 3.0 in the Ativa, ASA 2.0 in the Myvi.

Over a 100,000 km mileage, the Ativa's maintenance costs more than the Myvi's if you don't factor in ProCare.

We are yet to know the Ativa's maintenance cost with ProCare as it hasn't been listed on Perodua's website. 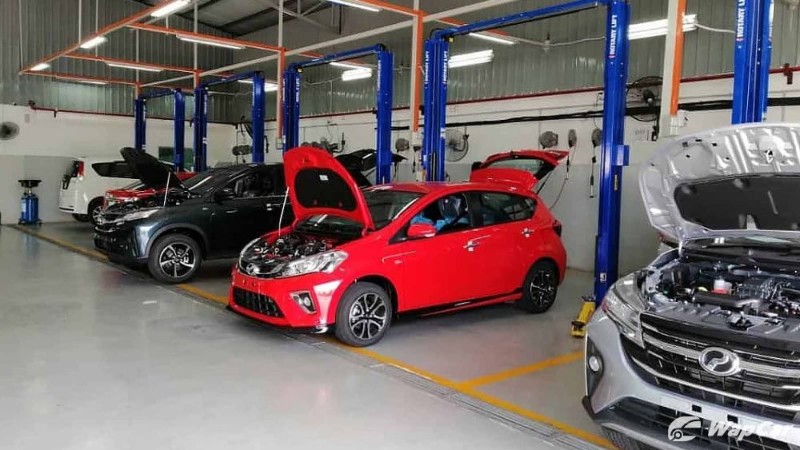 These items are listed as "optional" service items in the Perodua website. All Perodua models (except the Ativa) have optional ProCare items listed on Perodua's official website. 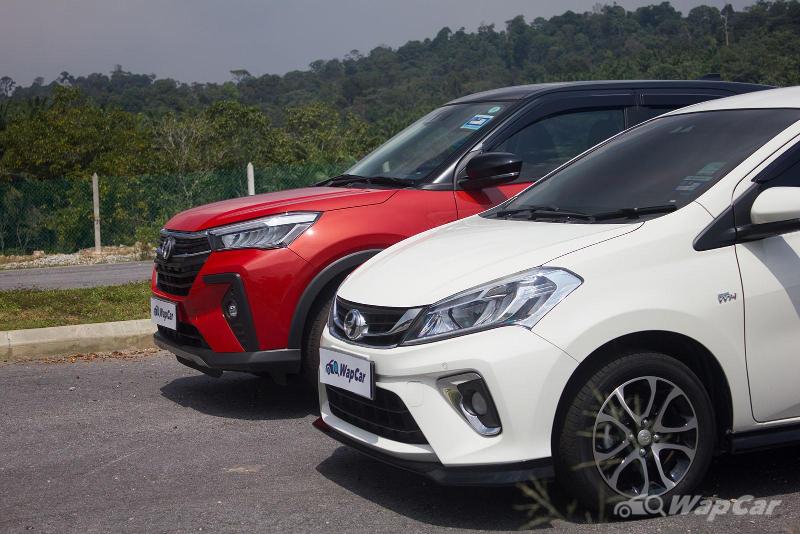 So, that's the Ativa and Myvi compare against each other. Both are great city cars that are very easy to drive.

Price itself is a big advantage for the Myvi. It's much cheaper and would be the first choice of many for a no-frills runabout.

Admittingly, the Myvi does feel outdated, but it has its own strengths to attract you too. Personally, I'd go for the Ativa just because of its more recent technology.

Which one of the two cars is your choice? Let us know in the comments section below. 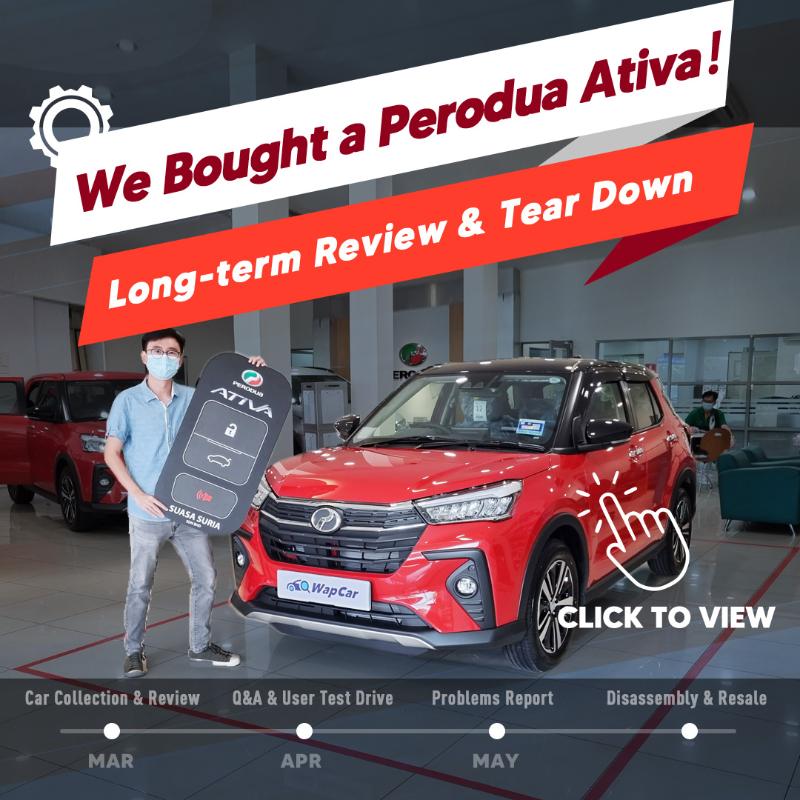