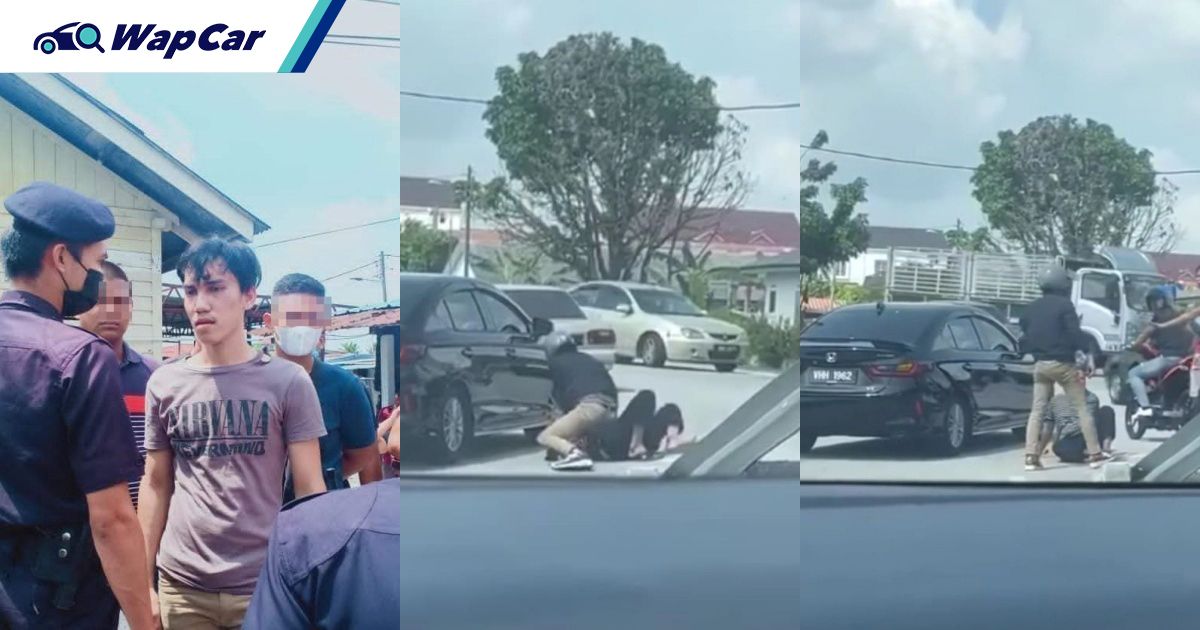 Over the weekend, multiple videos of a man beating up an elderly Honda City driver in Padang Jawa went viral on social media. The Royal Malaysian Police (PDRM) has now arrested the man for further investigation.

According to a report by Kosmo, the 23-year-old suspect was arrested after the 61-year-old victim filed a police report on the incident at around 2 pm on Sunday.

Shah Alam district chief Assistant Commissioner Mohd. Iqbal Ibrahim told the news portal that the victim was with his wife and grandchild at the time of the incident. They were on their way to Putrajaya when they came across the suspect at around noon.

The victim was turning right towards Alam Avenue when the suspect, who was riding a Yamaha Y15, allegedly shouted and started scolding the victim.

Also read: Parents of 10-year-old driver surrender to the police

Concerned, the victim got out of his car to check if he had hit the suspect, however, the suspect kicked him and then started punching him while he was down on the road. The fight was broken up when the public stepped in to help.

The suspect will be investigated under Section 323 and 506 of the Penal Code, he will also be remanded until Monday.