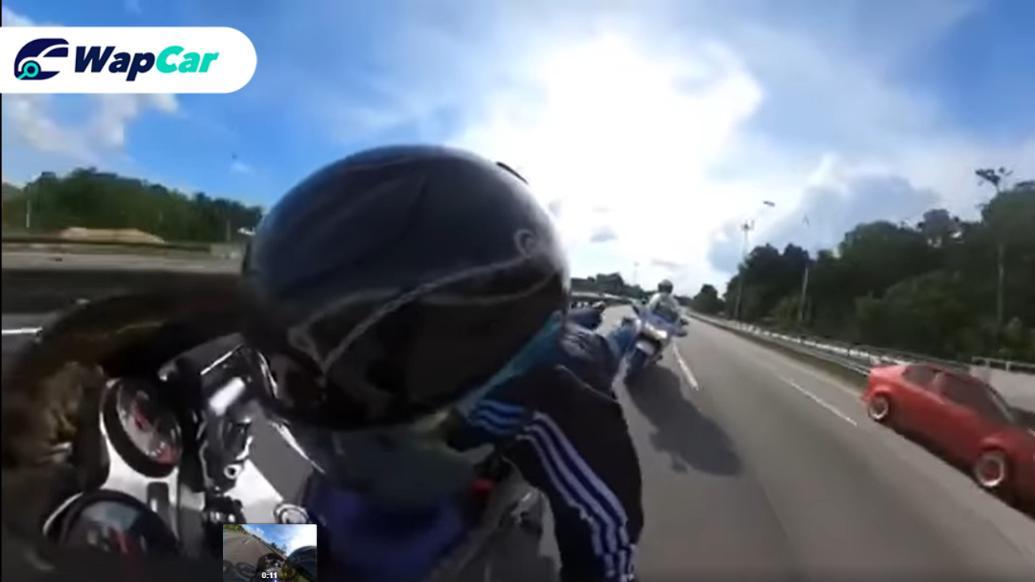 Mat Rempits are getting more modern than years passed. In this most recent video uploaded onto social media, the Mat Motor in the video was actually using a 360-degree camera to record his antics but what he didn’t think he would record is his own arrest as well.

The 360-video showed the motorcyclist attempted a Superman pose on his bike. But if had glanced over his shoulder he would have seen the policeman coming up behind him.