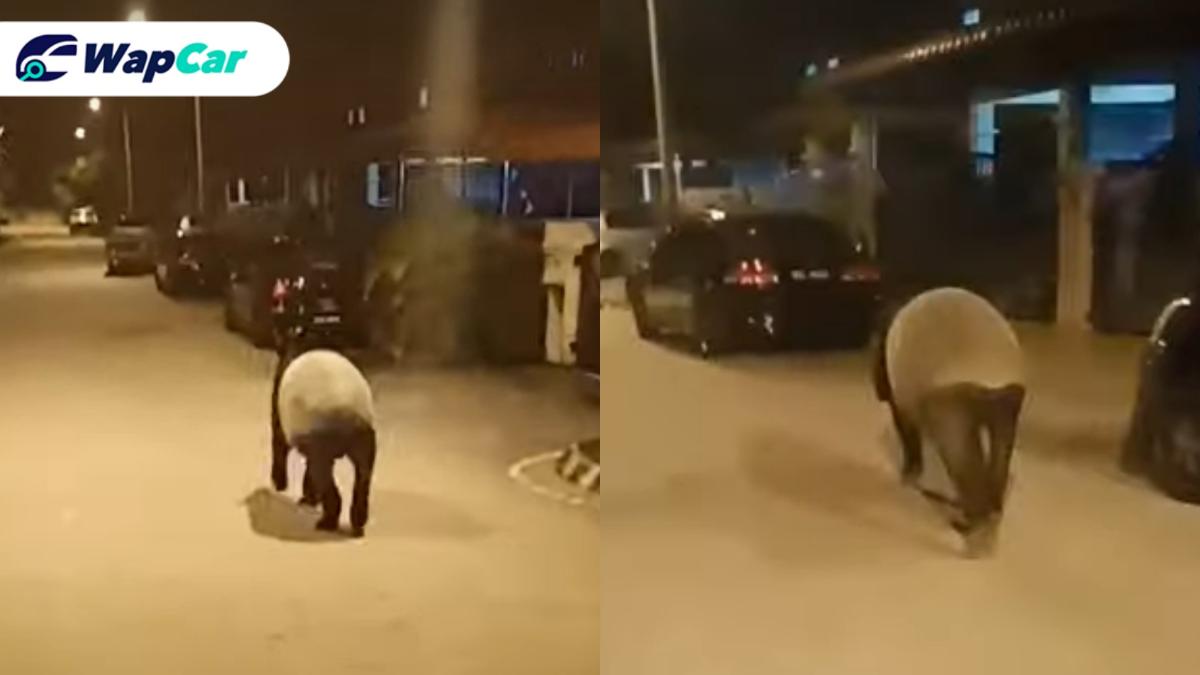 We’ve spotted monkeys, snakes, cows, and sometimes even horses wandering along roads but never have we seen a tapir! A video of a Malayan tapir running lost on a street has gone viral overnight. The incident reportedly happened in a housing area in Salak Tinggi, Sepang.

This isn’t just any plain tapir but a Malayan tapir, one of Malaysia’s most iconic animals and a type of tapir that have also been classified as an endangered species.

Experts estimate that there are only around 500 Malayan tapirs left in Peninsular Malaysia and 2,500 left in the world. A major cause to the decline in numbers is due to the lost of habitat thanks to illegal deforestation and simply lack of protection from human activities.

The 15-second video shows a motorcyclist following the lost tapir as it ran through the housing area. Towards the end of the video, the tapir is seen disappearing back into grassy land after turning a corner.

Many netizens were heartbroken after watching the video. Some even expressed their hopes that illegal deforestation will stop or that more measures would be taken to prevent the tapirs from losing their habitat.

The Malaysian Animal Association wrote on their Facebook page stating that the tapir spotted lost in a housing area is further proof that the species is facing extinction.

If you ever spot a Malayan tapir on the roads, do not approach or disturb the animal. Contact the Department of Wildlife and National Parks immediately so they can help relocate the tapir if it is lost.