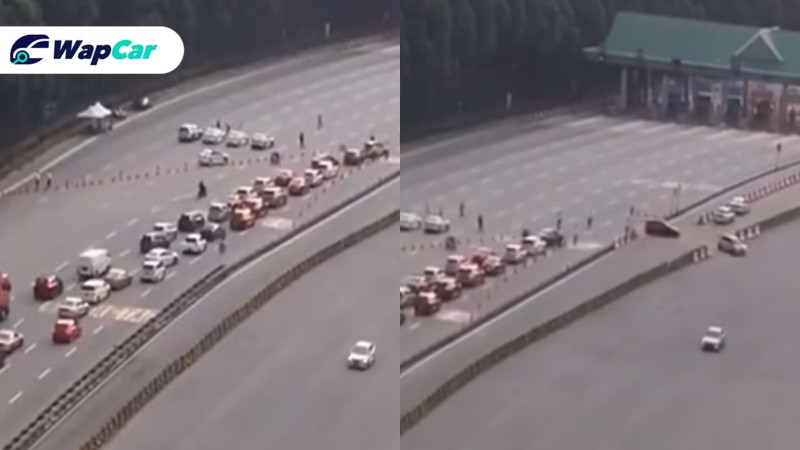 Despite the various warnings given by the government not to travel interstate without the appropriate permits, there are still many who attempted to cross the border without permission. Many cars were seen turning back at road blocks and a Tik Tok user decided to send these cars off with a hilarious video.

The Tik Tok user made light of the situation by taking a CCTV footage of a roadblock and layering the iconic “Balik Kampung” song in the background. As if telling these cars that were turned away that since you can’t balik kampung, just listen to this song!

According to the Facebook caption, the roadblock was set up right before the Yong Peng toll in Johor. Those who do not have a valid permit to cross the border were turned back to Skudai by PDRM on duty there.

Despite the humorous effect of the video, the situation is still a matter that should be taken seriously. Already, the government has marked another 2 new locations with Enhanced Movement Control Order. And these 2 locations are in the heart of the Klang Valley.

To date the roadblocks set up by the police have turned away more than 1,600 cars attempting to cross the border without permits. On 18th May 2020, the Minister of Defence, Ismail Sabri, reported that a total of 156 individuals were arrested for trying to break Conditional Movement Control Order rules (CMCO).

The Armed Forces has also announced that they are stepping in to help the PDRM with tracking flouters. Teams will be patrolling housing areas and villages during Hari Raya to check on outstation car owners for permits as part of the efforts.

Selangor police chief Comm Datuk Noor Azam Jamaludin has stated that as of today, authorities will no longer be issuing warnings or advice and will immediately detain those who flout the CMCO.