Home > News > We need to talk about Volvo, but not about its safety

We need to talk about Volvo, but not about its safety 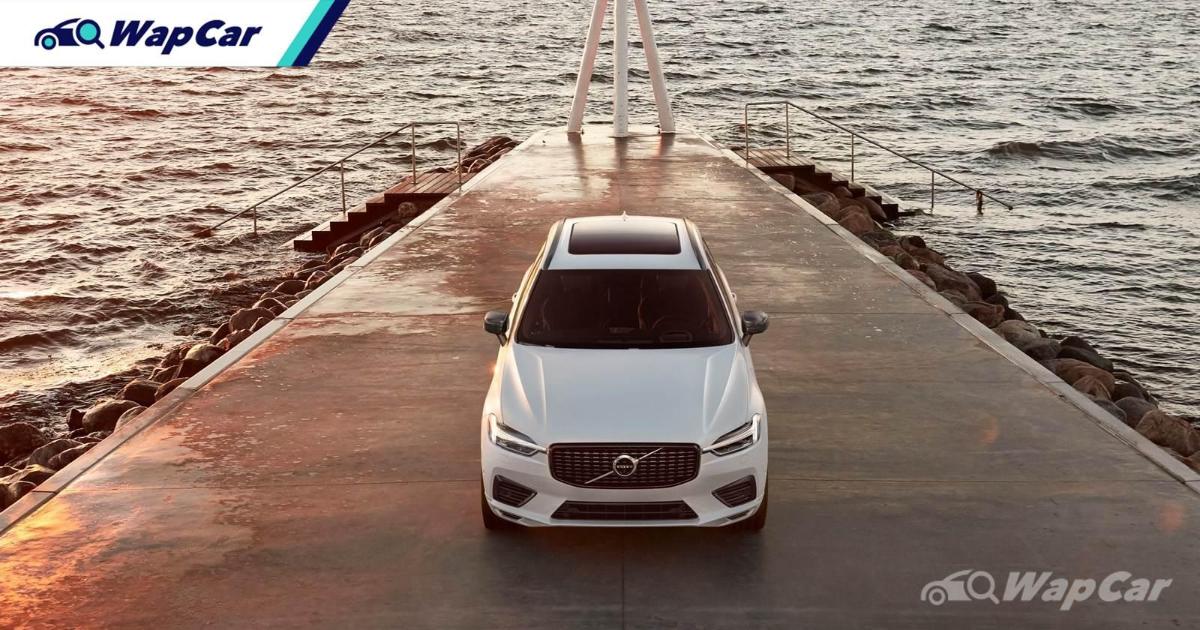 Is Volvo a true rival to Mercedes-Benz and BMW? Can Volvo take the spot currently occupied by Audi? From a purely product-focused perspective, the answer is a definite yes. However, activities on the showroom floor paint a different reality. 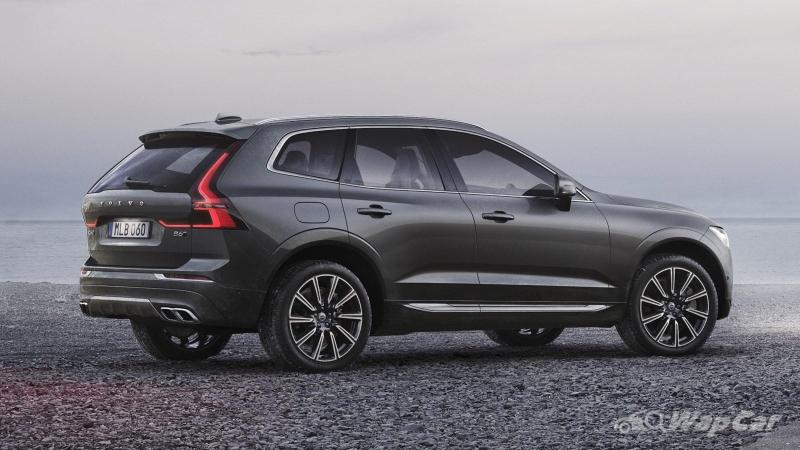 The problem isn’t because Volvo cars aren’t as good as their German peers, but because it was too good at the same thing for too long. We are talking about safety. 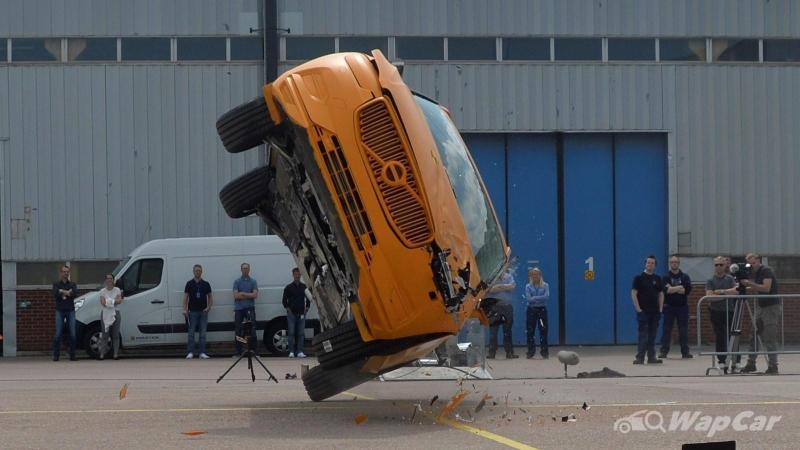 The image of Volvo is one that is still very much centred on safety. Volvo makes the safest cars in the world, and we are not talking NCAP ratings, because those lab environment-only test results don’t mean much in the real world. 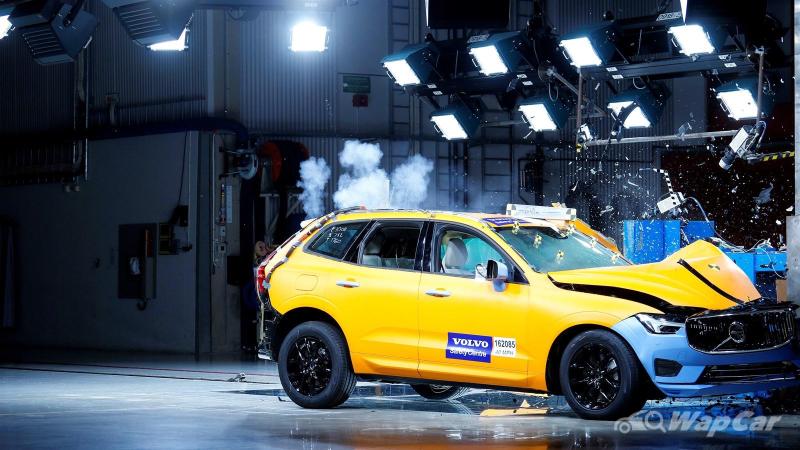 The safety features in a Volvo are designed based on real-world accidents data, more than 43,000 accidents involving over 72,000 occupants. When it comes to crash safety and collision avoidance, no other car company can match Volvo’s wealth of real-world experience – and being nice Swedish people, the Volvo Car Group also shares these data with the world for free.

But this is the paradox of success – success begets success and the positive feedback will lead one to place greater emphasis on what they do best, because that’s only logical. However over a period of time, the very foundation of their success will also make it difficult for them to seek growth in other areas.

For Volvo, safety is a double-edged sword. It has helped Volvo grow to become what it is today, but it also limits the Volvo Car brand’s narrative.

Ask any consumer about Volvo, and they will immediately associate it with safety, which is a good thing, but that also places a limit on say, how far Volvo is able to pursue the narrative on automotive luxury, a space dominated by Mercedes-Benz.

This needs to change. Customers deserve better alternatives than just more of the same German offerings. Something luxurious yet distinctively different.

In theory, Lexus Malaysia has a shot at this space but its Japan import-only line-up means that Lexus cars will always be priced at a disadvantage against locally-assembled Mercedes-Benzes and BMWs. 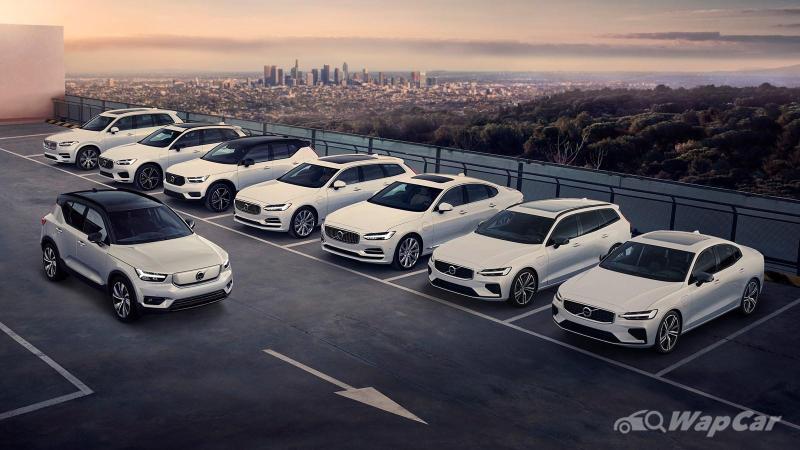 Actually we do have an alternative, a Swedish one, but the problem is that consumers won't say Volvo in the same breath as Mercedes or BMW. 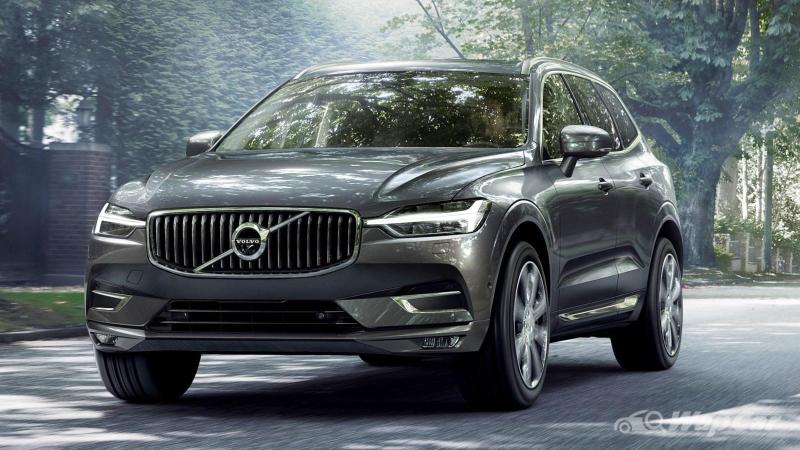 All Volvo cars sold in Malaysia are assembled at the Volvo Car Manufacturing plant in Shah Alam, all are available with plug-in hybrid powertrains, which means their firepower outguns their German rivals, thanks to additional electric boost.

The design language of Volvo cars’ cabin were laid by Robin Page, Senior Vice President of Design. Prior to joining Volvo Car, Page was responsible for the interior of the Bentley Continental and Mulsanne. He also penned Queen Elizabeth II’s one-off Bentley State Limousine.

Prior to working on Bentley cars, he was the head of interior design for Bugatti, and also did work for Rolls-Royce Motor Cars.

So don't ever doubt Volvo's pedigree.

On Volvo models trimmed in Nappa leather, the material is sourced from Scotland’s Bridge of Weir Leather Company, a company of leather craftsmen dating back to 1758.

This same company of craftsmen also made leather seats for the Orient Express train, the Queen Elizabeth II ship, and the supersonic Concorde – all superlative icons of transportations of their era.

They are more than capable of making comfortable, luxurious seats to match offerings from Mercedes or BMW. 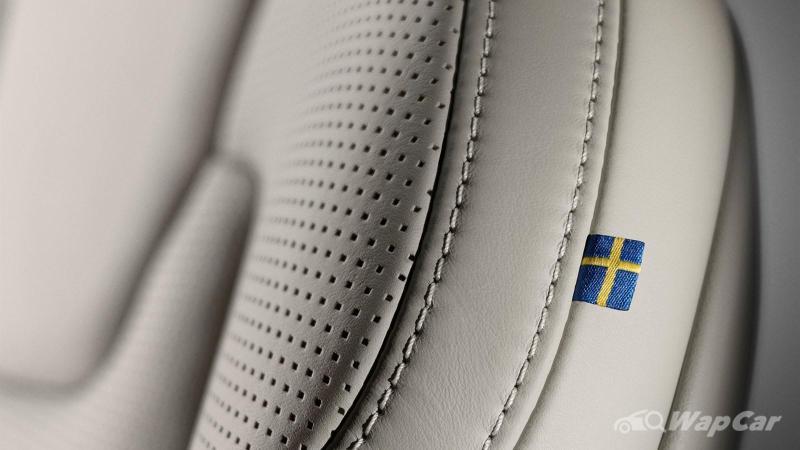 “We started with the Volvo 740 back in 1983,” says Jamie. “The upholstery we produced was a single-tone colour, which is what most cars have today, but interestingly we then developed a two-tone, almost cloud-like effect, on the leather. So it almost looked used, like a good antique armchair that gets better with age.

The selection of which hide to use are made by expert craftsmen and women. “People are so important in this business,” says Jamie. “No two hides are the same, so we have to inspect every single one. And you can’t do that without the human eye.”

“Volvo wants very soft, natural-looking leather,” says Bridge of Weir’s head designer, Debra Choong. “But they want it to meet high standards for wearability. It’s an exciting challenge to develop a leather that has that magical combination of an ultimately natural look, but that is durable and has high-performance qualities.”

Volvo cars that come decorated with Linear Walnut inlays also feature natural wood trims that are hand-made, with book-matched grain pattern, a high-level technique where craftsmen and women selectively cut two veneers from a single piece of wood to create a symmetrical pattern.

Short of a Rolls-Royce or a Bentley, no other car on this side of a million Ringgit feature such attention to detail.

The natural wood trims used in the XC60 Recharge is of Sweden's signature driftwood. What sets Volvo's driftwood apart from brown woods used by other premium brands is its unique grain pattern, shaped by natural forces of wind and water.

“To do a brown wood finish is easy,” says Erik. “To make a light grey wood finish such as Driftwood is very, very difficult. But it’s worth the effort,” explains Erik Åleby, Volvo Car's colour and materials designer.

But some customers prefer aluminum inlays over wood. In the XC60 Momentum for example, it uses Iron Ore aluminum inlays and unlike the one-dimensional feel aluminum inlays (some are actually just plastics made to look like alunimum) favoured by German brands, Volvo's ones feature vertical grain pattern to give further depth to the material's look and feel.

The wood veneers are not the only handcrafted item in a Volvo. The glass crystal gear knob on every plug-in hybrid Volvo is hand-made by Swedish glass specialist Orrefors, whose history dates back to 1726. 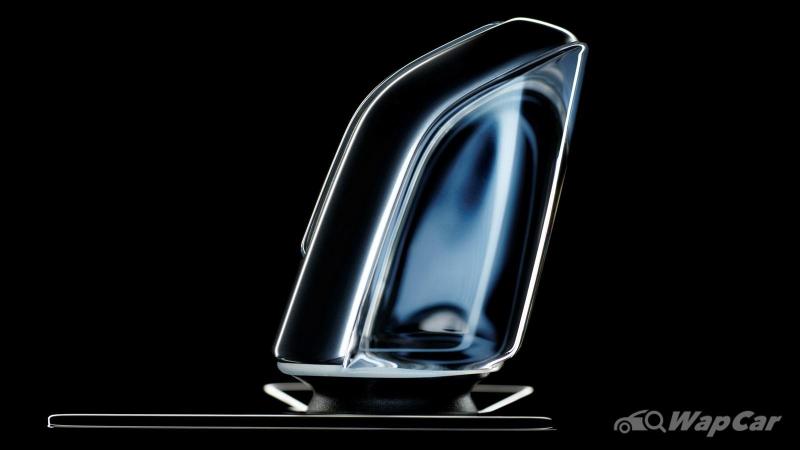 As you can imagine, glass is the most difficult material to work with when designing a car’s interior. It’s heavy, it’s take a lot longer to make (especially using traditional methods at Orrefors), difficult to shape, and more importantly – difficult to comply with safety regulations. All of these add to its higher cost.

But finely crafted glass add a different dimension to a car’s luxury appeal. Rolls-Royce knows this and it’s why the Phantom’s dashboard features a glass ‘gallery.’ 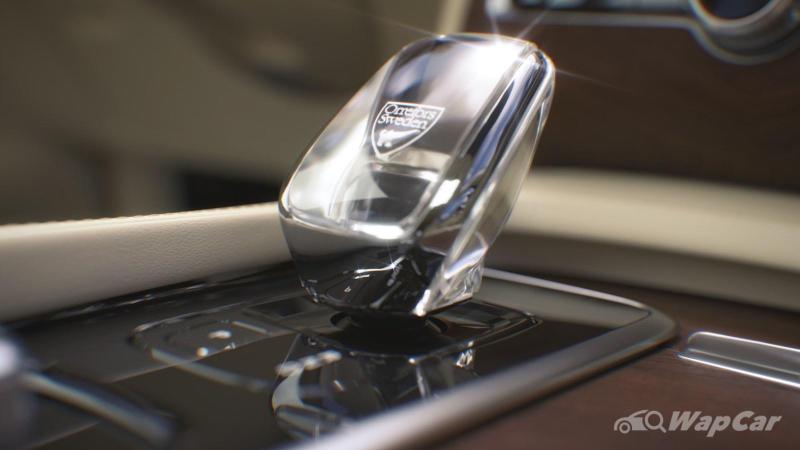 Volvo however, took a different approach since glass feels nicer to touch than plastics, and since the gear knob is one of the first thing a driver touches after getting into the car, it is made from expensive glass crystal.

The effect of soft light filtering through the glass crystal gear knob at night is just stunning.

BMW would later adopt the same material for its gear knob and iDrive controller for some of its recent models, but if you’ve had the chance to experience first-hand, you can immediately tell the difference.

The reason? One is mass produced using soulless industrial methods, the other is hand-made by craftsmen, using skills passed down for generations.

As far as professional pedigree in automotive luxury is concerned, Volvo knows what they are doing, probably better than BMW themselves, which we have to diverge a little and ask – Can anyone answer what is going on with the designs that are coming out of Munich lately?

Notice that Volvo interiors have a distinctively unique Scandinavian flair to it, which in simple terms, is best described as a philosophy that puts humans at its centre, as opposed to putting biggest screens and an impressive array of buttons just to project the image of technological superiority.

Even the mood lighting is carefully placed to soothe the mind. There’s no dance club-style vibe in a Volvo’s interior.

“I learned a lot,” said Page about his previous experience with Bentley, Bugatti and Rolls-Royce.

“And one of the main lessons was to use the best natural materials, respect them, and use them in the right way. As soon as you start using materials in an unnatural way, it stops looking real. Premium materials such as leather and wood must look, and feel, real. Used properly, these materials contribute to the sense of well-being that is so important to Volvo cars.” 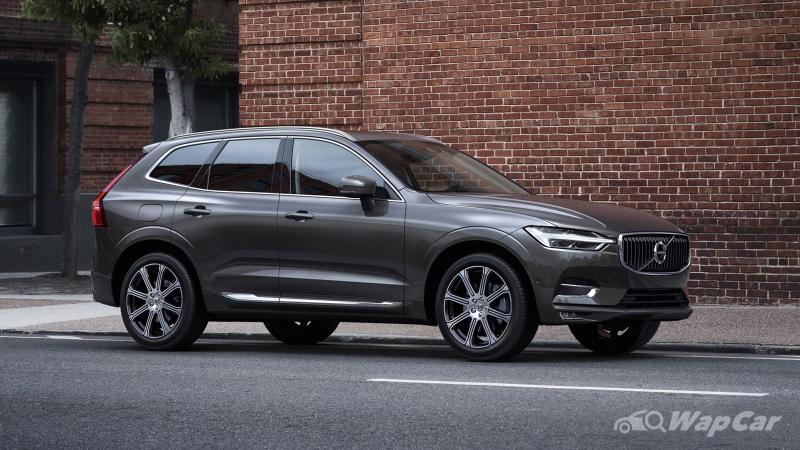 So what do you think? Can you look at Volvo beyond its safety credentials? Can you accept Volvo being mentioned in the same breath as Mercedes-Benz and BMW?

By the way, have you seen this ad? It's the best, most meaningful car ad in a decade, and it doesn't even talk about the car, but people, and that's what Volvo is all about - people. 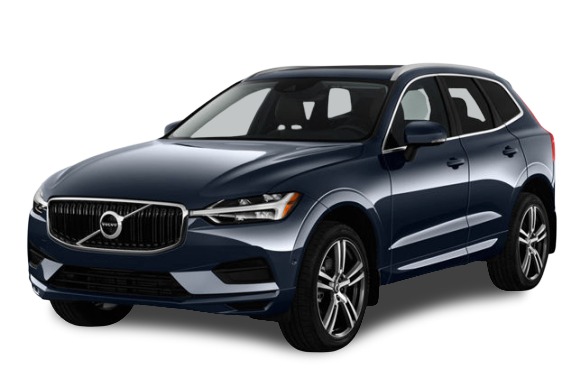