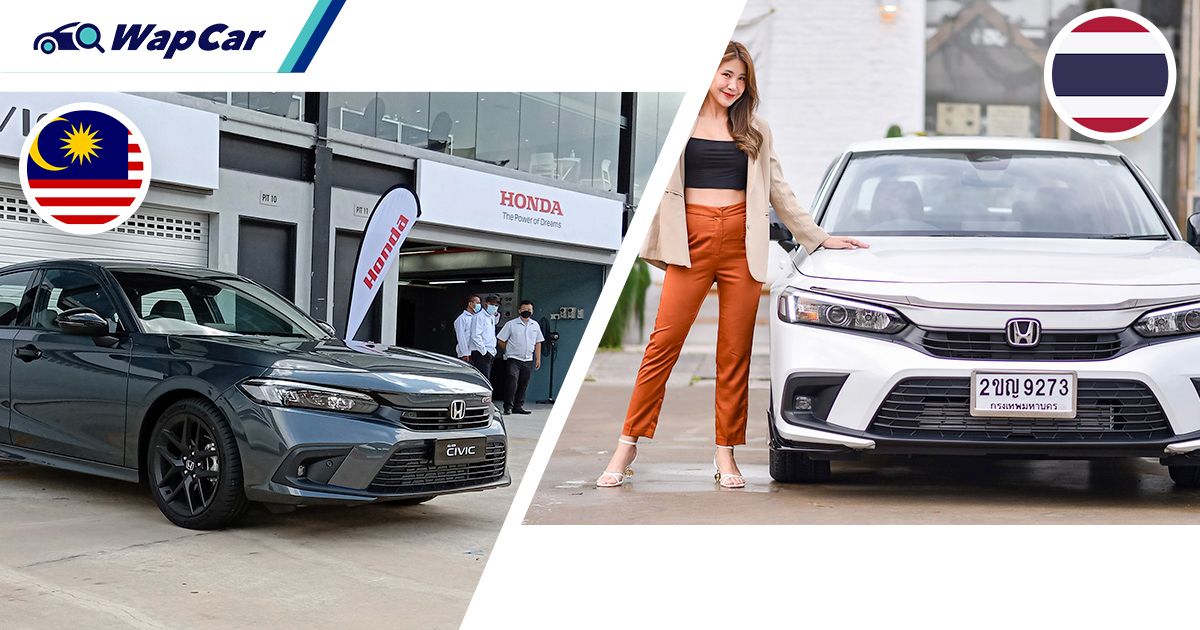 The all-new 2022 Honda Civic FE finally made its launch in Malaysia and whether you like its mature looks or not (We love it), this all-new generation promises to bring some excitement into the dwindling sedan market. 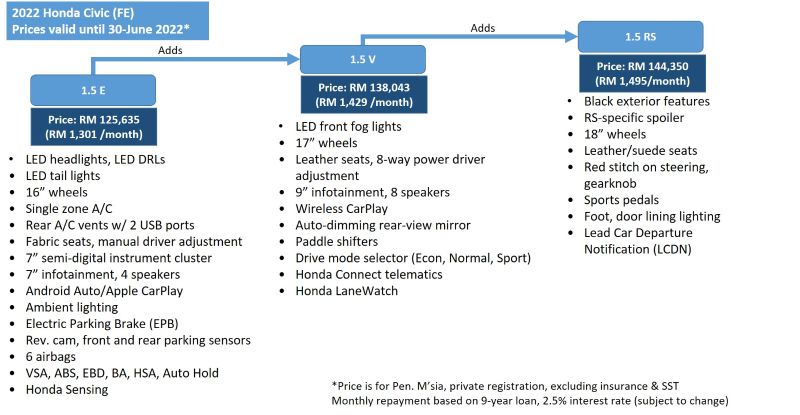 With 3 variants and prices starting from RM 126k, the Civic FE’s Malaysian launch comes 6 months after the Thailand launch. While both the Malaysian and Thai units look similar on the outside, there are some features that we get which our northern neighbour misses out on.

MY Civic gets a more powerful engine

The naturally-aspirated 1.8-litre engine that was on the base variant of the previous-gen Civic FC is discontinued on its successor which mirrors that of our neighbours. Only one engine is offered for the Civic FE which is the turbocharged 1.5-litre VTEC unit.

That engine is basically an updated version of the FC’s turbocharged unit and it produces 182 PS and 240 Nm. Not only does it represent an increase of 9 PS and 20 Nm from the outgoing unit but it’s also 4 PS more than the same unit supplied in Thailand and Indonesia (178 PS).

Also read: Malaysia’s 2022 Honda Civic FE is the most powerful in the region, here’s why 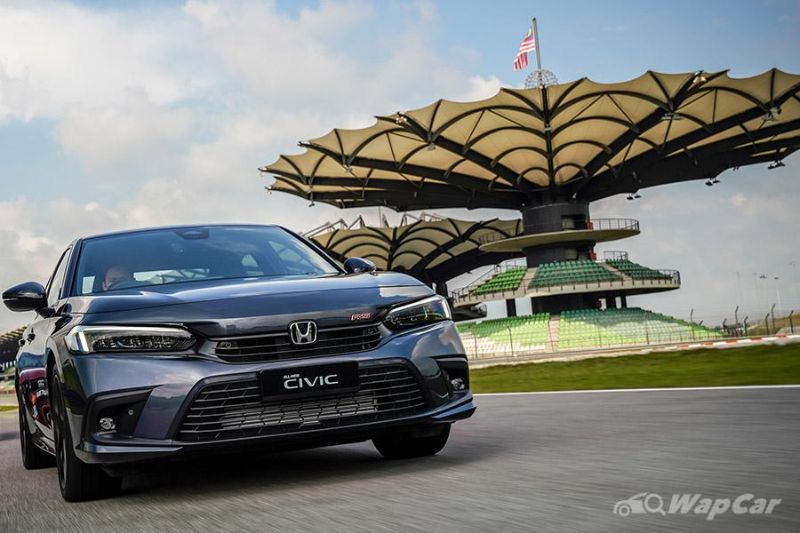 In other words, Malaysia gets the most powerful version of the Civic FE in Southeast Asia. So, despite its seemingly sedated looks, the FE still has the grunt and dynamics of its sprightly predecessor, or as my colleague, Arvind wrote in his review, a BMW.

MY Civic gets 18-inch wheels 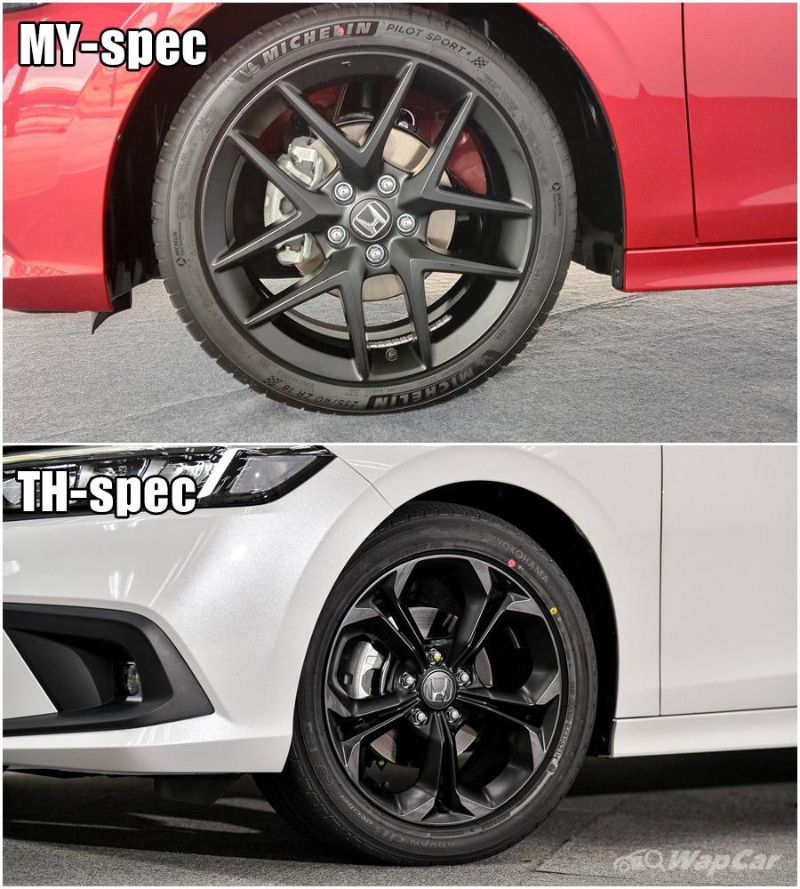 Besides the engine, another feature that gets bigger on the Malaysian Civic FE is the alloy wheels. While the top-of-the-range Civic RS gets 17-inch wheels in Thailand, the Malaysian unit gets larger 18-inch wheels that are shod on Michelin Pilot Sport 4 (PS4) rubbers.

Even the wheel design is different with the 5-spoke 18-inchers sporting a similar look like the North American Civic Si. The Si is a step below the Type R in terms of performance with 200 PS and 260 Nm produced from its turbocharged 1.5-litre unit.

That engine is paired to a 6-speed manual transmission and if you’re feeling disappointed for missing out on rowing gears on the Civic FE, don’t underestimate the CVT gearbox. In our review, we find the CVT has been remapped to give better response and drivability from its predecessor, so all is not completely lost.

MY Civic has rear A/C 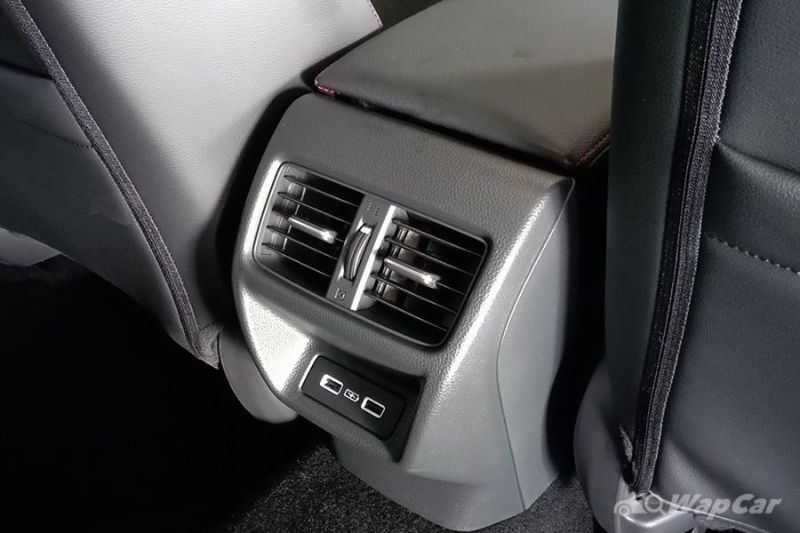 Given Malaysia’s hot and humid weather almost throughout the year, it’s no surprise that having a rear air-cond (A/C) is pretty much a must. Even the Honda City comes with rear A/C as standard.

Surprisingly, despite sharing a similar climate as Malaysia, the Thai-spec FE does not come with rear A/C. Good thing Honda Malaysia realises this and offers the locally-assembled (CKD) FE with rear A/C.

That pretty much enhances the comfort in the rear which is also supported by better rear-seat bolstering than the FC. Elsewhere, sitting below the air vents are a pair of USB chargers to keep the rear occupants charged while on the go.

MY Civic has wireless Apple CarPlay on 2 variants

By this point, car connectivity should be a standard feature on many cars, especially at this price range. Both Apple CarPlay and Android Auto (AA) are standard across all variants of the Civic FE in both Thailand and Malaysia.

On the other hand, wireless CarPlay is available on the two highest variants of the Malaysian-spec FE – the V and RS variants. For iOS users who are interested in getting a Civic with less body kit, the V might be just right for them.

Despite the Malaysian Civic FE getting a more powerful engine and some additional features, there are still a number of tech features that we are missing out on. Most notably is the 10.2-inch fully-digital instrument cluster which is available on the Thai-spec Civic RS.

Standard on all Malaysian Civic FE is a 7-inch digital instrument cluster flanked by a traditional speedometer gauge. To some, this might not be a major dealbreaker as the smaller display is still quite crisp but it does feel like we are missing out on something nice.

Another nice-sounding feature that Malaysians are missing out on the FE is the Honda Smart Key Card. Just like the fully-digital display, this feature is only available in the Kingdom on the RS variant and as the name suggests, the key isn’t some physical fob but a card similar to the ones used by Renault.

Okay, so it’s not as thin as a credit card like the ones offered by Tesla but the card is compact enough to fit into a pocket. It allows smart entry and walk-away auto lock which reduces the need to push a physical button to lock or unlock the car. 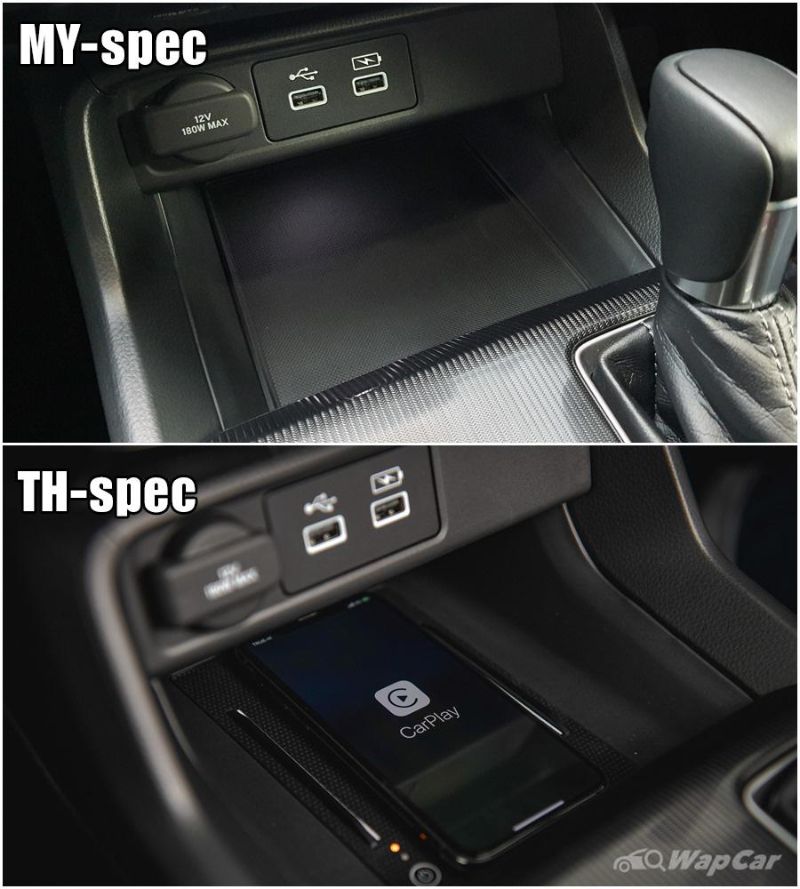 Another missing feature on the Malaysian FE is a wireless smartphone charger which, again, is only available in the Thai Civic RS. It’s interesting for Honda Malaysia to omit this feature but perhaps it’s a compromise for having rear air vents?

So, these are the features found in the Malaysian Civic FE that are missing in the Thai equivalent. Granted, some features on the Thai-spec C-segment sedan are also absent here but would you rather have an FE that looks and feels sporty or one that is packed with tech?