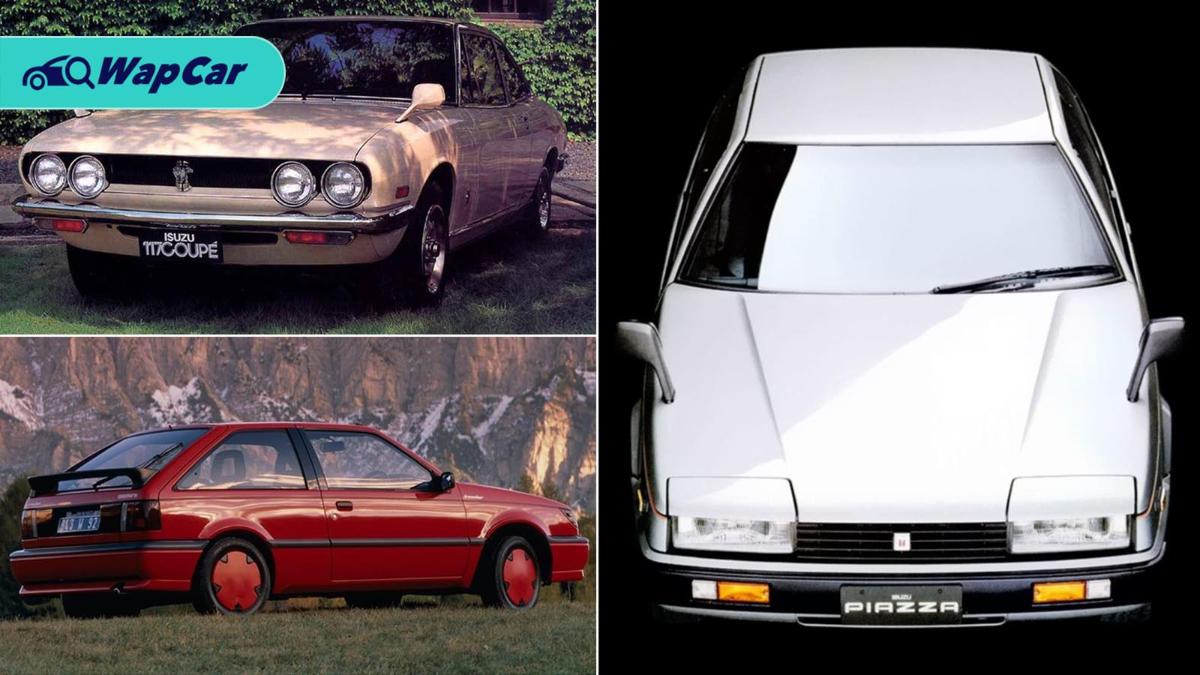 Isuzu is currently the world's biggest manufacturer of diesel engines. The 1.9-litre Ddi Blue Power engine is one of the most reliable engines today and their line-up only consists of pick-up trucks and, occasionally an SUV. But there was a time when Isuzu made cars. Like regular cars. 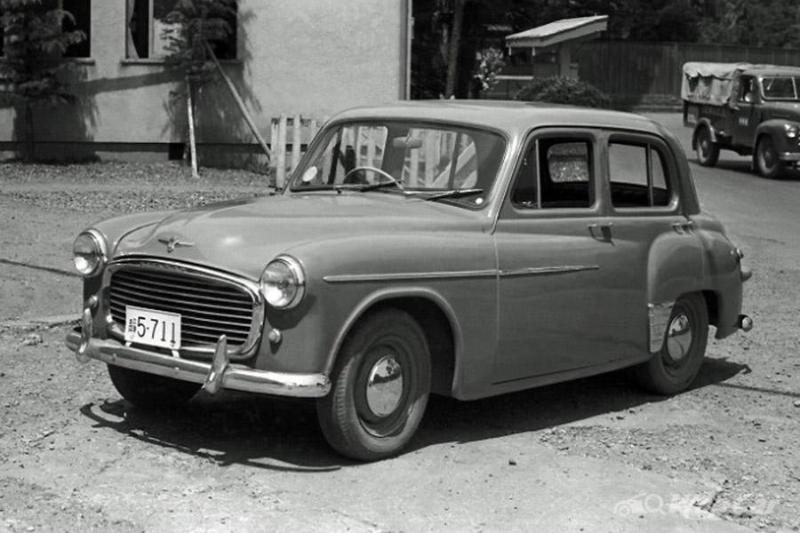 Isuzu’s car history was pretty much a mixed bag. The company was first established in 1916 as Tokyo Ishikawajima Shipbuilding and Engineering Co., Ltd. It started using the Isuzu name from 1949 and its first passenger car was a licensed copy of the British Hillman Minx. It wasn’t until 1962 when Isuzu launched its first own car, the Bellel.

Isuzu’s early cars in the 1960s and 1970s were mostly very contemporary-looking for its time. The Bellel had a very sixties kind of style with chrome trims adorning throughout the large sedan while the Bellett actually looked cool, especially in GTR trim. 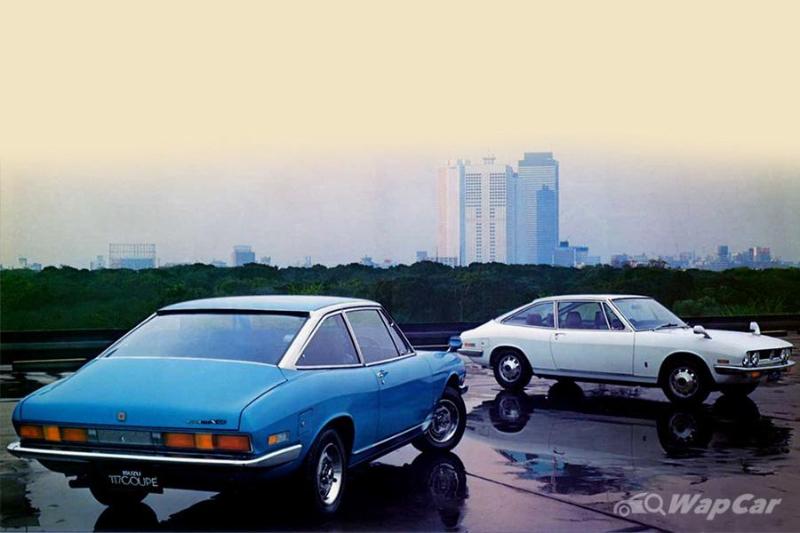 But the most beautiful to come out from Isuzu’s nascent car period was the 117 Coupe. This gorgeous sports car was designed by none other than Giorgetto Giugiaro himself. It was one of the first Japanese cars to be designed by an Italian stylist and this sparked the beginning of a fruitful partnership between Isuzu and Giugiaro. 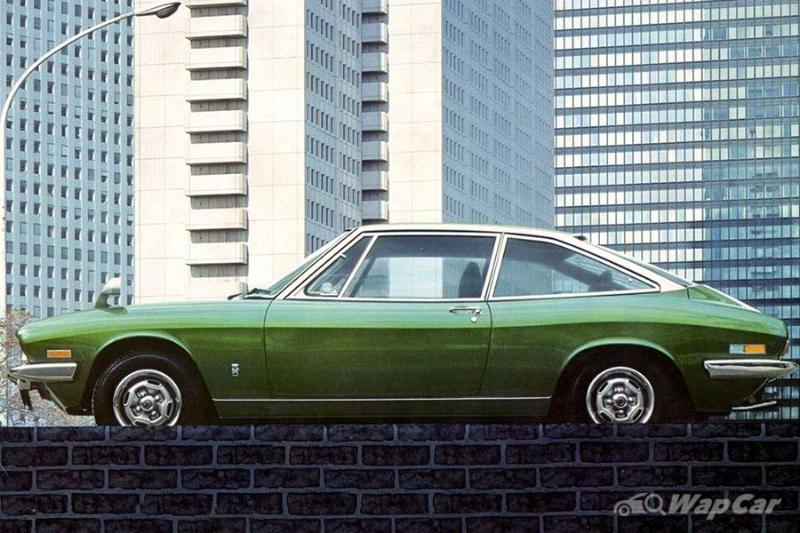 The 117 Coupe competed against the Nissan Silvia and looked more majestic than the Nissan. Even the equipment was pretty grand like leather seats and Taiwanese camphor laurel wood dashboard trims. Isuzu being Isuzu, even offered the 117 Coupe with a 2.0-litre 4-cylinder diesel engine but you can choose normal petrol-powered ones in the guise of a 1.6 or 1.8 4-cylinder. 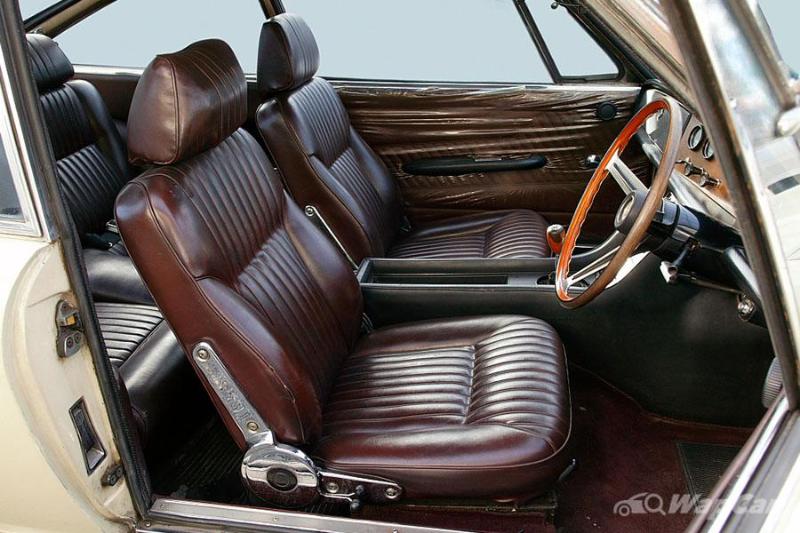 Despite the hefty price tag, Isuzu managed to produce more than 86,000 units throughout its 13 years. Its replacement was as remarkable and iconic.

The Ace of Clubs 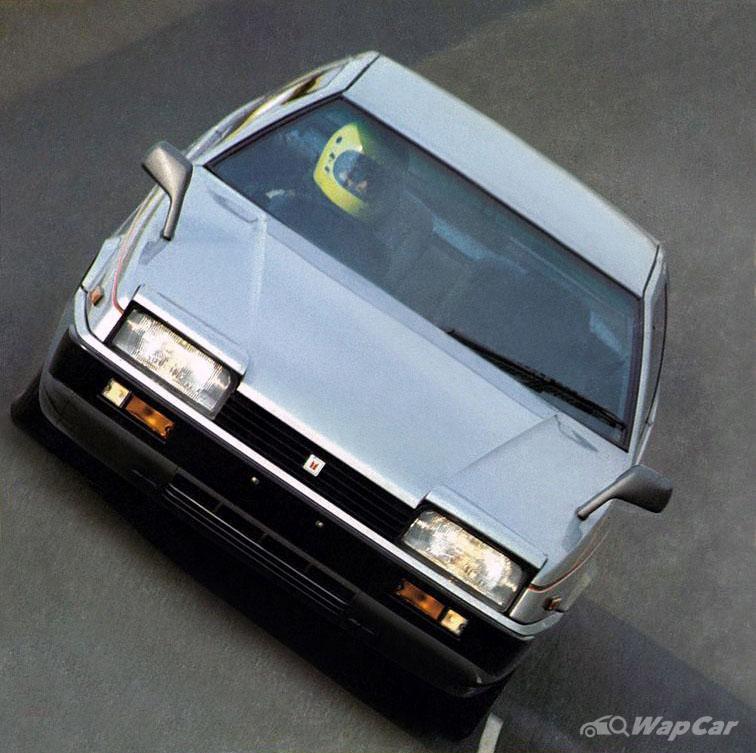 In the 1970s, Isuzu went on a joint venture partnership with General Motors and their subsequent passenger cars were either rebadged Opels, Buicks, or Holdens. Except for the Piazza, which was an Isuzu original.

Okay, it wasn’t really an Isuzu-designed original. It was designed by Giugiaro too and began as the Asso di Fiori or Ace of Clubs in Italian. The concept made its debut in the 1979 Tokyo Motor Show before Isuzu put it into production in 1980. 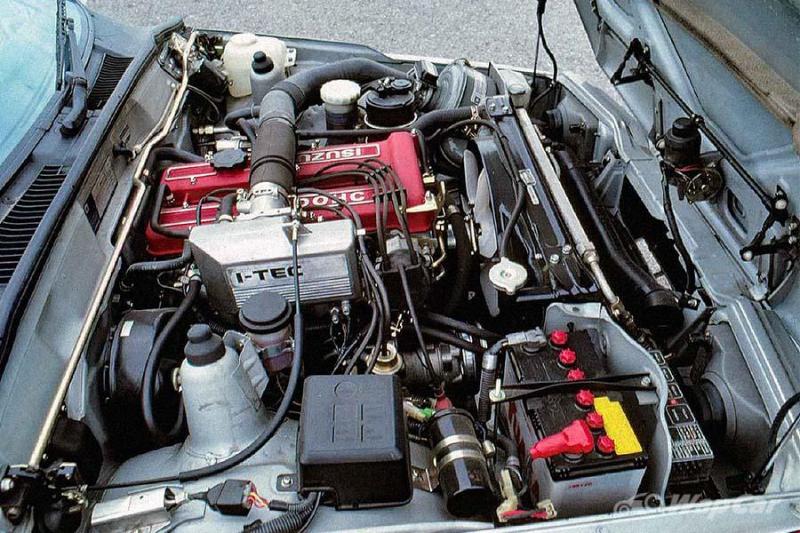 The Piazza was yet another gorgeous Isuzu coupe that was powered by a 2.0-litre turbocharged inline-4 that produced 149 PS. Okay, so it’s not quick but you could get Lotus-tuned suspension on later models. This was when Lotus was owned by General Motors and the partnership between Isuzu and Lotus brings about another interesting tale for some other time. 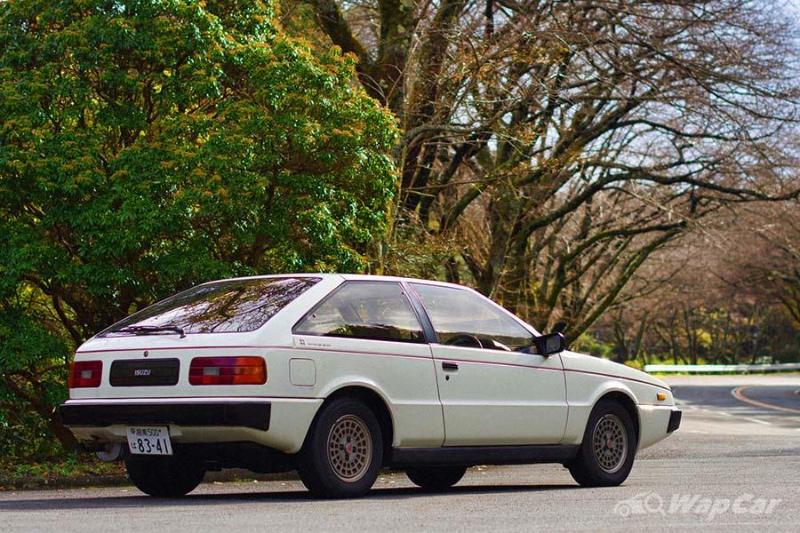 The Piazza might have gotten praises in the beginning before it faltered and sadly it was also the last collaboration between Isuzu and Giugiaro. For the second-generation Gemini, Isuzu commissioned the Italian designer to come up with a design. The Gemini initially resembled closely to the Piazza before GM made a few changes to the design before consulting Giugiaro. 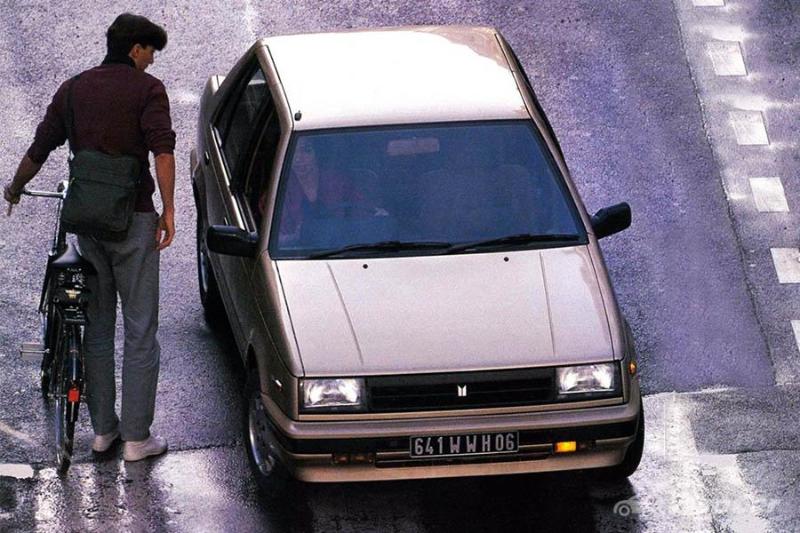 This infuriated the designer who quickly ended his relationship with Isuzu. It went to the point the designer denied the Gemini as his creation until a decade after the car ended production. With one relationship ended, the Gemini opened to a new one, this time with tuning roots.

Irmscher was founded in 1968 and specialised mostly in tuning Opels. Some of their cars competed in different racing classes including rally and circuit racing. But in the 1980s, Irmscher also lent its name to an obscure Japanese brand. 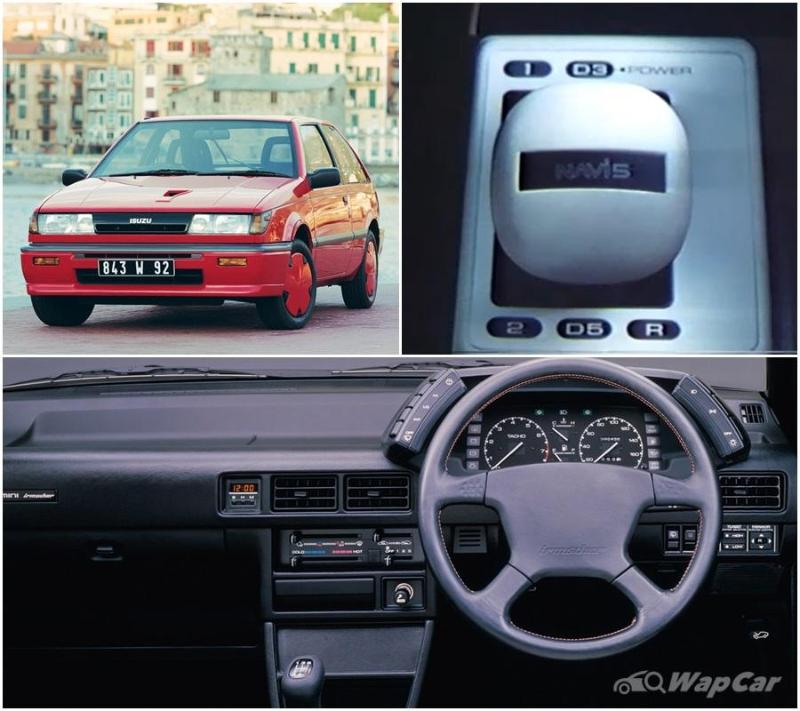 The Gemini Turbo was one of the first Isuzu models to be given the special German tune-up, adding a turbocharger to its 1.5-litre 4-cylinder petrol, giving off 128 PS. This was available as a 3-door hatchback or a sedan with either a 5-speed manual or a 5-speed automated manual transmission called NAVi5. The latter turned out to be a flop for Isuzu for being too complicated and sluggish in acceleration. 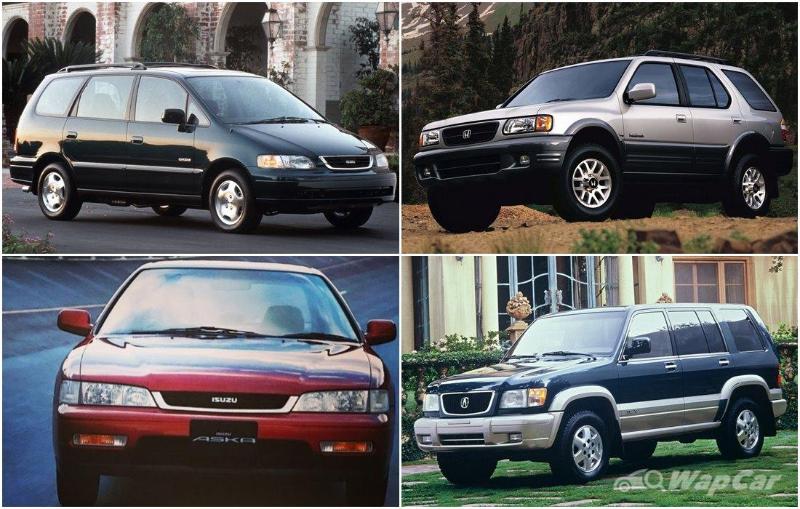 Later on, as the nineties close in, so too did Isuzu’s passenger car program. Isuzu started a partnership with Honda to rebadge some of their passenger cars like the Odyssey and the Accord which became the Isuzu Oasis and Aska respectively. Meanwhile, Honda rebadged some Isuzu models like the Rodeo and Trooper which became the Honda Passport and Acura SLX respectively. 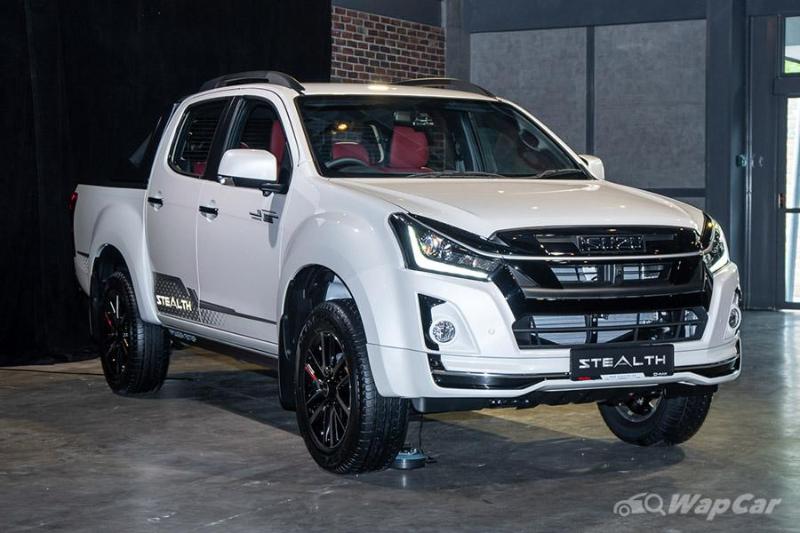 Isuzu decided to halt its slow-selling passenger car sales in the early 2000s and focused more on commercial vehicles instead. Interestingly, Isuzu stood by diesel engines even if their passenger car sales were quickly plummeting with 63.4% of models offered in 1983 powered by an oil burner. 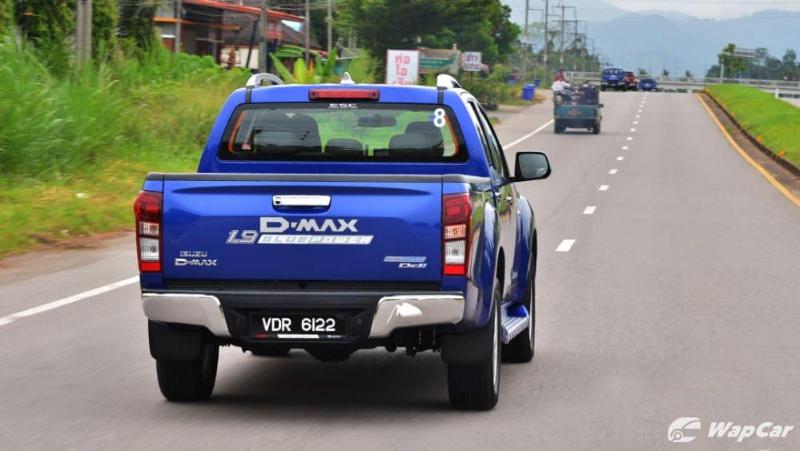 Still, that gave rise to a sleeping giant as Isuzu is more famous for their reliable diesel engines but they did once make some interesting sports cars in the past.